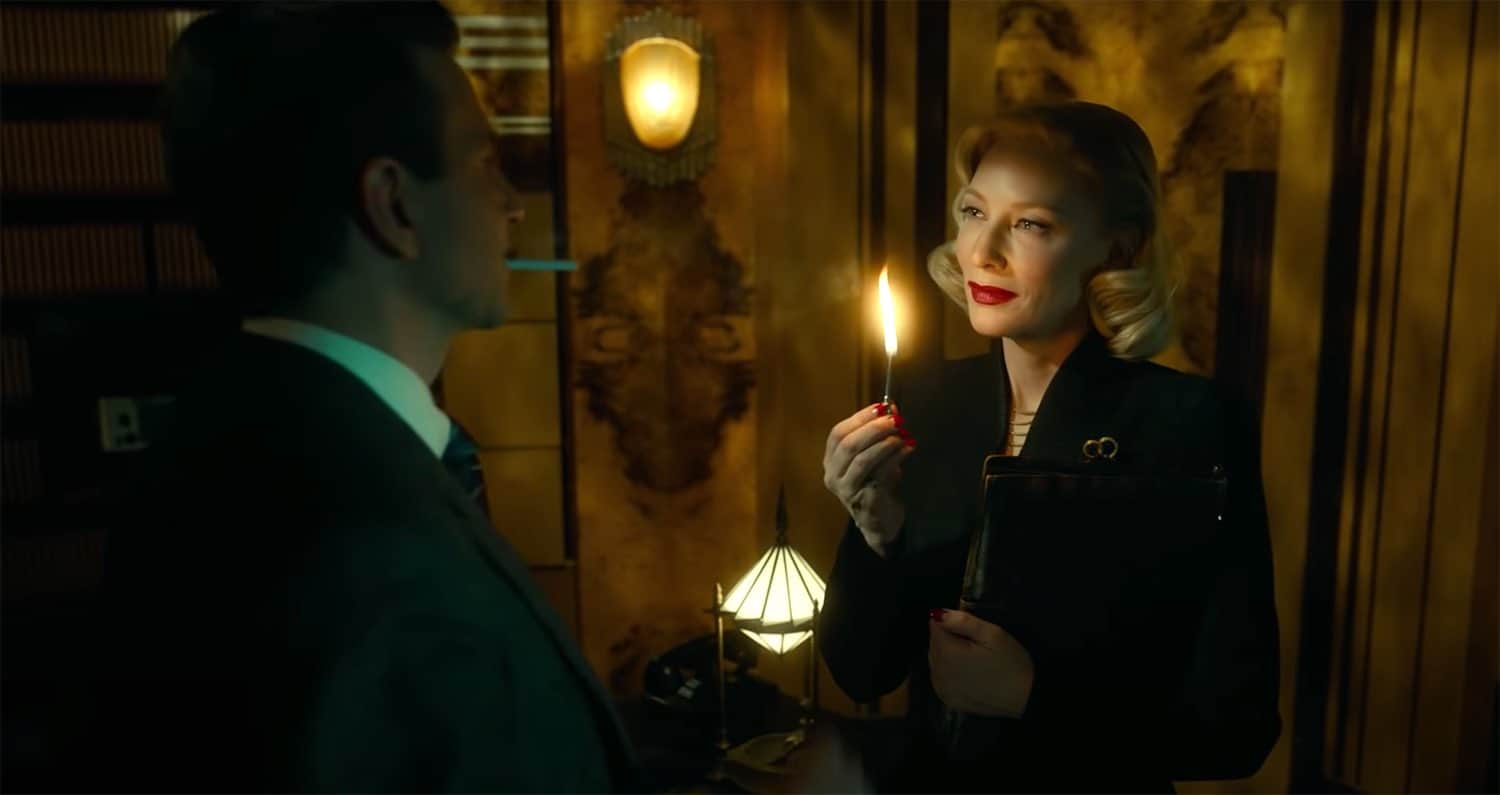 The Low-Down: All of Guillermo del Toro’s feature films have included elements of horror or fantasy. One could be forgiven for thinking Nightmare Alley is the same, but it is not. This adaptation of William Lindsay Gresham’s novel of the same name, which was earlier adapted into a 1947 film starring Tyrone Power, is a neo-noir psychological thriller. 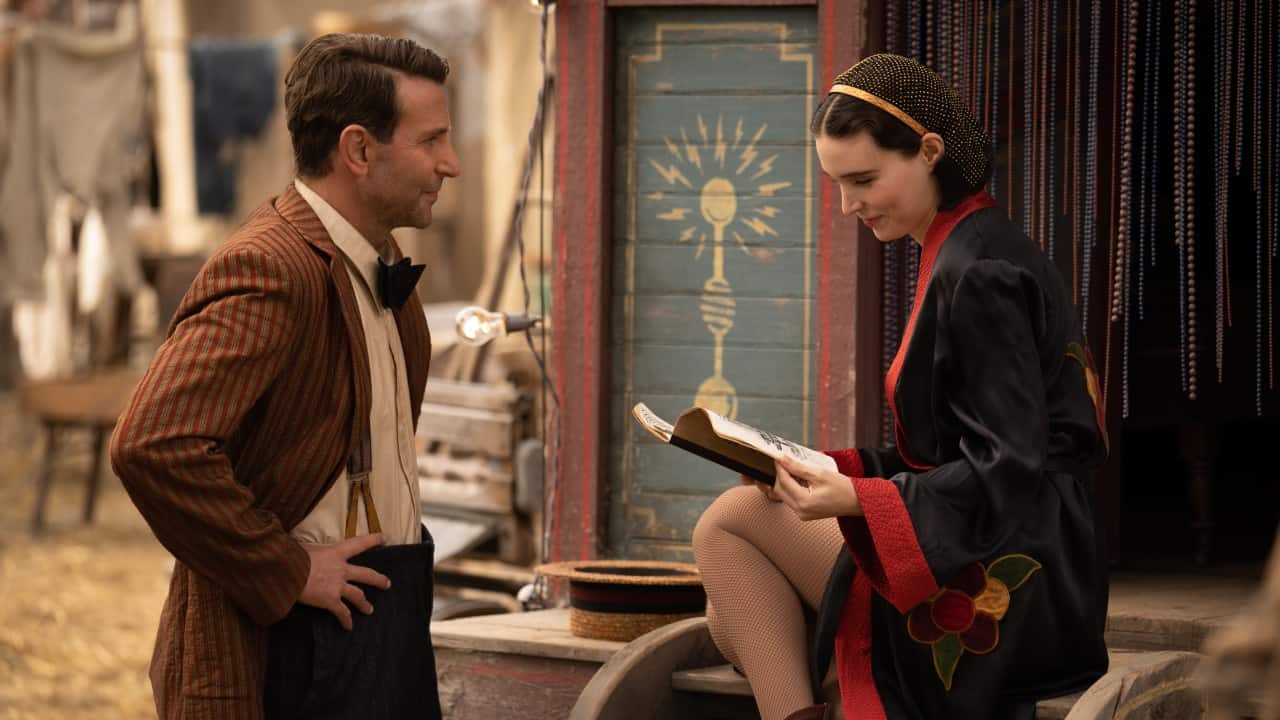 The Story: Stanton “Stan” Carlisle (Bradley Cooper) joins a travelling circus as a carny, doing odd jobs and studying how the various performers’ tricks work. Stan learns mentalism from Zeena Kurmbein (Toni Collette) and her husband Pete (David Strathairn), who perform a psychic act. In the meantime, he falls in love with Molly (Rooney Mara), whose act involves her pretending to be electrocuted. Stan is horrified at the way the carnival boss Clem (Willem Dafoe) treats the “geeks,” alcoholic, drug-addicted bums who bite the heads off chickens for paying spectators. Stan and Molly eventually leave the circus, establishing their own act. Psychologist Dr Lilith Ritter (Cate Blanchett) attempts to expose Stan’s act, and he gradually falls under her spell, a nguishing Molly. As Lilith draws on Stan’s skillset to stage an elaborate and deadly con, one question arises: is Stan innocent, or a willing co-conspirator? 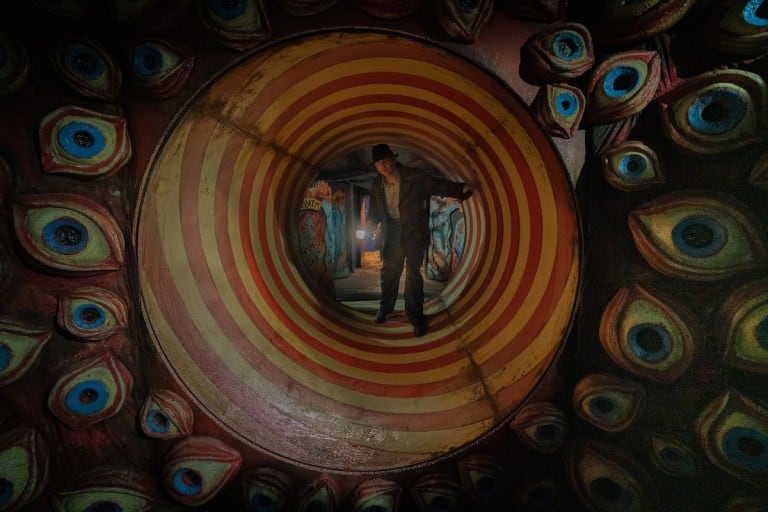 The Good: Del Toro is known for being an atmospheric filmmaker, and Nightmare Alley is brimming with atmosphere. Gorgeously shot and designed, it evokes the feeling of noir movies in an affectionate, layered way. Cinematographer Dan Laustsen plays deftly with light and shadow, as the movie takes viewers from the grimy carny world to the gleam of Chicago high society. While Nightmare Alley is a marked departure from the kind of movies del Toro is known for, many of his trademarks are still present, and is reminiscent of Crimson Peak in many respects. The allure of the movie is that while it takes place in the real world, it feels as if the tendrils of the supernatural are creeping along the edges. Nightmare Alley is moody and deliberately depressing in a way that is somewhat surprising given the warmth present in many of del Toros’ other movies, but also fits the source material. 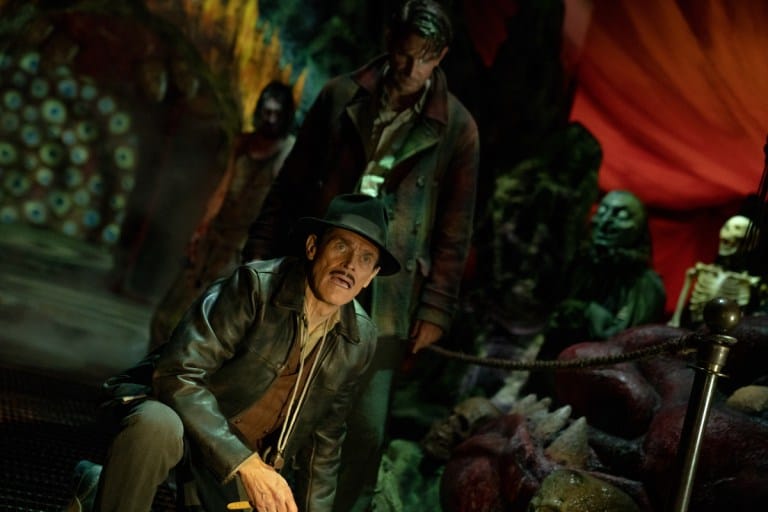 The Not-So-Good: For all its atmosphere, Nightmare Alley is often challenging to engage with emotionally. It’s two movies: the first one at the circus with the carnies, the second in Chicago high society with the femme fatale psychologist. The movie is 150 minutes long, and while the set-up at the circus is necessary, perhaps it doesn’t require over an hour. Indeed, Cate Blanchett, who is second billed, makes her first appearance over a third of the way into the movie. Stan is maybe the first protagonist of this type in del Toro’s filmography: someone who is charming, but whom we are meant to suspect. It’s a far cry from the loveable but misunderstood monsters who often appear in the director’s movies. Suffice it to say, this is no The Shape of Water. Granted, it’s not a bad thing that del Toro isn’t repeating himself, but Nightmare Alley is sometimes straight-up nasty by design, which can be off-putting. Del Toro is sometimes criticised for relying too heavily on references to existing films and other media, and in Nightmare Alley, he is operating in full-on noir mode. Audiences who recognise the style and are registering all the little flourishes might find themselves held at arm’s length from the story. 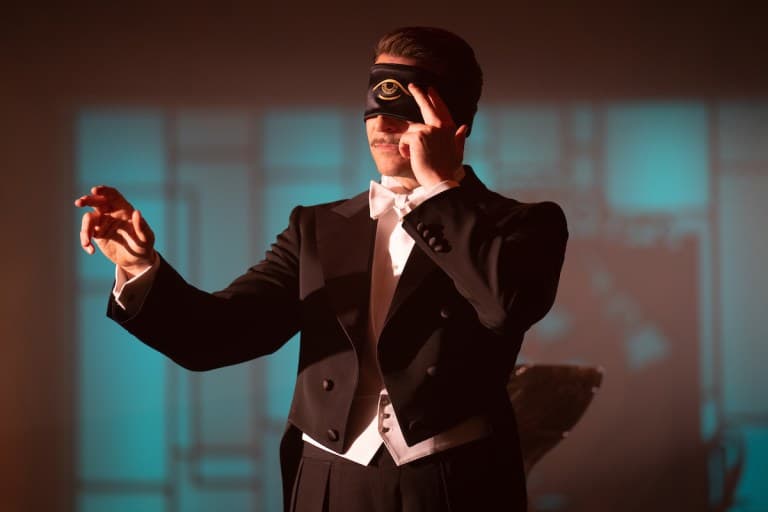 Alley cats: Del Toro is a filmmaker whom actors often enthusiastically say they want to work with, so it is no surprise that the cast is stacked. Bradley Cooper is alternately sympathetic and slimy, playing a con artist who will make audiences wonder how much of what he’s up to is strictly for survival. This is a role that Leonardo DiCaprio was initially attached to, which makes sense. It starts out restrained, before becoming flashier. 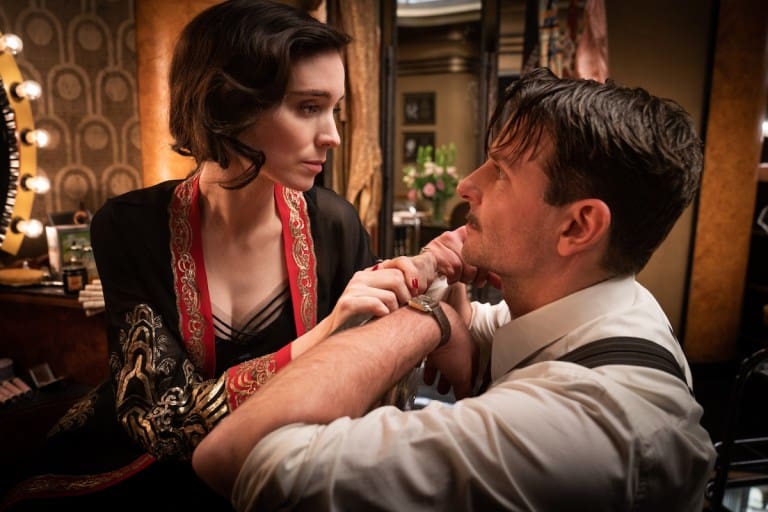 Rooney Mara turns in a quietly sad, endearing performance as an innocent drawn into Stan’s web, while Cate Blanchett plays a textbook femme fatale with a knowing wink. Everywhere else one looks, there are character actors of a high calibre, including many who have collaborated with del Toro before. Willem Dafoe as an unscrupulous carny boss and Richard Jenkins as the wealthy mark of a con are the highlights.

Recommended? Somewhat – it is interesting to see Guillermo del Toro play in slightly different territory, but Nightmare Alley doesn’t quite pay out like it should.