The Low-Down: “Weird Al” Yankovic has a song called “Skipper Dan,” a melancholic tale of a Juilliard grad who must settle for being a Disney theme park cast member, playing the skipper on the Jungle Cruise ride. It’s a song about how following one’s dreams can often end in soul-crushing tedium, something this critic certainly knows nothing about. Anyway, we’re getting an upgrade from Skipper Dan to Skipper Dwayne in this movie based on said theme park ride. 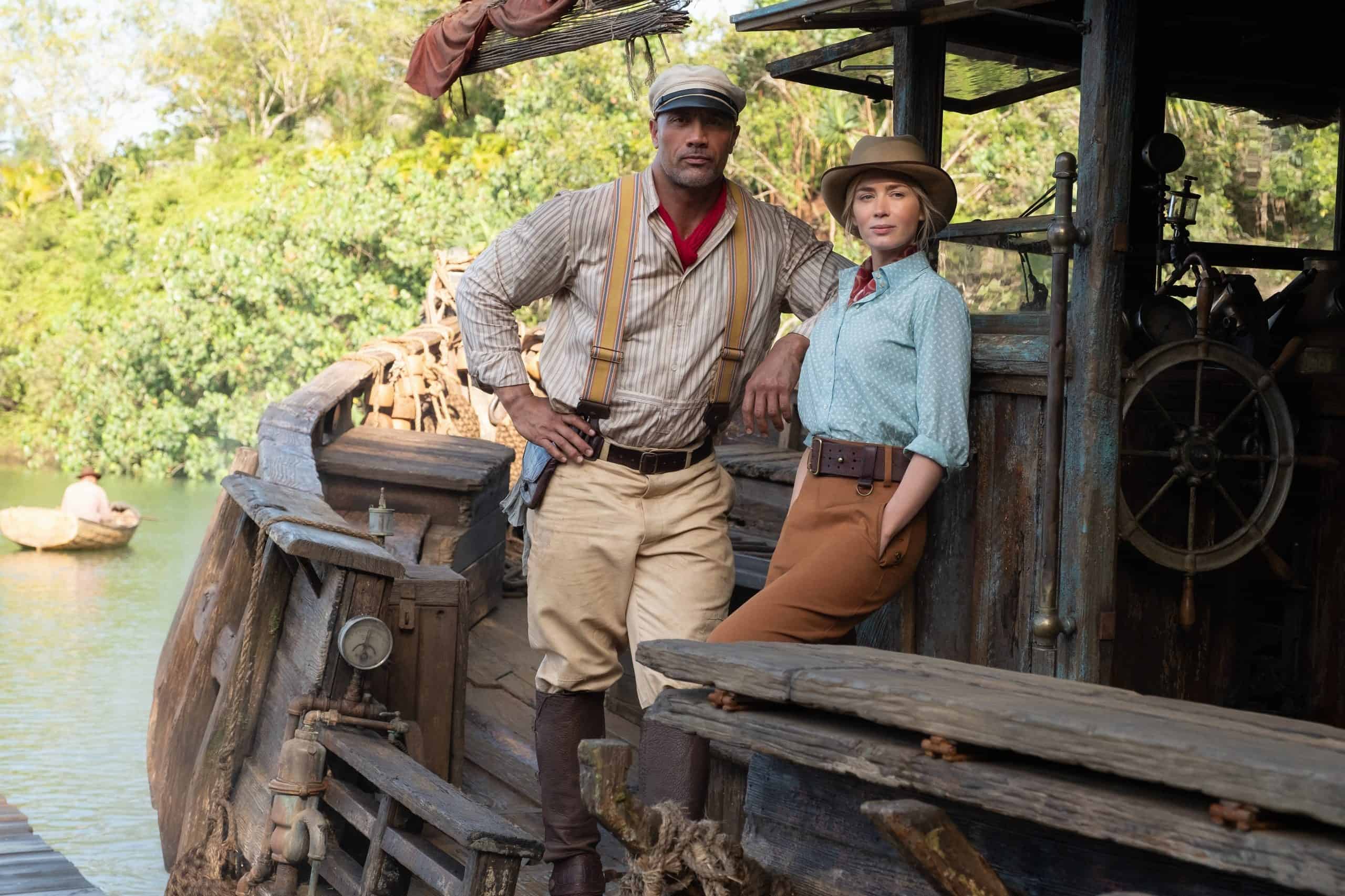 The Story: It is 1916. English botanist Dr Lily Houghton (Emily Blunt) is in search of the fabled Tears of the Moon, a tree deep in the Amazon jungle which has petals said to cure any ailment. Lily’s brother McGregor (Jack Whitehall) would much rather live a luxurious existence but is dragged along on the expedition by his sister. Arriving in Brazil, they come across Skipper Frank Wolff (Dwayne Johnson), who gives river tours on his beat-up steamboat La Quila and is armed with corny one-liners. Frank is not above a bit of grifting and deception to get by, and behind on his payments to harbourmaster Nilo (Paul Giamatti), jumps at the chance to ferry Lily and McGregor when he finds out they are rich. Also hunting for the Tears of the Moon is Prince Joachim (Jesse Plemons), an obsessive German aristocrat who takes a submarine into the Amazon. The Houghton siblings and Frank must battle all manner of obstacles, including undead Conquistadors led by the ruthless Aguirre (Édgar Ramírez).

The Good: Jungle Cruise is a throwback and one that a certain section of moviegoers will find welcome. This movie is a throwback in that it’s a period adventure movie, but also a throwback to a time before Disney owned intellectual property like Marvel and Star Wars and before they were regularly remaking their animated films. Disney’s most successful attempt at turning a theme park attraction into a potential film franchise was with Pirates of the Caribbean, which Jungle Cruise bears many similarities to. Director Jaume Collet-Serra, known for directing Liam Neeson-starring thrillers like Unknown, Non-Stop, Run All Night and The Commuter, aims to recapture the spirit of those rip-roaring adventures. Flavio Labiano’s cinematography is textured and warm, while James Newton Howard provides a rousing score. There is some haunting horror movie-adjacent imagery, especially the one undead Conquistador who is covered in honeycombs and bees, Candyman-style.

Emily Blunt puts in a wonderful starring turn, as a spirited woman who has been rejected from her chosen field based on being a woman. There are notes of studio-ordered “strong woman protagonist,” but Blunt transcends that with an energetic, committed turn. Jesse Plemons plays against type, channelling Christoph Waltz as a power-mad royal, making for an entertaining villain.

Adventure stories are often intrinsically tied to a fundamentally colonialist worldview: the hero is often a European or American man outrunning the spear-wielding savages. Sometimes, a village is in dire straits, and only the hero can save the primitive folk. One can’t help but cringe at such depictions, with movies like Indiana Jones and the Temple of Doom being straight-up racist. Jungle Cruise subverts this with its portrayal of indigenous Amazon tribespeople and seems to be very conscious of the uncomfortable colonial undertones that many movies in this genre possess, intentional or otherwise. We won’t give too much away, but there is a commendable attempt at addressing one of the more controversial elements of the ride.

The Not-So-Good: Jungle Cruise can sometimes feel like a facsimile of a facsimile – it invokes Romancing the Stone and Indiana Jones, which in turn were inspired by movies like The Treasure of the Sierra Madre. Jungle Cruise can either be taken as refreshing, given how different it is from the standard summer blockbuster one might get in 2021, or somewhat stale, given its old-fashioned sensibilities which have been processed through the Disney studio machine. It’s impossible to ignore how much this movie wants to be The Mummy (1999): Frank is analogous to Rick, Lily to Evelyn, McGregor to Jonathan and Aguirre to Imhotep. Alas, it’s some ways off from that. The midsection sags, and at 127 minutes, this feels a shade too long. The movie is filled with computer-generated animals, and one would think that after 2016’s Jungle Book, Disney would have mastered this art, but sometimes the animals can’t help but feel a little artificial. 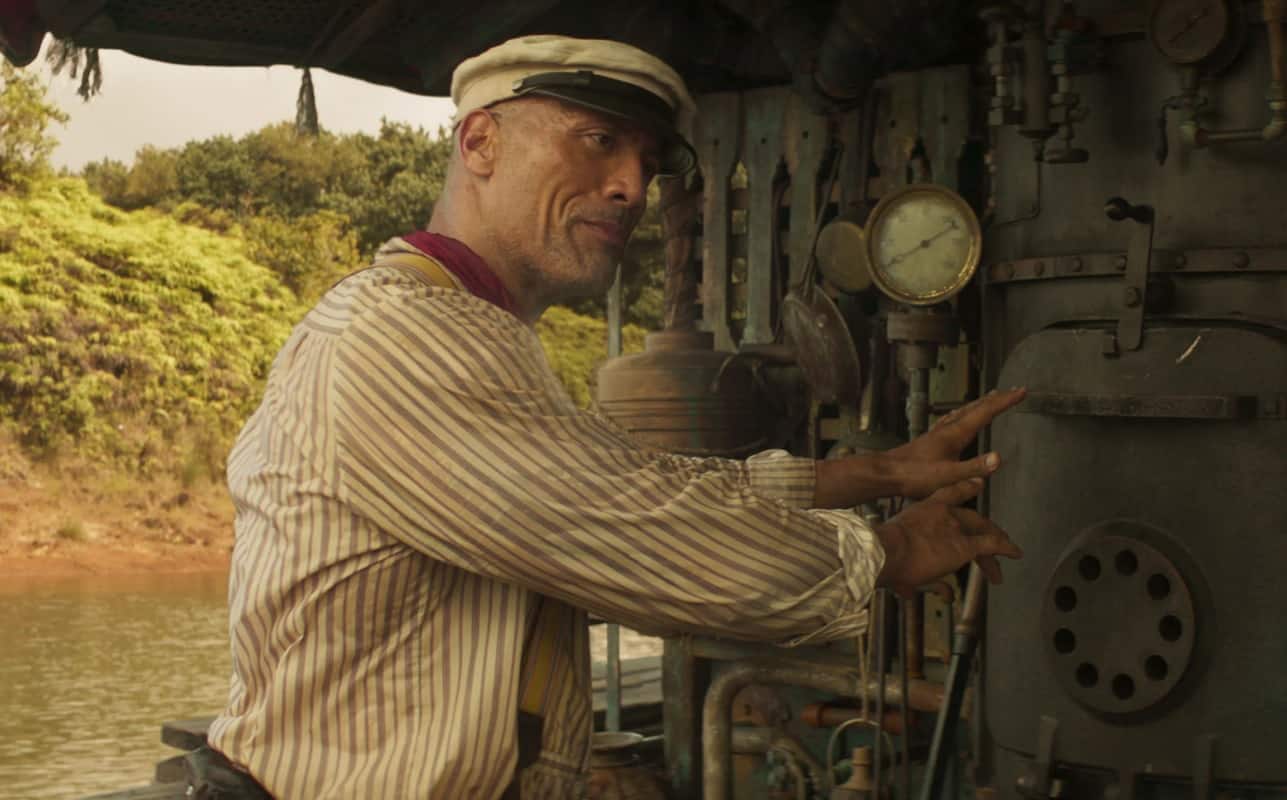 Rock the boat: Unfortunately, Dwayne Johnson is a major problem with this movie. Sure, he’s charismatic as always and can play a roguish adventure movie hero in his sleep, but he just doesn’t fit with the WWI-era setting and shares little romantic chemistry with Blunt, such that the love story subplot becomes actively uncomfortable. Frank is inspired by Humphrey Bogart’s steamboat captain character from The African Queen – this is Bogey if he ate 14 egg whites for breakfast and if his boat had a gym hidden somewhere. Johnson’s larger-than-life presence, which has served him well in many other roles, is distracting and doesn’t complement the setting or story. Perhaps someone like Pedro Pascal, Rodrigo Santoro or Oscar Isaac might have fit the role better. However, there is an excellent scene in the second act in which Frank’s intriguing backstory is revealed.

Recommended? Yes, especially if you have an attachment to the theme park ride, groan-worthy puns and all.