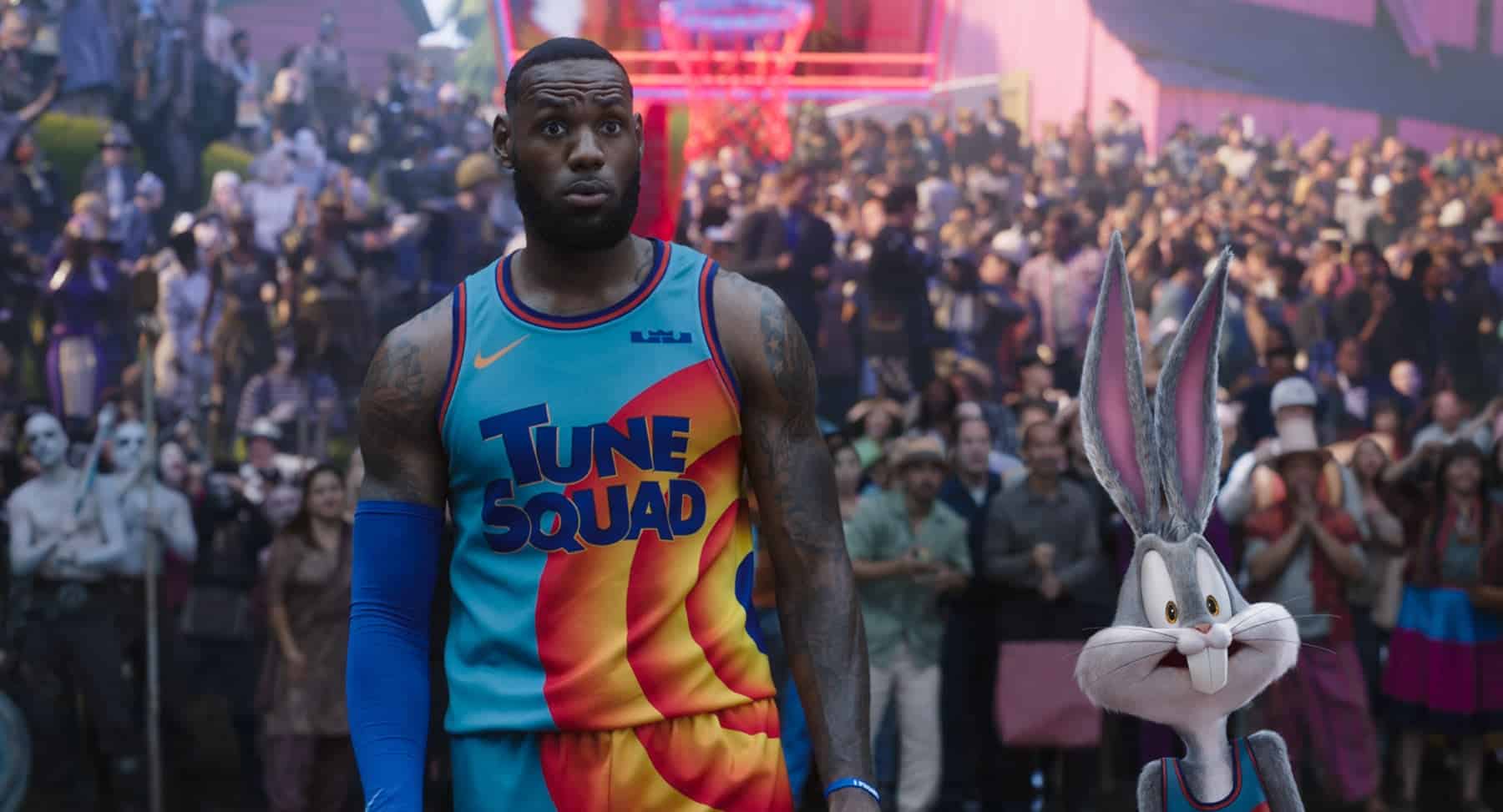 The Low-Down: In the 1990s, there was a spate of basketball players trying their hand at becoming movie stars. There was Dennis Rodman in Double Team and Simon Sez, John Salley and Rick Fox in Eddie, Ray Allen in He Got Game and Shaquille O’Neal in Kazaam and Steel. By far the most memorable of these was Michael Jordan in Space Jam. 25 years later, LeBron James steps into those Nikes to lead Tune Squad. 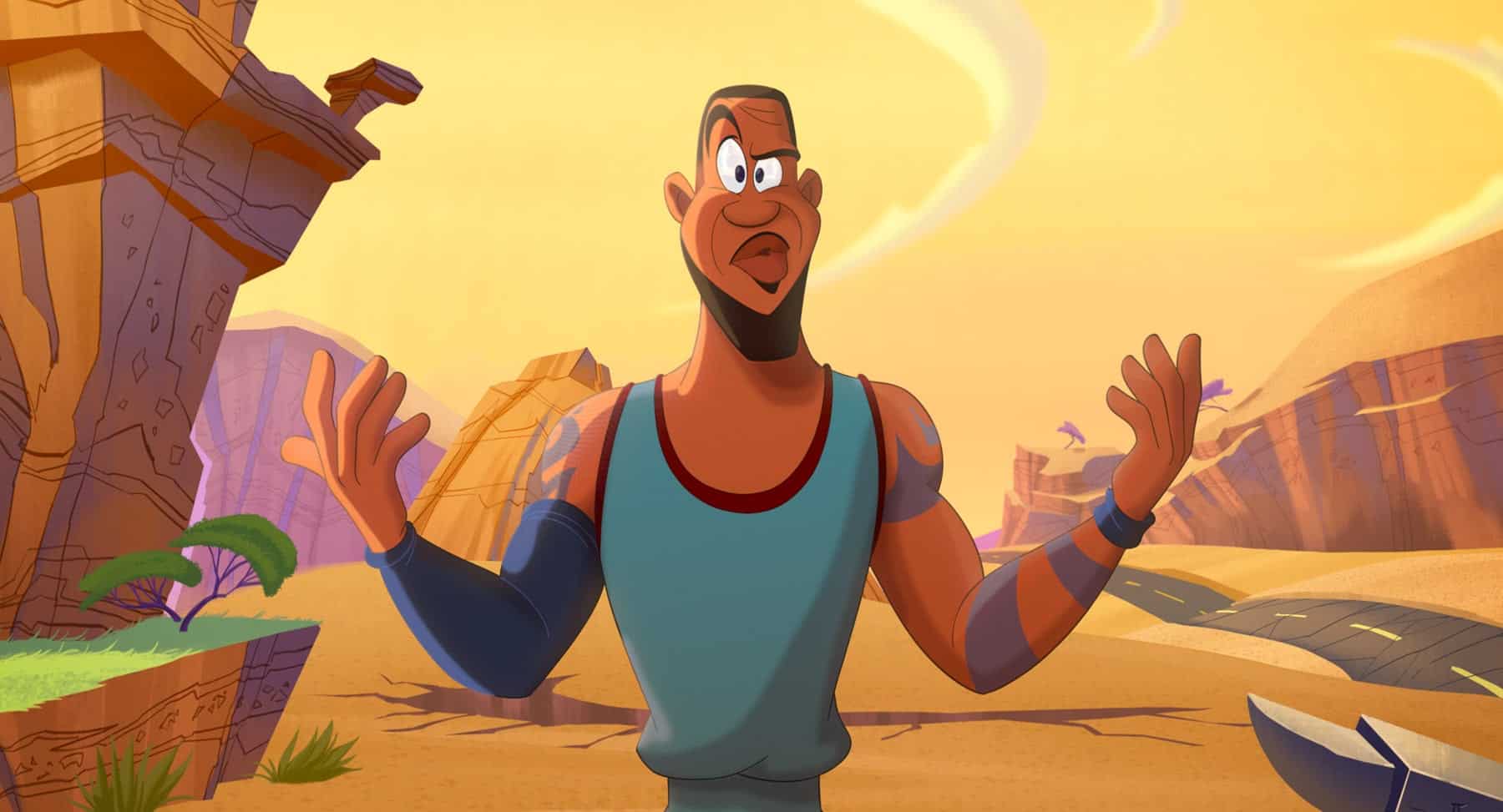 The Story: LeBron James (LeBron James) is having a bit of a rift with his younger son Dom (Cedric Joe). Dom is passionate about computer programming and videogame development, building his own game at just 12 years old, but LeBron is pushing his son to perform on the basketball court. LeBron brings Dom along to a meeting at Warner Bros, where father and son are absorbed into the “Serververse”. This is where Al G. Rhythm (Don Cheadle), a sentient program, holds court. He pits father and son against each other in a basketball game inspired by the game Dom is building. LeBron traverses the various realms of Warner Bros-owned intellectual properties, meeting the Looney Tunes. Bugs Bunny (Jeff Bergman) reunites his friends, including Daffy Duck (Eric Bauza) and Lola Bunny (Zendaya), to form the Tune Squad. LeBron doesn’t have much hope in his team but must get them into shape to face off against the Goon Squad, comprised of augmented digital avatars based on basketball players including Klay Thompson, Anthony Davis, Diana Taurasi and Nneka Ogwumike.

The Good: There are parts of the movie that are surprisingly emotional, and the father-son story is a fine backbone for a family film. The animated sequences are excellent, especially the 2D-animated stretch of the movie. There is a sophistication to the visual effects work which is commendable, and some of the design work is fun too. LeBron James is much more natural voicing the animated version of himself than he is on camera, even though he’s far from the worst athlete-turned-actor. It must be slightly strange for LeBron to act opposite actors playing fictionalised versions of his wife and children, but they mostly sell it. 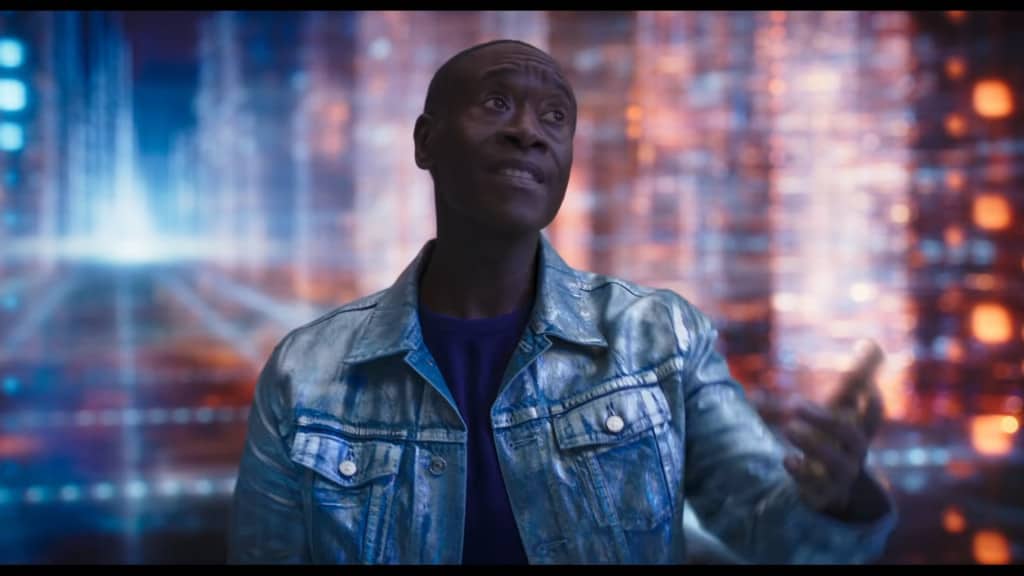 Don Cheadle is a lot of fun in the villain role. Al G. Rhythm is a computer program, but Cheadle plays it completely relaxed and very human.

This reviewer loved the 2D-animated sequences set in the DC Animated Universe. It’s a thrill seeing those designs on the big screen. There’s also a section of the movie involving Wonder Woman that made this reviewer tear up. There is also one genuinely inspired cameo from a human actor late in the game. 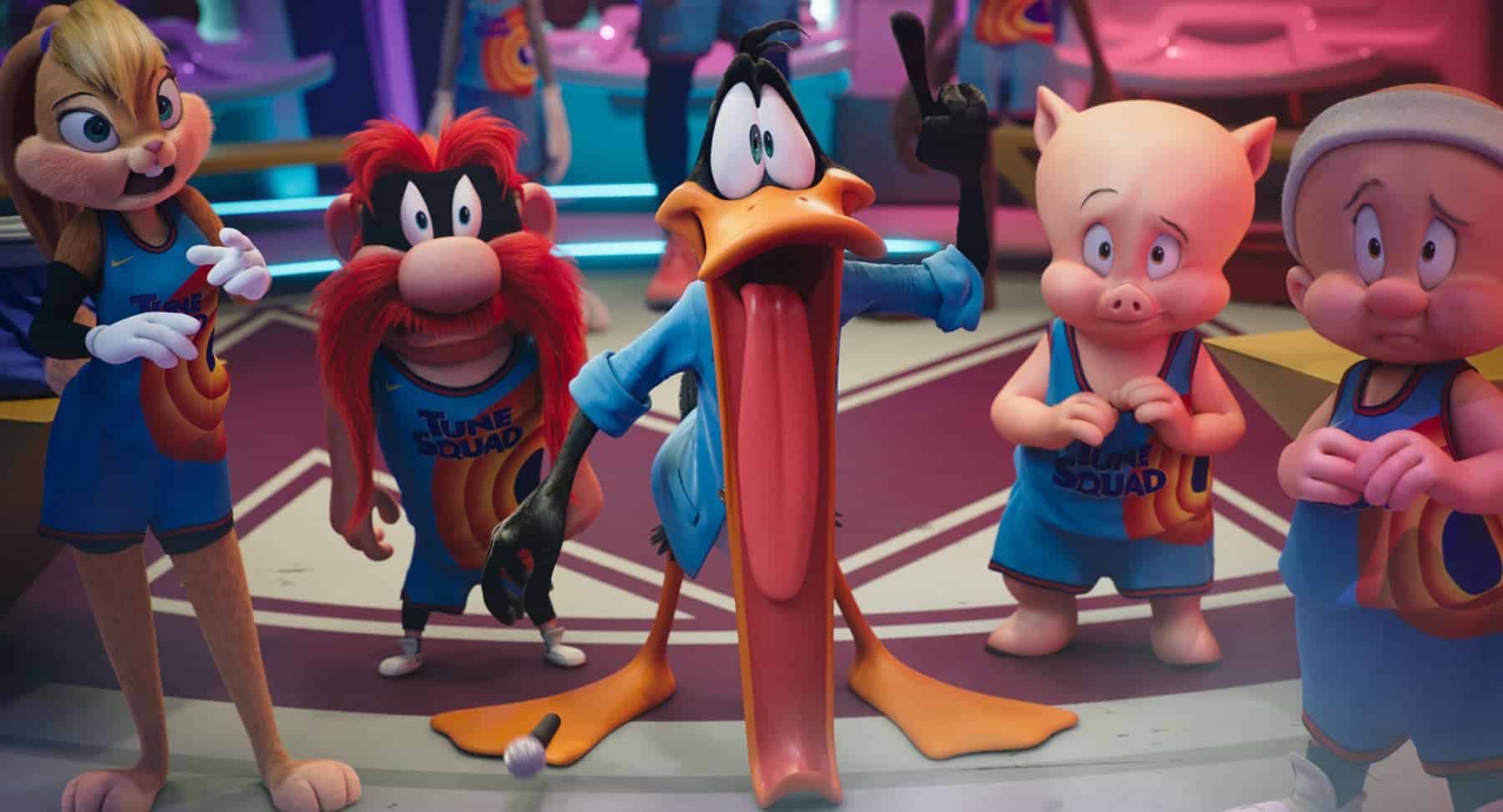 The Not-So-Good: This is “Corporate Synergy:The Movie”. Space Jam: A New Legacy is a pop culture nostalgia ouroboros. This is what happens when studios bank too heavily on recognisable IP, it starts to become a snake swallowing its own tail. The Looney Tunes characters have always been self-aware, and media involving them has always been heavy on pop culture references, but this lacks the wit of Looney Tunes: Back in Action, which was a wry showbiz satire. Here, the combination of various Warner Bros-owned properties can often feel clumsy. The LEGO Movie, Wreck-It Ralph 2 and even Ready Player One all executed this much more elegantly. There are six credited writers, four of whom also have a “story by” credit, which is usually an indication of far too many studio-mandated rewrites. 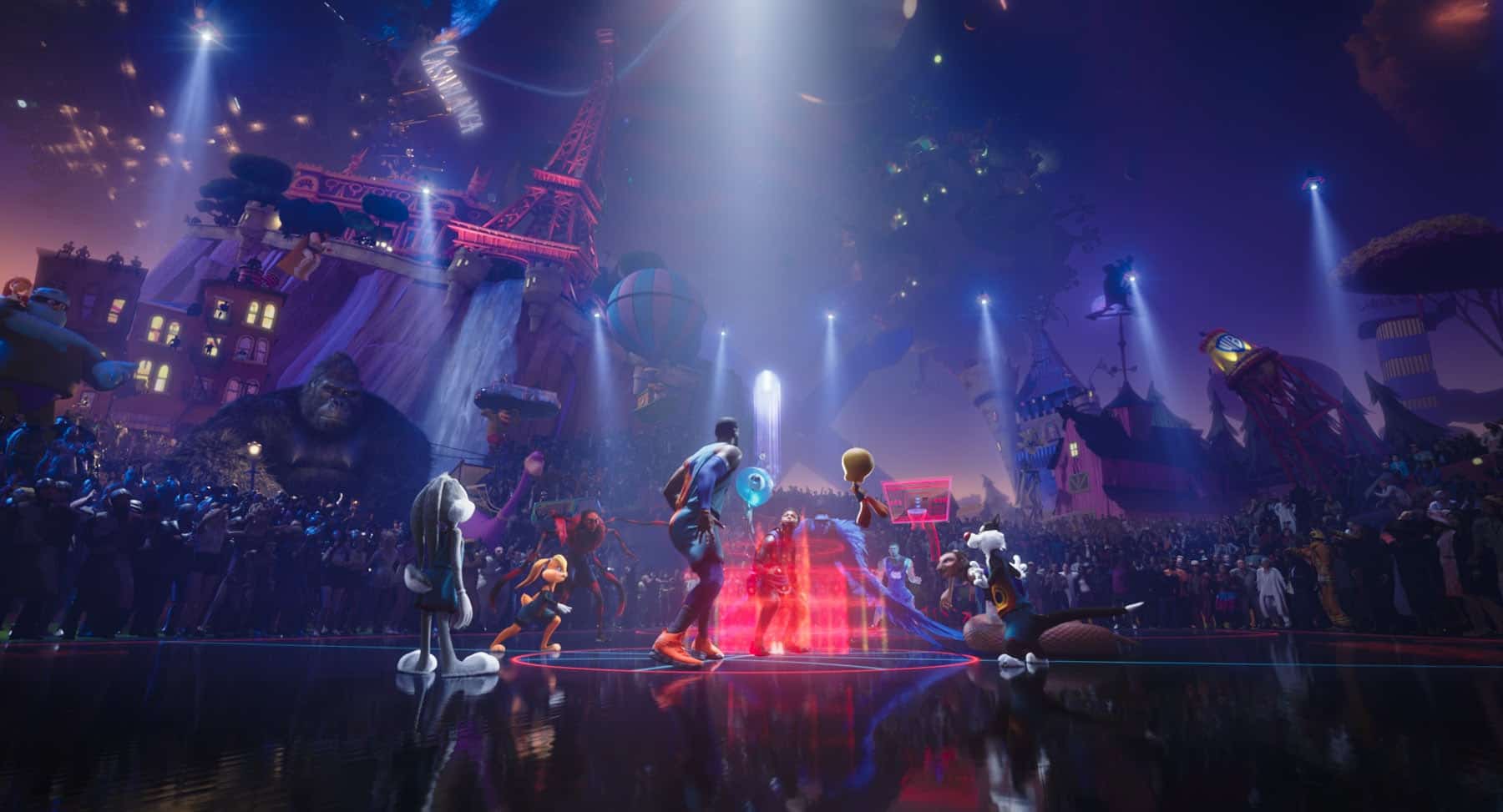 The climactic basketball match, which should be the highlight of the film, just goes on for way too long. It is interrupted by an unbearable sequence in which Porky Pig (Eric Bauza) performs a rap. It’s the moment during which the movie feels the most out of touch.

The audience at this match is comprised of characters from all sorts of Warner Bros. properties, including decidedly non-family-friend titles like Game of Thrones, It, A Clockwork Orange, and most bizarrely, Ken Russell’s The Devils. The characters are all played by extras in costume, such that they feel more like cosplayers at a comic convention than the characters they’re meant to be. Compare this to when Disney got every living Disney Princess voice actor back for a sequence in Wreck-It Ralph 2. 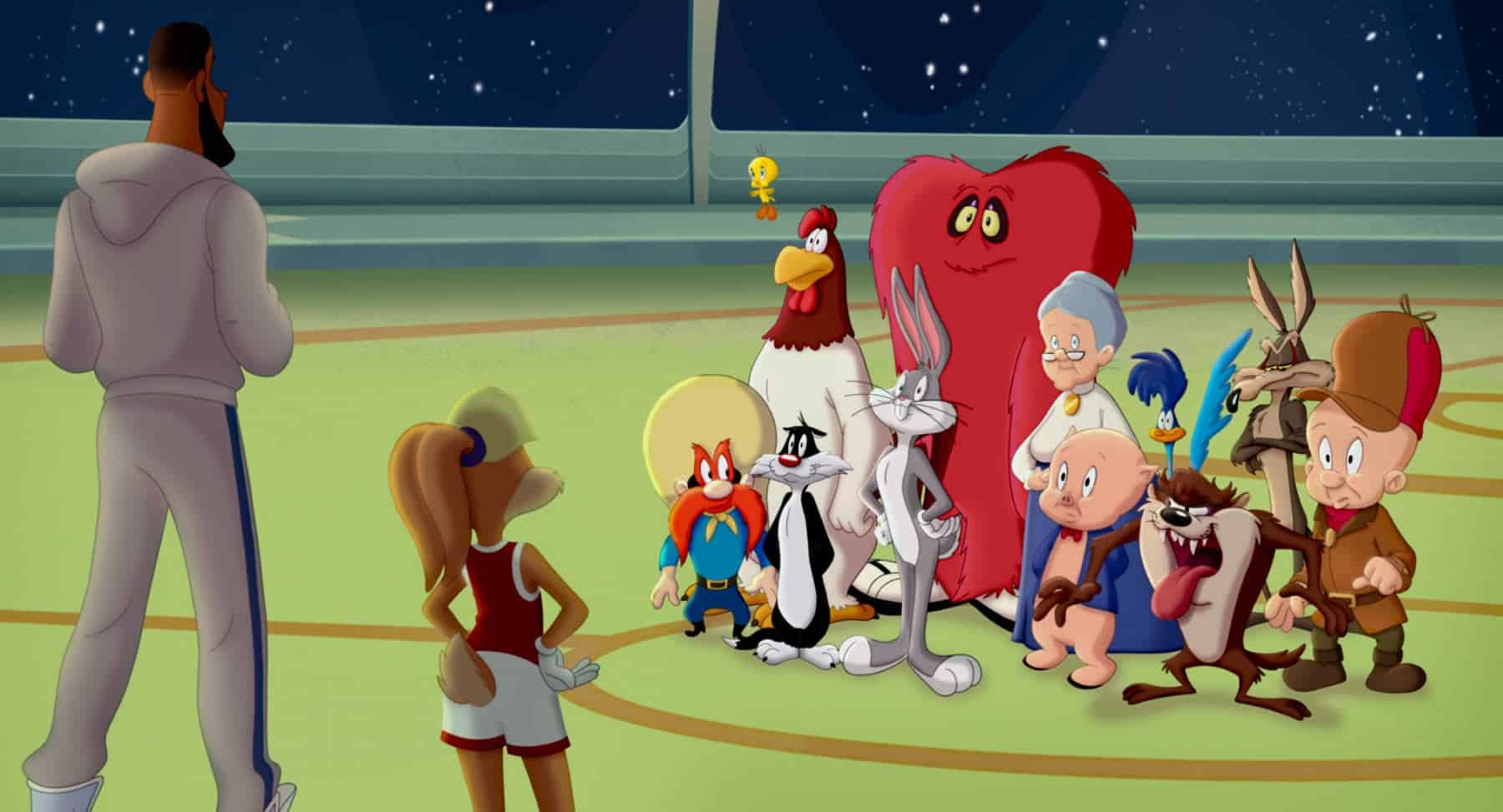 Road to the sequel – traffic jam: Space Jam: A New Legacy is the culmination of 25 years of development hell. The original Space Jam was a massive hit, but Michael Jordan declined to return for a sequel. Options that were explored included the unfortunately titled ‘Race Jam’ with Nascar driver Jeff Gordon and ‘Skate Jam’ with Tony Hawk. Jackie Chan was courted to star in ‘Spy Jam,’ which eventually became Looney Tunes: Back in Action. That film was commercially unsuccessful, but in many ways, it is much better than Space Jam: A New Legacy.

Recommended? Not really, but the animated sequences and Don Cheadle’s performance do make it somewhat worthwhile.