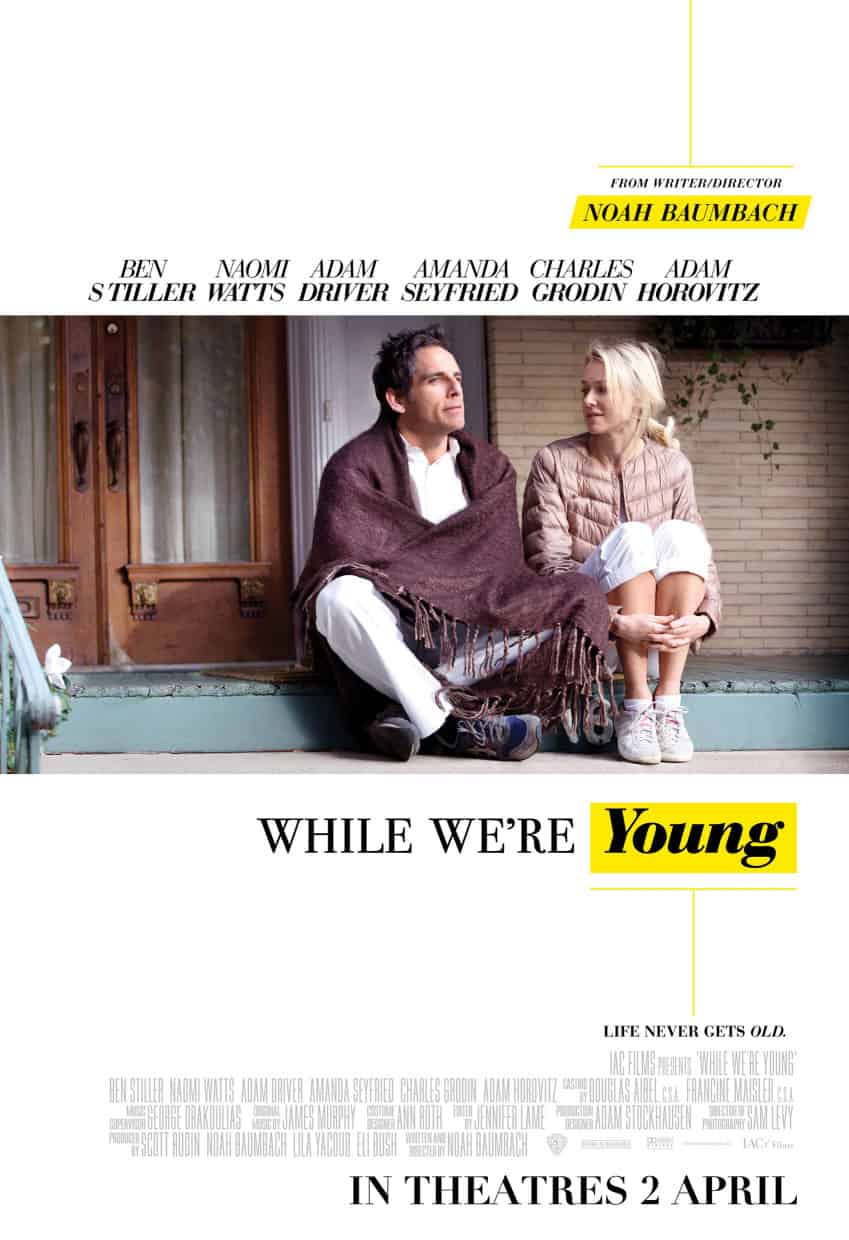 Getting older is an odd business. We know it happens to us, every day, every month, every year. And yet, it also sneaks up on us. Suddenly, we’re the oldest people in the room, with the most out-of-date vocabulary, squinting and fussing when once we used to laugh and shrug it all off. Our zest for life is rapidly depleting, and time is running out. Writer-director Noah Baumbach’s While We’re Young is a wise, witty look at a couple caught in between generations – they’re middle-aged, by any and all measures, but are still young enough to hear the siren call of reckless adventure and self-exploration. It’s a shame that Baumbach’s film winds up making a far less successful segue into the realm of a psychological semi-thriller. 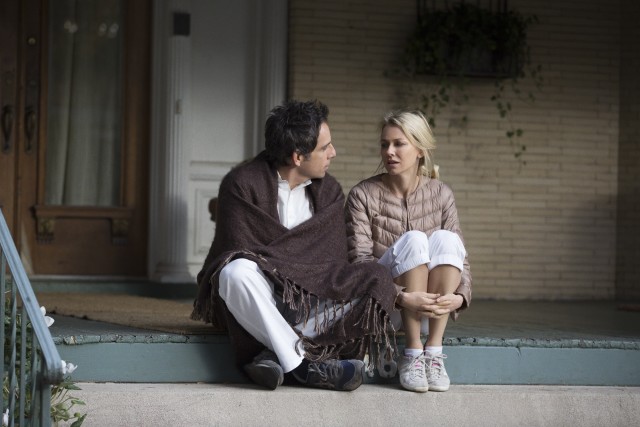 Filmmaker Josh (Stiller) has been in a state of arrested development for years. As his friends settle down with babies and careers, he’s been making the same dense, complicated documentary for close to a decade, whilst his happy marriage to Cornelia (Watts) remains in the same gear as it has for ages. But Josh gains a new lease on life when he meets Jamie (Driver) and his wife Darby (Seyfried), a free-spirited pair of twenty-something-year-olds who still sparkle with the possibilities of life, hope and renewal.

While We’re Young is at its best when it makes thoughtful, sharp observations about aging. In the first half of the film, Josh rushes to keep up with his new young friends, dragging Cornelia along for the ride. Suddenly, they’re shaken out of the rut of their lives, wearing jaunty hats, participating in mass spiritual retreats, and forcing their less flexible bodies into hip-hop classes. Baumbach skilfully juxtaposes this with Josh and Cornelia’s increasing disenchantment with their old friends, Marina (Maria Dizzia) and Fletcher (Adam Horovitz), who are caught up in a frenzy of new baby worship. Baumbach’s insights are nestled within his scenes and characters – tiny lines or moments will strike home for anyone who’s felt out of place for age-related reasons.

What works less well is the moody semi-thriller (possibly titled Not Quite Single White Male) that Baumbach tries to graft onto his comedy about life and aging. It plays very well at first, as Jamie reveals himself to be – just like Josh – a documentarian, and one who – unlike Josh – seems to have everything work out perfectly at every step of the filmmaking process. It’s a nice contrast, because it prompts Josh to keep questioning himself about whether he has, after all, squandered away his youth on something that was never meant to be.

However, Jamie’s relationship with Josh takes on a more sinister tone as the film progresses. His intentions are called into question, with the shortcuts he takes and the friends he makes bordering on the questionable. It’s good character work, to be sure, but ends up confusing rather than deepening the overall narrative. By the time Josh barrels toward an awkward showdown with Jamie, Baumbach seems to have forgotten the point he was making with the film in the first place.

Nonetheless, the film is a worthy vehicle for Stiller and Watts to really dig into their characters and relationship. It’s nice to see Stiller really embrace a darker, deeper role that’s not quite in his wheelhouse. He pulls it off very well indeed, lending great weight and an unexpected vulnerability to Josh’s insecurities. Watts, too, relishes the part of Cornelia, one of the best-written roles in recent memory for a woman in her forties. The film may ultimately belong to Josh, but Watts’ Cornelia isn’t merely set dressing meant to evoke a life. She’s a full-fledged person in her own right, tough and tender, with her own personal heartbreaks that make her the person we see in the film.

You wouldn’t think it, given their wildly divergent career paths to date, but Stiller and Watts also share plenty of chemistry. He may be better known for comedy and she for drama, but it’s evident here that they can each handle both with plenty of intelligence and polish. It’s a delight, therefore, to watch them navigate the tapestry of their relationship, as Josh – fired by jealousy and paranoia – starts worrying at threads of it such that it begins to unravel before Cornelia’s eyes. And yet, the fact that these two characters truly love and respect each other through it all is never in doubt.

Although While We’re Young may not completely come together as a coherent whole, that doesn’t detract from the quiet wonders of this smart, whimsical, bitingly real film. It’s a pleasure to spend time with characters this real and rounded, to recognise in them the abandon of youth and the relative stability of age. In his offbeat way, Baumbach is warning us that trade-offs between the two may be less rigid than we have been taught to expect. Like the film itself, it’s a welcome insight, one that’s filled with both hope and maturity.

Summary: A mature, insightful look at aging and youth, undermined somewhat by an ill-advised detour into semi-thriller territory.