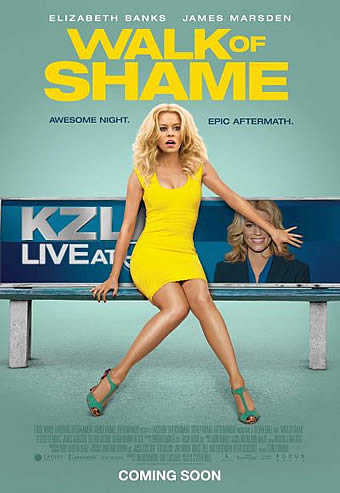 Following a drunken one-night-stand with bartender Gordon (Marsden), Meghan Miles (Banks) stumbles through Los Angeles without her phone, her purse or her car. This is bad enough as it is, but Meghan is a local news anchor with a major network job on the line. Throughout her day, she is pursued by cops (Suplee and Burr), has a run-in with a drug-dealing gang, steals a bicycle from a kid and gets sprayed in the face with mace by a bus driver. 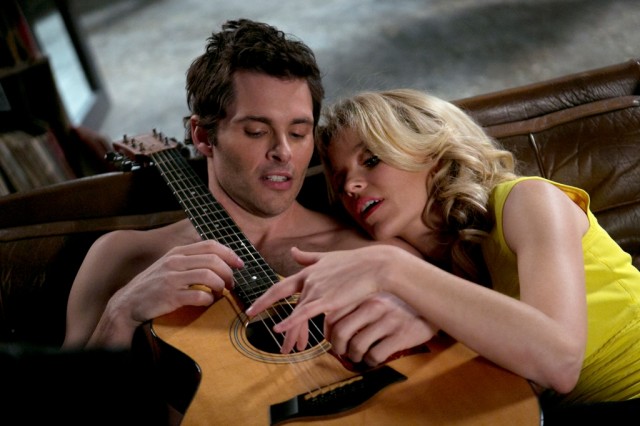 Walk of Shame is the latest entry in a comedy subgenre we like to call “attractive woman embarrassing herself”. This can easily take a turn for the tasteless and that is indeed what Walk of Shame does. The contrived narrative jumps through hoops, each situation Meghan gets entangled in more unlikely and forced than the last. Almost all the gags are built around cheap racial stereotypes: there’s a slobbering, lecherous Middle-Eastern taxi driver (Ken Davitian), a trio of crackhouse-dwelling thugs, a timid Orthodox Jewish man (P.J. Byrne), an Asian lady who runs a massage parlour…we’re surprised a Royal Canadian Mountie didn’t randomly appear. There’s an art, if you will, to being offensive – the likes of Sacha Baron Cohen and George Carlin have mastered the skill of pushing buttons in the name of comedy. There’s no art whatsoever to Walk of Shame, where a running gag in which Meghan is mistaken for a prostitute constitutes “humour”. 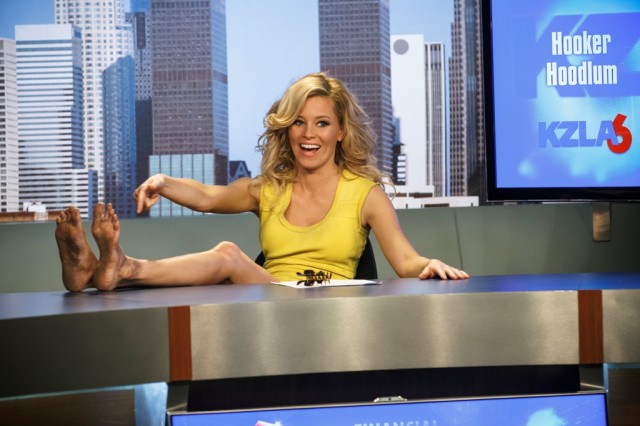 Elizabeth Banks can certainly be funny, charming and sexy, but Walk of Shame’s hackneyed, crass and juvenile script does her no favours. While Walk of Shame isn’t a full-on gross-out comedy, all that’s happening to this poor woman still feels demeaning and awkward instead of funny. James Marsden doesn’t do much in this, probably having around ten minutes of screen time and as the nice guy who helps and falls in love with our protagonist, he’s not playing against type or anything. Gillian Jacobs shows up as Meghan’s wing-woman with Sarah Wright as the tagalong ditzy friend, and those couldn’t be more “stock character” if they tried. The rest of the supporting cast simply plays to the hoary stereotypes written for them, though this reviewer must admit that Alphonso McAuley is moderately funny as effeminate drug-addled gangster Pookie. 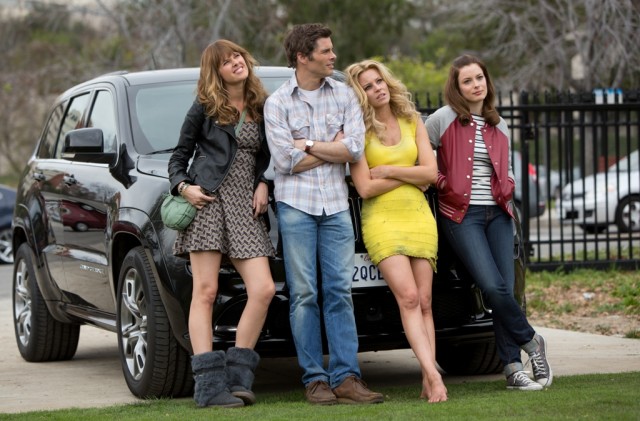 Comedies involving a sequence of misadventures can certainly be funny – everything from Planes, Trains and Automobiles to the first Hangover film has proven that. Unfortunately, Walk of Shame is flawed from the premise up: As a TV news anchor, Meghan is a public figure and characters only recognise as her as such whenever it’s convenient for the story. Having directed such critical failures as Little Nicky, Mr. Deeds, Without a Paddle and Drillbit Taylor, Steven Brill can now add Walk of Shame to the list and he’s doubly responsible here, having also written the screenplay.

SUMMARY: Certainly nothing to be proud of. At least the title’s honest.