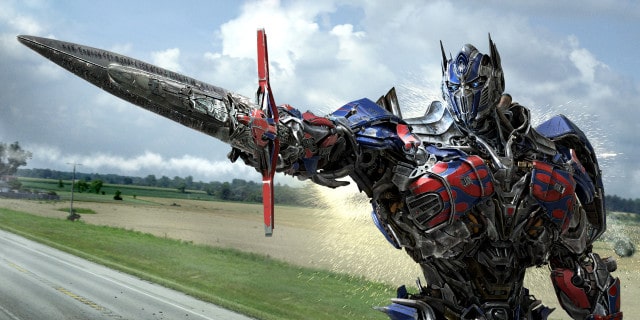 Paramount has just released a couple of new posters to coincide with the new trailer for Transformers: Age of Extinction. In the fourth movie in the Transformers franchise, the tables have turned for the Autobots as they are being hunted down… Check out the new trailer after the jump! 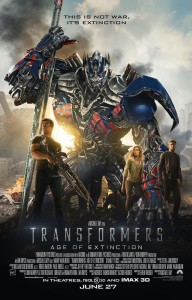 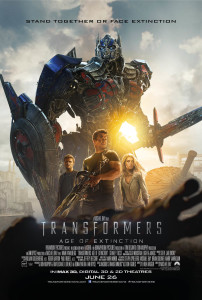 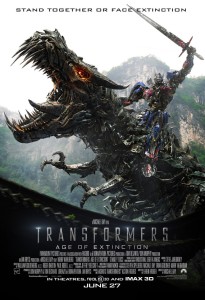 A new chapter in the Transformers universe, “TRANSFORMERS: AGE OF EXTINCTION” stars an all new live action cast lead by Mark Wahlberg, Stanley Tucci, Li Bingbing , Kelsey Grammer, Sophia Myles, T. J. Miller, Nicola Peltz, Jack Reynor and Titus Welliver.
“TRANSFORMERS: AGE OF EXTINCTION” begins after an epic battle that left a great city torn, but with the world saved. As humanity picks up the pieces, a shadowy group reveals itself in an attempt to control the direction of history… while an ancient, powerful new menace sets Earth in its crosshairs. With help from a new cast of humans, Optimus Prime and the Autobots rise to meet their most fearsome challenge yet. In an incredible adventure, they are swept up in a war of good and evil, ultimately leading to a climactic battle across the world.