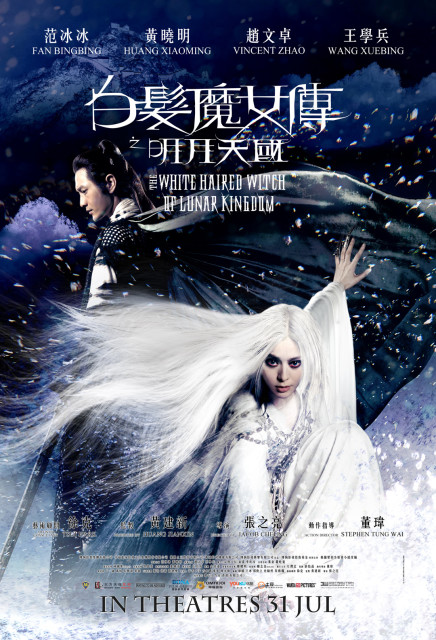 At the end of the Ming Dynasty, corruption is rife, a traitor is in power and the Jin army is threatening war. In the Northwest, famine is rife. The “Jade Raksha,” a witch thought of as evil throughout the empire, helps the victims of the famine by arresting and killing corrupt officials responsible for it. She is framed for the murder of the governor of the Province, Zhuozhong Lian, and her and her followers become targets of the Dynasty.
Meanwhile, the head of the Non-Affiliated Party Zhi Yanglu choses his disciple Zhuo Yihang to be his successor. Zhuo Yihang is dispatched to Beijing to pay tribute to the emperor with a red pellet.
Zhou Yihang leaves to go to the Northwest to explore the situation with the famine. After he leaves, the Emperor eats the red pellet and dies. The Palace Guard is dispatched to capture Zhou Yihang.
Zhou Yihang encounters the “Jade Raksha.” He sees that she is not the evil witch she is rumored to be. He goes with her back to the Moon Village Society she has formed. It is a place of idyllic beauty, peace and justice. Despite their differences, they begin to fall in love.
The Palace Guard invades the Moon Wall Village and captures Zhou Yihang. It is revealed that the former head of the province was his grandfather. He learns that his new love, the “Jade Raksha,” supposedly murdered him. He refuses to fight back. His master; the head of the Unaffiliated Party hears of Zhou Yihang’s capture and kills himself.
Zhou is heartbroken. He decides to leave the Unaffiliated Party and marry into an enemy family. The Jade Raksha hears word of this and goes to the Bridal chamber with the intention of killing Zhou Yihang.
During the dying embers of a dynasty, will the two doomed lovers manage to survive with their integrity intact and fight for justice?

Here are the trailers – Fan Bingbing and Huang Xiaoming versions:

The White Haired Witch Of Lunar Kingdom opens on 31 July 2014.