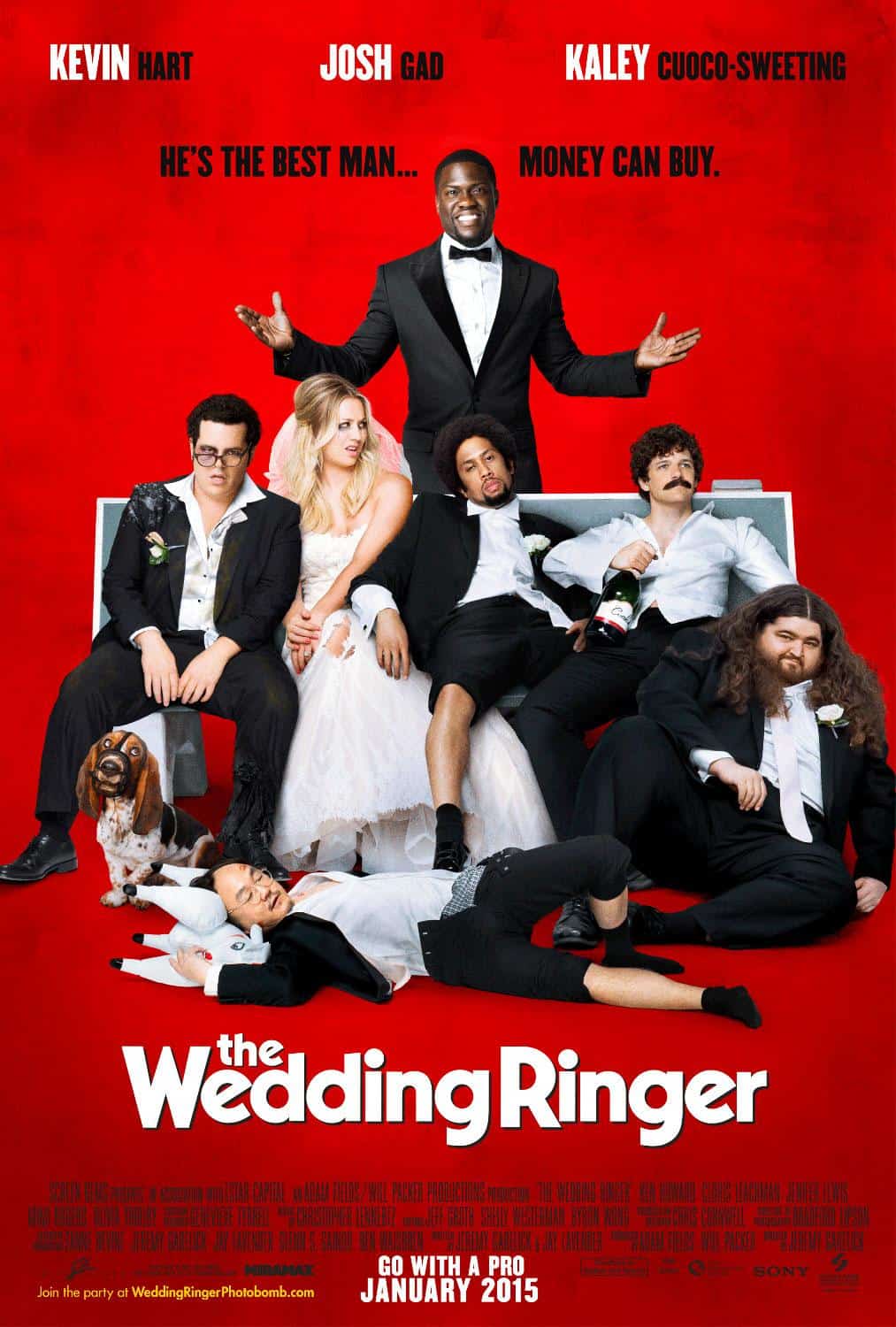 It’s an old chestnut – the wedding may be the best day of the bride’s life, but it rarely is the best day of the groom’s. In this comedy, tax attorney Doug Harris (Gad) is about to marry Gretchen Palmer (Cuoco-Sweeting), whom one might call “out of his league”, and all seems to be going as planned. However, with ten days to the wedding, Doug finds himself in something of a pickle when he realises he has no close friends he can get to be his groomsmen. In a last ditch attempt, he enlists the services of “wedding ringer” Jimmy Callahan (Hart). Callahan has built a successful business out of posing as a best man to any groom who can’t find one of his own. This time, Callahan needs to pull off an unprecedented con, the “golden tux” – recruiting a motley crew of six misfits to pose as Doug’s groomsmen. Taking on the identity of military chaplain “Bic Mitchum”, Jimmy has to prove he’s worth the $50 000 price tag and pull the wool over the eyes of all the wedding guests. 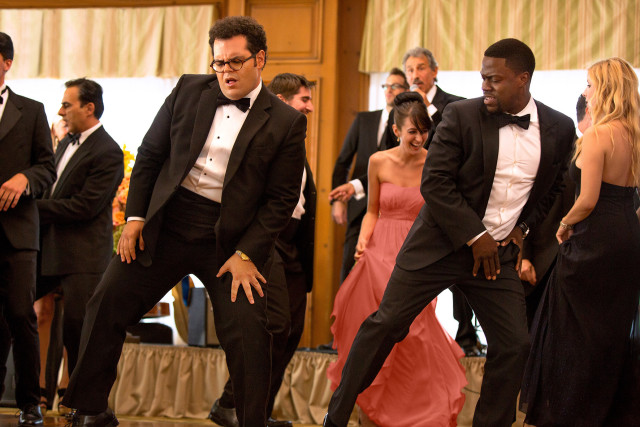 There was a time when R-rated comedies that weren’t American Pie were not commercially viable propositions. It all makes sense when one discovers The Wedding Ringer was written in 2002, then known as “The Golden Tux”. Todd Phillips was attached to produce – he would go on to direct The Hangover. The Wedding Ringer feels past its sell-by date and comes off as a pale imitation of films like The Hangover, never fully committing to the hijinks, the gags never feeling as inspired and genuinely outrageous as in that film. Stale and silly rather than shocking, it’s hard for a comedy to feel fresh if it leans so heavily on gay jokes and fat jokes. 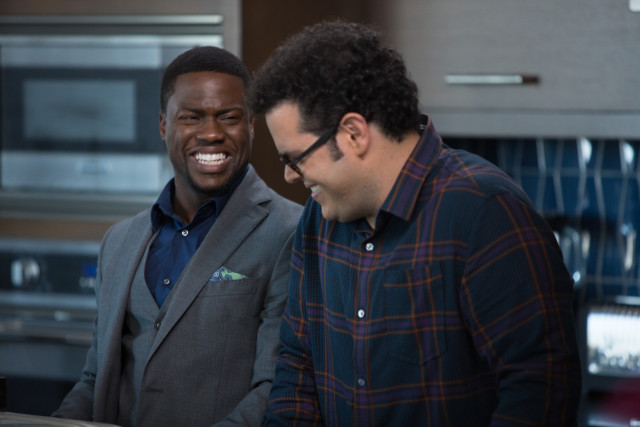 We’re going to use all the hedged statements we can here: this could have worked if it had been made earlier. We’d be lying if we said it was completely unfunny and the high-concept premise of a best-man-for-hire is, on the premise level alone, somewhat plausible. Very often, the main characters in R-rated comedies aren’t particularly likeable. Both Gad and Hart work well enough off of each other and Gad is sympathetic as a stock loveable underdog. Hart, among the most sought-after comedians of the moment in Hollywood, is dangerously close to overexposure and his schtick can grate on the nerves. However, he is, on occasion, genuinely charming and some viewers might actually want to root for Doug and Jimmy’s sham friendship to eventually become a real one, though Jimmy is clear that it’s all “just business”. 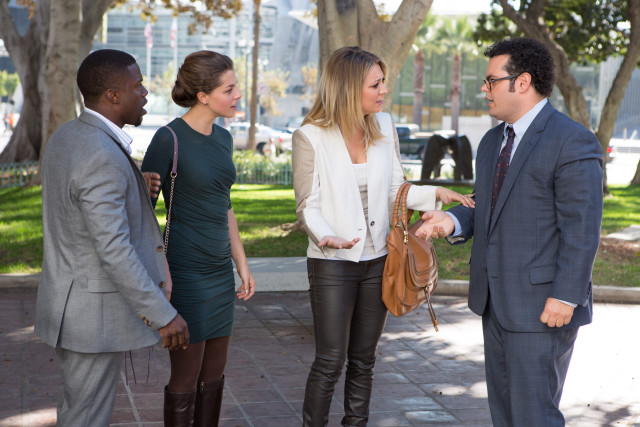 Cuoco-Sweeting’s Gretchen is peripheral to the bromance between the two male leads. All of the ad-hoc best men are one-note stereotypes, to be the subject of pointing and laughing and nothing more. Character actor Ken Howard is suitably despicable as the stock “disapproving father-in-law”, with a heaping helping of homophobia. Olivia Thrilby is appealing as Gretchen’s sister Allison, who begins to detect that all is not as it seems with Doug’s best man. And lastly, why cast Cloris Leachman as Gretchen’s grandmother when all she’s there for is a cheap sight gag? 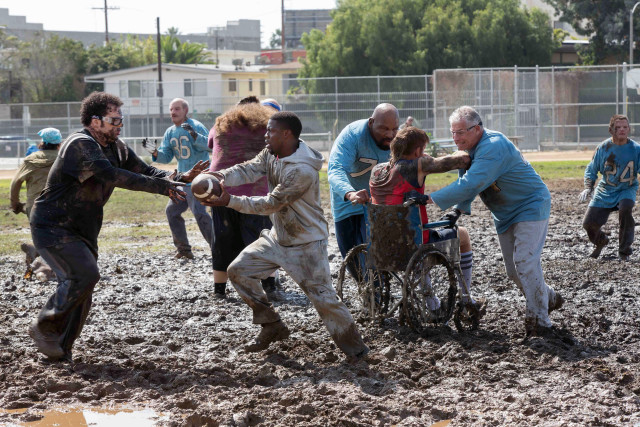 The Wedding Ringer is largely predictable and imagines itself to be far cleverer than it actually is. It also spends most of its running time lurching from one painfully-engineered over-the-top set-piece to another, the most noteworthy of which being a car chase which tosses in a homage to E.T.: The Extra-Terrestrial for no discernible reason. Thankfully, The Wedding Ringer does save the best for last, its last line being a pop-culture reference that works exceedingly well. 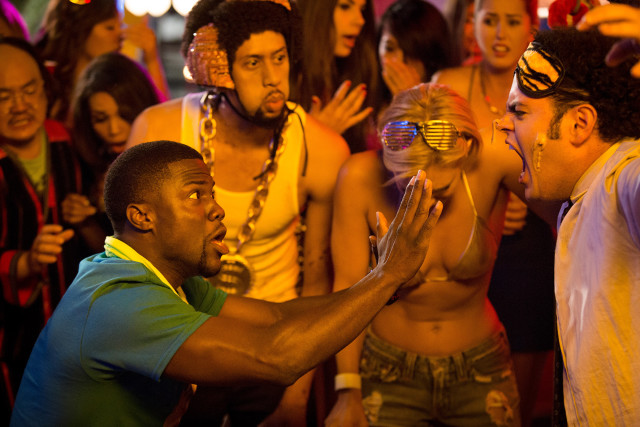 Summary: The chemistry between Kevin Hart and Josh Gad isn’t enough to offset The Wedding Ringer’s lazy, lowest-common-denominator humour and its uninspired comedic set-pieces, especially in a post-Apatow comedy landscape.