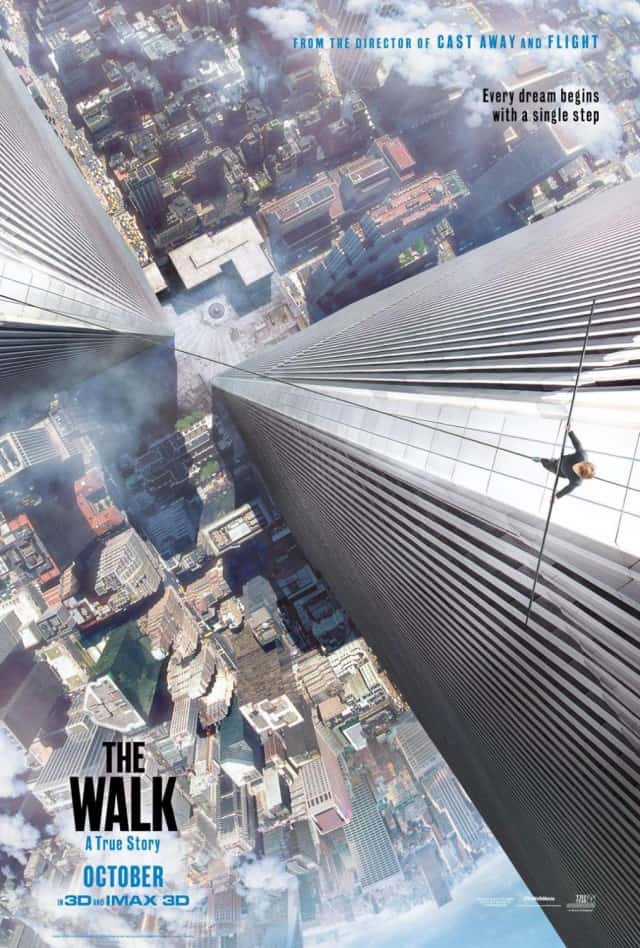 Keep those Dramamine pills handy, because director Robert Zemeckis and star Joseph Gordon-Levitt are taking us on a particularly dizzying walk. In this biopic, Gordon-Levitt plays Philippe Petit, the French high-wire artist with, quite literally, a lofty ambition: to walk a tightrope between the two towers of the World Trade Centre in New York. The moment he first glimpses the structures in a magazine, Petit cannot take his mind off conquering the void between them. He seeks the tutelage of Papa Rudy (Kingsley), the patriarch of a famous clan of high-wire circus performers, and goes about assembling a team of accomplices who will help him break into the South Tower. Street musician Annie (Le Bon), who becomes Petit’s girlfriend, is the first. She is soon joined by photographer Jean-Louis (Sibony), math teacher Jeff (Domboy) and in New York itself, electronics salesman J.P. (Dale) and insurance agent Barry (Valentine), whose office is in the World Trade Centre. Battling doubts, their better judgement and logistical difficulties all the while evading the authorities, Petit and his crew go about preparing for this illegal, dangerous but ultimately breath-taking feat of derring-do. 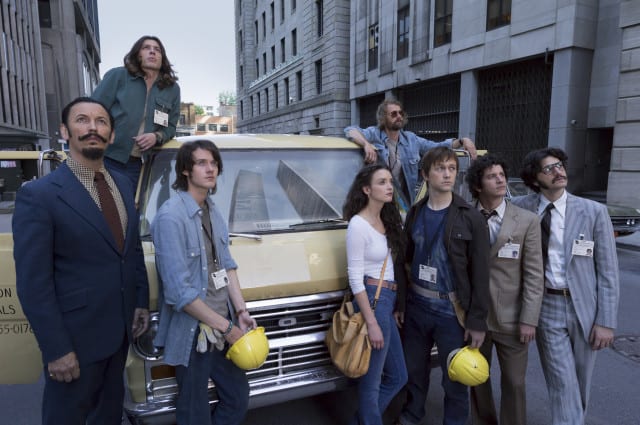 The Walk is based on Petit’s autobiography To Reach the Clouds, which earlier served as the basis for the 2008 Oscar-winning documentary Man on Wire. After making his acceptance speech, Petit famously balanced the Oscar statuette on his chin. Awards contender biopics, branded as “important movies”, can sometimes be inaccessible and a bit of a chore for the average moviegoer to sit through. The Walk is very far away from that, a straightforward, heartfelt account of one guy’s crazy quest and the lengths he and his friends went to in order to make his dream a reality. There’s an undeniable appeal to the simplicity of the premise which papers over the slightly phony Hollywood sheen the film sometimes has. There are moments that can be twee and cloying, particularly during the nostalgia-heavy scenes set in Paris, but perhaps it adds to the film’s old-school charm in its own way. 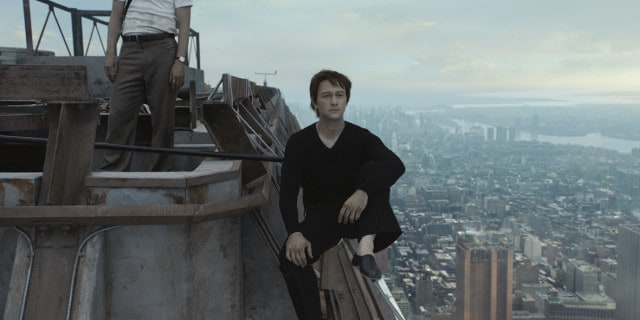 Typically, awards movie season biopics don’t exactly seem like they must be witnessed on the big screen. The Walk’s primary selling point is its spectacle, and the exhilarating sequences of Petit doing his thing 110 storeys up in the air are what Zemeckis and co. hope will convince those who watched the documentary to experience the story again. There have been reports of audiences at screenings actually throwing up from vertigo. We don’t mean to sound insensitive to those viewers, but incidents like that are great publicity indeed, indicating that the film has achieved a sense of immersion for the audience. It’s a little like when horror movies like Last House on the Left proudly proclaimed on their posters that audience members fainted from fright. 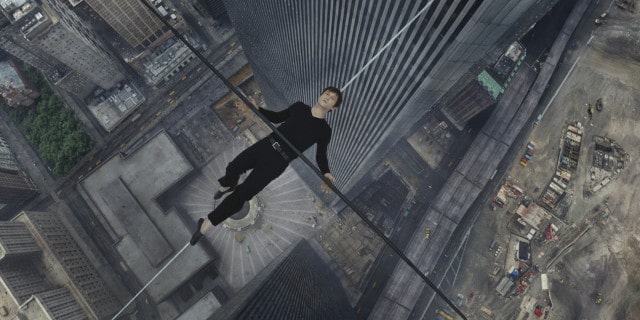 Known for helming effects-heavy films like Who Framed Roger Rabbit?, Back to the Future and Forrest Gump, in addition to motion capture movies like The Polar Express and Beowulf, Zemeckis has never been one to shy away from gimmicks. Surprisingly, 3D hasn’t been used to accomplish the effect of vertigo as often as one would think. The twin towers themselves and the surrounding New York cityscape circa 1974 are faithfully, stunningly realised by visual effects supervisor Kevin Baillie and the artists from effects houses Atomic Fiction, UPP, Rodeo FX and Legend 3D. This is a “based on a true story” affair that isn’t afraid to have lots of fun, and the theme park thrill ride aspect is complementary rather than distracting. 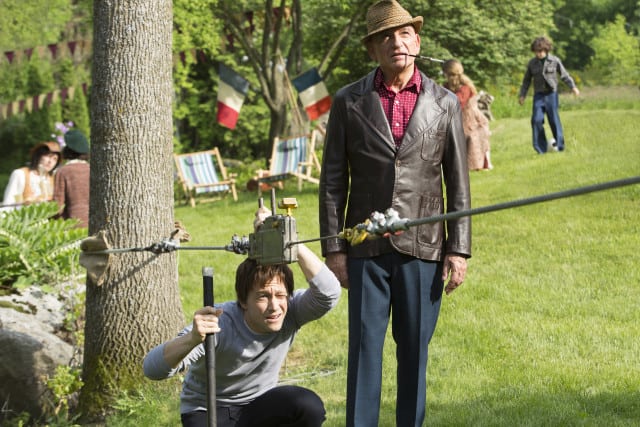 Gordon-Levitt turns up the charm, bringing lithe athleticism and a mischievous twinkle in his eye to the part of Petit. Yes, his French accent is pretty cringe-inducing and is even more jarring given that Gordon-Levitt is acting opposite actual French actors, but it’s relatively easy to overlook after a while. It’s no mean feat to make obsession endearing, and while there are the expected dramatic beats where we see the toll that Petit’s unceasing drive takes on him and his friends, the film is largely upbeat and free-spirited. His stunt double is former Cirque du Soleil high-wire walker Jade Kindar-Martin. Gordon-Levitt’s take on Petit is almost an imp from another dimension who has materialised on this plane to simply live his dream. Sure, his exploits may seem crazy to the man in the street, but high above that street, Petit seems perfectly at home, and in his projection of this, Gordon-Levitt is irresistible. 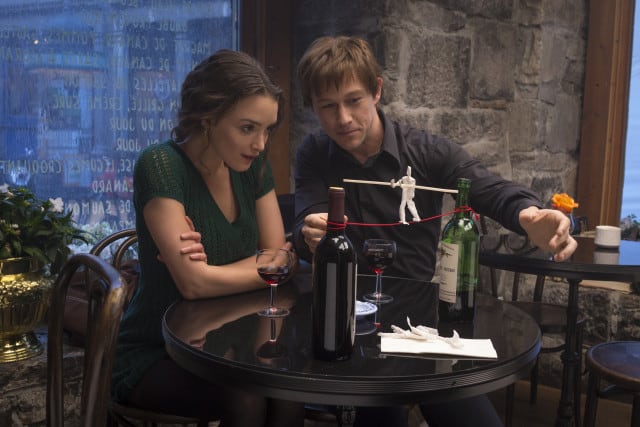 French-Canadian actress Le Bon shares palpable chemistry with Gordon-Levitt. While her introductory scene in which Annie gets upset with Petit for stealing her thunder with his tightrope juggling routine is corny, we do come to buy these two as a couple. Annie definitely has ideas and goals of her own, so her support of Petit is all the more endearing. As the mentor figure Papa Rudy, Kingsley does seem like he’s lived his whole life in a circus, bringing enough personality to the “paternal/authoritarian” archetype. Sibony, Domboy, Dale and Valentine are a likeable bunch and the camaraderie that Petit’s team shares is heart-warming and rousing. Jeff willingly assists Petit on the roof of the South Tower in spite of his own crippling fear of heights. “Squad goals,” as the kids say these days. There is a stoner character who comes off more as inauthentic, unnecessary comic relief than anything else, though. 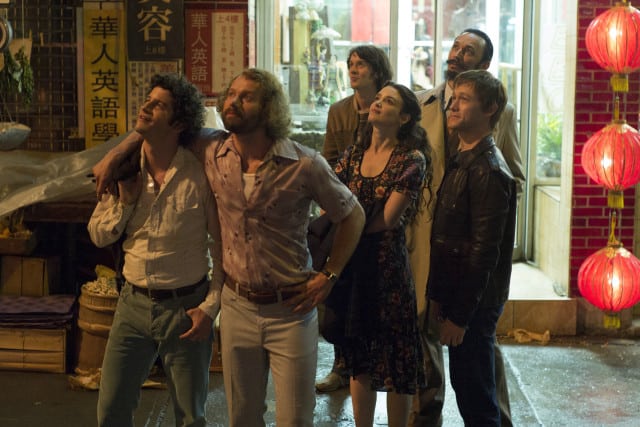 The Walk isn’t about a troubled chess champion, a schizophrenic mathematician, a code-breaking genius or women fighting for their right to vote. It’s not particularly weighty, but especially during awards movie season, this reviewer is fine with that. The twin towers stand no more and the film acknowledges this tastefully with a final frame that is wont to give many New Yorkers a lump in their throats. It is occasionally overly schmaltzy, and as Alan Silvestri’s score swells and characters give impassioned speeches about chasing their dreams, one might roll one’s eyes and say “I see what you’re trying to do, movie”. However, the earnestness with which Zemeckis and crew go about things overrides that feeling. A celebration of passion, conviction and artistic expression, The Walk is a thrilling, entertaining and moving journey. 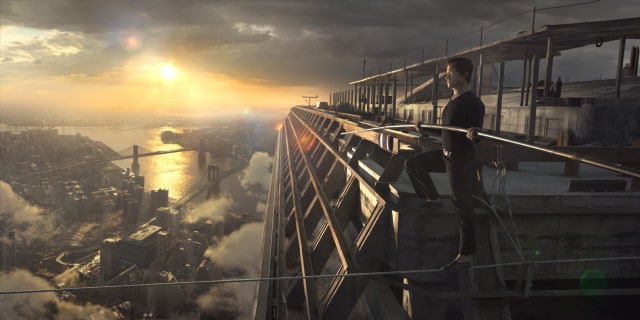 Summary: While it might give acrophobics pause, The Walk is a heartfelt tale that is easy to get into thanks to its star’s innate likeability and its thrilling spectacle is something to behold.