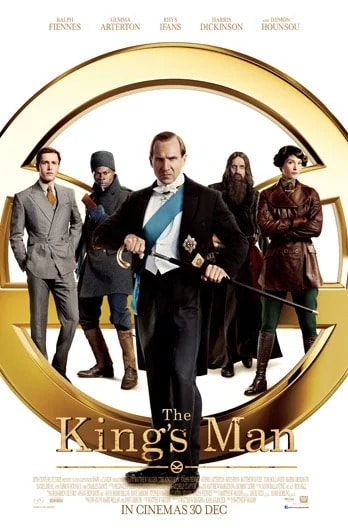 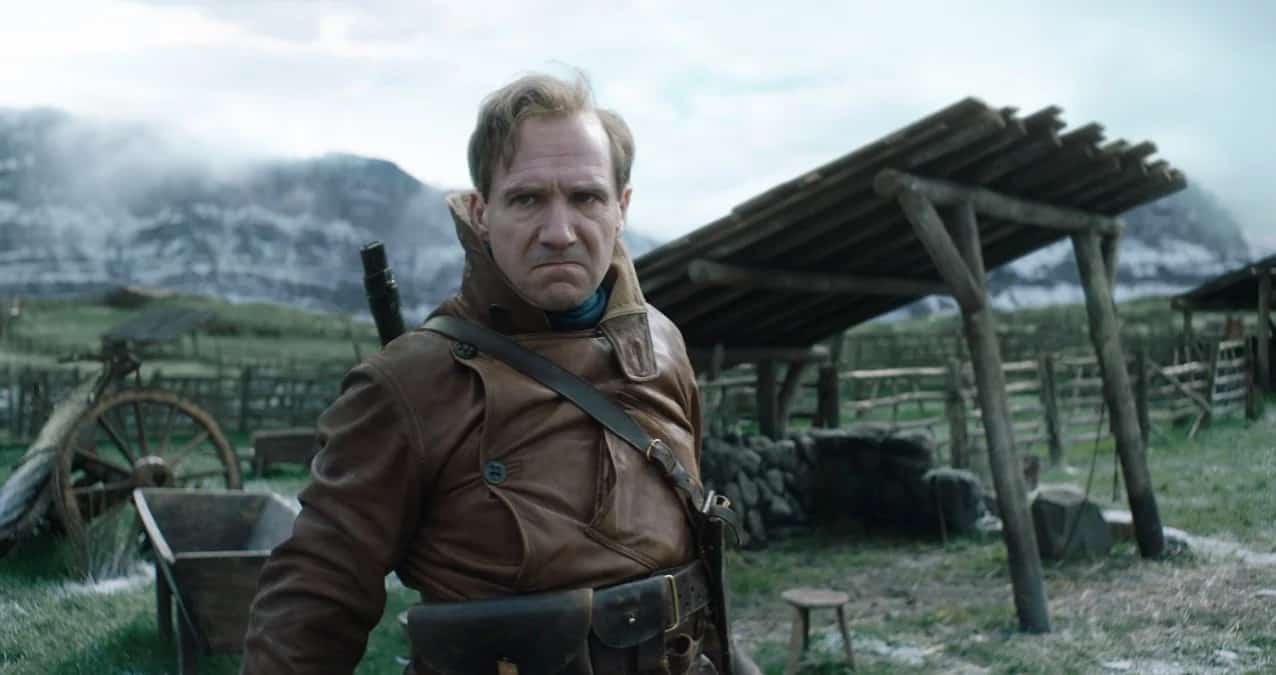 The Low-Down: The King’s Man is one of those movies that, thanks to the pandemic, feels like it’s been coming out forever – on top of release date shifts even before the pandemic. Now, we can finally learn the origins of the covert organisation at the heart of the Kingsman film series, loosely based on the graphic novel The Secret Service by Mark Millar and Dave Gibbons. 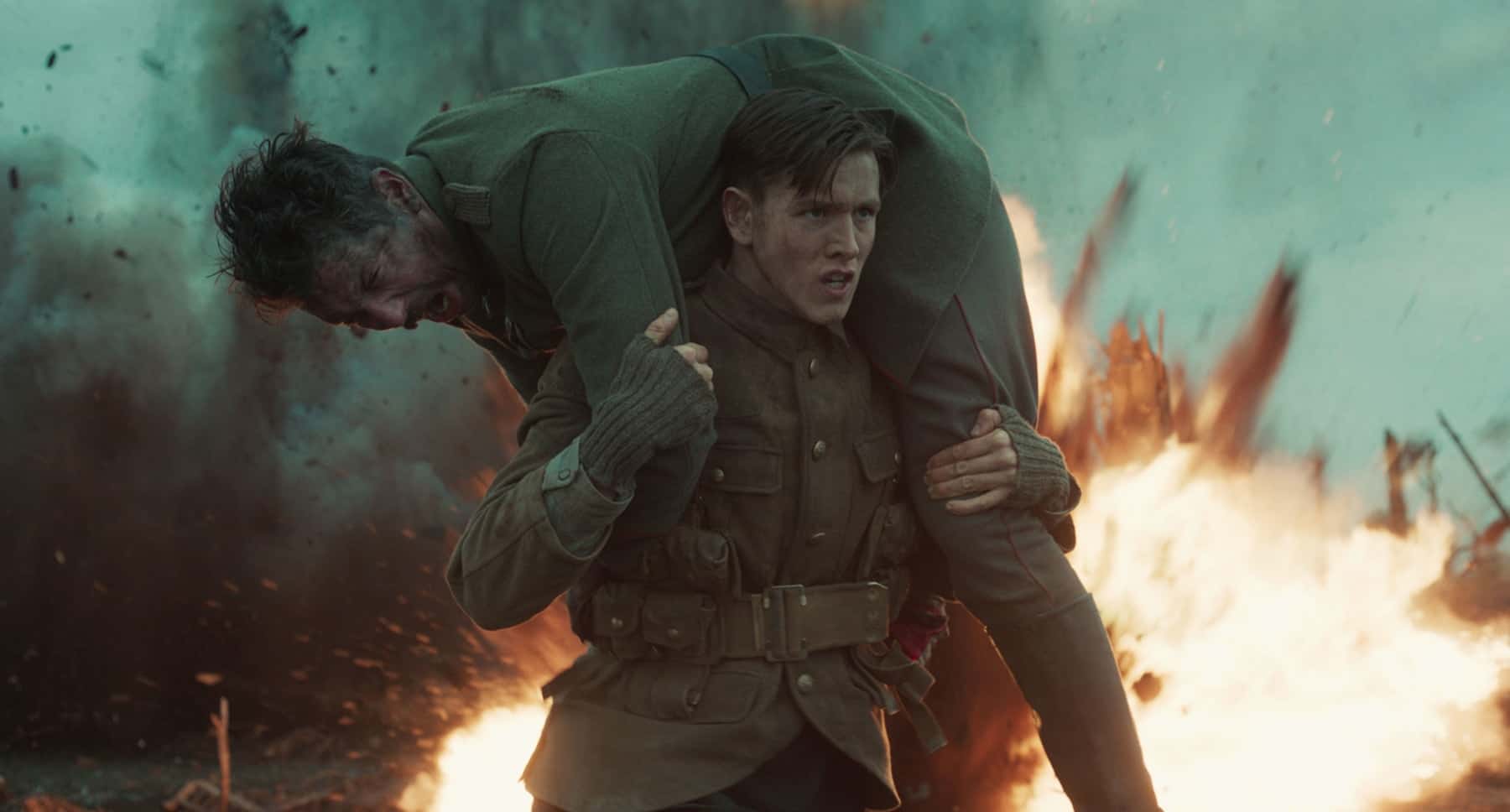 The Story: It is just before the First World War, as chaos is brewing across the globe. Orlando (Ralph Fiennes), the Duke of Oxford, is a former soldier who has renounced a life of violence. His teenage son Conrad (Harris Dickinson) yearns for adventure and wants to enlist in the army, against his father’s wishes. Nanny Polly (Gemma Arterton) and valet Shola (Djimon Hounsou), employees of the Oxford household, are secretly assisting the Duke in an intelligence collection operation. In the shadows, a mastermind known only as the Shepherd is manipulating world events. His agents have proximity to power, including priest Grigori Rasputin (Rhys Ifans), con artist and self-proclaimed clairvoyant Erik Jan Hanussen (Daniel Brühl), industrialist Alfred DuPont (Todd Boyce) and spy/exotic dancer Mata Hari (Valerie Pachner). The Duke must race against the clock to prevent the Shepherd from plunging the world into irreparable chaos, as the seeds of the Kingsman spy agency are planted.

The Good: Big-budget period action-adventure movies with an alternate history bent are rare offerings, and The King’s Man plays in a sandbox that not many other tentpole franchise films play in. The closest analogue might be the first Wonder Woman movie, which was also set during WWI. Matthew Vaughn is nothing if not stylish. It’s hard not to be awed by flashy, show-off camera moves, like a shot that travels through the ocean, through the torpedo tube of a German submarine, and into the submarine’s control room. For all the faults of the earlier Kingsman movies, and especially the second, Vaughn brought plenty of panache to the proceedings, which carries over here. While there’s nothing here that is as striking as the fight in the church in the first Kingsman movie, there are several wonderfully choreographed action scenes, including a swordfight with Rasputin in which the mad monk busts out some impressive acrobatic moves. The production design by Darren Gilford and costume design by Michele Clapton contribute to the specific mood of the movie – Vaughn isn’t aiming for total historical accuracy, but there’s also an attempt to sell the period and the settings. 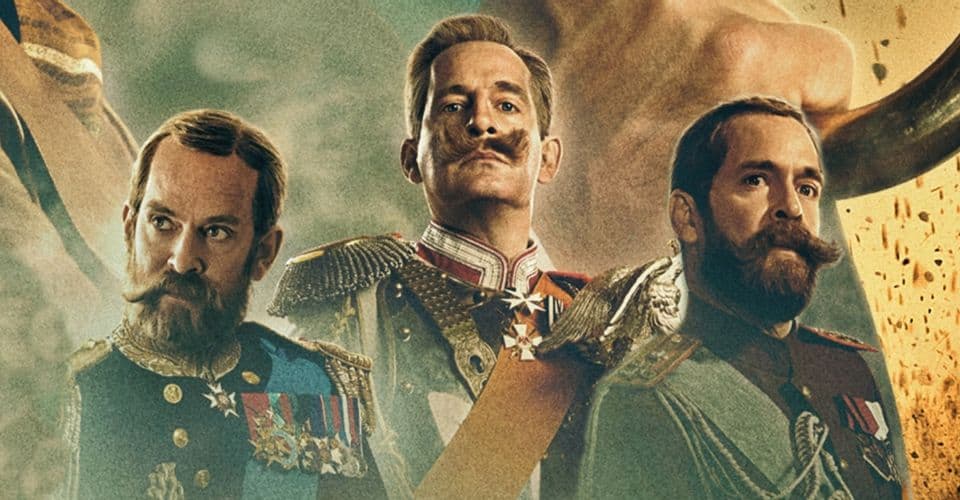 The Not-So-Good: The King’s Man wants to be a rip-snorting, swashbuckling adventure, but it also wants to be genuinely emotional and dramatic. This is a movie with obviously, intentionally goofy elements, including Tom Hollander in triple roles as cousins King George V, Kaiser Wilhelm II and Tsar Nicholas II (credited as Tom Hollander3). This is also a movie in which characters deal with crushing grief, one that tries to make a larger statement about the futility of war and the fallacious narrative of it being glorious to die in service of one’s country. The movie is sometimes unable to support this pendulum swing between tones. For all of The King’s Man’s undeniable weirdness – there’s a scene in which one character licks another’s leg, in the middle of an attempted poisoning via Bakewell tart – there still is a predictability to the proceedings. The reveal of the big bad, for example, is far from surprising, and even if it was intended to be that obvious, is ultimately underwhelming. The movie also feels a little longer than its 131-minute runtime, given that there’s a lot to set up and a lot of real-life history to condense and fictionalise. 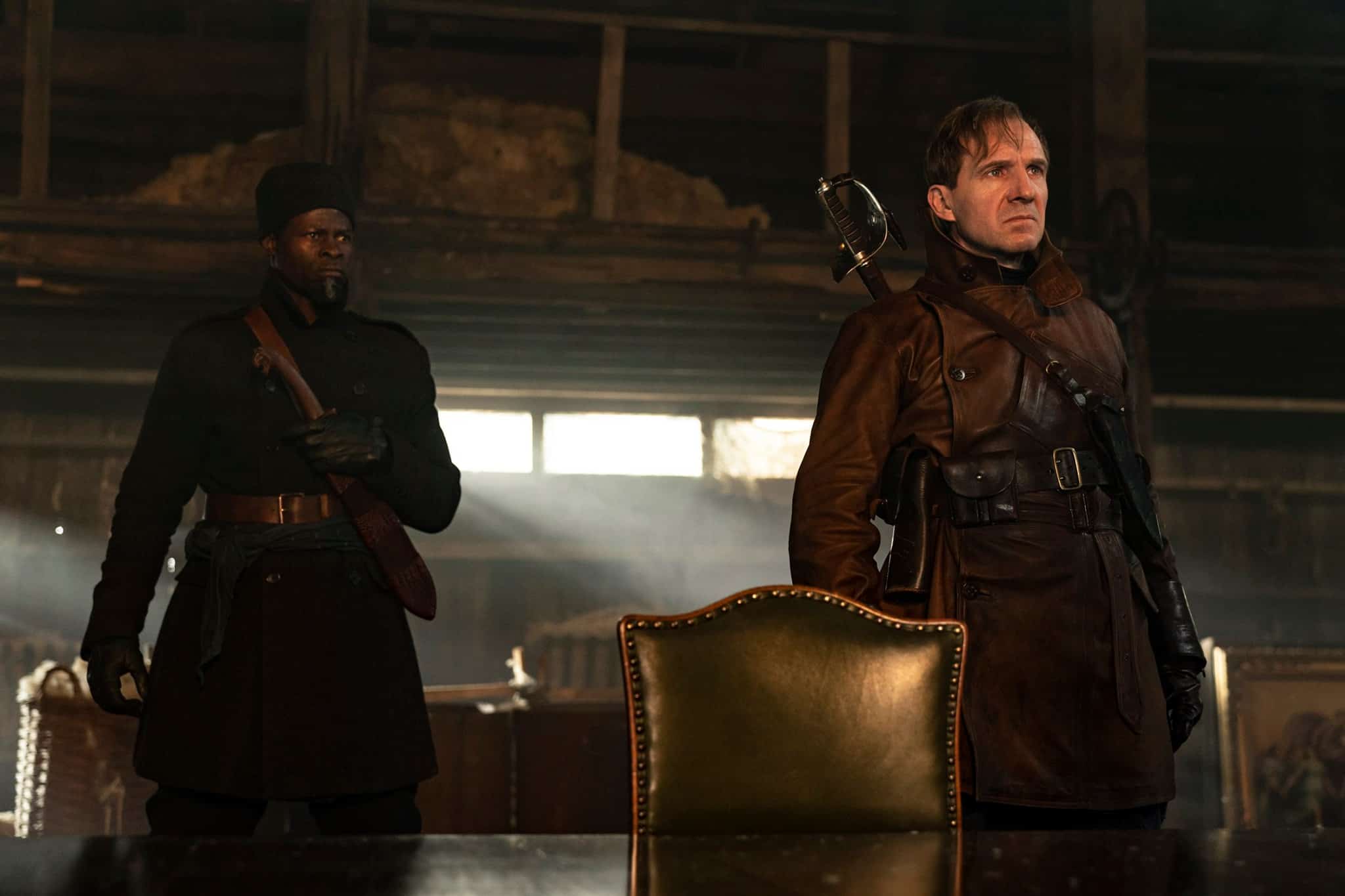 And all the king’s men: The first Kingsman movie’s greatest asset was arguably Colin Firth in an action-oriented role while also banking on his screen persona as a charming gentleman. Ralph Fiennes performs a similar function in this movie and does so with aplomb. He is an arresting screen presence and acquits himself impressively in the physical department, stunt doubles and digital trickery notwithstanding. Harris Dickinson is somewhat bland as Conrad, but the focus remains squarely on Fiennes’ Duke of Oxford. Both Arterton and Hounsou are delightful presences, but their characters are thinly drawn. 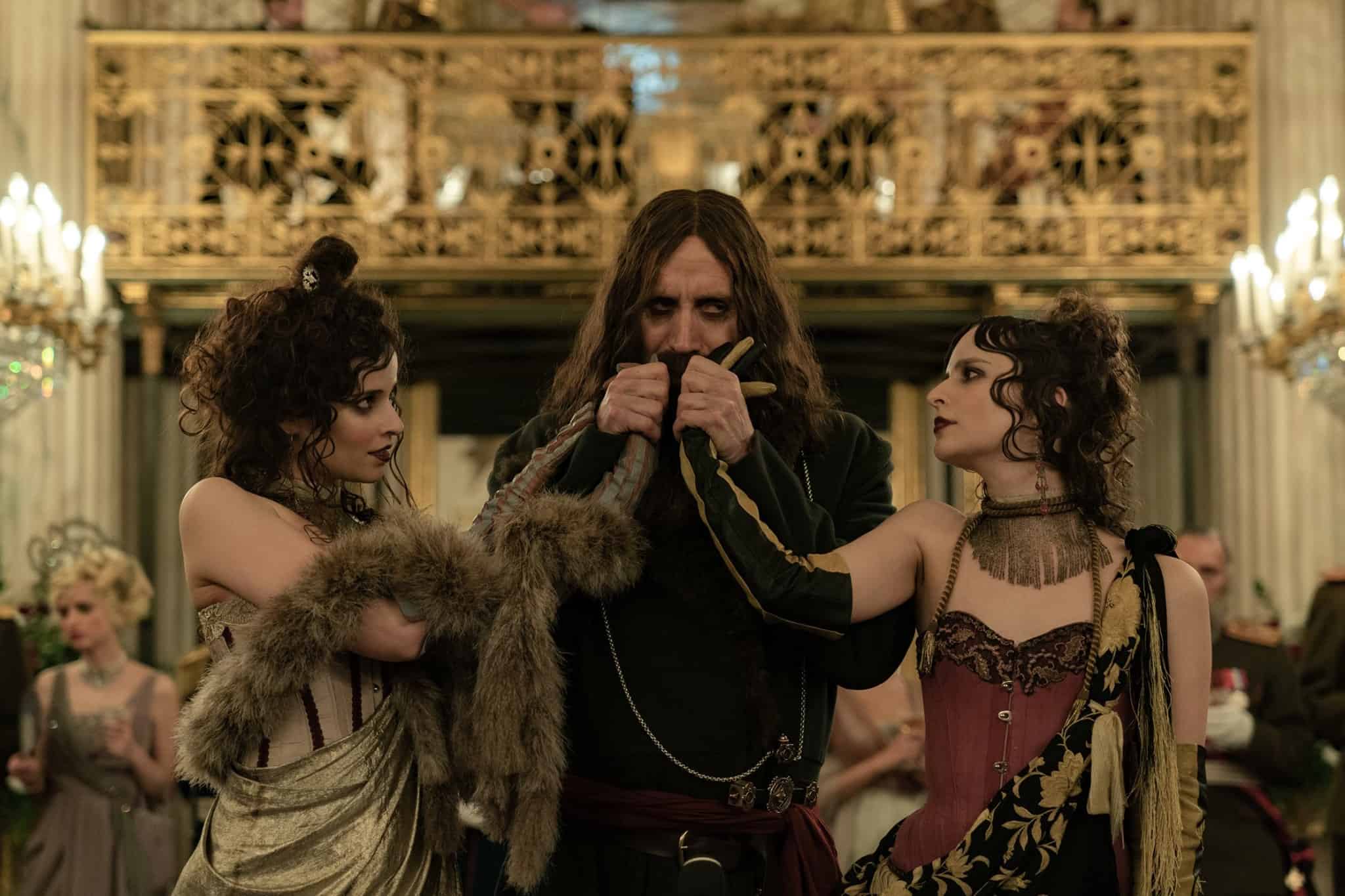 Monk-ey business: Rhys Ifans has a grand time playing Rasputin – after all, there’s no ceiling for “over the top” with a historical figure as outlandish and despicable as Rasputin was. It’s just a shame that Rasputin is not the ultimate villain, despite the trailers making it seem as such, and he is not in the movie for as long as this reviewer would have liked.

Recommended? Yes. The King’s Man is a type of action-adventure flick that we don’t get a lot of, making its shortcomings easier to forgive.