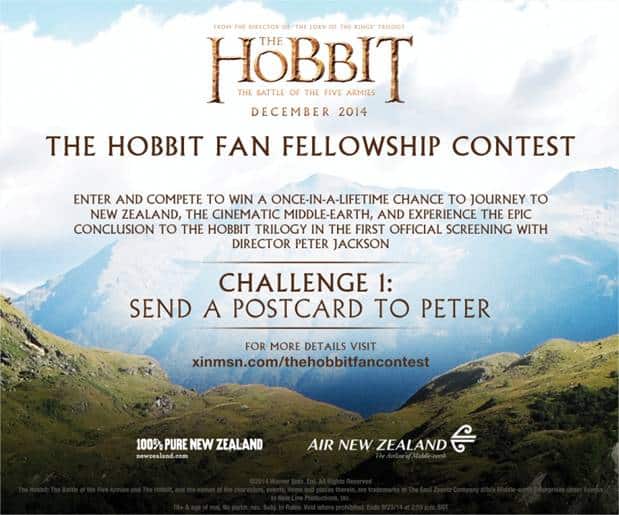 Celebrating the end of the journey to bring The Hobbit Trilogy to the screen, Hobbit fans in Singapore and around the world will get their chance to compete to win a once-in-a-lifetime journey to New Zealand, the cinematic Middle-earth, as The Hobbit Fan Fellowship Contest gets underway. The prize is capped off with a private pre-screening with director Sir Peter Jackson of the third and final film in the Trilogy, The Hobbit: The Battle of the Five Armies, a production of New Line Cinema and Metro-Goldwyn-Mayer Pictures (MGM), before the film’s December theatrical release.

Created with Tourism New Zealand in association with Air New Zealand, the official airline of Middle-earth, the contest was launched via xinmsn.com/TheHobbitFanContest with the first in a series of challenges, entitled ‘Postcard to Peter,’ which invites Hobbit fans to choose from six New Zealand postcard images and upload a message to Peter Jackson telling him what a trip to New Zealand would mean to them. 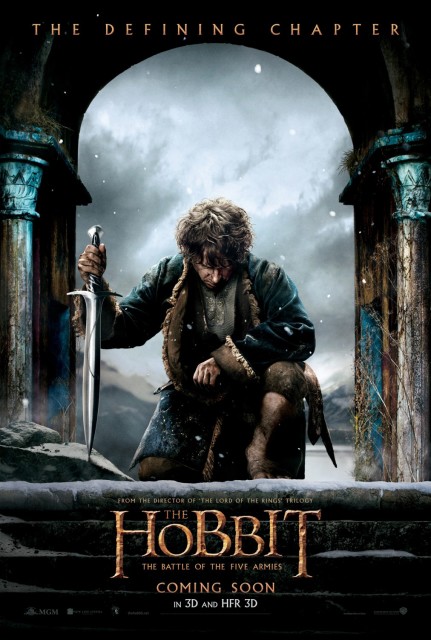 The contest is comprised of a series of four challenges and the lucky winners will then be invited to bring a friend or family member along with them on their ultimate fan adventure to New Zealand. Since it was first announced at Comic-Con International in San Diego on 27 July 2014, upwards of 25,000 people have already registered their interest to participate.

For more information and to enter The Hobbit Fan Fellowship Contest, visit www.xinmsn.com/TheHobbitFanContest

About the prize
Contest winners will land in Auckland, New Zealand, before embarking on a specially designed itinerary to iconic filming locations–the highlight being a special visit to Hobbiton, the famous home of the Hobbit Bilbo Baggins. Fans will enjoy a private tour through the 12-acre site, with a close-up look at the 44 Hobbit homes.

The Hobbit Fan Fellowship will also visit other key film sites throughout New Zealand’s Middle-earth chosen by Sir Peter Jackson and end in Wellington for the ultimate film fan’s dream – a private screening of the final film, The Hobbit: The Battle of the Five Armies, with Sir Peter Jackson.