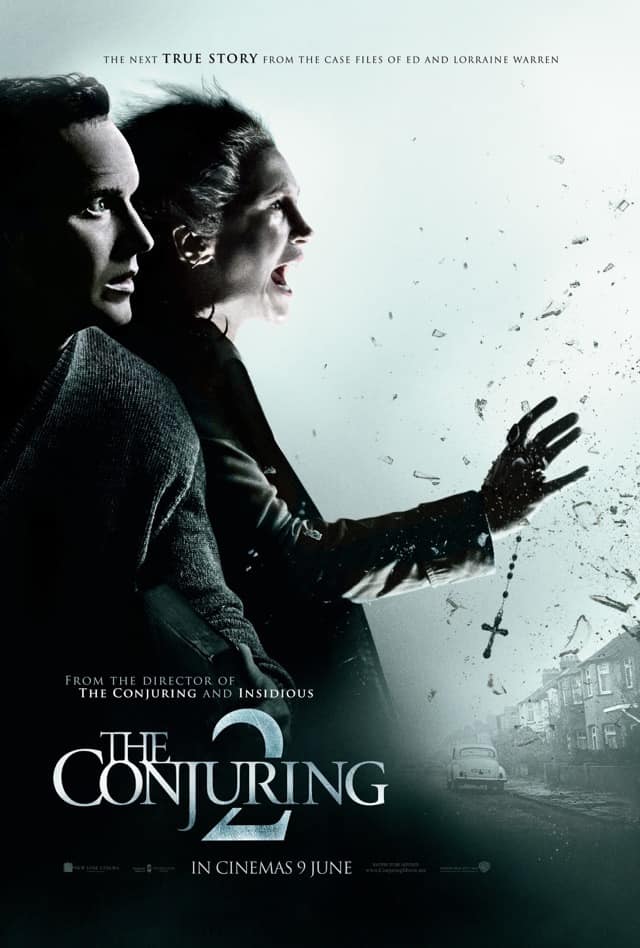 The thing about horror movie sequels is that, rarely do they match up to the original, especially if the first instalment was a runaway success. Unfortunately, such is the case for The Conjuring 2, even though it is still comparatively a much more enjoyable watch than most of the horror sequels that have been released in cinemas in recent years.

Having patiently and eagerly waited for this sequel for almost three years – the first movie came out in July 2013 – expectations of fans and critics alike are, naturally, extremely high. This is particularly because the first film won over most horror fans, earned high praise from many critics and grossed over $318 million worldwide, establishing itself not only as one of the highest-grossing but also one of the best horror films of all time. 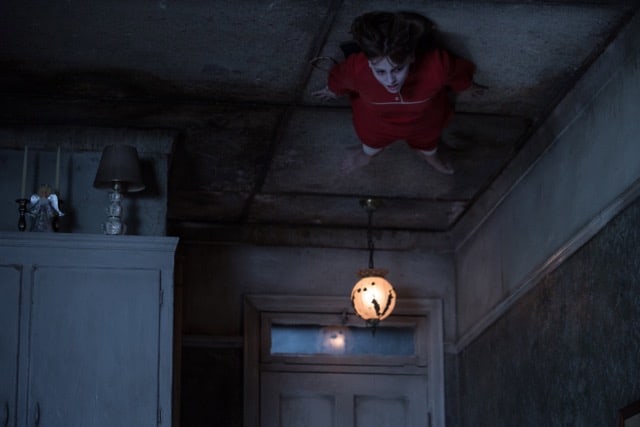 It certainly did not help that, prior to this sequel, the spin-off film Annabelle, which was released in October 2014, was panned by both fans and critics for its cheap and inferior scares and flimsy storyline as compared to the masterpiece that was the original, which only served to heighten expectations for this particular movie even further.

The premise of this new movie is simple: Patrick Wilson and Vera Farmiga reprise their roles as investigative paranormal experts – demonologist Ed Warren and his wife Lorraine Warren, a clairvoyant medium, who have reportedly examined more than 10,000 supernatural cases over the course of their unique careers. Picking up from the last film, where they came to the rescue of the Perron family at their Rhode Island farmhouse in 1971, this sequel starts off a few years later, in 1975. Just as how, in Annabelle, the doll served as the hair-raising opening sequence, this time the film begins with the horrific re-enactment of the séance held in the haunted house of the Warrens’ most notable and most widely publicised case – Amityville.

Thereafter, the film takes a trajectory and crosses over to 1977 London, where the Warrens are faced with what was regarded as England’s Amityville – the infamous Enfield poltergeist case, where a hapless single mother of four, Peggy Hodgson (O’Connor), is pushed to the verge of despair, when her daughter Janet (Wolfe) is possessed by a malevolent entity, bent on claiming the young girl’s life and soul. So, in essence, for the price of one cinema ticket, you get the masterful re-creation of not one but two of the most horrific true stories in the history of real-life haunted houses.

Although situated on different continents, the Amityville and Enfield cases shared many similarities in that both involved houses claiming to be usurped by vicious poltergeists determined to claim the lives of their occupants and both received massive media coverage as well as fended off multiple accusations of being hoaxes from their fair share of sceptics. Hence, it was a refreshing take on the horror genre to not only feature the two very similar cases within the same film, but actually go one step further in establishing and revealing a disturbing connection between the two (you’ll have to watch it to find out).

Continuing in his legacy of terror tales that includes the very first of the Saw films, the Insidious trilogy and of course The Conjuring, horror maestro and director James Wan yet again succeeds in effectively recreating the atmospheric mood of unsettling suspense that sends shivers down your spine and the gradual build-up of dread and fear that escalates with the progression of the film, reminiscent of old-school horror classics like The Exorcist, The Omen and Rosemary’s Baby.

It is also evident that, like a second skin, Wilson and Farmiga have settled with ease into their lead roles as the Warrens, so much so that it looks like, in time to come, they could very well become as synonymous with these real-life characters, just as Peter Cushing has always been with his iconic role as vampire hunter Van Helsing. 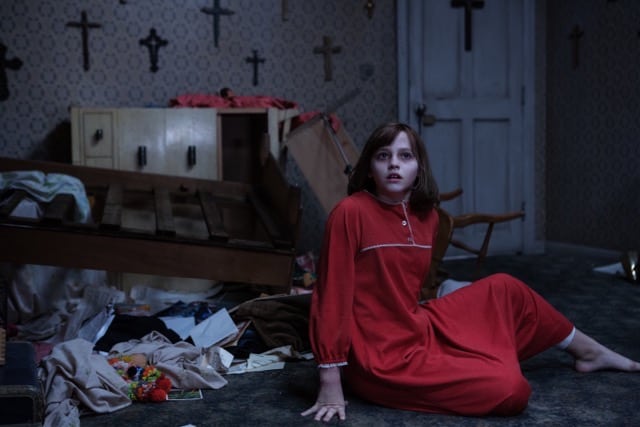 However, as competent as Wilson and Farmiga are, the undisputed star of this film is definitely Wolfe. Much like how Linda Blair stole the show in The Exorcist with her standout performance all those years ago, so does Wolfe in this film. Even though cinema audiences may have caught a glimpse of her in Oscar-nominated films such as Joy and Trumbo, acting alongside Jennifer Lawrence and Bryan Cranston respectively, this is definitely the career-changing role that will have everyone sitting up, just as Haley Joel Osment did with his Oscar-nominated performance in The Sixth Sense. With her wide-eyed terror, authentic accent and nuanced performance, Wolfe proved to be even more convincing and way creepier than even the real Janet Hodgson, especially when compared against the real footage that can be found on YouTube. Even Wilson was reportedly impressed when he first ran lines with her for this film and did not realise until she reverted to her original accent that she was the same girl who acted as his daughter just a year ago in Home Sweet Hell.

Slightly on the downside though, in spite of Wan’s skilful direction and the cast’s brilliant performance, this sequel does feels a little too run-of-the-mill with the delivery of its haunted house and exorcism scenes and lacks the sense of ingenuity that its predecessor had. Not helping either are the ghoul nun and crooked man imagery, which unfortunately uncannily resembled the titular characters of the 2005 Spanish horror movie La Monja (The Nun) and the 2014 Australian-Canadian psychological thriller The Babadook.

Summary: Although not quite matching up to the brilliance of The Conjuring, this sequel still delivers with satisfying scares, a breakthrough performance by the young Wolfe and a vivid retelling of not one but two horrifying house hauntings for the price of one horror movie ticket.