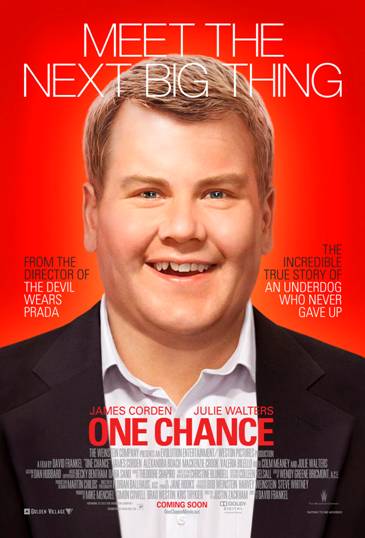 Before Susan Boyle took the world by storm and was the runner-up of the third season of Britian’s Got Talent, Paul Potts won the first season. Based on his life story, One Chance tracks Potts from his childhood in the Welsh steel town of Port Talbot to his success after winning the televised contest. It was far from a smooth ride – bullied as a child and stuck in a seemingly dead-end job as a mobile phone salesman, all Paul Potts wanted to do was sing opera. He faces teasing and torment, suffers rejection at a prestigious opera academy in Venice, overcomes accidents and illness and clears many other such hurdles in pursuit of his dream, supported by his girlfriend and later wife Julz (Roach), his mother Yvonne (Walters) and his co-worker and friend at the phone shop Braddon (Crook).

James Corden said in an interview with the BBC, “I think my reaction was the same as everyone else’s when they hear there’s a Paul Potts film. I was like ‘Really? Are you sure this is a good idea?’” It’s good to know that Corden was aware of the scepticism a biopic about a reality talent show winner would draw from the get-go. It’s a ripe target for scoffing but One Chance has enough talent behind it to work, and is sufficiently charming and humourous instead of overwrought and self-important. This reviewer was worried that One Chance would come off feeling like a sappy made-for-TV movie, but director David Frankel of The Devil Wears Prada fame has ensured that this doesn’t look cheap, with lots and lots of establishing shots of Venice to show for it. 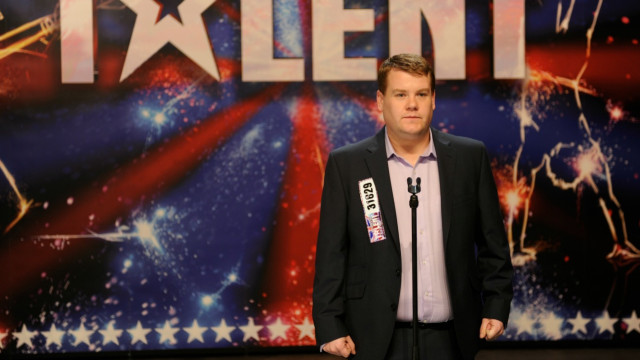 Sure, a good chunk of the movie does feel embellished, ever so slightly melodramatic and contrived, but it’s also surprisingly funny. Paul Potts seems to have been on the receiving end of a whole string of rather unfortunate incidents, but the movie manages to stay uplifting and not lose that skip in its step. Justin Zackham’s screenplay does have its fair share of clichés and “true underdog stories” are nothing new in cinema, but One Chance is a movie that is easy to enjoy and go along with. All the elements at play here are familiar ones: a hero with a working-class background and an unlikely dream, a supportive mother but a disapproving dad, girlfriend troubles, a best friend on hand to provide comic relief, seemingly insurmountable obstacles and all that jazz (or opera, rather). Corden sums it up as a “sports movie”, except the sport here is opera. However, all this is presented palatably and the audience isn’t being hit over the head with some big stick, so it is a pleasant experience. 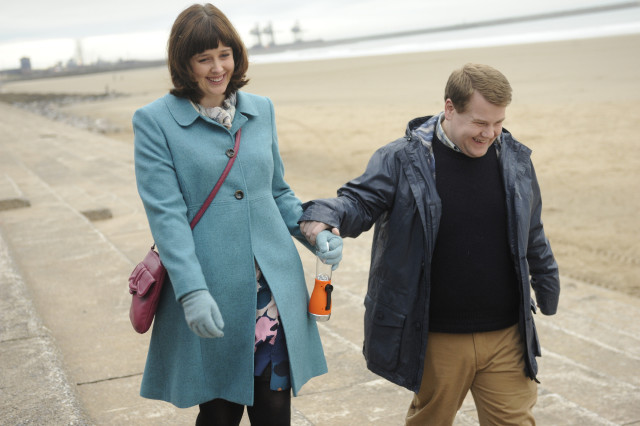 A large part of why this works is Corden’s turn as Paul Potts. Donning a set of veneers to capture the sorry state of Potts’ choppers before he got them fixed with his prize money, Corden is endearing and believable as the confidence-deficient phone salesman-turned opera star. He didn’t do his own singing and is dubbed by the real Potts in the movie, but that doesn’t detract from this sweet, loveable performance. Alexandra Roach won this reviewer over just as easily as Julz, the girl Potts met online and eventually married. The two share palpable chemistry and, while there is the inevitable rom-com-style big misunderstanding, Roach is always measured and brings considerable down-to-earth appeal to the part. Her performance makes it clear that Potts wouldn’t have been able to do it had it not been for the love and support of Julz and their love story is as central to the plot as Potts’ passion for singing. Crook is eccentric, funny but thankfully a safe distance from annoying as the designated comic relief and Julie Walters is as warmly maternal as she usually is. She is Molly Weasley, after all. 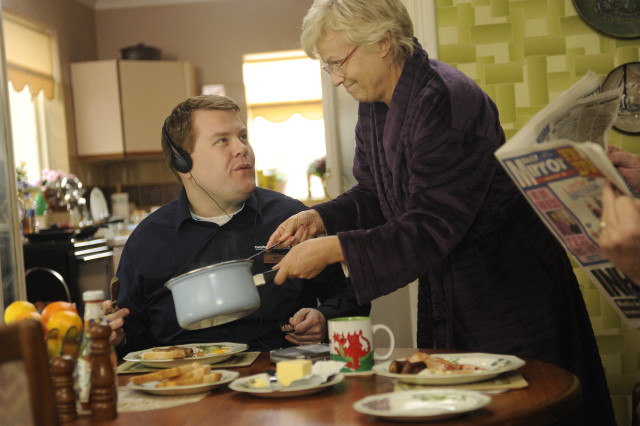 A particularly dark chapter in Potts’ life during which he was sexually abused by a Sea Cadets leader is omitted from the film and actually didn’t come to light until Potts’ autobiography (also called One Chance) was published after the movie’s release in the UK. That certainly would have made this a lot darker. As a biopic, One Chance is safe, predictable and sometimes cheesy, and one can’t help but feel the cloud of producer Simon Cowell’s gargantuan ego hanging overhead. However, this isn’t as bad as it could have been, is pretty entertaining and yes, even actually inspirational.

Summary: The jaded should stay away from this sometimes-treacly biopic, but surprisingly, there is a fair bit here to enjoy, particular James Corden and Alexandra Roach in the leading roles.