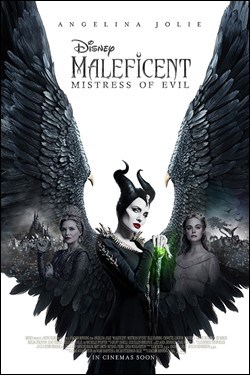 The Low-Down: In 2014, audiences learnt the back-story behind Maleficent, the villainess of Disney’s 1959 animated film Sleeping Beauty. Beyond being a cackling sorceress/sometimes-dragon, Maleficent painted its title character as someone who rose from tragedy and betrayal to form a complex bond with the young Princess Aurora. Directed by Joachim Rønning (Pirates of the Caribbean: Salazar’s Revenge), this sequel continues that story, pitting Maleficent against a conniving, ruthless new foe.

The Story: Aurora (Elle Fanning), Queen of the Moors, is about to marry Prince Philip (Harris Dickinson) of Alstead. Aurora’s godmother Maleficent (Angelina Jolie) is resistant to this union. Despite her heroic actions, she has been cast as a villain in stories spread by the humans. Philip’s father King John (Robert Lindsay) thinks the wedding could help to unite the two kingdoms, but his mother Queen Ingrith (Michelle Pfeiffer) harbours hatred towards Maleficent and the magical creatures with whom she is aligned. Maleficent discovers a hidden society of faes, including the wise Connall (Chiwetel Ejiofor) and the fiery warrior Borra (Ed Skrein). Queen Ingrith foments a war between the humans and the faes, with the young couple caught in between. 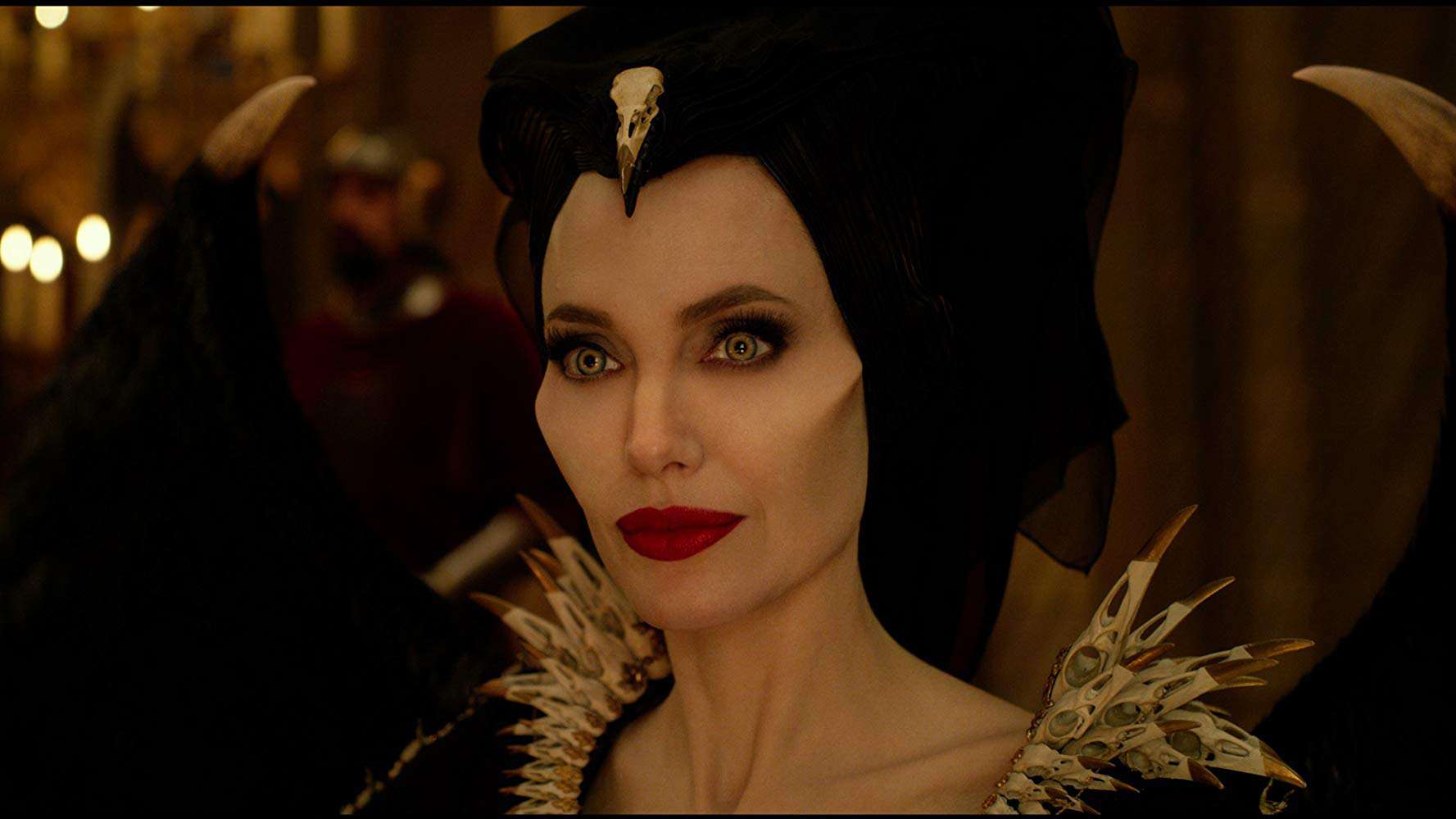 The Good: Angelina Jolie continues to be all sharp-cheekboned perfection as Maleficent. We were afraid that she might phone in it given that this is a sequel, but she still appears to relish the role. Not only does she get numerous fabulous costume changes, Maleficent goes on a journey of discovery, getting acquainted with her people and learning about their customs and beliefs. There is a conflict between her allegiance to her fae kin and to Aurora, which gives the powerful character something to struggle with.

Much of the film works because of Michelle Pfeiffer. Casting her opposite Jolie was an inspired move. The early promotional materials tried to hide it, but there’s no point beating about the bush now – Queen Ingrith is the “Mistress of Evil” of the title. Pfeiffer plays the villain with sneer and swagger hidden beneath a regal façade, with shades of her witch character from Stardust sometimes visible. Coming off like a PG-rated Cersei Lannister, it’s an absolute hoot. 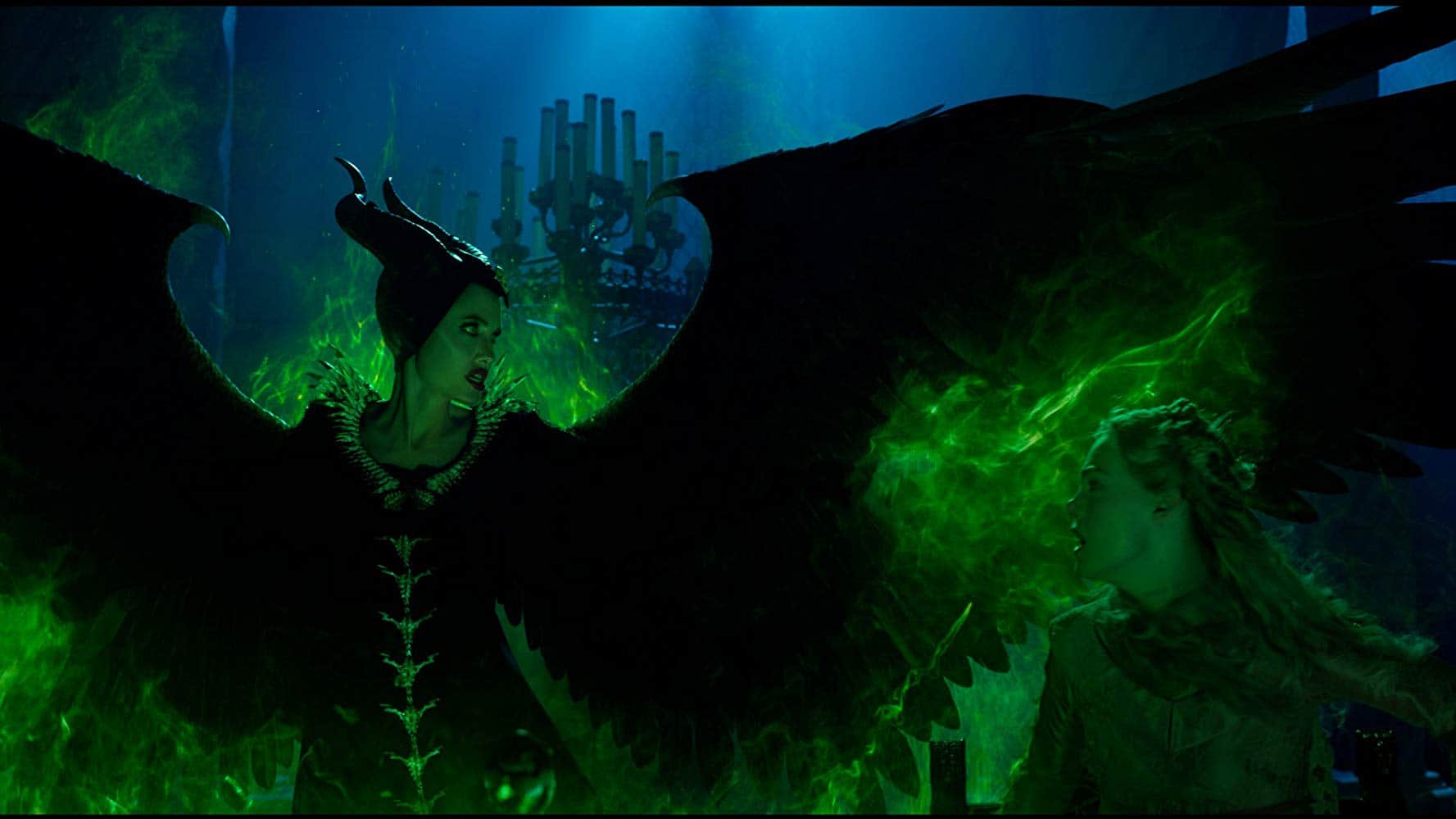 There’s a lot going on in the plot of the movie, so it is to writers Linda Woolverton, Noah Harpster and Micah Fitzerman-Blue’s credit that the movie never loses sight of its emotional core: the relationship between Maleficent and Aurora. They might not be on the same page for much of the film, but it cannot be questioned that Maleficent deeply loves and cares for Aurora, something Ingrith winds up exploiting. 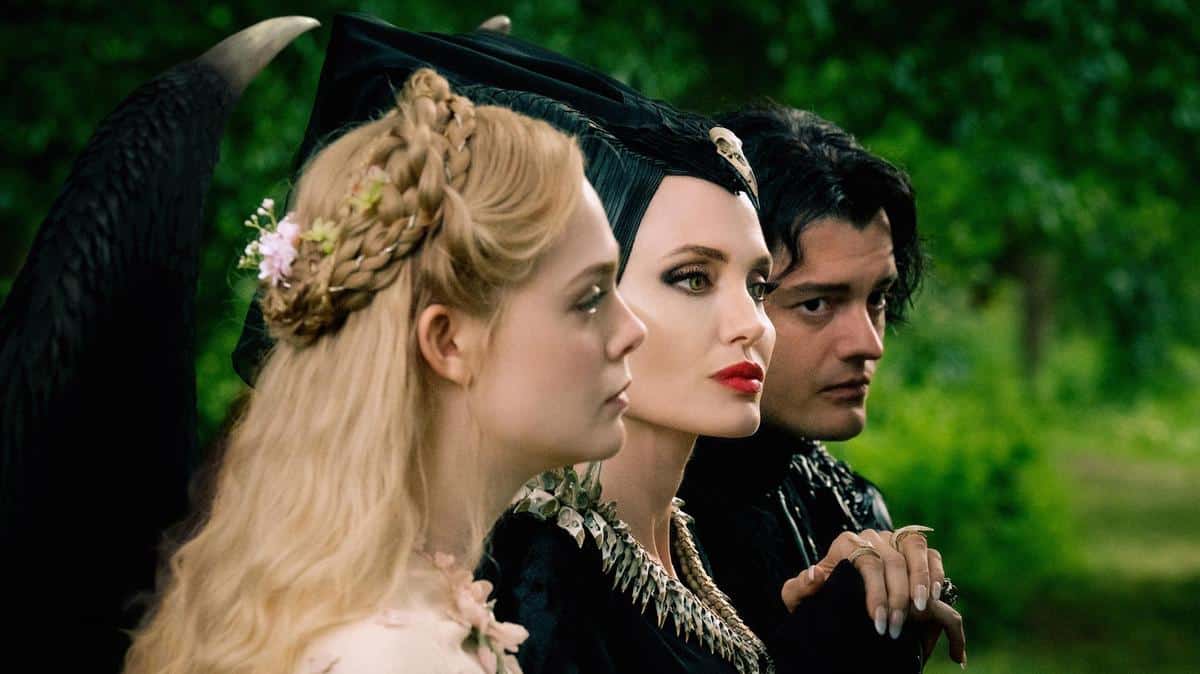 Just as in the first film, the show is stolen by Sam Riley as Diaval, Maleficent’s shape-shifting sidekick. Riley manages to be both cool and endearing. Queen Ingrith’s sadistic henchwoman Gerda (Jenn Murray) is also a fun, arch character.

The Not-So-Good: While the visuals are often mesmerising and transporting, the film does lean very heavily on computer-generated imagery. This is expected of a fantasy adventure film, but some of the characters do seem unnatural. The Fairy Godmothers Knotgrass (Imelda Staunton), Thistlewit (Juno Temple) and Flittle (Lesley Manville) return from the first film, and their almost-human facial features sometimes cross over into the dreaded uncanny valley.

Prince Philip is boring, but then again, this is something inherent in the source material. Brenton Thwaites, who was busy filming Season 2 of Titans, is replaced by Harris Dickinson, who constantly seems a little bit confused and flat. However, this is also a sign that the film understands that Philip is not the main character, and that he does not have to be the hero to save the day.

Battle Royale: The action sequences in Maleficent: Mistress of Evil are grand and expansive. Like most big-budget high fantasy projects these days, it seems more than a little derivative of Game of Thrones, but the big battle scenes are dynamic and lively. The movie gets surprisingly dark, with the villain’s plot involving genocide by way of biological warfare. However, the movie still has a bounce and a sense of humour to it and is never too self-serious the way something like Snow White and the Huntsman and its sequel The Huntsman: Winter’s War sometimes were. The big climactic battle takes place in broad daylight, which is a relative rarity in films of this type.

A world unseen: This film has a completely different design team than the first but maintains a sense of visual continuity while also giving us something new. The costumes by Ellen Mirojnick are stunning, especially Maleficent’s battle outfit, which is a sexy, elegant body paint-style number. Production designer Patrick Tatopolous creates some gorgeous fantasy environments, chief of which is the hidden fae sanctuary comprising mini-environments which have different climates.

Recommended? Yes. Some of it may be overly familiar, but there’s still more creativity to this than to Disney’s live-action remakes which are obligated to retrace the steps of their animated forebears. Angelina Jolie and Michelle Pfeiffer pitted against each other is worth the price of admission.