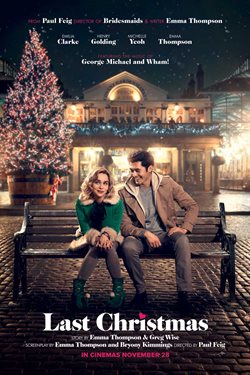 The Low-Down: Wham!’s “Last Christmas” is an infectiously inescapable ditty during the Holiday Season. This comedy directed by Paul Feig of Bridesmaids and Spy fame and co-written by Emma Thompson is inspired by the song. What plot can be mined from the lyrics of this beloved Christmas song/breakup anthem? 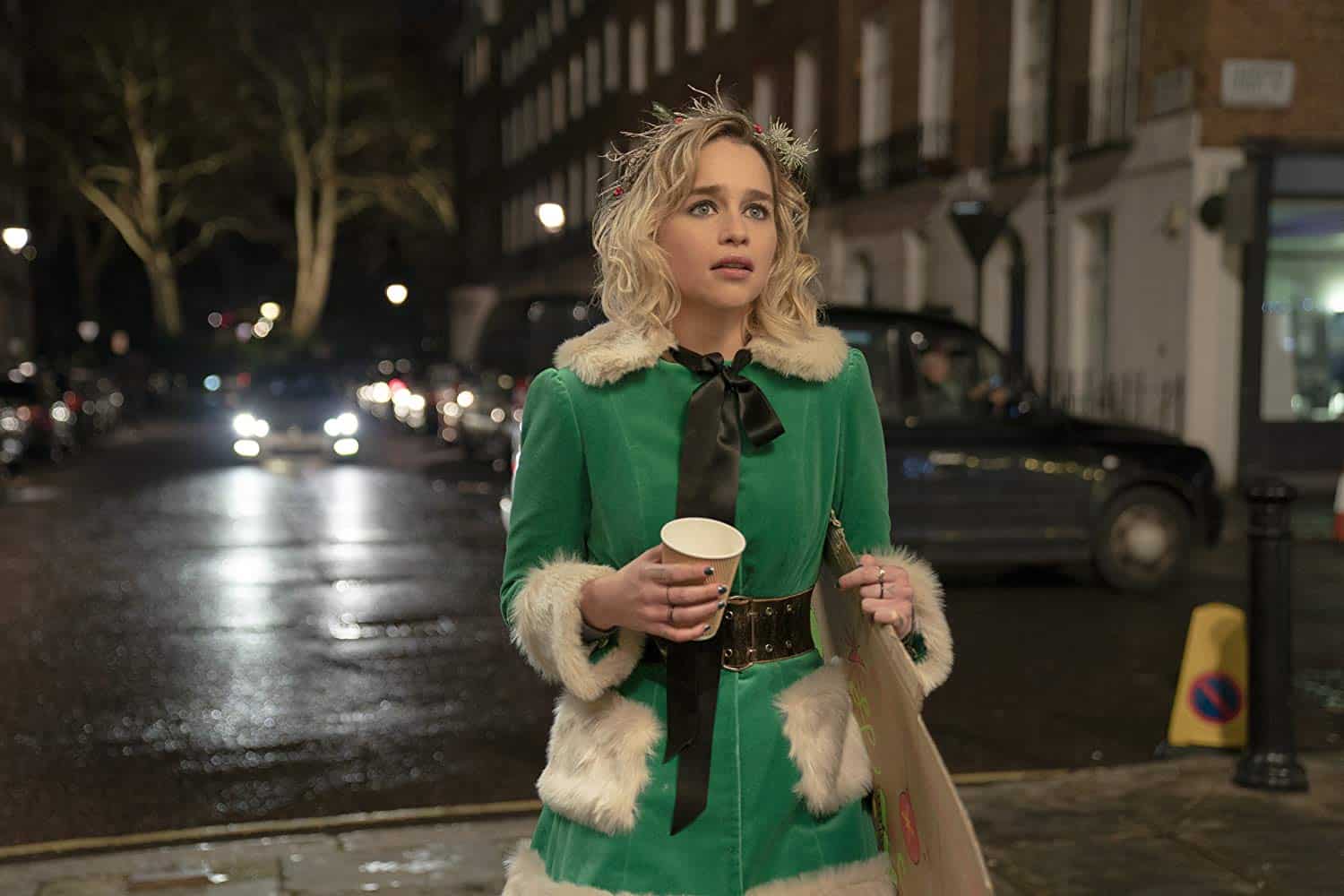 The Story: Kate (Emilia Clarke) has been plagued by a string of bad luck. She works in a shop selling Christmas decorations and is constantly berated by her boss “Santa” (Michelle Yeoh). She has had several one-night stands end disastrously, unsuccessfully auditioned for various shows on the West End and is a burden on all her friends. Kate doesn’t have the best relationship with her family who immigrated to the UK from former Yugoslavia and is always been nagged at by her mother Adelia (Emma Thompson). Kate’s luck seems to change when she meets Tom (Henry Golding), a cheerful young man who is always telling her to “look up”. However, she can’t quite figure Tom out or pin him down. Tom guides Kate on a journey of self-discovery as she attempts to put her life back together. 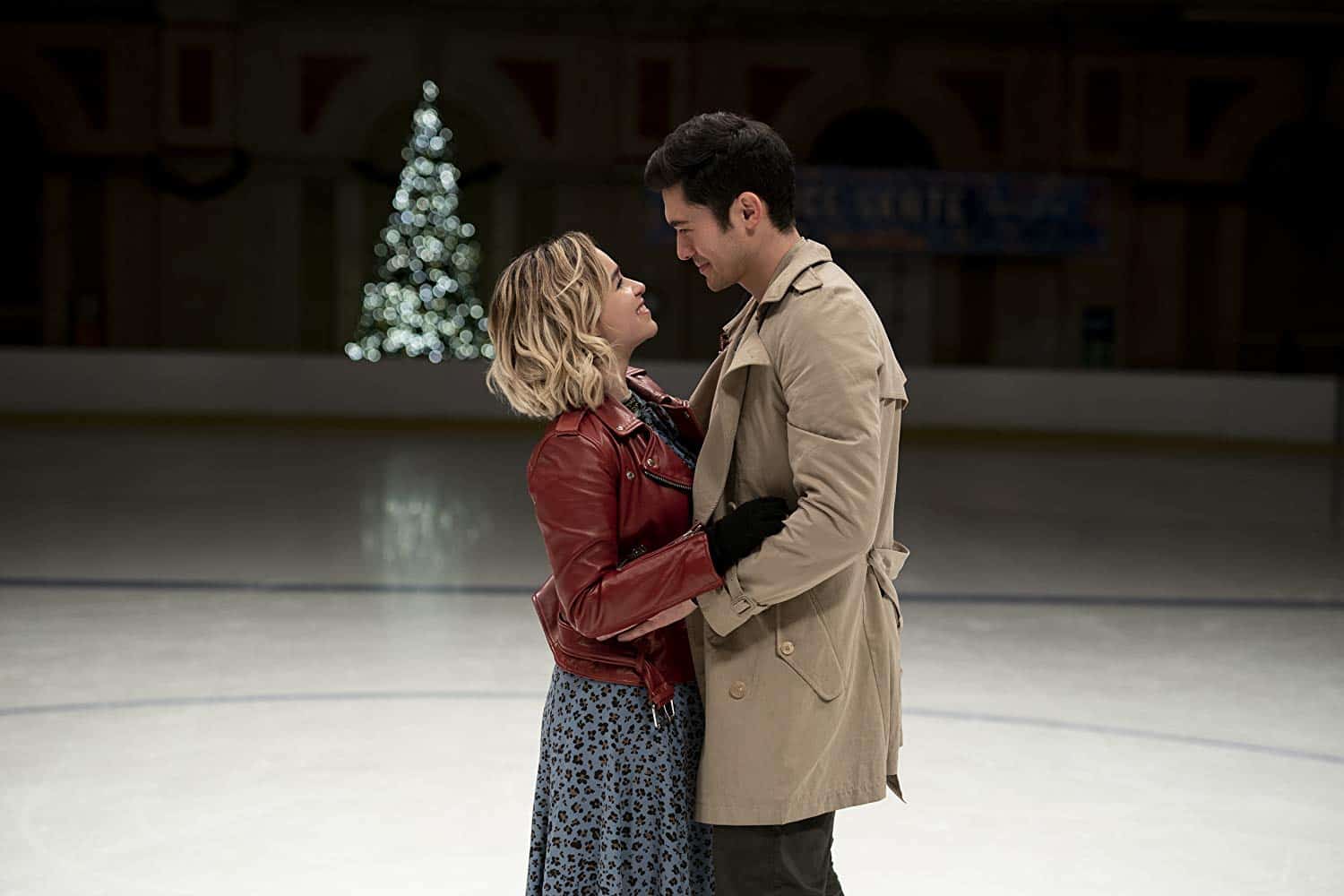 The Good: Last Christmas is sometimes charming thanks to a role that fits Emilia Clarke well and because of its Christmastime London setting. Londoners will be the first to tell you that it isn’t the most romantic city in the world, but when dressed up in fairy lights and shot by John Schwartzman, it is very pretty. The Yuletide store where Kate works is in Covent Garden, and Last Christmas depicts London in full-on fairy tale winter wonderland mode. 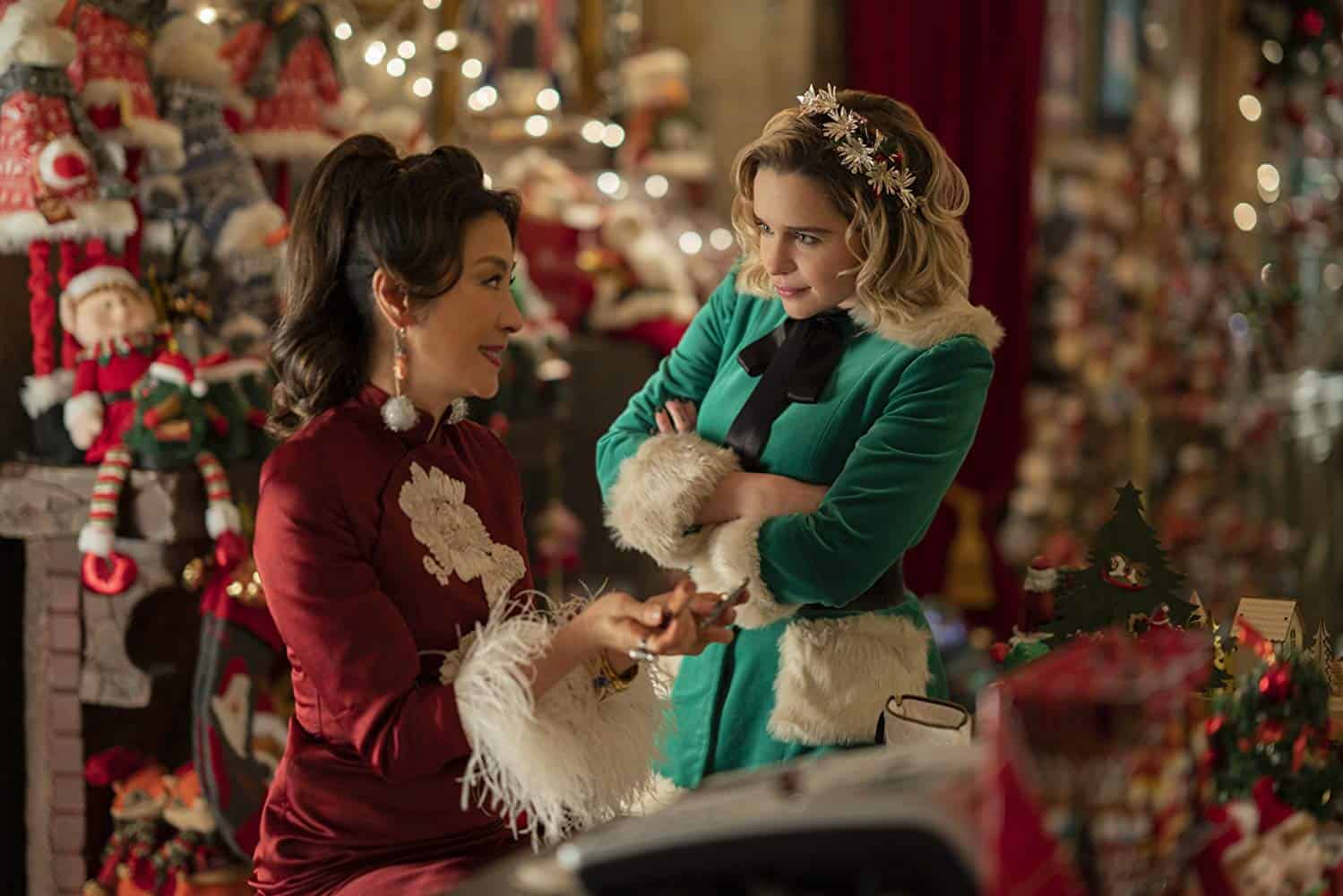 In addition to Clarke, the rest of the cast is good. Michelle Yeoh has a knack for playing characters who are outwardly stern but ultimately good-hearted, as her “Santa” character is here. Henry Golding is every inch the dashing, sweet and confident rom-com leading man. Emma Thompson’s role is largely comedic, but there’s also some sadness and unarticulated frustration there that she plays well.

Musical theatre fans will also enjoy the random cameo by Broadway superstar Patti LuPone, which she likely filmed while doing Company on the West End in 2018.

The Not-So-Good: Last Christmas utterly overdoses on twee. It is trying to be reminiscent of Love Actually, but the story is all over the place and the movie seems to think it is much cleverer than it really is.

Clarke may be trying her best and she may suit the part well, but Kate as a character often borders on annoying. The by-now tired “manic pixie dream girl” archetype seems to apply to both Kate and Tom here. Kate is klutzy and dysfunctional, while Tom opens her eyes to the magic that is all around her and that she’s just never noticed. Sharing the cliché between two characters doesn’t make it any less of a cliché.

If you go back to look at the comments sections for this film’s early trailers, you can see people call the big reveal even back then. The movie’s twist has been done before and been done much better, such that when we’re told what has really been happening, it’s more likely to induce eye-rolls than gasps. 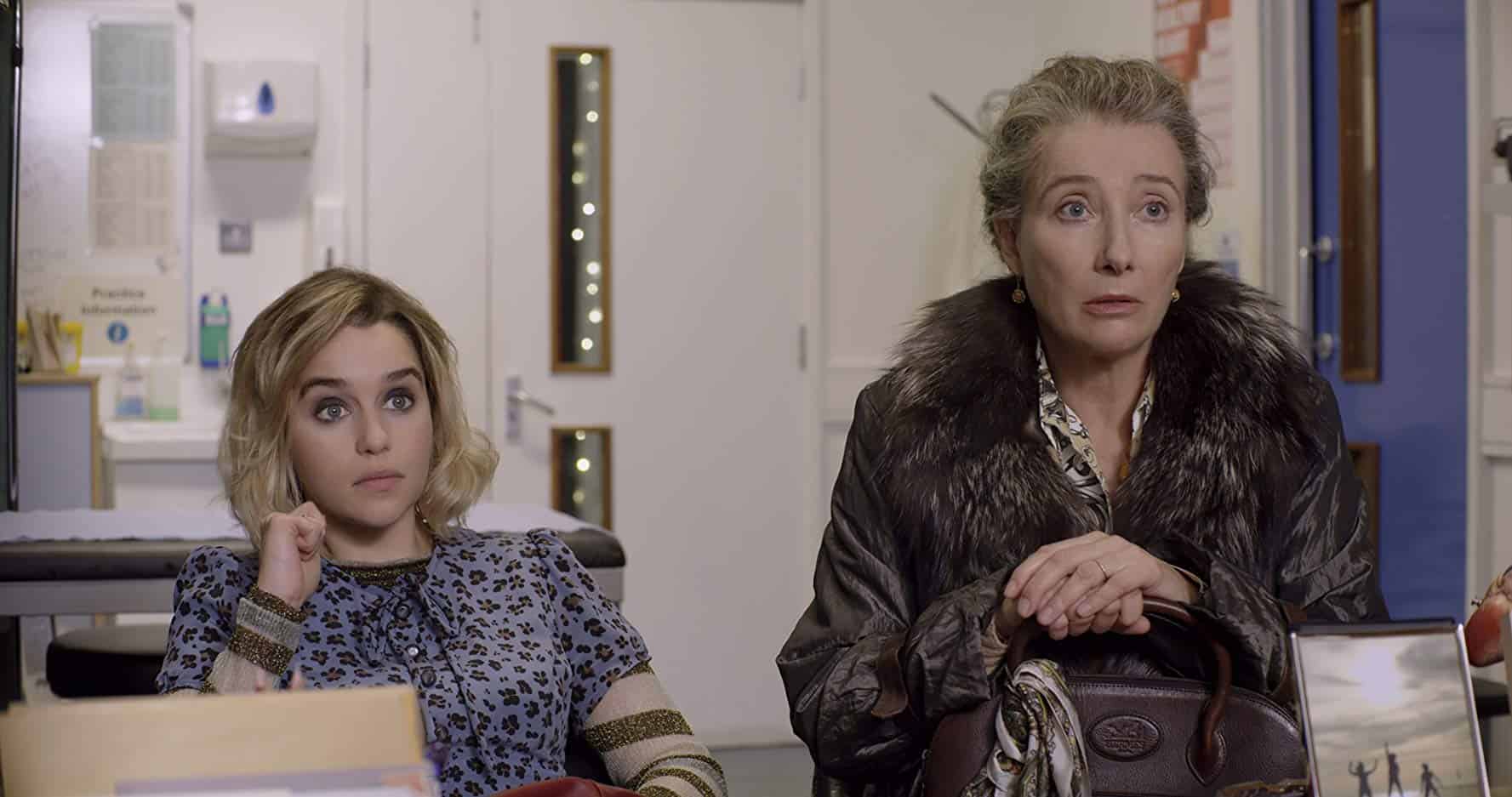 The screenplay was written by Thompson and Bryrony Kimmings, with Thompson and her husband Greg Wise receiving screen story credit. There are several ideas in the script that barely get explored, including that of the immigrant experience in the UK, especially during in the aftermath of the Brexit referendum, as well as how the homeless and less fortunate spend their holidays. Kimmings is an artist known for her socially conscious work and one can tell that there is an attempt to make Last Christmas more meaningful than your average romantic comedy, but none of this really gels together. 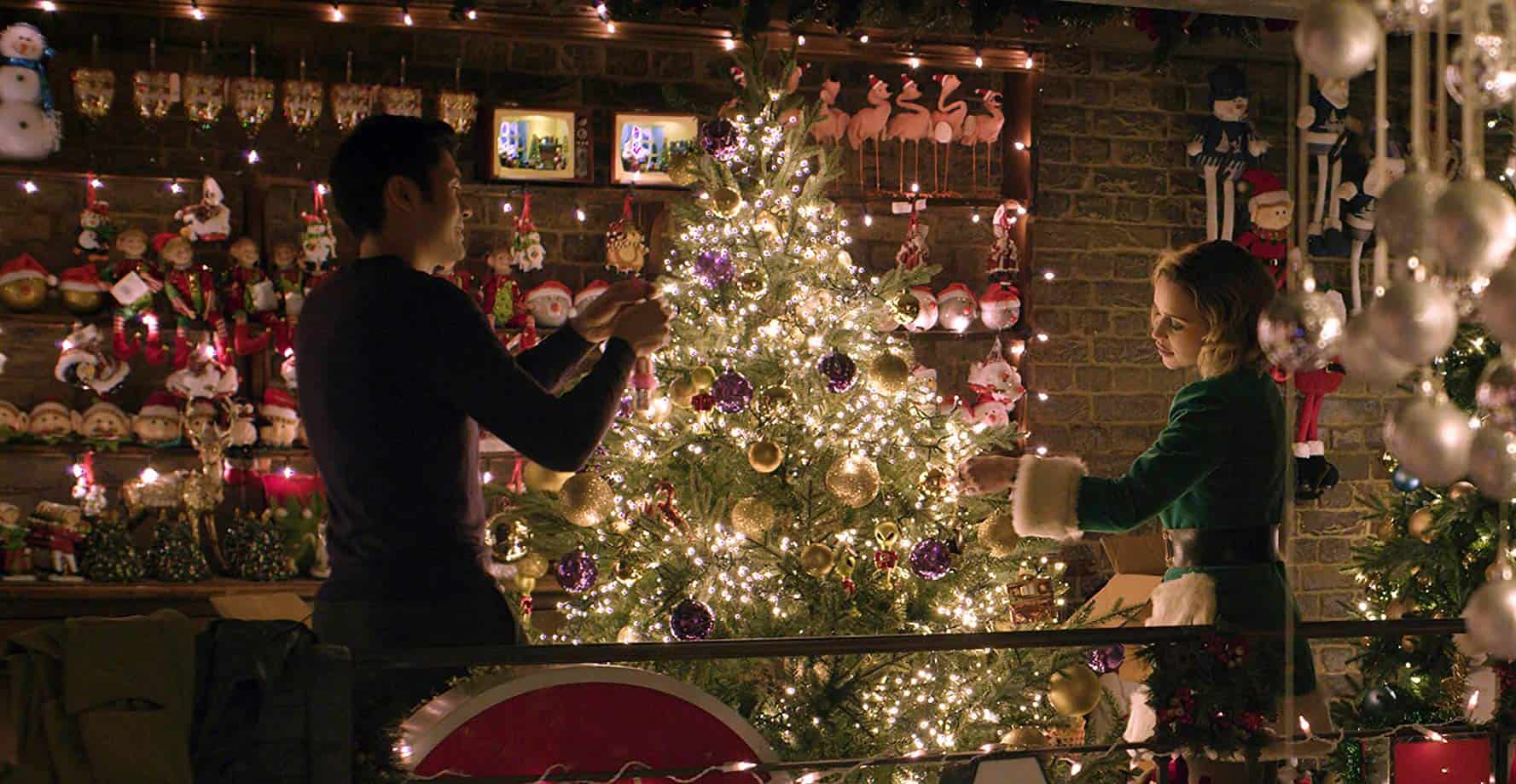 A Christmas Synth-Pop Carol: In addition to “Last Christmas”, various other George Michael songs appear in the movie. The Kate character is a huge George Michael fan, and the film begins with a young Kate singing “Heal the Pain” with a church choir. The film also includes a previously unreleased track, “This Is How (We Want You To Get High)”. While the filmmakers’ affection for Michael’s music is palpable, it isn’t integrated into the storytelling that well. A key plot point is inspired by a horrifyingly literal reading of one George Michael lyric which is far more morbid than sweet. 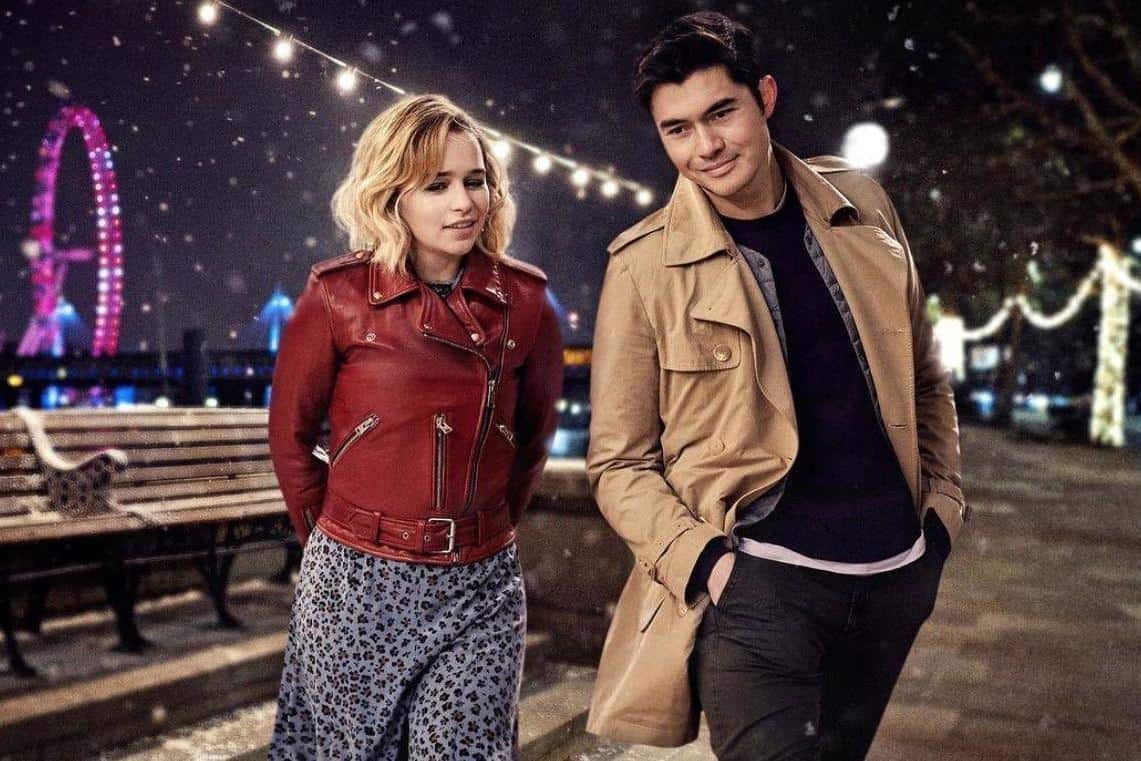 Recommended? No. If you love George Michael and have romantic fantasies about Covent Garden in the winter, maybe you’ll get something out of this, but otherwise this is an incredibly muddled romantic comedy that is a strange and discordant mishmash.