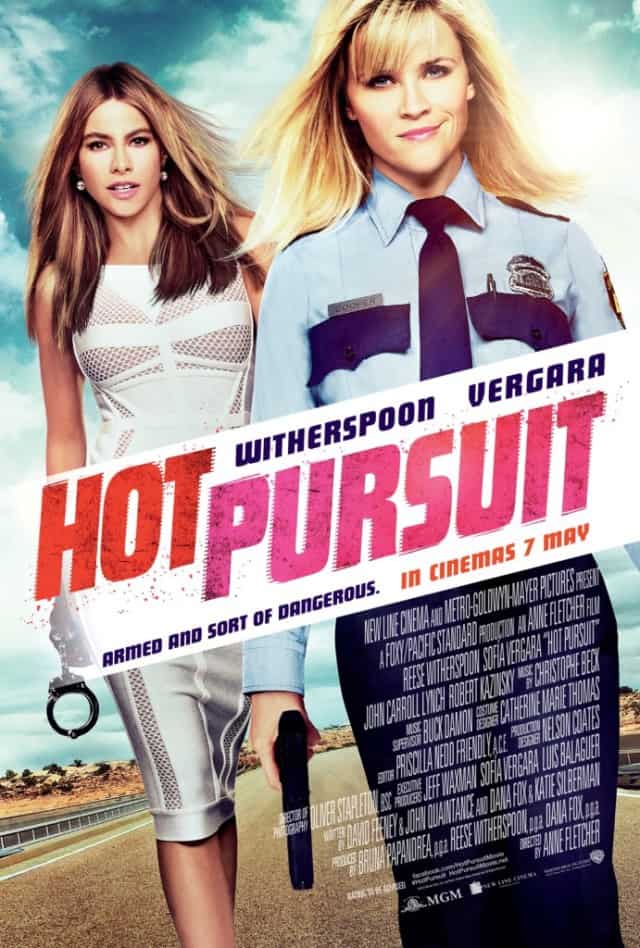 There’s something quite improbable about Hot Pursuit. Its leads simply don’t add up. Aren’t the days of patently broad comedy behind Reese Witherspoon, especially after her stunning, Oscar-nominated turn in Wild? And why would anybody even think to pair her in a crime caper with the remarkably sexy Sofia Vergara, whose thick Colombian accent is as much a delight as it is an ongoing plot point on TV’s Modern Family? Whatever the case may be, the final result is a generally charming, if occasionally tired, buddy comedy that benefits from the charisma and unexpected chemistry of its co-stars. 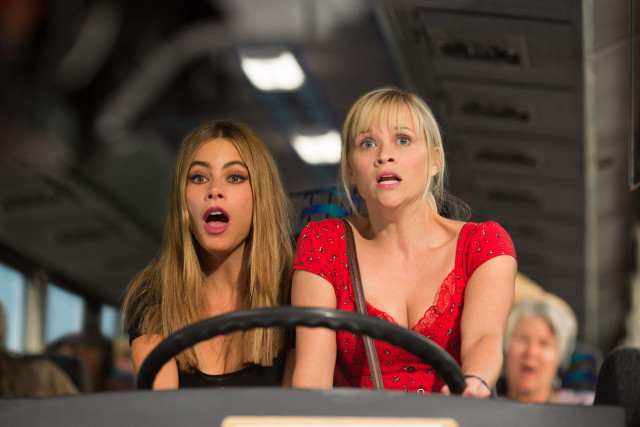 Police officer Cooper (Witherspoon) is finding it hard to measure up to her legendary dad – rather than busting criminals on the streets, she’s stuck bagging evidence in the basement. But everything changes for the earnest, awkward cop when she’s assigned to the protective detail of Daniella Riva (Sofia Vergara), the apparently flighty and spoiled wife of a drug lord who’s about to rat on his boss. When Daniella becomes a widow in a shootout that goes very badly indeed, the two women must go on the run – with cops and criminals in hot pursuit.

Strictly speaking, Hot Pursuit isn’t a particularly good film. Its plot is mostly predictable: there’s never any doubt that these two diametrically opposite women will bond despite their differences and, as a result, triumph over all the adversities and adversaries (including each other) they encounter on the road. There’s nothing at all highbrow about the humour on display here, which ranges from the slapstick (Cooper and Daniella struggle to get out of a bathroom window) to the infantile (the pair desperately try to distract an angry man pointing a rifle at them). It’s funny, sure, but it isn’t always smart about it. 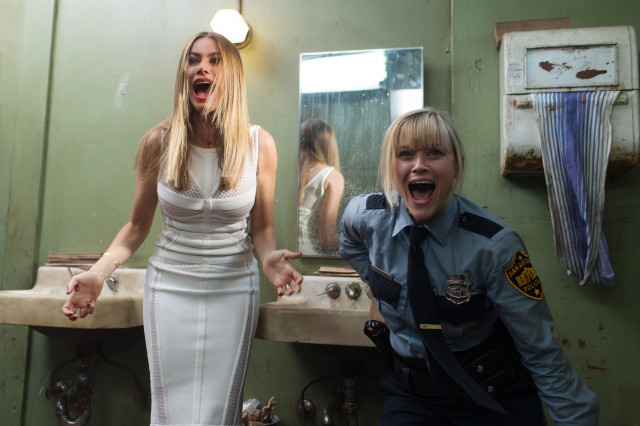 And yet, there’s something about the film that’s hard to resist. For all of its plot-related flaws, Hot Pursuit benefits from two lead characters who are sharply drawn and imbued with a richness that’s frankly surprising in throwaway comedies of this sort. At least initially, both women appear to fit their stereotypes: Cooper is the quintessential if rather awkward girl-next-door, and Daniella a flighty, materialistic sexpot. But the film gives them the opportunity to get out of these boxes, as Cooper regains confidence in herself and Daniella demonstrates just how resourceful she can be.

The interplay between the duo is also delightful: fireworks fly and silliness abounds whenever Cooper tries to stick to the rules and regulations, which have clearly never bothered Daniella a day in her life. As the duo insult each other with merry abandon, an odd friendship springs up between them – and it works very well indeed, whether they’re commandeering vehicles or posing as a woodland creature (yes, really). 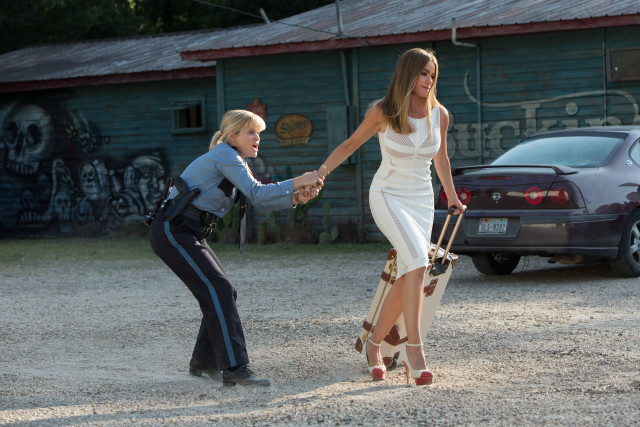 This is due in no small part to the combined charm and chemistry of both Witherspoon and Vergara. They won’t strike anybody as the most likely of cinematic pairings, but there’s a goofy amiability to their relationship both on screen and off (as evidenced by the bloopers that accompany the credits). Flinging their dignity to the winds, both actresses play their occasionally undercooked roles with so much zest and joy that it’s great fun just to watch them in action. Witherspoon, in particular, is so winning in her wholehearted embracing of the film’s zany comedy that it’s to be hoped she doesn’t just stick to sombre Oscar-worthy dramas in future.

It’s easy to expect the worst of Hot Pursuit – it looks like a by-the-numbers movie that its co-stars were under pain of death (or contractual obligation) to complete, an effort that they would rather forget before getting on with their careers. But looks can be deceiving: a message reinforced by the script’s surprisingly warm and appealing treatment of its main characters. Forgive the film some of its unfunny business, and hang on for an unexpectedly enjoyable ride.

Summary: Fun, silly and flawed, buoyed by the charm and chemistry of its unlikely pair of leading ladies.