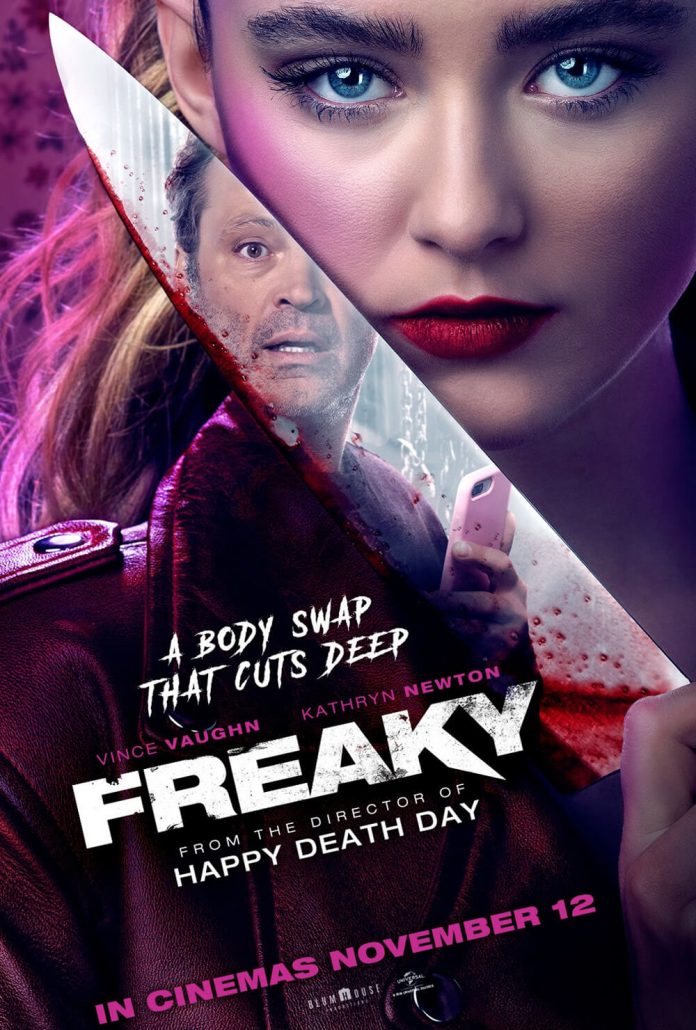 The Low-Down: “Body swap slasher movie” – that’s a killer elevator pitch right there. This movie’s initial title was Freaky Friday the 13th, which was likely changed due to rights issues, but tells you all you need to know. Happy Death Day director Christopher Landon continues his collaboration with Blumhouse, Hollywood’s reigning horror studio, with this horror comedy. 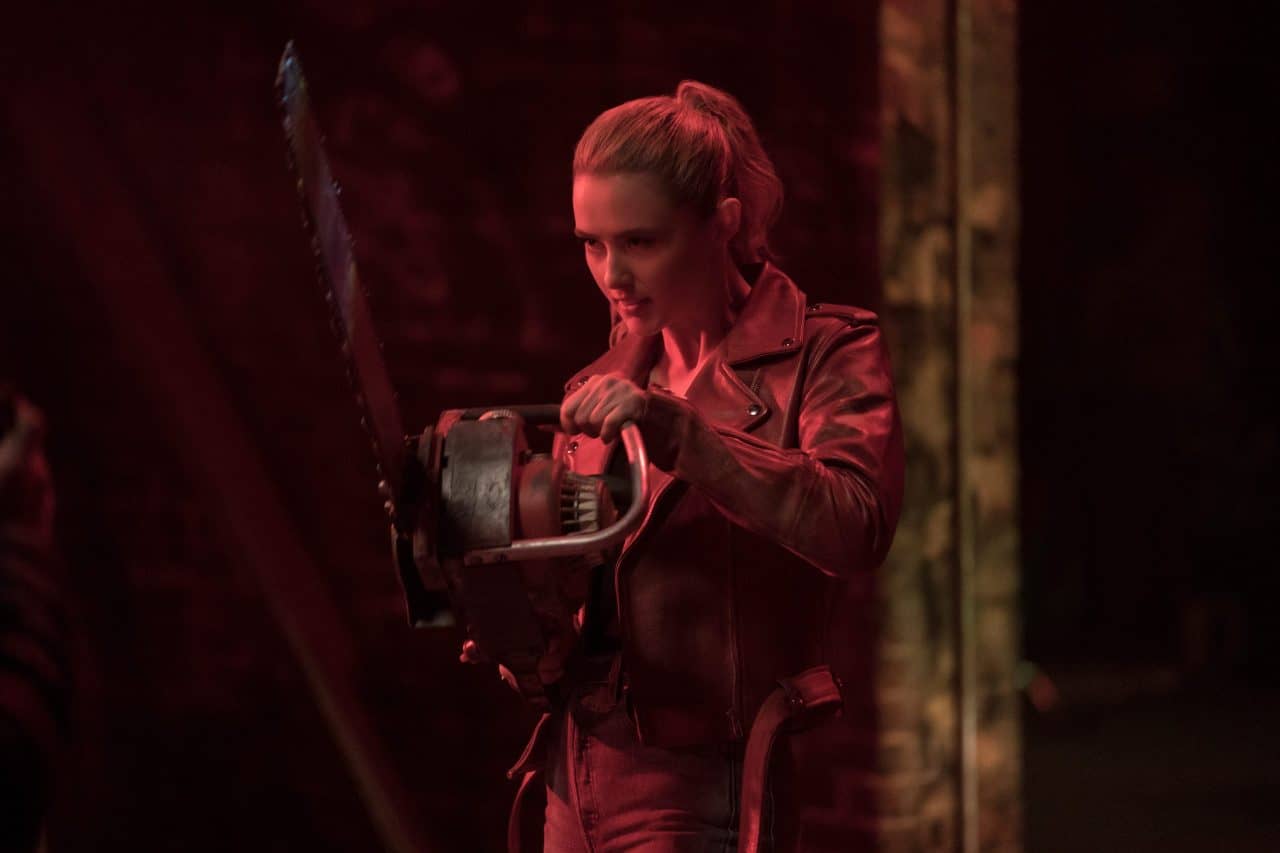 The Story: The Blissfield Butcher (Vince Vaughn) is a serial killer who has become the stuff of urban legend. Millie Kessler (Kathryn Newton) is a shy Bayfield Valley High School student. After an altercation involving a cursed Aztec dagger, they swap bodies. Millie, now in the guise of the Butcher, must convince her best friends Nyla (Celeste O’Connor) and Josh (Misha Osherovich) of her far-fetched predicament. Meanwhile, the Butcher, inhabiting Millie’s body, sets about murdering the other high school students. Millie-as-the-Butcher must retrieve the dagger to reverse the transformation within 24 hours, or it will become permanent. 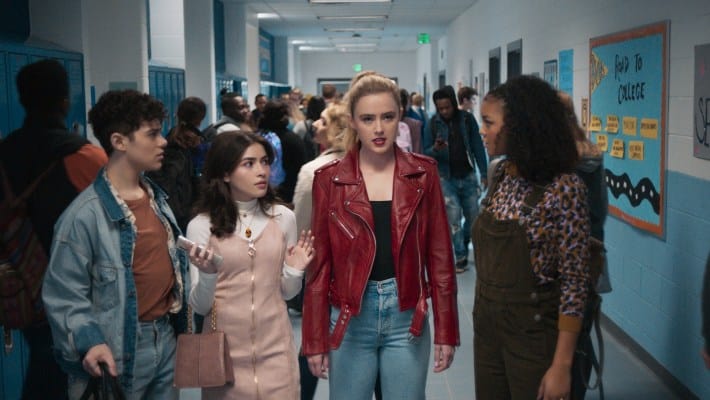 The Good: Landon began his career as a screenwriter and wrote four Paranormal Activity films, directing one. He directed the juvenile, largely off-putting Scouts Guide to the Zombie Apocalypse, before establishing himself as “the comedy slasher guy” with Happy Death Day and its sequel. Freaky sees Landon upping his game, refining a lot of the techniques he used in the Happy Death Day films. There’s an economy to the way Freaky sets things up and pays them off, and the structure works. This also looks slightly more expensive than many other Blumhouse movies do, with the opening sequence in a mansion filled with antiquities being an atmospheric way to begin the movie. 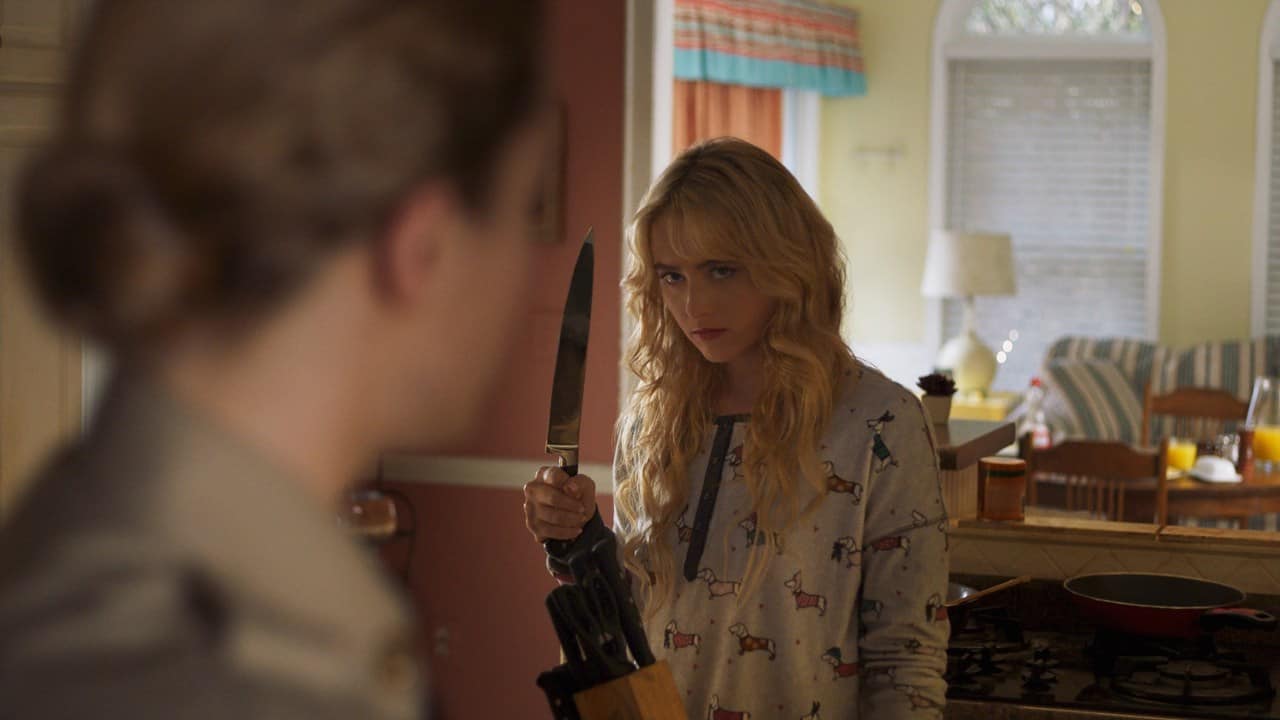 It’s been almost 25 years since Scream, the meta horror-comedy that defined a generation of slasher movies. Freaky follows in those bloody footprints with a healthy amount of wink-wink genre awareness, but never becomes self-indulgent. This is considerably gorier than Happy Death Day, which was a PG13 movie, while Freaky very much isn’t. Tonally, this works: it’s scary when it needs to be, it’s funny when it needs to be, and it’s a little emotional when it needs to be. There’s even a bit of social commentary, with the-Butcher-as-Millie taking on high school boys who behave in a sexually aggressive manner. The plot device of the dagger is efficient – there’s no need for circuitous explanations about the mechanics of the body swapping. There’s also an inspired visual effects flourish during one crucial moment that sells the body swap well. 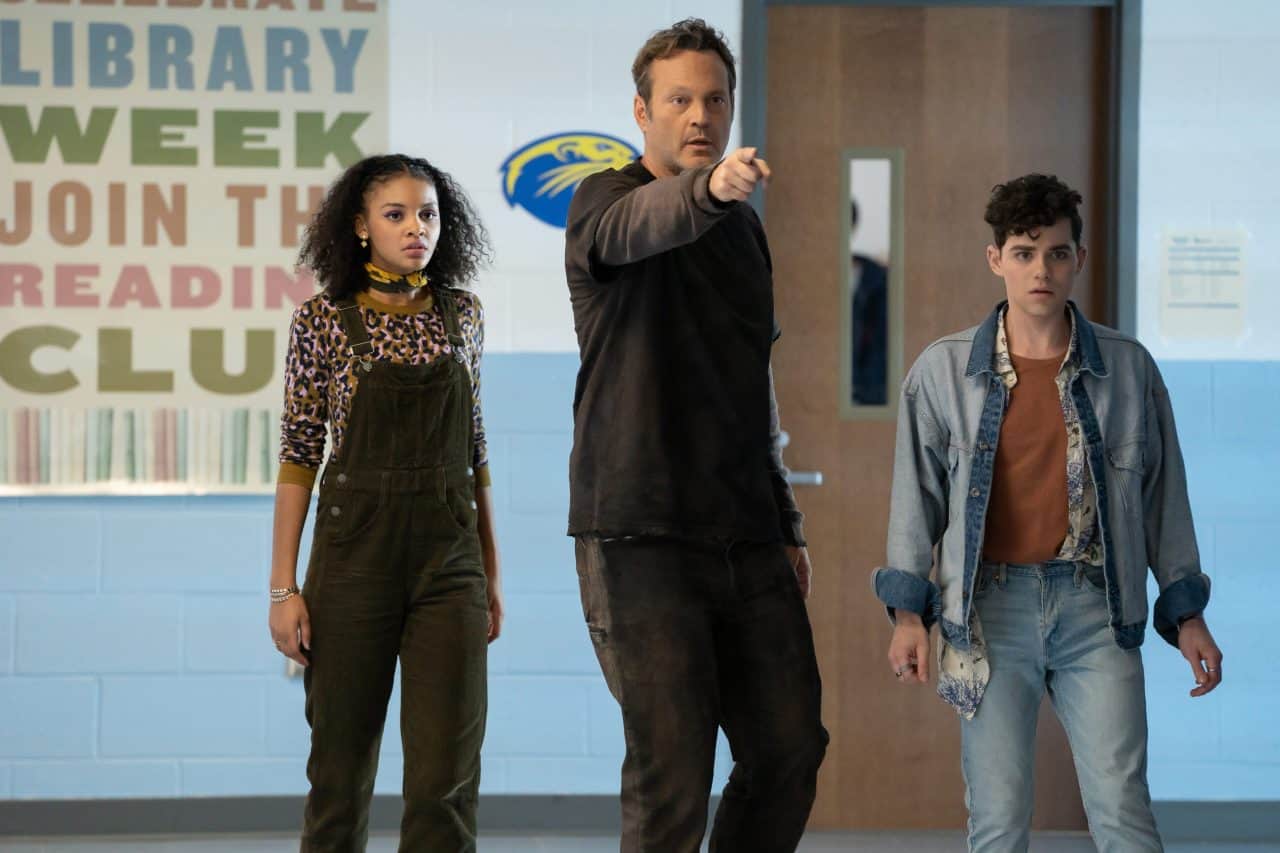 The Not-So-Good: While Landon generally has a handle on the tone, Freaky’s cheekiness can sometimes get the better of it. Bear McCreary’s heightened, arch score pretty much announces “hi, I’m a horror movie score, get ready for some jump scares”. Depending on your mood, this can either heighten everything else going on, or pull one out of it a bit. Some moments of comedy are a bit too broad, with the scene in which Nyla and Josh consult the Spanish teacher about the engraving on the dagger sticking out as quite silly. Plenty of the jokes land, but some of them don’t – several attempts at approximating Gen Z dialogue miss the mark, but it’s not as bad as it could have been.

Swap meet: A key ingredient to any body swap story is the differences between the two people doing the swapping. While Vince Vaughn and Kathryn Newton are physically distinct, there are times when it feels like the movie might have been a bit miscast. Vaughn’s casting is likely a nod to the misbegotten 1998 remake of Psycho that he starred in. He is very good at affecting the teenage girl-ness – not quite to the level of Jack Black in the Jumanji movies, but almost there. While Vaughn is physically imposing, he’s just not very scary in this, and for it to work completely, the Butcher must be convincingly frightening before the swap takes place. The excellent supporting cast does make up for it, with Celeste O’Connor and Misha Osherovich being very likeable as the stock best friends. Alan Ruck is also good as a particularly odious shop teacher.

Recommended? Yes. Freaky largely plays by genre rules but has plenty of fun with them and makes the most out of its fantastic premise.