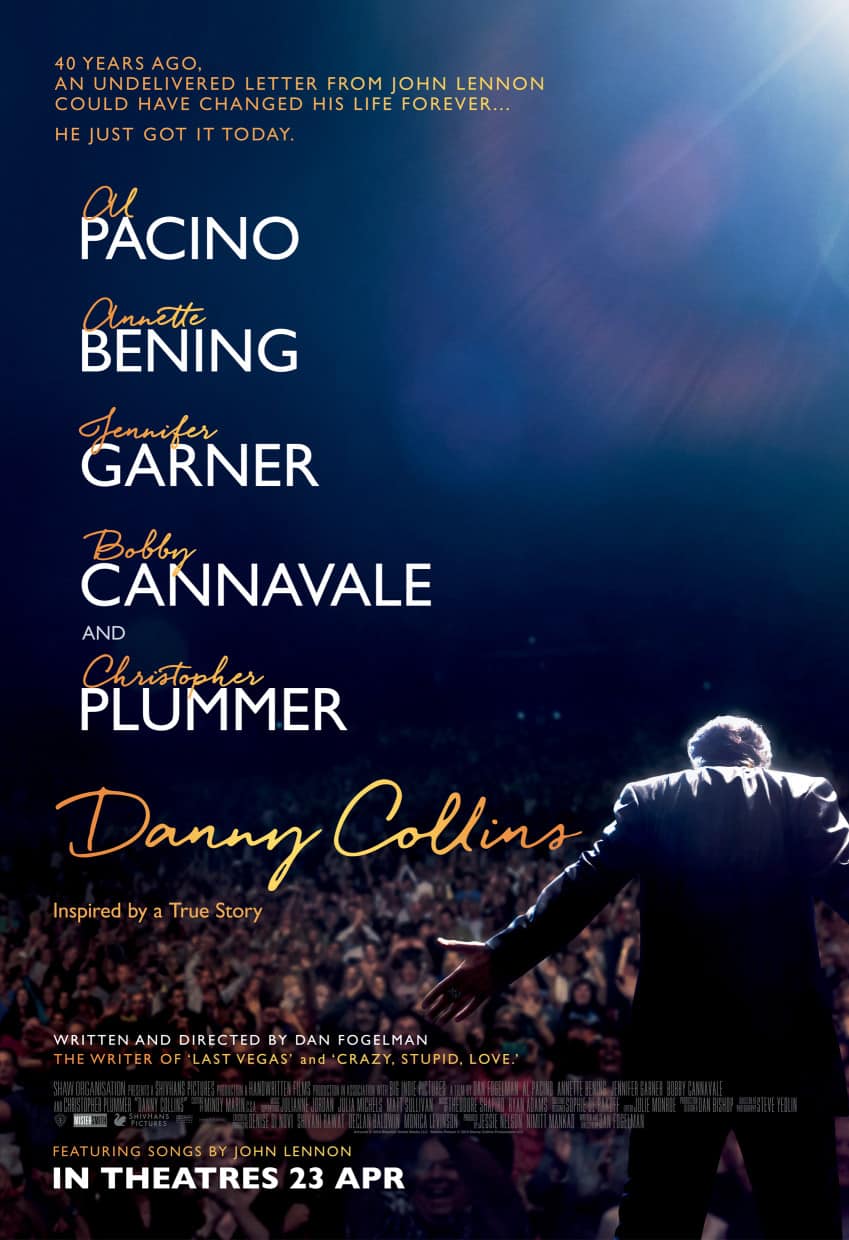 “Rock and roll dreams come through” – so sang Meat Loaf all those years ago. What comes after that? Danny Collins (Pacino) is an aging rock star, a fading shadow of his former self. With a trophy fiancé (Čas) on his arm, a touring show mostly attended by senior citizens and a third Greatest Hits album on the way, Danny is feeling unfulfilled. Danny’s manager Frank Grubman (Plummer) gives him a life-changing birthday present – a hand-written letter from John Lennon that Danny was meant to receive 40 years ago. This gives Danny a second wind as he cancels his tour, checks into a hotel near a New Jersey suburb and tries writing music again. Danny tries to mend bridges with his adult son Tom (Cannavale), attempting to win over Tom’s wife Samantha (Garner) and young daughter Hope (Giselle Eisenberg) and do right by the family he’s only now getting to know. In the meantime, he strikes up a possible romance with Mary Sinclair (Bening), the manager at the hotel. 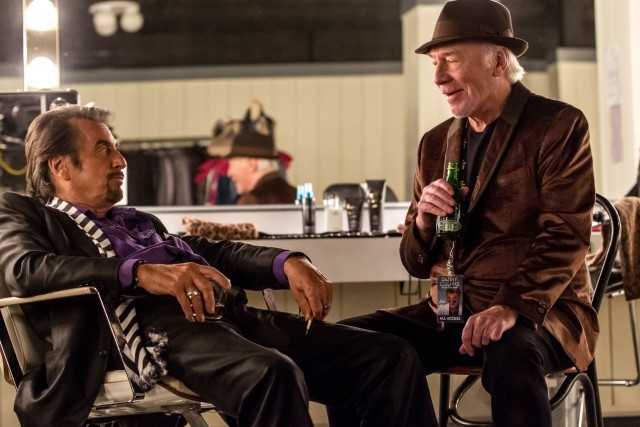 The film begins with the text, “The following is kind of based on a true story a little bit”, a winking, honest admission. The true story in question is that of Steve Tilston, a folk singer from Bristol who discovered that Lennon had written him a letter that Tilston only received 34 years after the fact. Writer-director Dan Fogelman takes that starting point and spins it into a rock star redemption story, its protagonist part-Rod Stewart, part-Tom Jones, with a dash of Barry Manilow for good measure. With its message of “staying true to yourself”, Danny Collins is mostly predictable and it’s clear that Fogelman is valiantly straining to temper the sentimentality with some edginess in the form of swearing, drugs and nudity. The material is still mawkish, most noticeably when Danny bonds with his granddaughter, a stock hyperactive, precocious moppet. At times, the film reminded this reviewer of the Hannah Montana movie, of all things. Bening’s Mary keeps encouraging Danny to write that one song that means something to him, just as Travis did with Miley, the result in that film being “The Climb”.

Pacino isn’t an actor one would expect to deliver a nuanced performance – this is Mr. “HOO-AH!” we’re talking about, after all. As a rock star desperately trying to recapture his glory days, Pacino does get to be a little flamboyant but thankfully reins it in for the most part. Danny’s pre-show ritual consists of snorting cocaine, downing whiskey and dabbing his face with self-tanner. The casting seems apt, since Pacino himself is past his prime, and it’s actually okay that his singing voice is terrible, since it adds to the washed-up quotient. He probably is miscast, but Pacino makes the most of it. It’s not quite a glorious comeback for the actor, but it’s definitely better than slumming it in something like Jack And Jill. 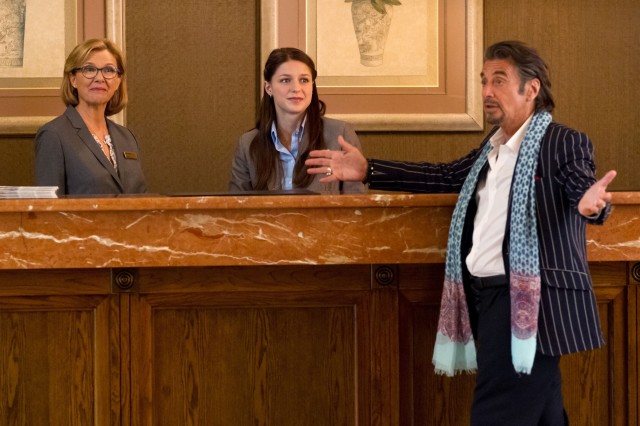 Pacino is backed up by an accomplished supporting cast. Channelling Diane Keaton adequately in the stock no-nonsense boss lady type set on resisting the charms of our protagonist, Bening is nonetheless endearing and strikes up good chemistry with Pacino. Cannavale and Garner make for a convincing upper-middle class couple at the end of their rope and trying not to let it show for the sake of their kids. The conflict between father and son, however fierce, still lacks bite because we know how it’ll all end up. It’s Plummer who steals the show as Danny’s blunt, level-headed and reliable manager/best friend. Plummer has gone on record saying that, although it’s the thing everyone remembers him from, The Sound Of Music was too saccharine for his tastes. If you’ve ever wanted to hear Captain Von Trapp drop more than a few F-bombs and utter the words “sore-tittied African ladies”, this is the movie for you.

The biggest coup here is that Fogelman was able to secure Yoko Ono’s permission to insert nine Lennon songs into the film’s soundtrack, a rarity in the music licensing world. Unfortunately, the use of some of these tracks is heavy-handed – Beautiful Boy plays just after Danny first meets his son, because… of course. The theme of artistic integrity vs. commercial appeal was addressed with more panache in Birdman – come to think of it, the hand-written letter from Lennon here can be compared to the hand-written note from Raymond Carver in that movie. Still, it counts for something that Fogelman demonstrates an awareness that jaded audience members are not that easy to win over, instead of diving head-first into the schmaltz. 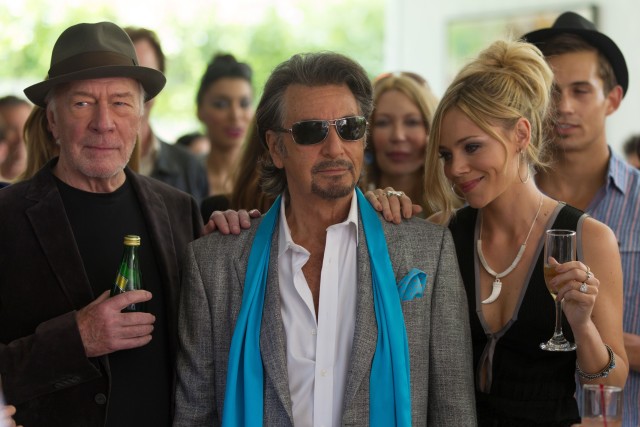 Summary: Acknowledging his status as a washed-up star, Al Pacino is on fine form here and is backed up by a great supporting cast, but the rock star redemption story is still too formulaic to soar.