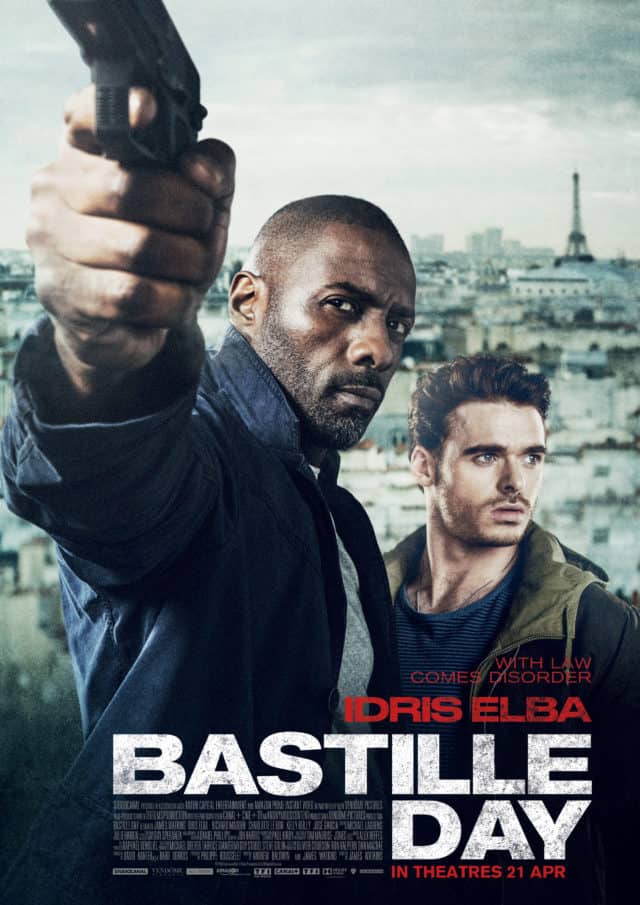 Two actors often named as prospective James Bonds become unlikely partners in this action thriller. Michael Mason (Madden), an American eking out an existence as a pickpocket in Paris, finds himself implicated in a bomb attack. Zoe Naville (Le Bon), whose boyfriend built the bomb, is tasked with planting the explosives, but has a crisis of conscience. CIA agent Sean Briar (Elba) goes off in pursuit of Michael, a wanted fugitive after he is caught on security footage apparently planting the bomb. French Minister of the Interior Victor Gamieux (Garcia) decrees that the upcoming Bastille Day parade will go ahead as planned, in spite of the heightened threat level. Wanting to tie up loose ends, the terrorist leader Rafi Bertrand (Garcia) targets Michael, Briar and Zoe. In the meantime, Briar’s fellow CIA operative Karen Dacre (Reilly) uncovers a conspiracy within an elite task force of the French police, as societal tensions mount and rioters overrun the streets. 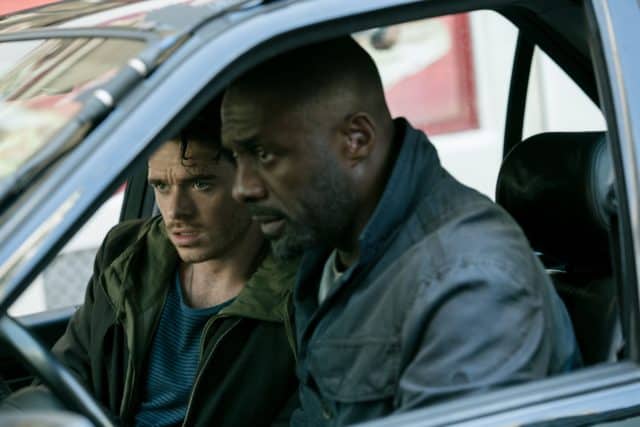 What really is little more than an adequately diverting spy flick takes on a sobering quality in the wake of the November 2015 Paris terror attacks – production occurred before the tragedy. In this regard, Bastille Day shares similarities with London Has Fallen. Bastille Day is markedly less ridiculous, though there’s still the “Americans save the day” quotient and a huge pile of fairly silly action movie clichés. Our hero is a hard-nosed secret agent whose introductory scene has him being berated by his superiors for being a loose cannon, and the guy he has to team up with is a ne’er-do-well thief whose skills come in handy when the pair are after the bad guys. “Briar, this isn’t Baghdad, it’s Paris,” a CIA official chides. “Red wine, the Louvre, Louis Vuitton.” 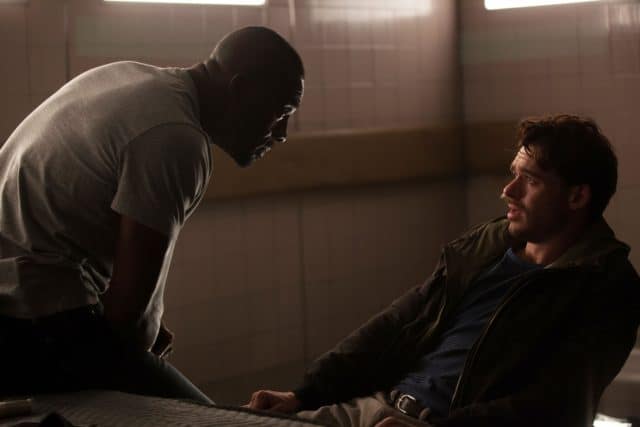 The film’s attempts at being topical are far from subtle, but are not as ham-fisted as in many other recent action films. The ways in which the perpetrators of the attack manipulate the masses into forming angry mobs, including blaming a local mosque and posting calls to arms on social media, seem sufficiently logical. However, one would have to work extra hard to stifle laughter when the terrorist mastermind proclaims to his cronies, in all seriousness, “the hashtags will tip it over.” 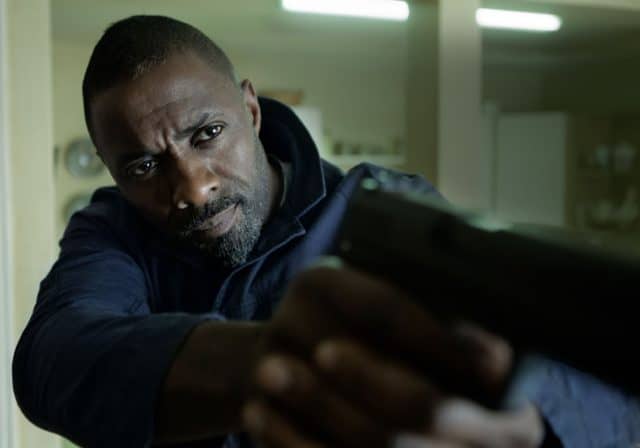 Our two protagonists serve as foils for each other: Briar is prone to reckless violence and is an old-school action hero of the “punch/shoot everything” variety, while Michael’s modus operandi is devilish sleight of hand. It’s easy to buy the physically imposing Elba beating up the bad guys and dishing out a one-liner or two, but Briar is all brute force, and Elba is at his most watchable when he’s exercising his brand of suavity – an opportunity he’s denied in Bastille Day. 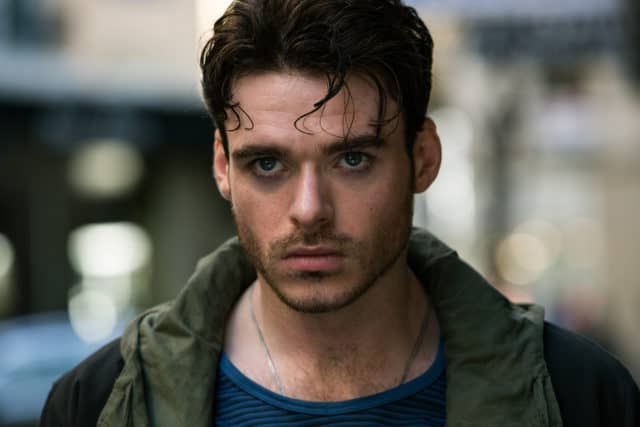 Game of Thrones heartthrob Richard Madden plays a guy who’s just in the wrong place at the wrong time – but when you’ve got that pretty a face, who needs luck, right? Madden trained with professional pickpocket/entertainer Keith ‘The Thief’ Charnley, who called the actor “a natural” with “a very light-fingered touch”. Indeed, the sequences where Madden struts his artful dodger stuff end up more exciting than most of the action scenes. 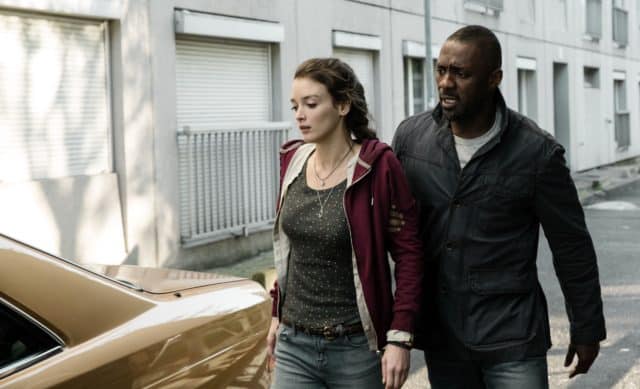 Le Bon looks worried and on the brink of tears through the whole film, as the stock “woman who’s been dragged into some nasty business because she didn’t know any better” character. For what it’s worth, she does have a role to play in the climactic face-off. The villains, led by Godard as Rafi Bertrand, are relatively unremarkable and the twists and turns in their scheme, especially the revelation of their actual motive, are predictable.

The stunts, which include a rooftop foot chase and a bank siege, aren’t anything to shout about – but the production values definitely pass muster. Crowd scenes in low-to-mid-budget action movies can often look phony, but the finale involving a throng of protestors being held back by riot police manages to be convincing. Bastille Day is very much your standard-issue post-Bourne spy action movie, packed with tropes and characters that will be immediately recognisable to genre fans. It scrapes by on Elba’s charisma, even if he doesn’t actively showcase it – and that brisk 92-minute running time certainly doesn’t hurt either.

Summary: Bastille Day is formulaic but watchable, though its depiction of Paris besieged by terrorists will understandably affect those still raw from the recent real-life terror attacks.