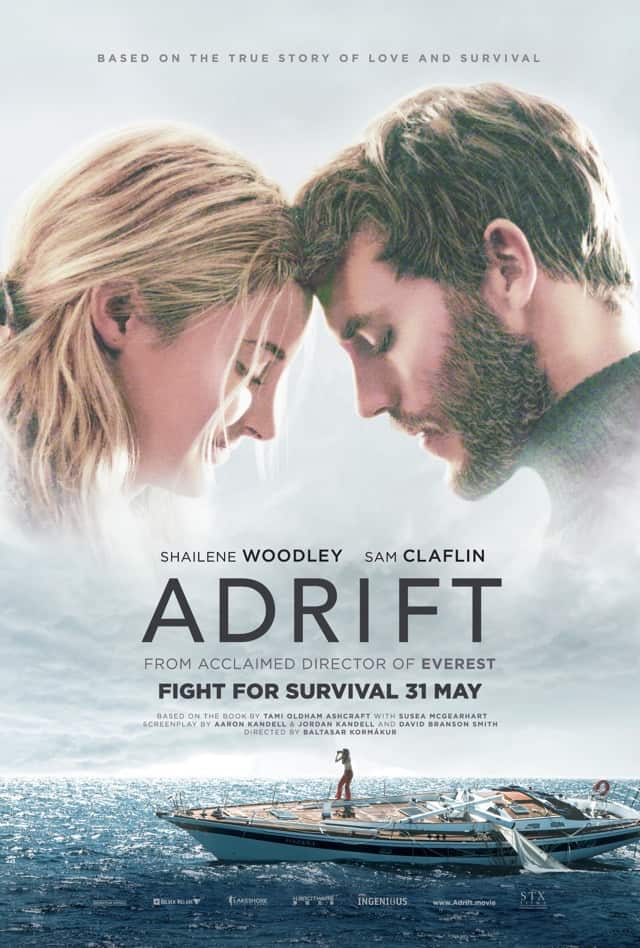 Based on a true lost-at-sea story in 1983, Adrift tells the traumatic shipwreck experience of Tami Oldham (Shailene Woodley), a 24-year-old who sailed from Tahiti to San Diego with her lover, Richard Sharp (Sam Claflin). It’s heartwrenching and sometimes hard to watch because of the detail as to how one survives on a wrecked ship in the middle of the ocean.

Adrift starts off with Tami waking up in a flooded cabin, apparently after a storm. We watch on as she tries to get to the deck while looking for signs of Richard. Woodley’s performance here is as effective as you would expect from the female star of The Fault In Our Stars and the Divergent series.

It cuts to a flashback when Tami first arrived at Tahiti, working as a deckhand for visiting yachts. As with most love stories, Tami meets a hot guy — Richard — and falls in love after dinner, because he is sensitive and prepares a salad for strict vegetarian Tami.

When we’re back to the film’s present day, Tami frustrates over a faulty radio, numerous broken parts of a yacht, and the unknown state of Richard. As Tami steps up and removes the water in the cabin, tapes up the cracks in the hull, and fixes the sail, observant viewers will realize that Tami is not on Richard’s personal yacht that he built himself.

We come to know later that an old-couple paid Richard US$10,000 to sail their luxurious yacht from Tahiti to San Diego and a pair of first-class plane tickets to fly back to Tahiti after the voyage.

The rest of the movie involves more inter-cuts between flashbacks and present day. The biggest gripe one might have with that directorial decision is how it functions more as a build-up to a big reveal rather than enriching the story. 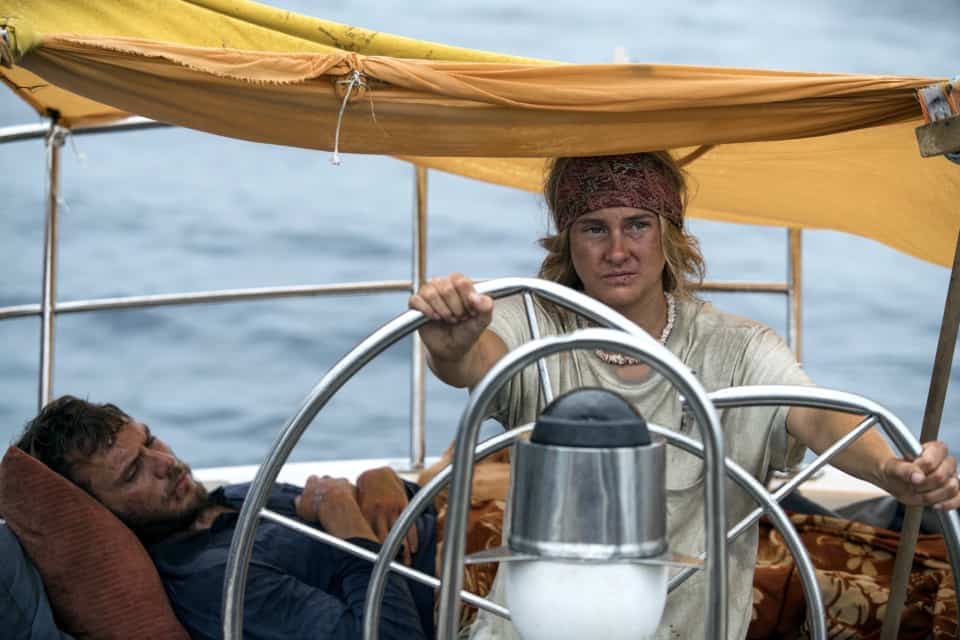 However, one thing that made Adrift immensely enjoyable is the sound and visual effects. Everything from the sound of the waves to the beautiful ocean scenery and the most impressive storm that looks so real it boggles the mind how the crew pulled it off.

Above all, Woodley and Caflin are fantastic throughout the film’s 96 minutes. Some might find Adrift a drag, mainly because of the directorial and storytelling decisions, but the romance and mindblowing visuals make it all worth it.