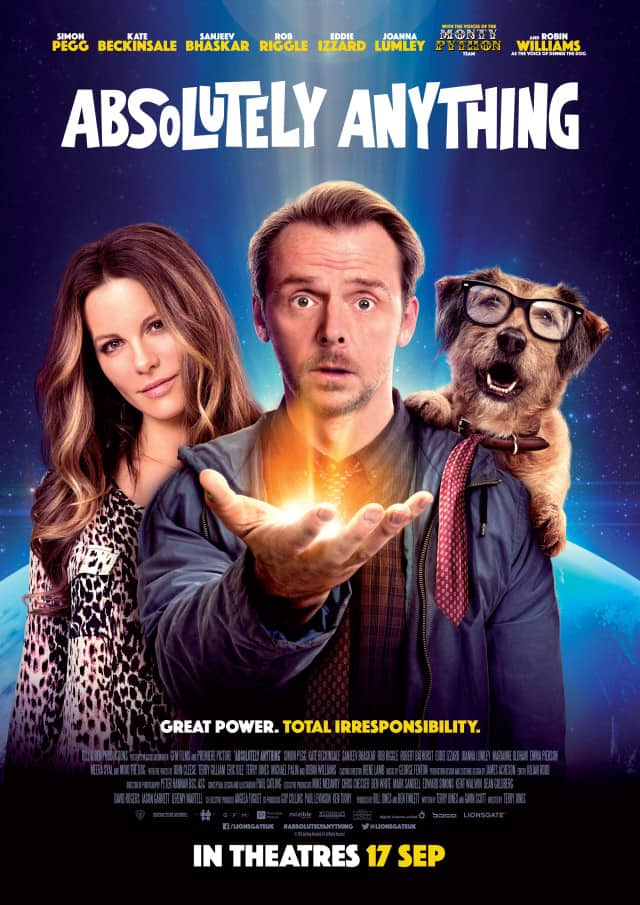 Because being Scotty in Star Trek and palling around with Tom Cruise in the Mission: Impossible movies just isn’t cool enough, Simon Pegg is granted infinite power in this sci-fi comedy. Pegg plays Neil Clarke, a schoolteacher who harbours a crush on his neighbour, TV station employee Catherine West (Beckinsale). A supreme council of aliens, having come across the Voyager probe satellite, decide to conduct a test to see if Earth is worthy of being spared from total annihilation. One of the planet’s residents is chosen at random to be bestowed with the ability to make absolutely anything they wish happen. Neil just so happens to be that lucky person. As he comes to terms with his newfound abilities, he gives his pet dog Dennis a human voice (Williams) and has to fend off Catherine’s aggressive suitor, the American Colonel Grant (Riggle). Neil soon finds out, as he must, that possessing all the power in the world isn’t all it’s cracked up to be. 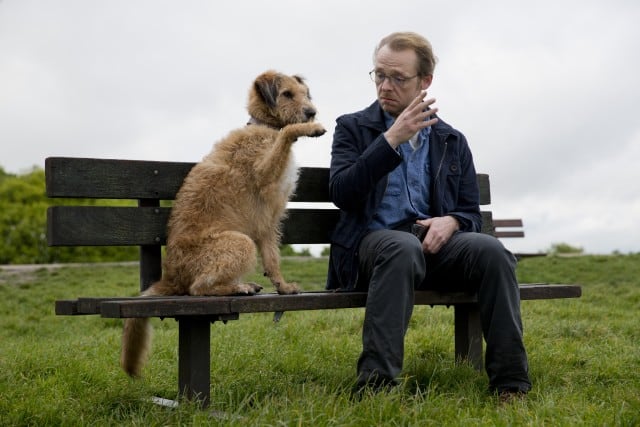 Absolutely Anything is directed by Terry Jones and is the long-awaited return of the legendary Monty Python comedy troupe to the big screen. Alas, the legacy of Monty Python And The Holy Grail, The Life Of Brian and The Meaning Of Life is too great for even Jones to live up to. While Absolutely Anything does have jokes that work and possesses a good cast, the gags often seem crass and silly, instead of bizarrely inspired the way the best Monty Python bits were. Absolutely Anything is also highly derivative of other works – Jones admits to being inspired by the H.G. Wells short story The Man Who Could Work Miracles, and the high-concept comedy premise is very strongly reminiscent of Bruce Almighty. The scenes in which the high council of grotesque aliens (voiced by Python members Jones, Gilliam, Cleese, Palin and Idle) float about in their spaceship and deliberate the fate of mankind are sub-Hitchhikers Guide To The Galaxy sci-fi comedy. The film is highly reliant on computer-generated imagery, and the quality of the visual effects does leave something to be desired. 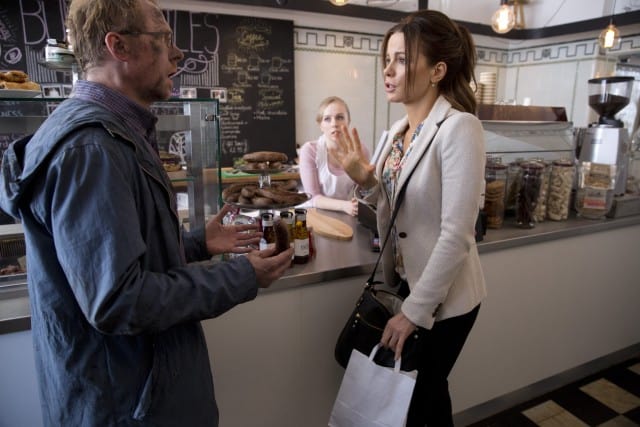 Pegg is as likeable as he usually is, though he can do the beleaguered everyman schtick in his sleep and has come up with far smarter comic ideas himself, when partnered with Nick Frost, whose presence here is missed. Beckinsale is a serviceable straight woman; she and Pegg do not have great chemistry but it’s not a flat-out failure of a romantic pairing. Riggle goes completely unhinged in a stereotypical portrayal of a loudmouthed, gun-crazy American. Williams, in his final performance, voices the loveable pooch Dennis. It’s an entertaining turn, but not the most memorable nor the most adorable talking dog we’ve seen – for this reviewer, that prestigious title still belongs to Dug from Up. Dennis is enthusiastic and silly, but there isn’t much of an opportunity for Williams to riff or improvise. Footage of Williams in the recording booth plays over the end credits, and it is extremely bittersweet to watch, a reminder of the actor’s infectious energy and sense of humour. 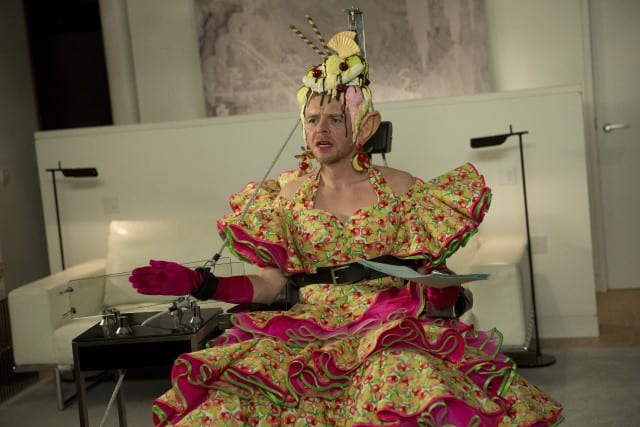 Film critic Kevin Maher of The Times called this “certainly one of the worst movies ever made”. While we wouldn’t go that far, we will agree that this is a frustrating watch given the rich history of very funny material the Pythons have given comedy-lovers over several decades. This reviewer did laugh several times, but some of the material is quite cringe-worthy indeed. There are hints of the Pythons’ former glory, such as a scene in which Neil accidentally wishes that everyone who has ever died would come back to life, leading to a very sudden zombie rampage. It sounds like a premise rife with possibilities, but Absolutely Anything does precious little with the age-old “be careful what you wish for” dictum. Just as Neil irresponsibly abuses his omnipotence instead of truly accomplishing anything significant, Absolutely Anything feels like a giant wasted opportunity for a truly funny romp.

Summary: A far cry from the off-kilter comic brilliance of the old Monty Python movies, Absolutely Anything is only sporadically funny and often pointlessly embarrassing.