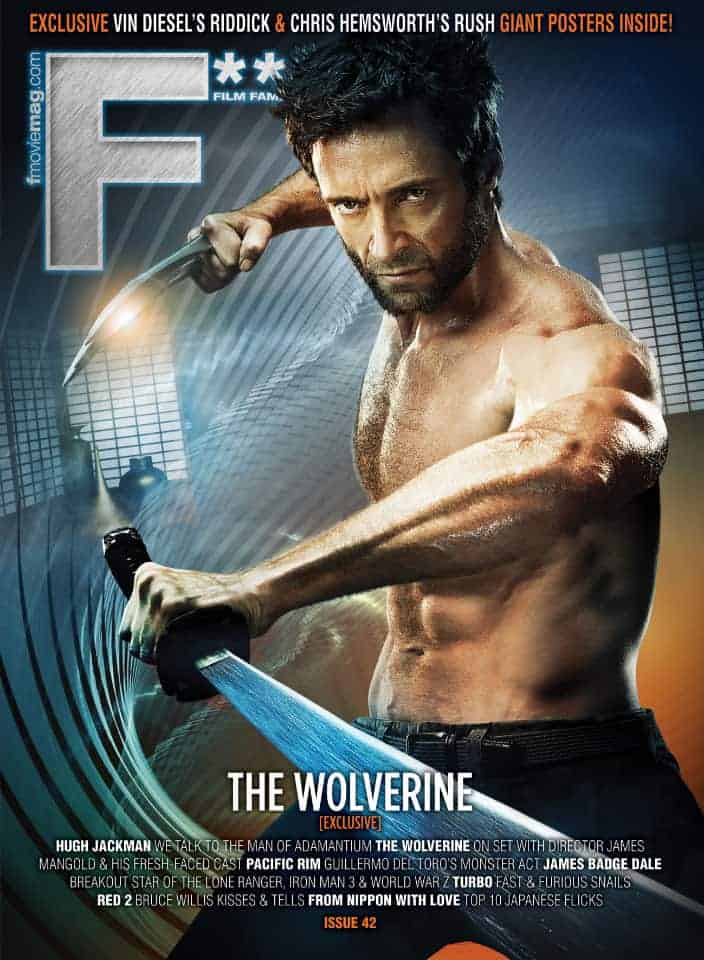 Fancy some sashimi sliced with adamantium precision by The Wolverine, or some Kaiju meat blasted to juicy smithereens by giant robots in Pacific Rim?

You’re in luck if you’re hungry for some action as these two Japanese-flavoured films are the star dishes in F***’s August menu.

The Wolverine, which finally opens this month, sees Logan a.k.a. the Wolverine in his most incredible adventure ever in the Land of the Rising Sun, where he’ll battle samurai warriors and dangerous criminals. Read our exclusive interviews with director James Mangold, Hugh Jackman and key members of the cast in a 20-page coverage.

Pacific Rim, director Guillermo del Toro’s latest monster act, which features 20-storey robots battling giant monsters known as Kaiju is next on the menu. Check out our exclusive one-on-one interview with del Toro to find out why it’s one of his most intimate and personal projects.

While we are at it, we’ve also decided to put on the platter some of the best the land of kimonos has to offer. From timeless film classics such as Akira Kurosawa’s Ran, to contemporary favourites like the brutal yakuza caper Outrage and the hilarious Detroit Metal City, take your pick from our Top 10 flavours of the month.

If you’re into something less zen, how about some escargot? Provided you can catch them, that is, in Turbo, a movie about snails – cooked up Fast & Furious style. We have the exclusive scoop on DreamWorks Animations’ upcoming action-fuelled 3D adventure about a snail who hates being slow and wants to win races by travelling at lightning speed.

For those who prefer their steak a little, erm, bloody, there’s the returning favourites of Bruce Willis and his team of Retired and Extremely Dangerous characters in RED 2. In another of our exclusive interviews, Willis boasts of smooching and making out with a couple of ladies… in reel life, of course, before he heads home to change diapers in his far more humbling real life!

There are more inside the pages that we’re sure will cater to every film lovers’ individual taste buds, and we’d love to list them all… but we’d rather leave some space for dessert.

Bon appétit and see you at the movies!