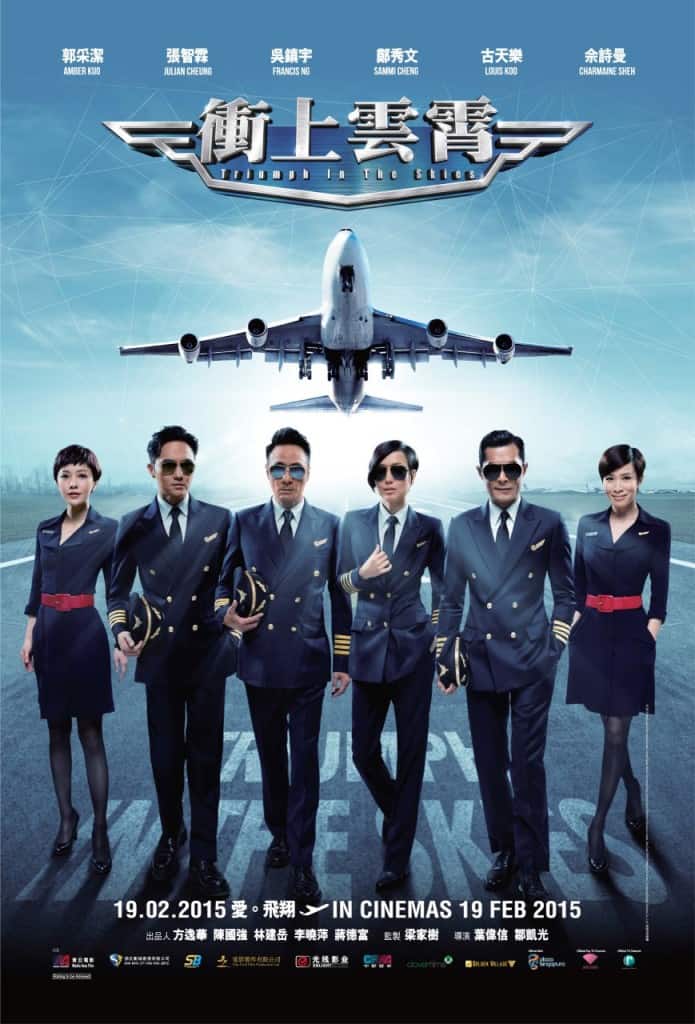 Based on a Hong Kong television series of the same name, the film is made up of three different storylines, all of which chronicle the romantic (mis)adventures of three pilots. Young pilot Branson (Louis Koo) has just taken over Skylette Airlines, and on a flight that he’s piloting, bumps into old flame Ah Shi (Charmaine Sheh), who is a flight attendant. He continues bumping into her on subsequent flights (because, you know, movies) and the spark between them gets rekindled. Their relationship failed previously, due to personal differences, but will they be willing to give it another shot? 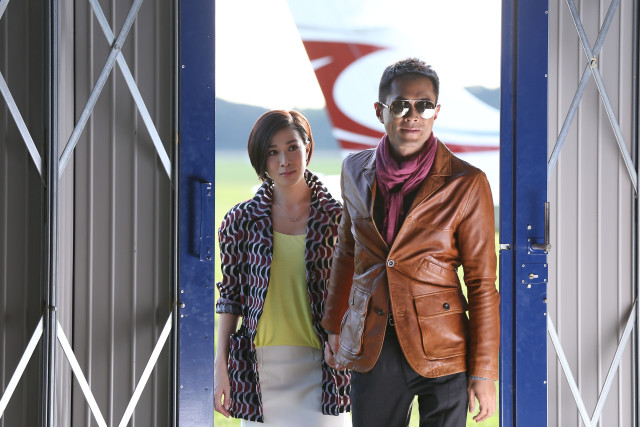 The second storyline revolves around rock idol TM (Sammi Cheng), who is hired by Branson to star in an upcoming commercial for the airline. On her shoot, she crosses paths with Sam (Francis Ng), who is hired to be a technical consultant. They soon develop feelings for each other, and the rest, as they like to say, is history. 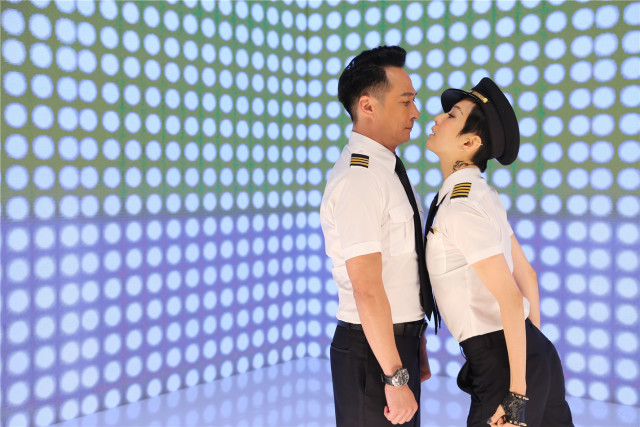 Then there’s also former Skylette pilot Jayden (Julian Cheung), who left Skylette to fly private jets. He meets the bubbly, vivacious Kika (Amber Kuo) and (what else?) falls in love with her. Unknown to him, she hides a dark secret. 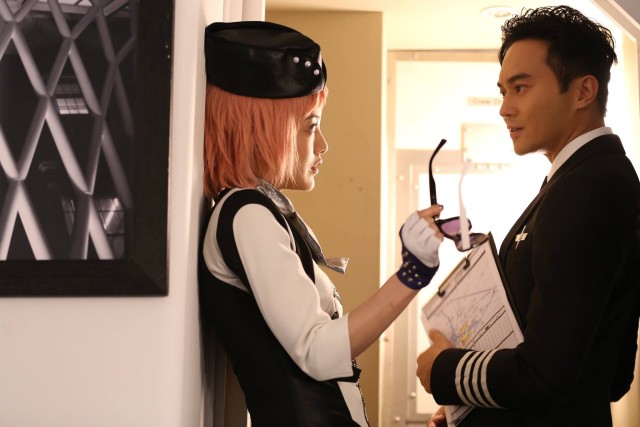 If that plot synopsis sounds flimsy to you, that’s because that’s all there is to the film: three male pilots meets three girls, falls in love with them, and become blissful couples – the kind you see on jewellery advertisements, matchmaking sites and, more regrettably, on your Facebook walls. 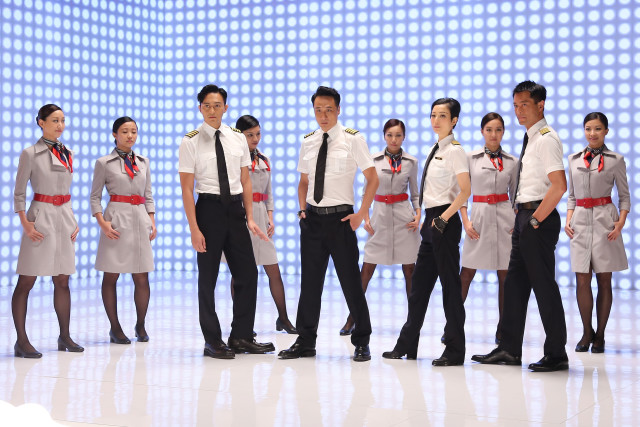 Nothing much of consequence happens at all; conflicts barely ever arise in Triumph in the Skies, and when they do, they are soon glossed over. The film paints such an anaesthetized picture of relationships that the romances seem unconvincing and dull. It’s quite simply impossible to come up a thoughtful – or even entertaining – romance film when all the characters are paper-thin. The deepest the movie ever goes into a character is when it tries to conjure up some mystery over the significance of TM’s initials – but that feels like a wildly laboured way of adding some complexity to a character. 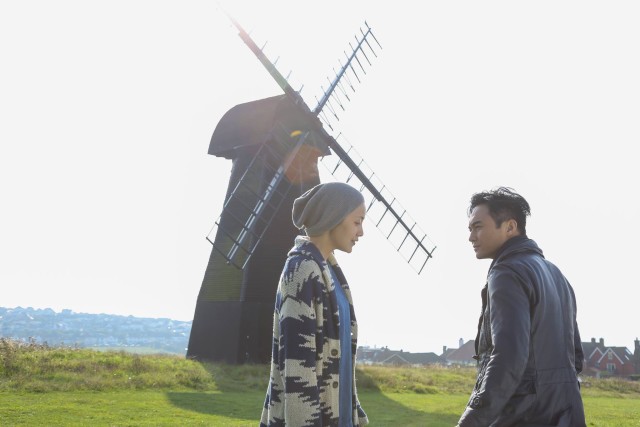 Triumph isn’t big on writing, but there’s one thing it excels at: as a travel programme. The film is peppered with shot after picturesque shot of different locales, and it soon becomes apparent that the panoramic skylines of London and Hong Kong have more of an impact on the film than the characters themselves. But after what seemed like the millionth overly art-directed shot (in saturated colours, of course) of the couples canoodling in some quaint alley in London, though, I started wishing that I were watching an actual travelogue without all the lovey-dovey nonsense. 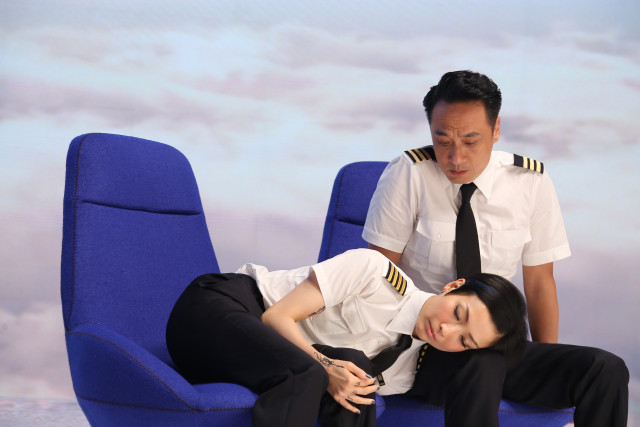 Even though the visuals are “nice” – in the sense that they are pretty but bland, and completely forgettable – there’s really only so much it can make up for a terrible plot and terribly written characters. Contrary to its namesake, Triumph in the Skies is anything but, failing to take flight as a romance fantasy or even as mildly diverting entertainment.

Summary: Contrary to its namesake, Triumph in the Skies is anything but, failing to take flight as a romance fantasy or even as mildly diverting entertainment.