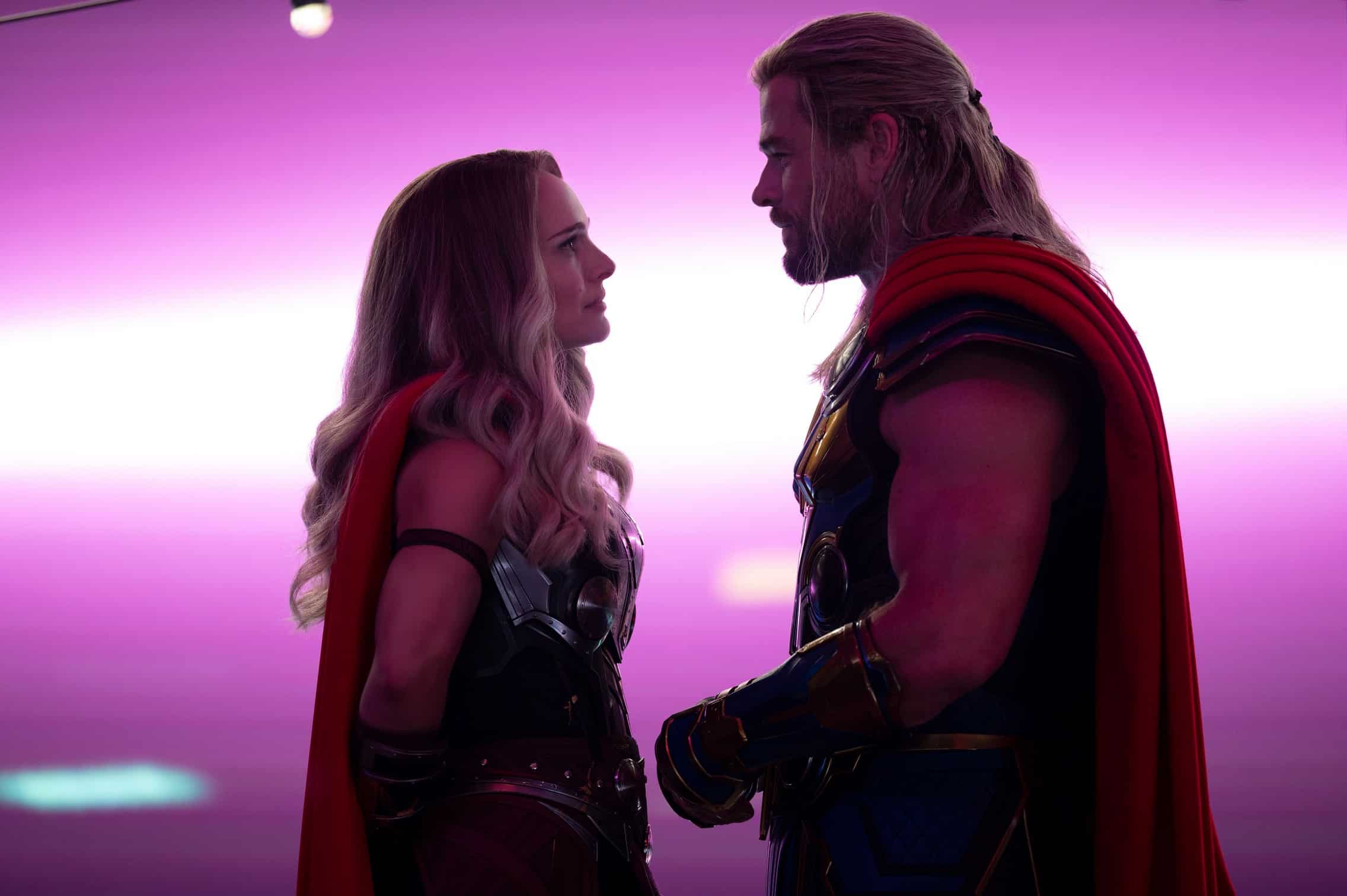 The Low-Down: Over the past several years, Taika Waititi has become one of the most dominant creative forces in Hollywood. Between winning a Best Adapted Screenplay Oscar, his involvement in the Marvel Cinematic Universe and Star Wars franchises, and the cult TV series What We Do in the Shadows and Our Flag Means Death, Waititi has a lot going on. Following the success of Thor: Ragnarok, which arguably launched him into the Hollywood big leagues, Waititi is back for the fourth solo Thor movie. 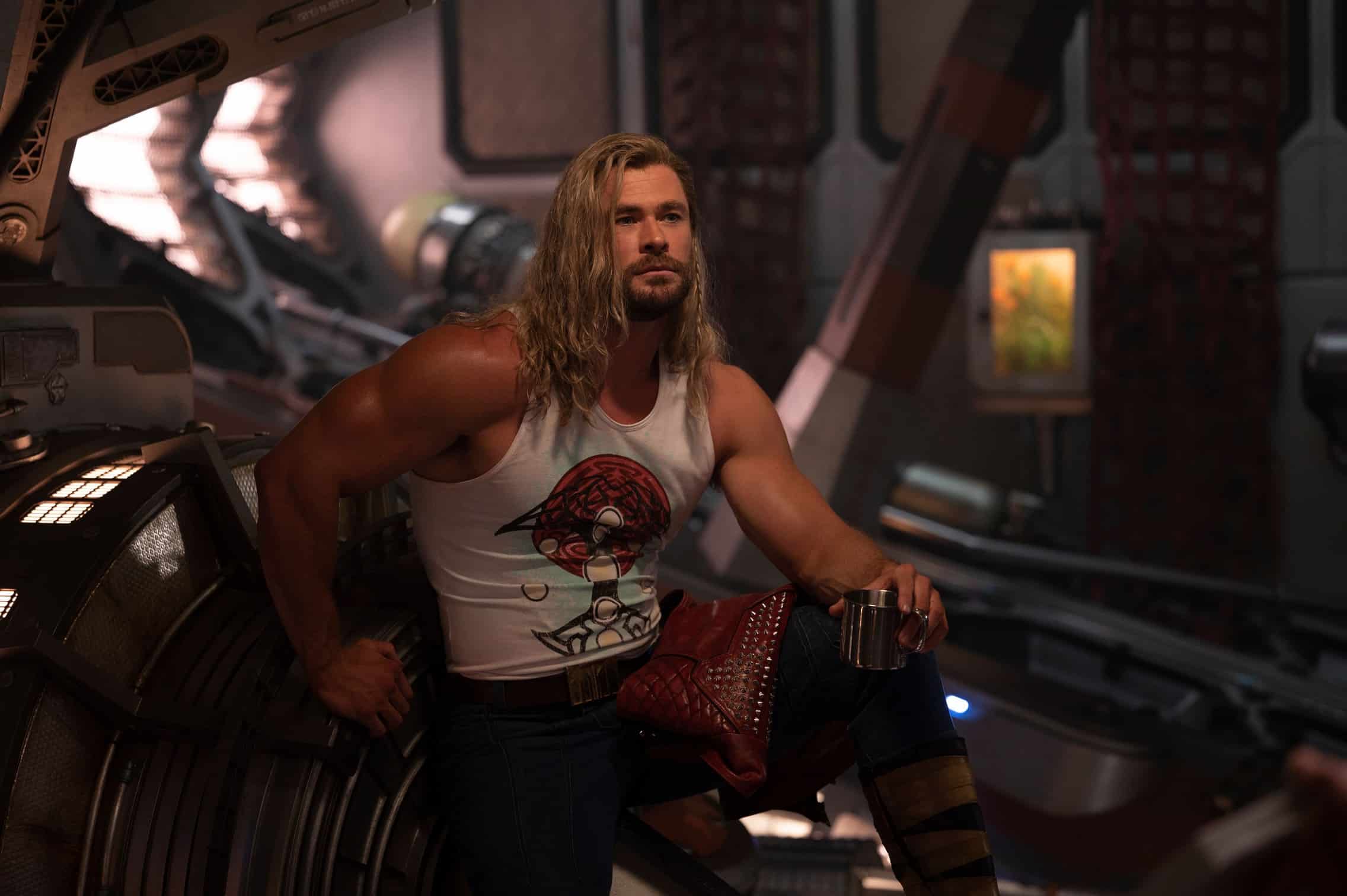 The Story: Following the events of Avengers: Endgame, Thor (Chris Hemsworth) travels across the cosmos with the Guardians of the Galaxy but is feeling empty and unfulfilled. He and Korg (Taika Waititi) return to earth, where New Asgard, under the rule of King Valkyrie (Tessa Thompson), is in danger. Gorr the God Butcher (Christian Bale), a vengeful alien who has sworn to slay every god, has his sights set on Thor. To Thor’s surprise, he finds his beloved hammer Mjolnir, destroyed by Hela in Thor: Ragnarok, now re-formed. Its wielder: his ex-girlfriend Dr Jane Foster (Natalie Portman), who has taken on the mantle of Mighty Thor. As Thor adjusts to this development, our heroes must defeat Gorr before the gods stand no more. Their journey takes them to Omnipotence City, home of various gods including Zeus (Russell Crowe) himself. 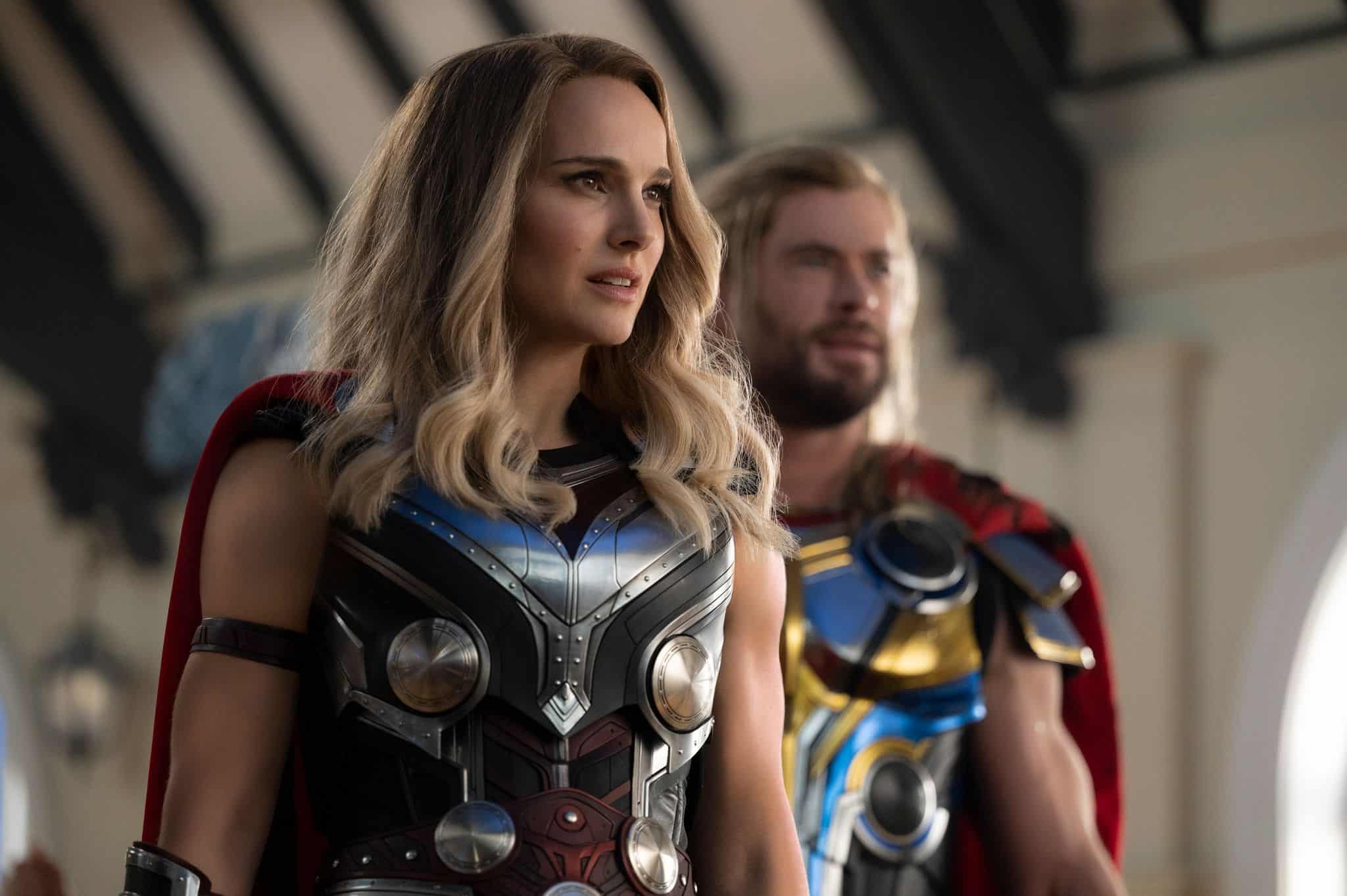 The Good: The discourse surrounding the MCU has gotten rather tiresome, and it usually loops back around to the movies being formulaic and feeling anonymous and prefabricated. That isn’t much of a problem here. Just as with Ragnarok, Waititi’s stamp is all over Love and Thunder. There’s plenty of personality and dynamism to the proceedings, and nary a sense of going through the motions. The movie has an ambitious scale but is focused on Thor’s character development, and links back to earlier movies in the series without leaving audiences feeling too lost. The story adapts the Jason Aaron run of the Thor comics, which introduces many memorable ideas and character arcs, including Jane becoming Thor and the villain Gorr the God Butcher. Waititi is working with strong source material, a game cast and endlessly inventive, eye-catching design. The movie plays with colour in fun ways, including having the Shadow Realm where Gorr calls home be rendered in black and white. 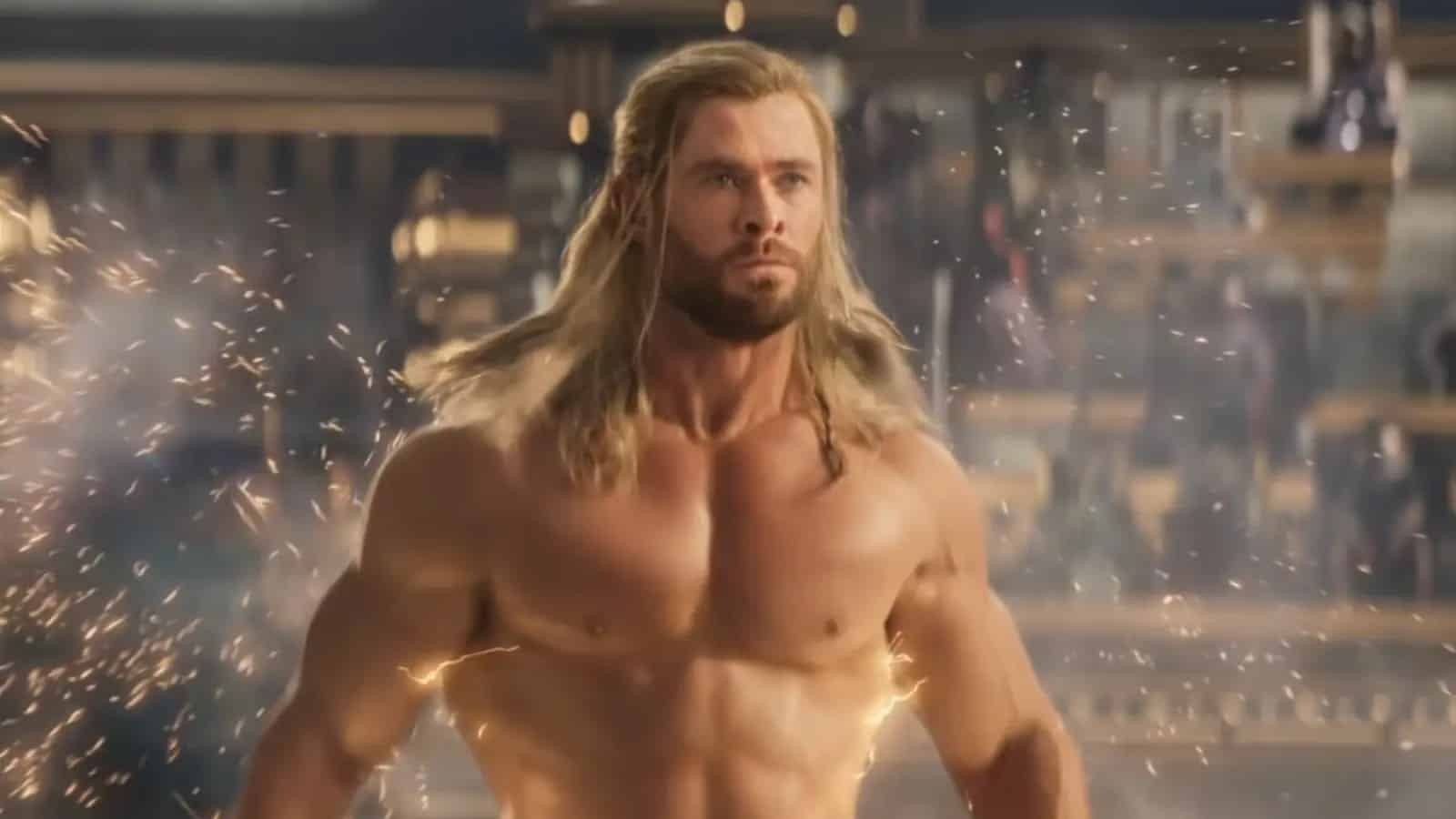 The Not-So-Good: A major issue that this reviewer had with Thor: Ragnarok was that while it was ostensibly a buddy comedy, it was also a story about the destruction of Asgard and Thor experienced great loss over the course of the film. The overtly comedic tone undermined the more dramatic moments of the story. That problem is slightly less pronounced here, but still present. The Jane and Gorr arcs are both dark and do seem at odds with the overall light tone of the movie. There is also a lot of ground to cover, especially with Jane’s transformation into Mighty Thor, such that what played out over a significant amount of time in the comics feels compressed into this movie. Thor: Love and Thunder has many moving parts, and while the character arcs do work and many emotional beats do land, it still often feels somewhat flippant. The screenplay, written by Waititi and Jennifer Kaytin Robinson, attempts to navigate a somewhat dense mythology and isn’t always successful. 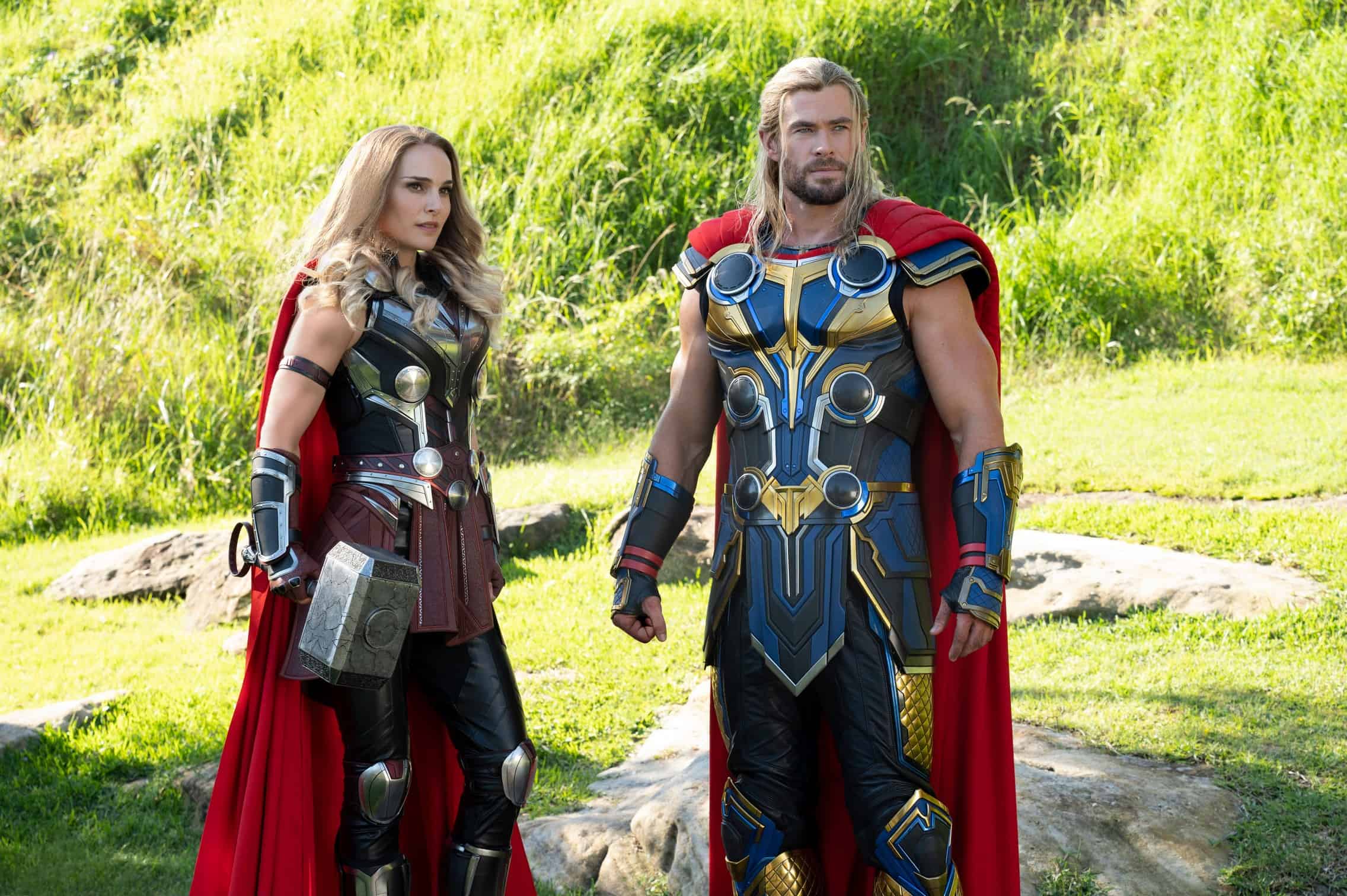 Of gods and monsters: It can be argued that Thor: Ragnarok was the first time Chris Hemsworth seemed truly comfortable in the role of Thor, despite appearing in four prior MCU films as the character. Love and Thunder sees him continue taking the approach of equal parts goofy and heroic, and while Thor is a big loveable lunkhead on the outside, Hemsworth also sells the feeling of loss and a yearning for fulfilment that is key to the character’s arc. 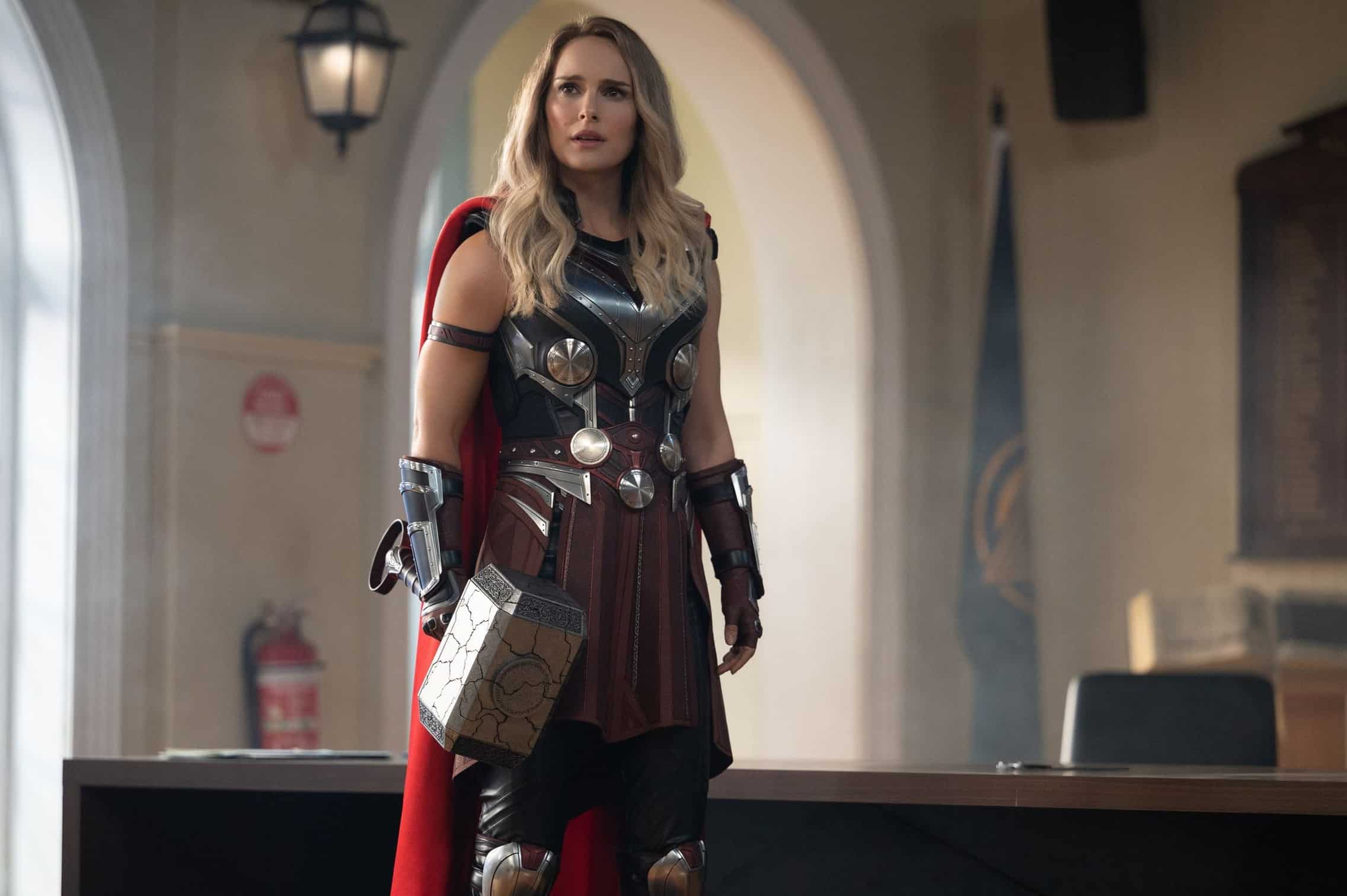 It seemed like Natalie Portman was out of the MCU for good, but Waititi convinced her to return as Jane Foster. This is the most she has gotten to do in one of these movies by far, and like the other actors involved, Portman actually seems to be having a good time. It’s just a bit of a shame that, as mentioned above, the circumstances leading to Jane becoming Mighty Thor feel rushed.

Christian Bale isn’t an actor one typically imagines enjoying himself on the set and having fun with the roles he plays, but he does seem to relish the villainous part. There are moments when the character is sympathetic, and others when he’s cackling and deliciously evil. Unfortunately, a bit like with Cate Blanchett’s Hela in Ragnarok, Gorr never feels truly, legitimately terrifying. This could be because the comedy elsewhere in the film undercuts the grave stakes. 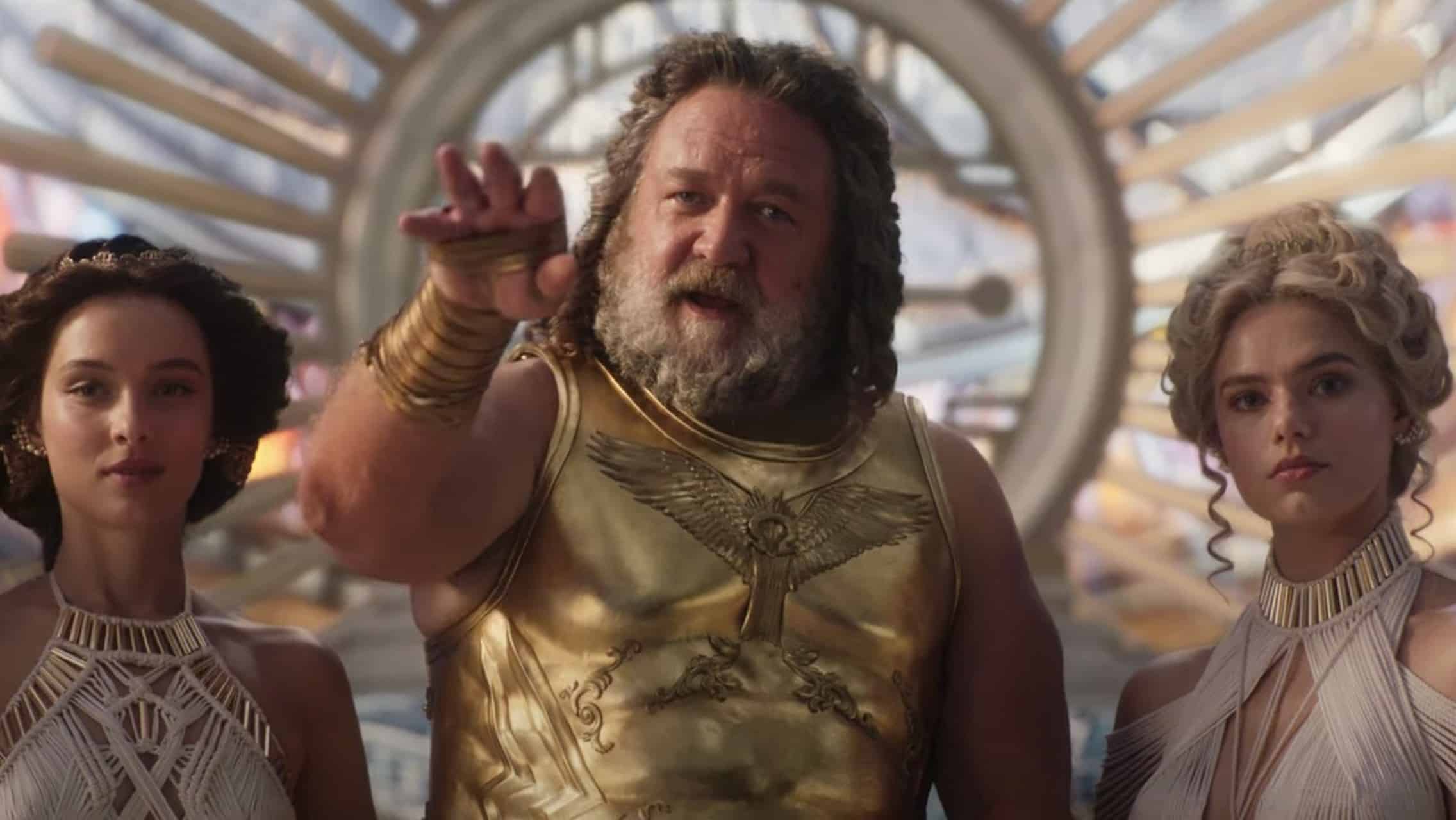 Russell Crowe steals the show as Zeus. At first, it seems like just a lark, but the character has more to do beyond being a comic relief figure, and there is an unexpected degree of drama to the scene in which he appears.

Recommended? Yes. It might be a touch too silly for some, but this is undeniably Waititi’s work and is worth watching on that level.