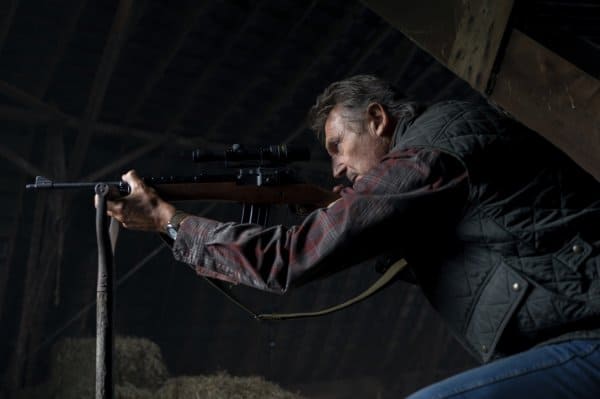 The Low-Down: Some might say comic book movies are the most prevalent genre now, but perhaps “Liam Neeson with a gun” is a close second. Here’s another one to add to the pile, and in case you weren’t sure if Neeson’s character wields a gun, it’s right there in the title.

The Story: Jim Hanson (Liam Neeson), not to be confused with the creator of the Muppets whose name is one letter away, is a rancher and retired U.S. Marine. His wife has died of cancer and his farm is about to be foreclosed upon. His property is along the Mexico/US border in Arizona, and he happens upon a woman named Rosa (Teresa Ruiz) and her son Miguel (Joe Perez) trying to cross the border, pursued by cartel members. Joe reluctantly embarks on a mission to get Miguel to family members in Chicago, all the while pursued by the cartel members, who are led by the deadly lieutenant Maurico (Juan Pablo Raba).

The Good: This movie makes very good use of Liam Neeson’s talents. He’s outwardly gruff but innately decent, a badass with a heart of gold. Neeson is a perfect fit for the neo-Western genre, and Jim is very easy to root for. The movie is sturdy and straightforward, and young actor Perez is not bad opposite Neeson. The Marksman is predictable but is solidly made and handsomely shot by Director of Photography Mark Patten, who has mostly worked in British TV. 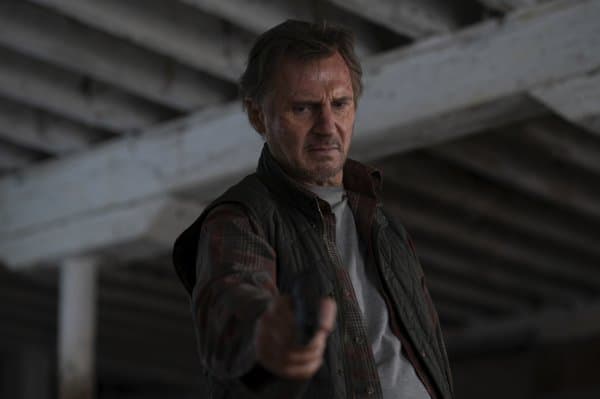 The Not-So-Good: For a movie in which the protagonist is relentlessly pursued, there is a crucial lack of urgency to the proceedings. The Marksman feels considerably longer than its 108 minutes. Director Robert Lorenz seems to be aiming for the stillness of a classic western, but instead it feels like the characters are just waiting around. When the action does happen, it is largely unremarkable. 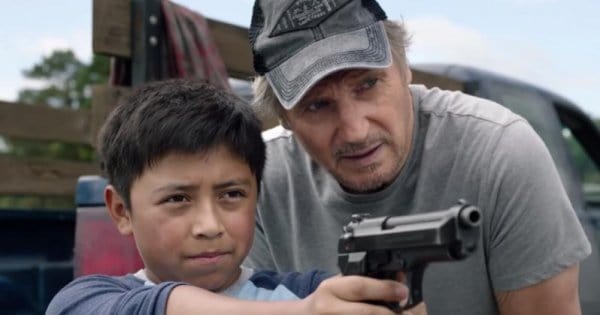 The Marksman also strains to be apolitical to appeal to as wide an audience as possible, but the issue of people crossing the US/Mexico border illegally is an inherently political one. It wants to be grounded, but also doesn’t want to engage with reality too directly, which is sometimes to the movie’s detriment. 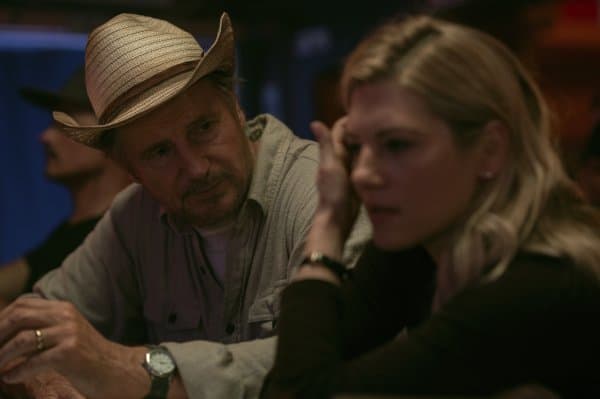 There are moments when Jim and Miguel display glimmers of personality, but the movie is mostly taciturn and doesn’t really let us get to know either character. It also trades in cliches, with Jim having a bog-standard backstory (retired military man whose wife has died). Katheryn Winnick plays Jim’s stepdaughter Sarah, who is ostensibly the female lead but is almost completely a non-entity.

The Clint Connection: Lorenz, the movie’s director, producer and cowriter, is a long-time producing partner and protege of Clint Eastwood. This feels like something that Eastwood would star in, and perhaps Neeson works better because he is a warmer presence than Eastwood is, especially now. There’s a scene in this movie in which Jim and Miguel watch the Eastwood starrer Hang ‘Em High in a motel room, which Lorenz included as a nod to his mentor.

Recommended? Somewhat. If you love Liam Neeson’s late-career action work, this is more of the same. It’s not the most exciting or the most compelling, but it does play to all his strengths, and does have an old-fashioned reliability to it.