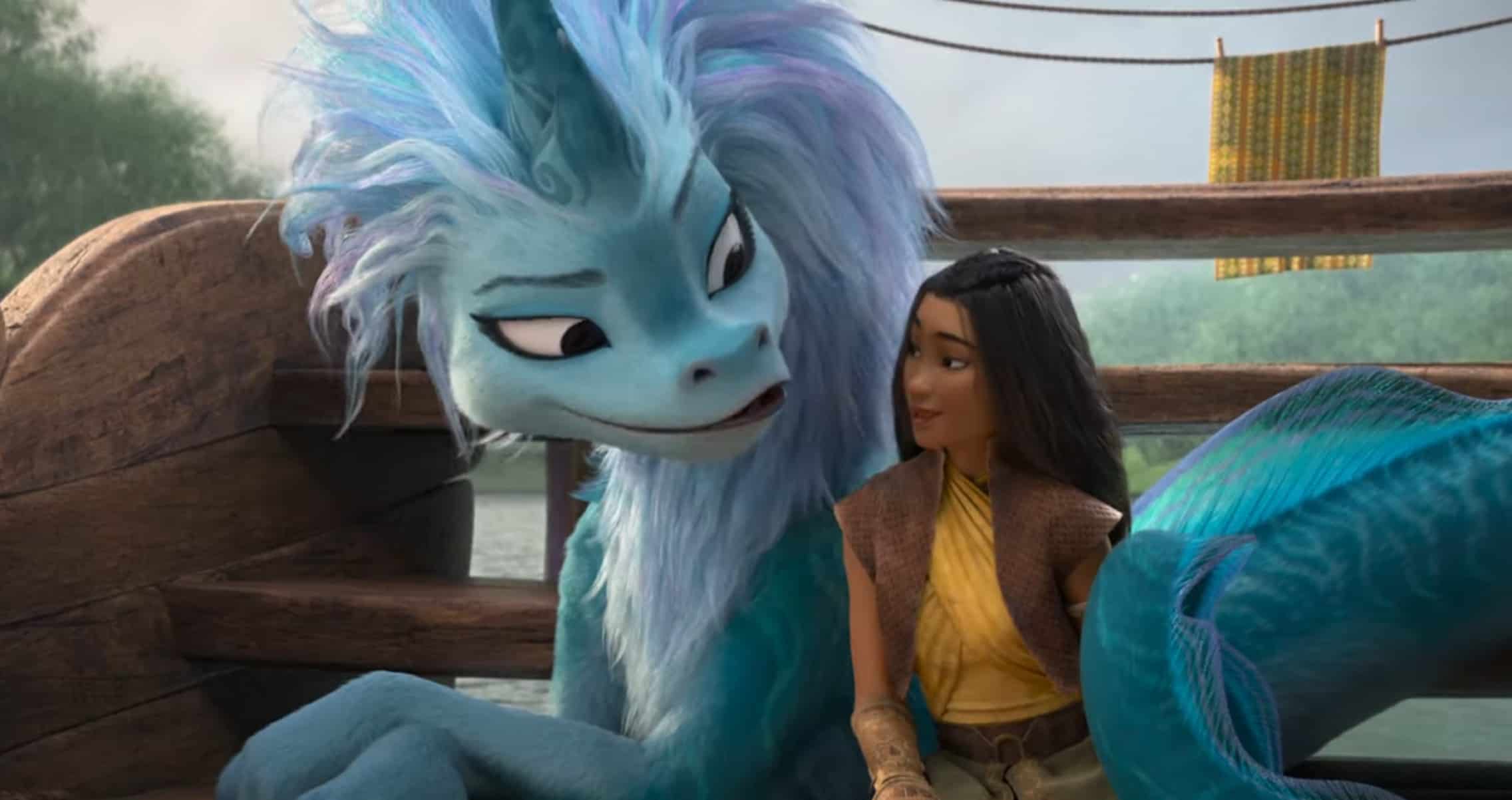 The Low-Down: Disney Animation has drawn on stories from various regions as the basis for their films. With Raya and the Last Dragon, the House of Mouse goes a little mousedeer, telling a story inspired by the mythology of Southeast Asia.

The Story: Dragons were the protectors of the mythical land of Kumandra, sacrificing themselves to save humanity when monsters called the Druun attacked, petrifying all in their path. Kumandra is divided into Heart, Talon, Fang, Spine and Tail, each land named for a different part of the dragon.

Raya (Kelly Marie Tran) is a warrior princess from the Heart kingdom, whose father Chief Benja (Daniel Dae Kim) is training her to become the guardian of the Dragon Gem. Chief Benja attempts to broker peace between the disparate lands, but the Druun return and the conflict continues. As an adult, Raya finds and revives Sisu (Awkwafina), the last dragon. Raya and Sisu must unite the fractured pieces of the Dragon Gem to bring back all who were lost to the Druun. Along the way, Raya must face off with a figure from her past: the equally formidable Namaari (Gemma Chan), princess of the Fang Kingdom.

The Good: Raya and the Last Dragon is gorgeously animated and the world of Kumandra is a visually captivating one. The details in the costumes and architecture are plentiful, and the effects animation, especially on the angry black mist that is the Druun, is exceptional. The hand-to-hand fight sequences are well choreographed and there is a genuine sense of thrilling adventure to the story.

The voice cast is also excellent, with Kelly Marie Tran bringing both steeliness and warmth to the part of Raya. Awkwafina’s rasp works well as the voice of an animated character and she plays the fish-out-of-water aspect of Sisu entertainingly. Daniel Dae Kim effortlessly essays calm authority, while Benedict Wong seems to be having the best time as Tong, a boisterous gentle (?) giant type. Boun (Izaac Wang), a kid entrepreneur who runs a shrimp congee restaurant out of a boat, is also a fun, likeable road movie side character.

The most interesting part of the film is the rivalry between Raya and Namaari, and the possibility that they might still find common ground with each other. Namaari is sufficiently different from your standard snarling Disney villain, and this reviewer feels not enough of the movie is about this relationship.

The Not-So-Good: While watching Raya and the Last Dragon, it’s evident that there is a tension between making this something fresh and innovative, while also honouring the storied legacy of Disney animation, and fulfilling expectations associated with its most successful films. As such, Raya and the Last Dragon can sometimes feel tied down to Disney animated movie formula. There’s a plucky princess raised by a single father, and she goes on a quest accompanied by a comic relief sidekick (or two or three). Sticking to a formula isn’t necessarily a bad thing, and Raya breaks from formula in certain significant ways, but it’s hard to shake the feeling that the movie is still constrained by certain expectations associated with Disney animated movies.

Tonally, there are moments that don’t quite work. This is a movie about a world and its inhabitants dealing with trauma and loss. However, it also wants to be light-hearted and appealing to children – hence characters like an adorable half-armadillo-half-pillbug named Tuk-Tuk (Alan Tudyk) who clearly exists to sell toys – not that we don’t want a Tuk-Tuk plushie.

Like the Dragon Gem, the story sometimes seems fragmented, and feels episodic the way many movies with a road trip structure do. Some of the dialogue is clunky, and several of the anachronistic jokes don’t work, including a moment when Raya proclaims, “bling’s my thing”. Several of Sisu’s jokes sound like improvisational riffs that Awkwafina came up with in the booth, and can be a little grating, but Sisu is generally likeable. Unfortunately, Sisu’s character design sticks out – typically, East Asian and Southeast Asian dragons are depicted with a maned head and a scaly body, but Sisu is entirely furry and doesn’t seem like she belongs stylistically.

A Southeast Asian tale: Kumandra incorporates facets of Thailand, Vietnam, Cambodia, Myanmar, Malaysia, Indonesia, the Philippines, and Laos. For Raya and the Last Dragon, Disney assembled the Southeast Asia Story Trust comprised of experts in various fields, including an Indonesian linguist, a textile expert from the USC Pacific Asia Museum and a visual anthropologist. Head of Story Fawn Veerasunthorn is an artist of Thai descent, while co-writers Qui Nguyen and Adele Lim are of Vietnamese and Malaysian Chinese descent, respectively.

There is a desire here to tell a story that has a degree of authenticity, but “authenticity” is something that’s hard to measure empirically. As Moana did with Polynesian countries, Raya and the Last Dragon amalgamates and mashes up Southeast Asian countries to create the fictional Kumandra. While there is an overlap in the cultural traditions and mythologies of many Southeast Asian countries, residents of said countries would also generally prefer for others not to get one country confused with the other, and that creates a kind of paradox in telling a story that is inspired by a blend of cultures.

Watching Raya, it’s also hard not to think of the animated series Avatar: The Last Airbender and the follow-up The Legend of Korra, which have thus far been western animation’s most successful attempts at creating fantasy worlds inspired by disparate Asian cultures. The world-building of Avatar seems more thought out than it is in Raya, but then of course the animated series had a lot more time to spend on that.

Recommended? Yes. Raya and the Last Dragon may not be as revolutionary as Disney had hoped, but it is still a largely entertaining adventure that draws on rich storytelling traditions.