Following Shaolin Soccer in 2001 and Kung Fu Hustle in 2004, Stephen Chow had set the bar so high for his directed films that over the past decade or so, he has had a hard time meeting or surpassing their success with his past outings in CJ7 in 2008 and 2013’s Journey to the West: Conquering the Demons. However, all that is about to change with his latest directorial effort in this Lunar New Year’s festive film, Mermaid. 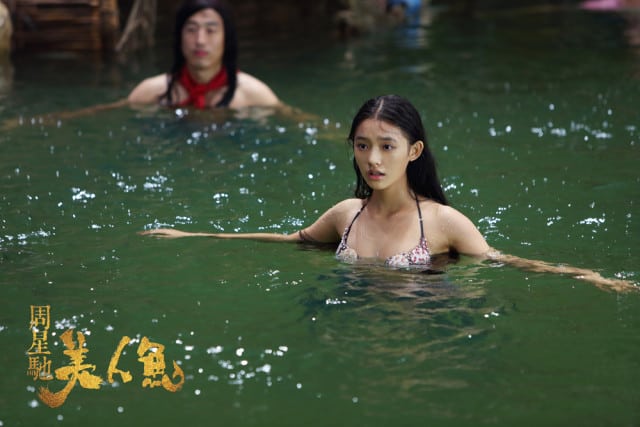 The storyline, shrouded in secrecy until its release as typical of every directed film by Chow, is contrary to the rumoured ones in the grapevine, and tells the tale of a pauper turned multi-billionaire callous playboy Xuan (Deng Chao) who bid billions to buy a massive gulf at an auction for the purpose of reclaiming and turning it into a marine theme park. In order to expel and keep away all the marine life forms that inhabit the gulf, he installed destructive sonar equipment that not only banishes and inflicts life-threatening injuries on the sea creatures, but a small colony of merpeople as well. Headed by a half-man, half-octopus (Show Luo), the colony plans a trap, sending their most beautiful mermaid Shan (Jelly Lin) to seduce and assassinate Xuan to put an end to his cruel treatment to them and their friends of the sea. Little did they expect Shan to fall ‘head over tail’ in love with Xuan and incite the jealousy of a ruthless female mercenary (Kitty Zhang) who wants Xuan to herself and will go all lengths to do so, including planning an all-out massacre on Shan and her colony! 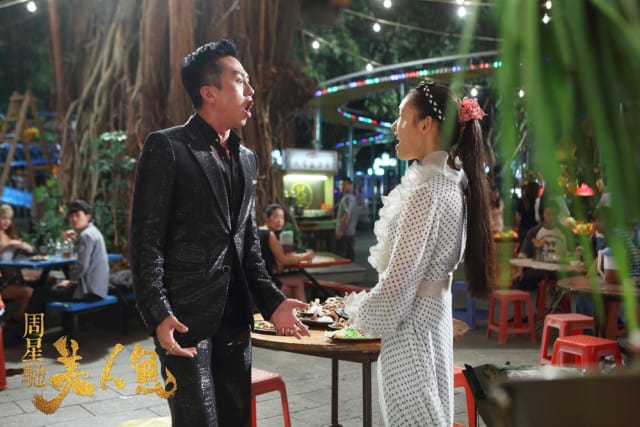 Lunar New Year just isn’t the same without a Stephen Chow film. From his iconic classics All’s Well, Ends Well and A Chinese Odyssey Parts One and Two in the early 90s to the more recent CJ7 and Journey to the West: Conquering the Demons in the latest decade, it has become a tradition for movie goers to usher in the new year with an uproarious great time at the cinemas, courtesy of the Master of ‘Mo Lei Tao’ (Hong Kong styled nonsensical, satirical and slapstick humour). Even with the absence of Chow in the cast, ardent fans of the director can be assured that the film stays true to his trademark style in more ways than one. 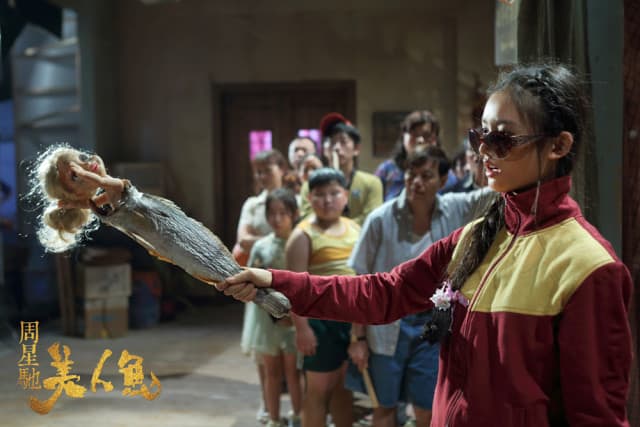 As with Karen Mok (The God of Cookery), Cecilia Cheung (The King Of Comedy), Vicki Zhao (Shaolin Soccer), Eva Huang (Kung Fu Hustle), Xu Jiao and Kitty Zhang (CJ7), Chow has a fondness for discovering and casting relatively new faces as his leading ladies (often aiding their film careers to skyrocket thereafter), and this time, Jelly Lin is no exception. Cast as the titular role of Shan the mermaid, who like all of Chow’s former headlining female leads, is the pure, innocent and kind damsel, Lin exceeds expectation in her film debut. Handpicked from 120,000 audition candidates, the 19 year-old Zhejiang newcomer, who coincidentally resembles Chow’s last leading actress Shu Qi (Journey to the West: Conquering the Demons), not only impressed Chow with her professionalism and commitment to the grueling filming process, but also captivated film audiences with her alluring beauty, perfect comic timing and poignant performance, despite having no acting experience prior to this. 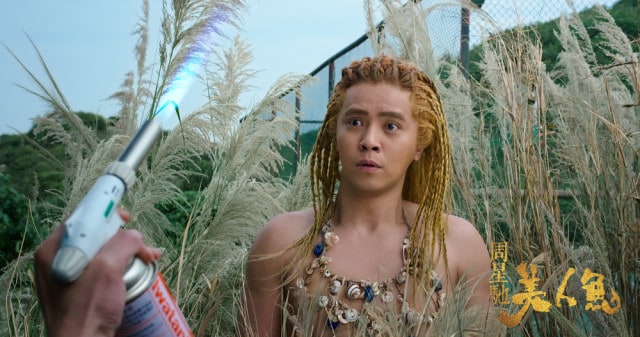 The other standout of the film is Taiwanese singer, host, actor and comedian Luo, who, in his second collaboration with Chow, is cast here as the hilarious half-man, half-octopus leader of the merpeople colony. Originally concerned that Luo may not take the role as it required him to be minimally clothed throughout the course of the entire film, Chow was fully prepared to take on the role himself, but to his surprise, Luo readily accepted the role. The result? Judging by the pandemonium of laughter at practically every scene he appears in, and thanks to Chow, Luo could possibly be well on his way to becoming the next comedic icon of this decade. Watch out for Luo’s teppanyaki scene, it is literally to “dye” for.

Fans of Chow’s films will also be thrilled to learn that Mermaid will feature plenty of cameo appearances by past cast members as well as references to previous films. 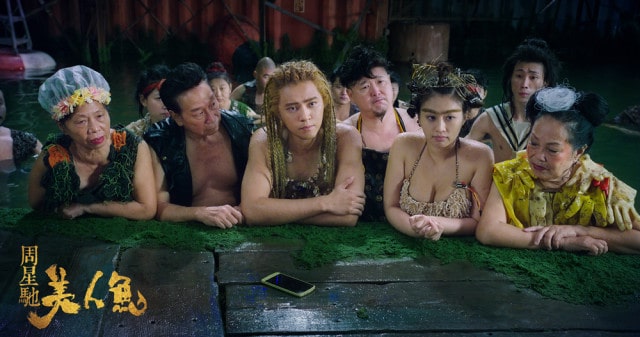 Jokes aside, what makes Mermaid stand out from the rest of this Lunar New Year’s films, is that it also carries a social awareness message. Beneath the laughter, through Shan’s moving monologue, Chow implores us to consider this: “When there is no longer a single drop of clean water, or a breath of unpolluted air, what is the point of having all the money in the world?” At its core, strip away the jokes and all, through this film Chow urges us to reflect upon how our selfish, material comforts and desires have led to the destruction of our environment as well as the habitat and lives of the many precious creatures we share our world with. And just as Xuan recognises his folly and repent, brought to light through the course of true love, we too might want to take this opportunity at the start of the Lunar New Year to reflect upon ourselves – to spare a thought for others and consider how we could aspire to be a better person than we are today.

Summary: Stephen Chow regains his top form in his latest directorial effort that combines mythology, stunning special effects, sidesplitting laughs-a-plenty and even a social awareness message. If you were a die-heard fan of Chow’s Shaolin Soccer and Kung Fu Hustle, you’d love this.