Spanning the globe from Chicago to Kowloon, Contagion depicts a global pandemic of greater magnitude than the Spanish Flu of 1918, or the more recent SARS virus, setting the stage for paranoia, anarchy and more HAZMAT suits than you can wave a chemical weapon at. 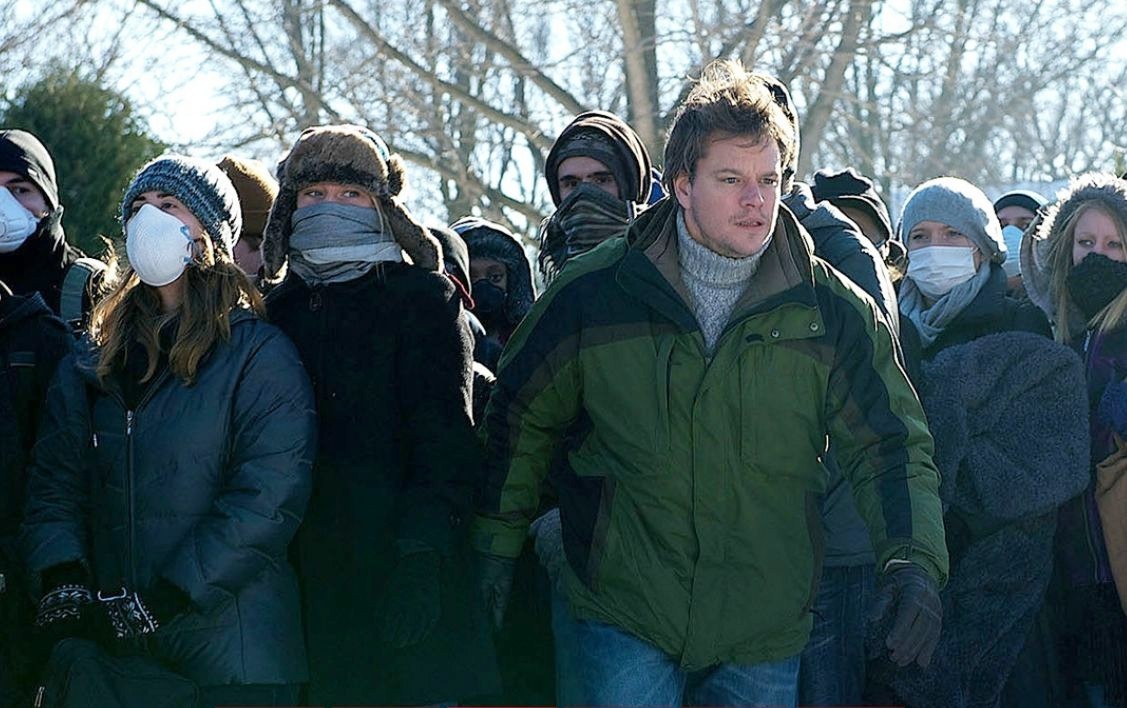 Despite its star-studded ensemble, the film`s genius primarily resides in its ability to portray normalcy before shattering it, with the stellar cast being utterly convincing in their roles as real-life people, rather than the larger-than life characters we`re accustomed to seeing them as. (Although to be utterly frank and slightly irreverent, the first thought I had when Laurence Fishburne`s character appeared on screen was: “damn, Morpheus really let himself go.”)

The first hour of the film does a good job of building up tension with several images that inject suspense into moments of everyday banality, marrying its frosty, detached camera work to an aptly tense score. Beneath the alchemy of Soderbegh`s lens, everyday objects and interactions are transformed from the mundane into potential hotbeds of lethal, brain-eating contamination.

My primary discontent with Contagion is that, despite depicting a pandemic that reaches its tendrils from suburban America to Kowloon in Hong Kong, the film never really unleashes a sense of global panic on the audience. Rather than risking the slippery slope of cheap sensationalism, Contagion lingers in the realm of sedate realism, occasionally punctured with blips of tension. As such, apart from several scenes that portray riots and ruptures in the social fabric, the lethal magnitude of the virus is never really driven home. This, coupled with its overly ambitious number of plot threads, prevents viewers from developing a stronger emotional connection with the film`s multiple characters.

In conclusion, Contagion is a realistic, cleverly executed film, that is let down by its excess of narrational perspective and its overly detached execution.

Summary: Unlikely to be as infectious as the virus it portrays, but compelling nonetheless.