It’s a sure sign of the enormous success of Game Of Thrones that Peter Dinklage was greeted with screams as loud and joyous as those that rained down on Hugh Jackman during last week’s blue-carpet premiere for X-Men: Days Of Future Past.

Everyone’s favourite Lannister is moving from Westeros to the world of the X-Men, in which he plays Dr. Bolivar Trask – a man whose scientific creation could one day mean the very annihilation of all mutants in Earth.

We had the opportunity to speak exclusively with the wry, witty and very funny Dinklage about time travel, joining the X-Men franchise and working with Bryan Singer.

Tell us about your character.

I play Dr. Bolivar Trask, who is the creator of the Sentinel programme. For anybody who’s familiar with the X-Men comics, it’s a big part of the comics. Not a very friendly part for the mutants themselves, because Trask is a scientist who has done his research with regards to the Darwinian evolution of things and he sees the mutants as a threat. They’re the higher rung on the Darwinian ladder than ourselves – we are the Neanderthals to their Cro Magnons, which is kind of a quote of mine in the film.

He’s proposing to do something about that – he’s exploiting people’s fears of the unknown and their need to protect themselves. He’s exploiting the time in which this part of the movie takes place: great global conflict, the Vietnam war and other things. He’s basically proposing something that he thinks is right and just and almost heroic in his own mind. Because what’s better than saving mankind and bringing the world together? Of course it’s at the cost of the annihilation of all these beautiful mutants. 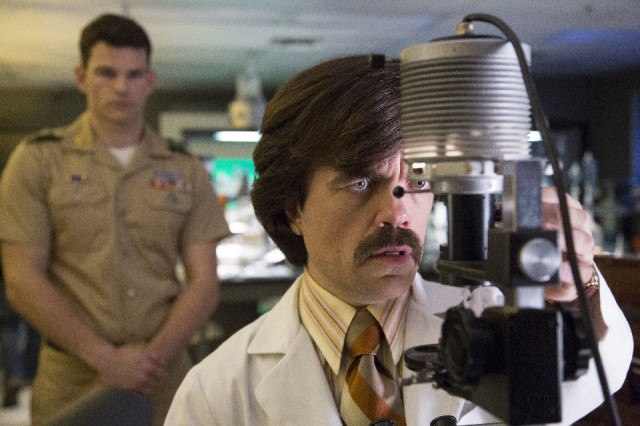 What was it like being the new kid on the block?

The X-Men family is an ever-changing, ever-evolving group – a community. They welcomed me with open claws!

If you were to play a mutant and you could choose your power, what would it be?

Well, I’d like to do the typical guy response and say Wolverine – yeah! – but Wolverine can’t fly. I would love to be able to fly. Storm and Magneto, I guess, can fly. One of those characters, I suppose. Maybe Magneto, or something. But they’re all sort of pieces of a puzzle, that’s what’s interesting about it. All of them are appealing. Mystique, I think, is an incredibly fascinating character – very complex and [she] speaks to being an actor, being able to spend some time in different people’s shoes for short periods of time. It’s appealing, at least for us!

There are some really great actors in this film. Who would win in an Acting Olympics?

What are the games? There’d be a Shakespeare round? Dialects? [switches to sports commentator mode] ‘And go! Fassbender’s up to 45 dialects! Ian McKellen, for the lead, is coming up with 46 dialects!’ Gosh, I mean – I always have to defer to the older people in the bunch, because they have a lot more experience and wisdom than the younger guys. One day, we will be the older bunch. So you always have to bow down to the Patrick Stewarts and the Ian McKellens.

But Jesus, it’s a very talented bunch! Michael Fassbender and James McAvoy – I’ve been fans of theirs for a long time. James and I got to do a film together years ago [Penelope]. Outside of the X-Men franchise, both their films – and Jennifer’s, of course – they have great taste.

X-Men: First Class was really excellent. Do you think the secret was bringing in James McAvoy and Michael Fassbender?

I think it re-energised [the franchise] – I think it provided a fresh perspective on it. Not that the other films needed re-energising. I just feel like it was a great storytelling device, to flip it on its head. I feel like that’s not done enough in fiction narratives. Sometimes, things are maybe too linear. Our lives are linear, so why should our fiction be? It was a nice change of pace. And so neat to see what Ian McKellen and Patrick Stewart’s younger selves – what Magneto and Charles Xavier – would be like. It’s fascinating.

Is there going to be an older version of you in the next X-Men film?

Well, by the time they ask me, I can play myself! I would be an older me – I’m getting older very quickly. But yeah – I would love to be a part of anything that comes in the future.

Oh my gosh, fantastic. He knows this material better than anyone. This is the third X-Men movie he’s directed, and he was a producer on the others. It’s so funny – he sees the movie. You spend long days on these sets with the production design team, who really try to help you as much as they can. They created a Sentinel for us to use for a bit of reality. But with all the CGI, there’s really only so much you can do.

But I feel like Bryan sees it all while he’s making a movie – all the components, and that’s what you need in a leader. He’s a strong leader. He has the answers to so many questions, no matter what and whoever is asking. From actors to props to design to everything. He understands it all. A lot of directors just understand a small window of it, and have other people who are very good at it deal with other elements of film-making. But he really has a hand in it all, and that’s a rare gift. It’s great.

The other thing that strikes you when watching Days Of Future Past is how many characters and storylines there are. Bryan has always been really good at juggling that, as he did in The Usual Suspects.

It’s a great skill-set. This is a movie that deals with a huge ensemble of actors and characters. Also time travel and alternate realities. But, when you watch the movie, it’s magnetic – it’s, in a strange way, logical. You’re able to follow it really clearly, and it’s really complicated! It just actually makes you feel smarter about yourself; it makes you feel really good about yourself! And it’s exciting and scary and heartbreaking – these characters are at a crossroads in life. It deals with so much, in such a pure, natural way. That’s a lot of work, to do things effortlessly. Like a great musician. They make it look so easy, and what they’re doing is the farthest thing from that. 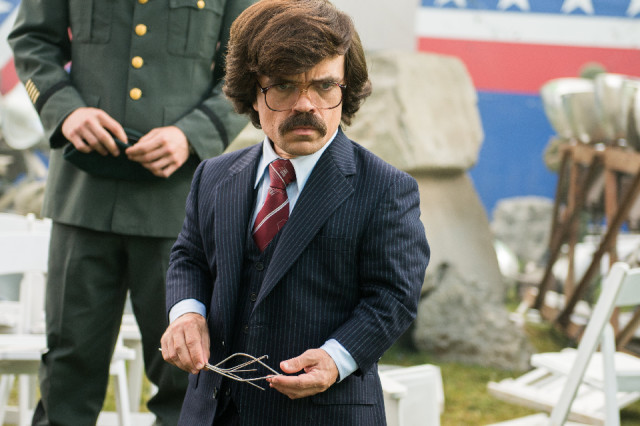 This movie is about Wolverine travelling back in time. If you could travel back in time and tell yourself something, what would it be?

No, I feel like the mistakes we make make us stronger and, hopefully, wiser. But, having worked with actors quite a bit younger than myself – like, you know, Patrick Stewart and Ian McKellen – I wish I’d had that sense of discipline early on in my career. I sort of wasted time, and I do feel like youth is wasted on the young. Perhaps we were meant to waste some time when we were young, but I wish I’d gotten a bit more motivated earlier on, in my career at least. But I have no regrets.

Are there any other comic book or fantasy franchises that you’re passionate about and would really love to be a part of? The next Star Wars, for example?

Ooh, you just answered your own question! Yeah, Star Wars – I saw the first film when I was eight years old, and it completely changed my life. George Lucas invented a world unlike anything anybody had ever seen before. It was fantastic. So yeah, of course, Star Wars. And I know they’re making some more of those. And I’ll be the new Sam Jackson of the superhero/science-fiction/fantasy/comic-book/Star Wars franchises ’cause he’s in everything!

What’s the closest thing you have to a superpower in real life?

Oh my god. [laughs] If difficulty of getting out of bed in the morning is a superpower, then yeah, I have that. If drinking too much coffee is a superpower, then sure! I don’t, no. That’s a great question, but what would you say? It’s a tricky question. I think I’m a compassionate person. [puts on unidentifiable accent] I think I have the ability to love – which is the greatest superpower of all! [drops the accent] He puts on an accent to make fun of himself, while saying something he truly means! [laughs]

You’ve won an Oscar and a Golden Globe. Do you have a yen to win an Oscar?

What do they call it – an EGOT? Yeah, I’m recording an album as well! And I’m on Broadway! You know, if people dig the work you’re doing and they want to hand you something shiny, that’s great. I would like to be cool and be like, ‘Yeah, whatever, awards!’ But it’s great to be recognised by your peers and co-workers and all of that – especially and most importantly, with something that you’re proud of, like with Game Of Thrones, which was a lot of hard work. It’s rare, but I’m glad that something I enjoy is also being enjoyed by others… because my taste is funky! It’s nice when the two come together: popular taste and one’s individual taste.

In terms of career planning – do you read the Song Of Ice And Fire books so you know whether you’ll get killed off brutally?

[laughs] You think Tyrion is going to be killed off brutally? I think he’s going to pass away in his sleep, in his old age! No, I don’t read the books. I’m going to read them a few years after the show is over. I’m excited to get these scripts and find out what’s coming, what’s next. But not too far into the future. Tyrion doesn’t know his fate, so I don’t want to know his fate. Really. Because I’m kind of protective of the guy!

Which X-Man would you want to see on the Iron Throne?

Oh my gosh! [laughs] Wow! Oh man. Probably Charles. I mean, come on. Think about Magneto on the Iron Throne! What he would do with that throne – it’s made out of swords! That’s a dangerous combination. He could unravel it!