In the Pirates of the Caribbean films, Johnny Depp asked “why is the rum gone?” and in Transcendence, he gets to ask “why is the RAM gone?” Depp plays Dr. Will Caster who, along with his wife Evelyn (Hall), is one of the foremost minds in artificial intelligence research. His work has earned the ire of a radical militant anti-technology activist group called RIFT; their operative fatally wounding him. Before Will’s death, he and Evelyn decide to upload Will’s consciousness to a supercomputer, something Will’s best friend Max (Bettany) warns against. As Will in his transcendent form becomes near-omnipotent, Will and Evelyn’s mentor Joseph Tagger (Freeman) works with FBI agent Donald Buchanan (Murphy) to contain and stop Will before he endangers his wife and the world at large.

Transcendence marks the directorial debut of Wally Pfister, winner of a Best Cinematography Oscar for Inception. Perhaps echoing the film’s themes of a wariness of technology in some small way, Pifster is an outspoken critic of shooting on digital format and insisted on shooting Transcendence on 35 mm film. Jack Paglen’s script earned a spot on the 2012 Black List of unproduced screenplays that had garnered the most positive industry buzz. Transcendence is reminiscent of 90s cyber-punk techno-thrillers, bearing shades of The Lawnmower Man, The Thirteenth Floor, eXistenZ, Johnny Mnemonic and The Matrix; also clearly influenced by the works of sci-fi authors William Gibson and Philip K. Dick, both famous for exploring the dynamic relationship between man and machine. Source Code is a recent genre entry that also comes to mind. There’s a bit of Rise of the Planet of the Apes vibe too, with the well-intentioned scientists playing god. While all the above-mentioned films had their outlandish moments (or were outlandish as a whole), Pfister takes great pains to maintain a po-faced plausibility and he is mostly successful. 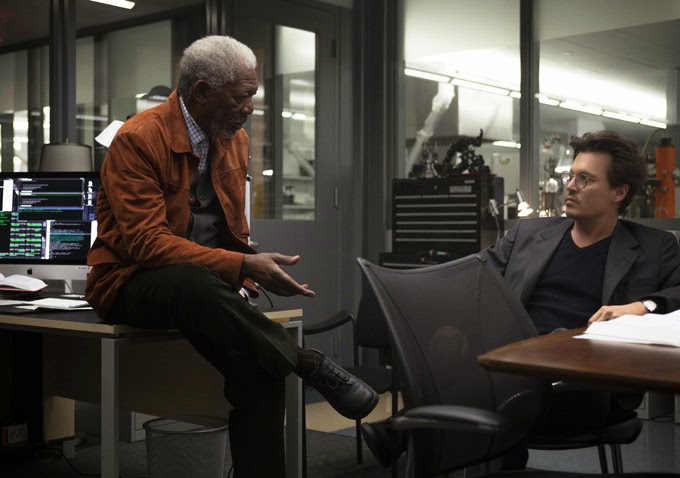 Pfister’s style as a cinematographer is marked by a clinical precision which curiously didn’t sacrifice too much personality, and that is carried over to Transcendence. As far as directing debuts go, this is an assured first feature and hopefully a sign of great things to come from Pfister. The story has its predictable moments but it makes turns into surprising territory when it matters the most. At the mid-point of the story, Will and Evelyn buy over a dusty, dilapidated town, transforming it into a futuristic cradle of ground-breaking technology, enriching the lives of its residents akin to the forward-thinking pioneer who revolutionises a backward frontier town in a Western. The way in which Evelyn’s love for her husband clouds her judgement is presented compellingly, though there are perhaps one too many spots in which she goes “oh, now you’ve gone too far!” while the story continues apace.

Johnny Depp’s popularity has waned in recent years, moviegoers growing tired of his eccentric shtick and the big-budget bomb The Lone Ranger doing him no favours. You know an actor has played some weird roles when “human consciousness in a supercomputer” is considered relatively normal by his standards. Depp is on good form here, his Will Caster beginning as a loveable just-mad-enough scientist and then progressing into a non-corporeal force of technology without going “the full Skynet”. That’s not particularly easy to play and it is a better career move for Depp than running around with a dead bird on his head.

It might be Depp’s face on the poster (the one that looks like it hasn’t completely loaded) but this is as much Rebecca Hall’s film as it is his. While Evelyn’s characterisation does at times lean towards “female lead being defined by the male character”, she moves the plot forward as much as anyone else does and just like in Iron Man 3, Hall is believable as a scientist and effectively essays a woman struggling with some complex ethical conundrums. Freeman and Murphy’s characters fall squarely into the categories of “mentor figure” and “cop assigned to the case” respectively, but they are as competent as they typically are. Paul Bettany’s part is meatier, as he goes from being Will’s confidant and supporter to being possibly swayed by RIFT’s ideology. As the shady RIFT operative Bree, Kate Mara’s performance brings the likes of The East and The Company You Keep to mind. She’s not the greatest actress but she does lend a degree of sympathetic humanity to what could have been a generic band of bad guys. 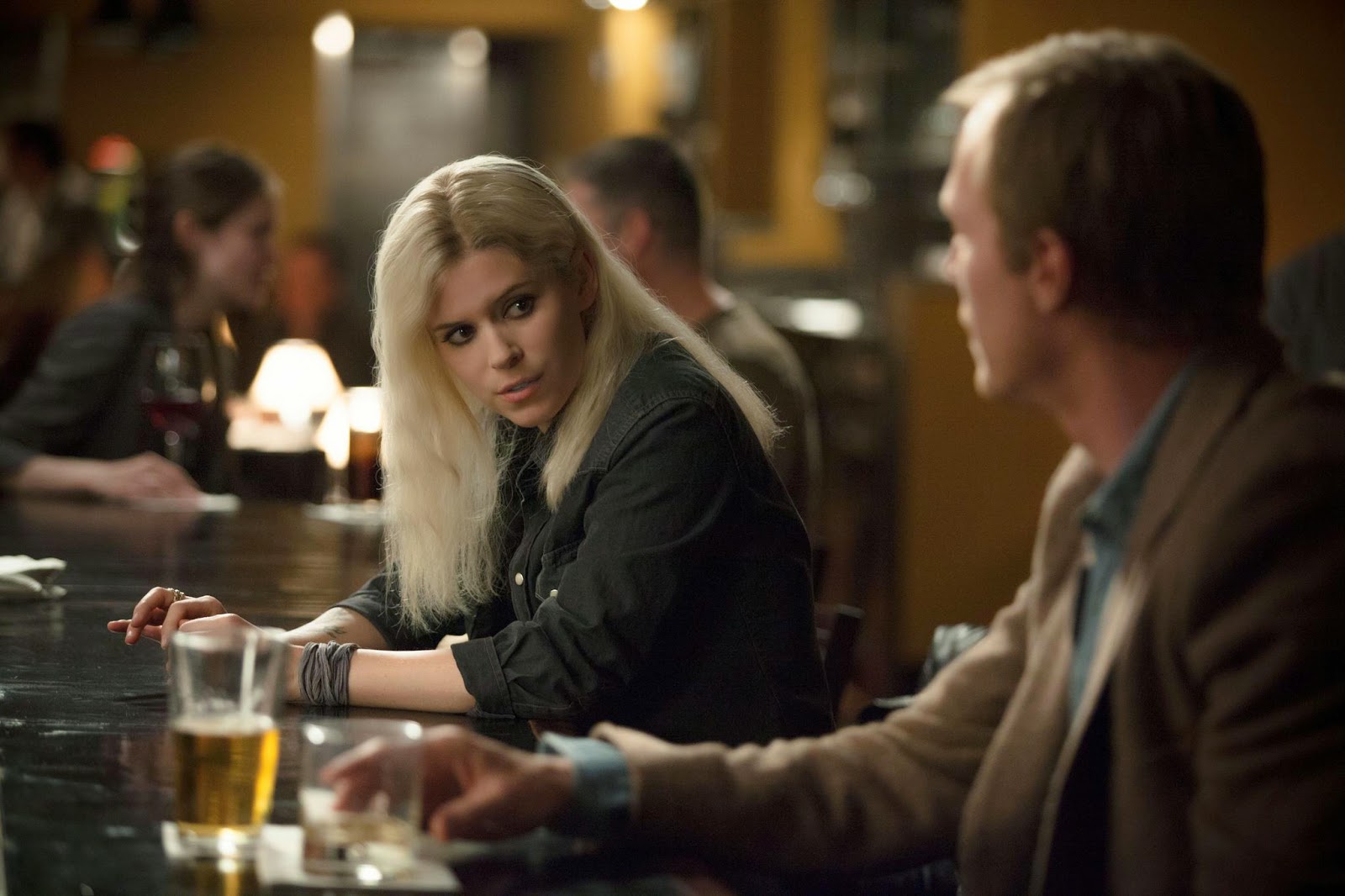 Audiences flock to big-budget, spectacle-driven sci-fi blockbusters, but there’s definitely room in the market for techno-thrillers that are smaller in scale but also more thought-provoking, intelligent and carefully-crafted. There are parts of the film that are genuinely chills-inducing – suffice it to say that Cyber-Will doesn’t become a charming, affable Him. Transcendence falls short of brilliance, not digging as deep into its premise as it could have, but it is still engrossing, boasts a top-drawer cast and is satisfyingly cerebral if not mental gymnastics-inducing.

Summary: It’s not quite mind-blowing, but Transcendence is still a well-made, clever and entertaining post-cyber-punk thriller (and the least annoying Johnny Depp has been in a while). Jack in and boot up!