Inspired by the James Cameron’s 2009 blockbuster Avatar and set 3,000 years before the events in the film, Toruk – The First Flight is more theatrical than circus-isque. Here the acrobatics are sparse and the show is geared more towards a musical production.

Written and directed by Michel Lemieux and Victor Pilon, who also created the stunning multimedia, Toruk is a quest story about three young Na’vians embarking on a mission to save the sacred Tree of Souls and their planet, Pandora, from destruction by finding a legendary bird residing high in the mountains. 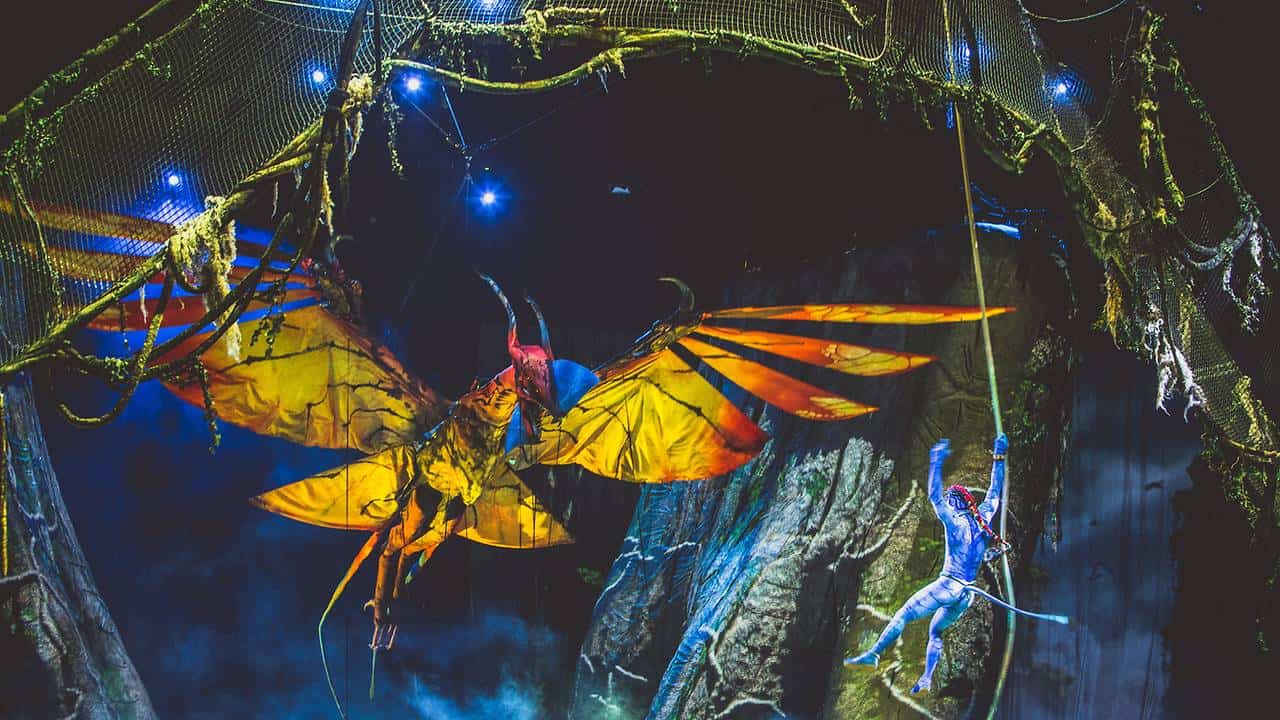 Yes, the title refers to the pterodactyl-like bird from the film that can be tamed only by a true hero. And in the show’s two acts, the trio must collect amulets from Pandora’s five tribes in order to summon the mighty bird.

Here’s the thing: apart from the English narration by an elder Na’vi ‘storyteller’ in English, the rest of the characters speaks in the Na’vi language. So we are mostly relegated to guessing the script from body languages and voice tones.

As mentioned above, in a departure from their usual, Toruk sacrifices acrobatic spectacle in place of staging and story. Visually stunning, the multimedia, costumes and set amazes. The soundtracks are pulsating and drum-infused. Everything about the stage design is lush and extravagant. The all-purpose dance rostrum doubles up as gardens, anchors and chutes that open to unveil multi-coloured flora and volcanoes. A makeshift structure at the back also doubles up as mountains and waterfalls with the aid of cutting-edge projection. 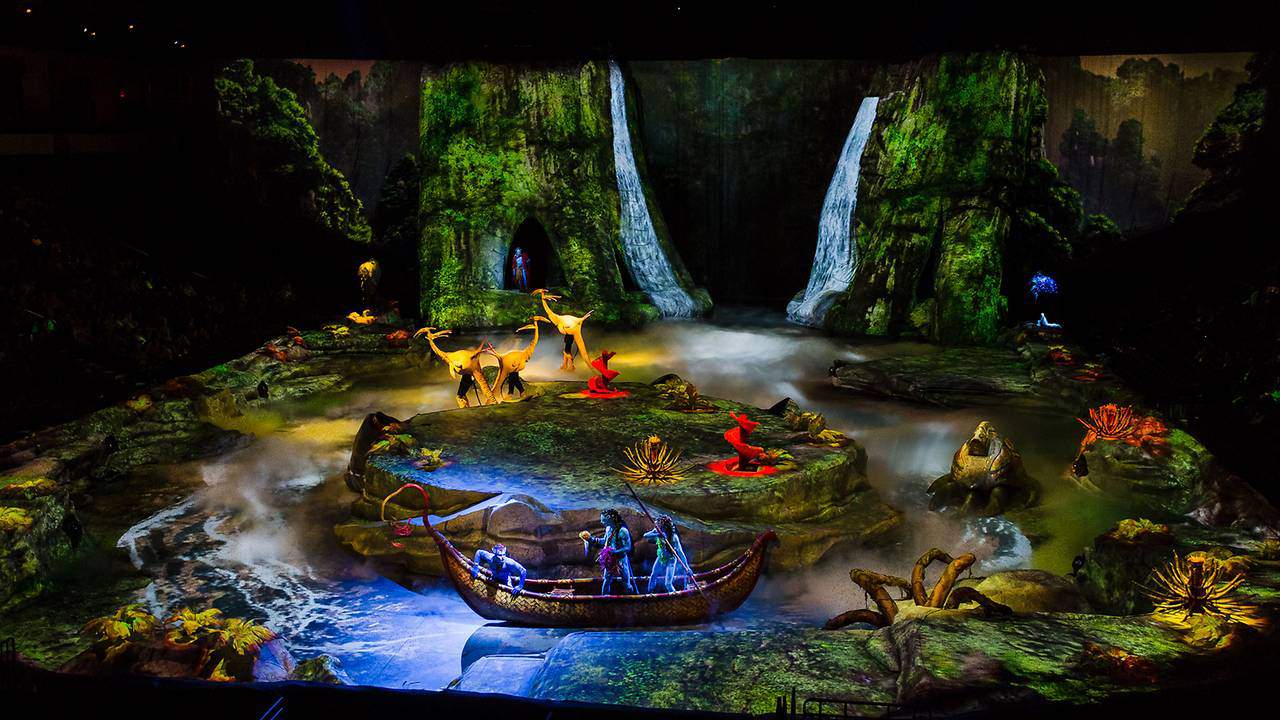 While minimal, the show’s acrobatics include pole vaulting, aerial stunts, and even a brief boomerang segment, among giant flowers, a flying Toruk, birds played by kites, and various exotic animals puppeteered by performers.

While Toruk succeeds in being an epic spectacle, those looking for daring circus acrobatics may feel shortchanged. Then again, Toruk is a significant achievement for Cirque Du Soleil in trying to infuse a bit of drama with a coexistence-with-nature message. So, if you’re a visual and fantasy junkie, or even an environmentalist looking for an alternative Cirque experience, hop on the first flight!

Toruk is on at Singapore Indoor Stadium until June 3rd. For tickets visit cirquedusoleil.com/toruk or sportshubtix.com