Sequels that were never meant to be are such a tricky proposition. Most of the time, they’re rushed hastily into production to cash in on a phenomenon. Almost always, they’re never as good as the original films, since happy endings have to be picked apart as the same story is labouriously told again. By all accounts, The Second Best Exotic Marigold Hotel should be terrible. And yet, director James Madden and screenwriter Ol Parker, returning to the series after the unexpected smash-hit success of 2011’s The Best Exotic Marigold Hotel, have done the impossible. This sunny sequel – though a little overstuffed plot-wise – is a shot of sweet, tender joy, its charms frequently outweighing its contrivances. 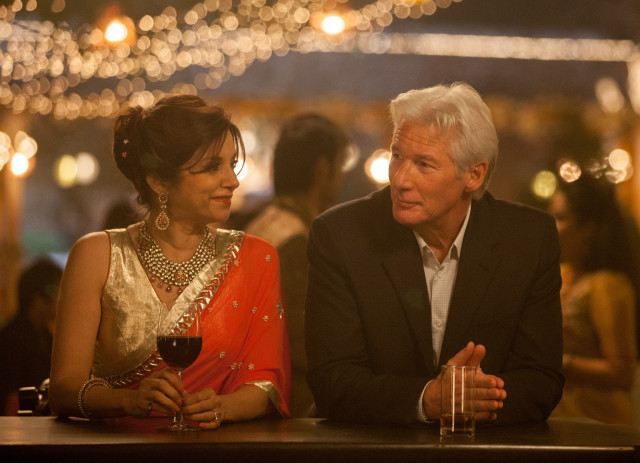 We return to Jaipur, India, to discover that the Best Exotic Marigold Hotel is doing great business – so great that its eternally optimistic owner, Sonny (Patel), is trying desperately to find a second site for another retirement hotel. Despite the calming efforts of perenially grumpy hotel manager Muriel (Smith), Sonny gets so caught up in it all that a wedge is driven between himself and his fiancee Sunaina (Tina Desai) as they plan for their wedding.

At the same time, the hotel residents we met in the first film are still struggling with life and love in Jaipur. Evelyn (Dench) can’t quite seem to commit to a relationship with Douglas (Nighy), even after he left his shrew of a wife Jean (Penelope Wilton) for her. Madge (Celia Imrie) is still dithering between suitors, whilst Norman (Ronald Pickup) tries to figure out how serious he wants his romance with Carol (Diana Hardcastle) to be. Meanwhile, Sonny is convinced that Guy (Gere) and not Lavinia (Tamsin Greig) – two new residents at the Hotel – is a property scout who will determine if he can get funding for his expansion plans. 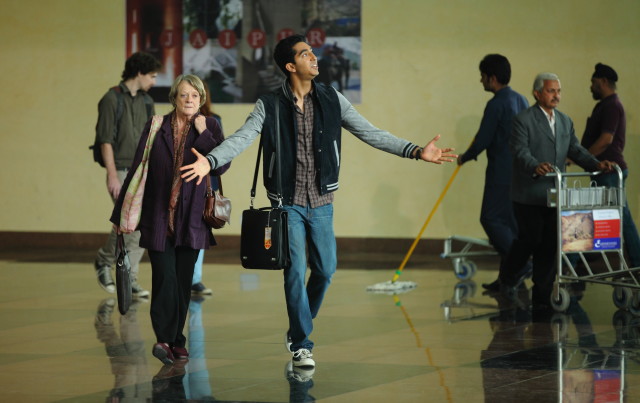 That’s a lot of story, even for an ensemble piece. It’s really the biggest problem with The Second Best Exotic Marigold Hotel – the film dashes breathlessly from character to character, even when some of them overstay their welcome. The sub-plot within Norman’s narrative, in which he thinks he might accidentally have taken out a hit on Carol, feels especially silly. Although a couple of nice character beats can be found in Guy’s flirtation with Mrs Kapoor (Lillete Dubey), Sonny’s mother, it’s not given enough depth or attention to be truly effective. Greig, a wonderfully gifted comedienne, is almost completely wasted as Lavinia hovers in the background and forges a connection with Kushal (Shazad Latif), Sonny’s self-appointed nemesis.

And yet, it’s easy to forgive the screenplay when it does such a good job in juggling almost everything else that’s on its plate. The final film, packed with as much wit and heart, is a joyful jumble of stories that feels somehow appropriate, just like the messy, beautiful world in which all the characters have chosen to live. It also comes as a genuine surprise how much deeply-felt sorrow and insight Parker manages to inject into the proceedings. He finds a credible way to explore the almost-illicit connection that sprang up in the first film between Evelyn and Douglas, shading doubt and complexity into the relationship in a very credible way. In a particularly well-handled subplot, he explores the profound wells of humanity within the ever-caustic Muriel. There’s even a moment when Jean, all prickles and insults, is offered a touch of sympathy – a hint at why she behaves in the callous, hard way she does. 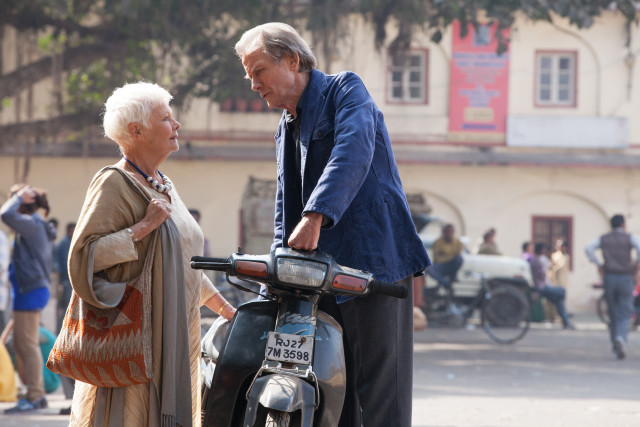 It helps, of course, that this stellar cast remains eminently capable of communicating oceans of emotions in a mere handful of scenes. Nighy’s Douglas is a tender whirlwind of charm, albeit one who can no longer remember details without the help of an off-site prompter (a character trait that pays off in a most delightful way). Imrie lends weight to the flighty Madge’s romantic travails, and Wilton conjures up an entire inner life for her antagonistic character in the space of a few moments. Patel acquits himself very well alongside the veteran members of the cast, radiating good cheer in almost nuclear proportions – quite enough to carry Sonny through his more selfish, annoying moments in the film.

But The Second Best Exotic Marigold Hotel truly belongs to its two grande dames. Dench is powerfully convincing as a woman who’s tentative – even terrified – about all the new avenues opening up in a life she had come close to thinking was over. Although her storyline is kept deliberately in the background, Smith steals every scene she’s in, reeling off perfectly tart zingers even as she walks away with the heart and soul of the entire film. The screen, of course, lights up when they share it, trading insults and insights in equal measure. 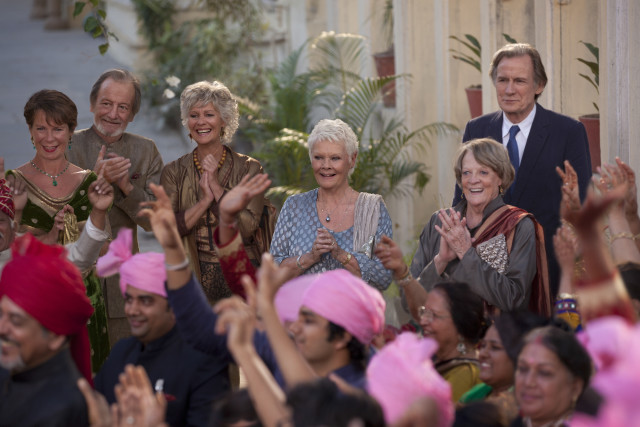 Strictly speaking, this isn’t a great movie: it’s plainly an attempt to cash in on the unexpected success of a surprisingly cute ensemble comedy about aging gracefully in India. Madden, Parker and their illustrious cast hit upon something quite magical in the first film; it would seem almost ridiculous to expect lightning to strike twice in the same place. And yet, The Second Best Exotic Marigold Hotel somehow works, and even occasionally trumps its predecessor in doling out a good share of rich laughs, local flavour and colourful charm.

Summary: There’s no second-best about it – this sequel is every bit as delightful as its predecessor.