In this follow-up to last year’s The Purge, a ruling government, the “New Founding Fathers” institutes an event called the Purge, an annual twelve-hour window during March in which crime-lusting citizens can unleash their pent-up aggressions without any legal repercussions. Cue violence and mayhem.

The Purge: Anarchy isn’t so much a sequel, as it is a new story set in the same demented world. This one, though, has more ideas, even if they’re lazily explored and executed. 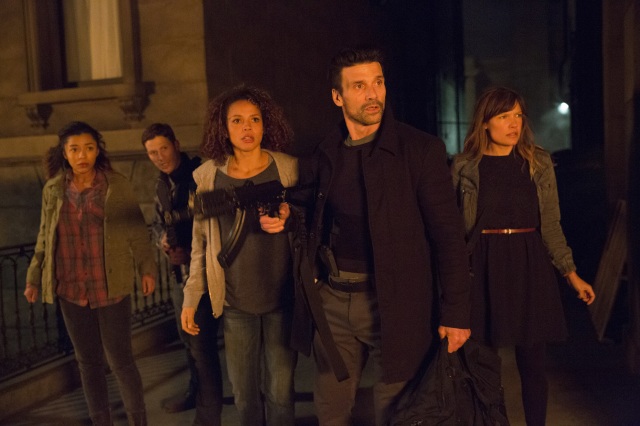 And while its predecessor, about a family fending off a home invasion, takes place largely within a house, The Purge: Anarchy sheds the domestic confines and takes to the streets. It follows a group of people stuck on the roads on Purge night fighting for survival. This group comprises a mother-daughter duo and a soon-to-be-separated couple. They’re all led by Sarge, a hardboiled, no-nonsense man played perfectly by Frank Grillo, who is himself out for vengeance against someone who took a loved one away from him.

The premise of the film is a mish-mash of Rollerball and The Hunger Games, and while not particularly original, that’s the least of the film’s problems. Its bigger sin is that it is ideologically incoherent. It seems to want to say things about violence or socioeconomic issues (and that’s impossible to miss, considering how blunt some of the metaphors are), but seem to exult in its own grand depictions of gore. 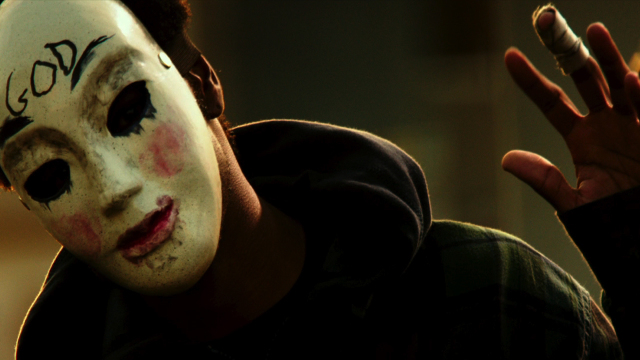 Well, at least director James DeMonaco does at least mine the premise for some pulpy thrills. You get jump scares and some incredibly tense scenarios, and as a suspense-machine the film certainly does work. But it uses the prospect of violence as fuel for suspense, and ends up stoking the audiences own blood thirst. It’s hard to decide whether that’s ironic for a film that seems to want to condemn violence, or whether the whole point is to get us to recognize our own potential for bloodlust. Still, if you can get past its contradictions, the film is a pretty lean, effective thriller.

Summary: A thriller with lots of suspenseful moments, but not much brains.