A reboot/sequel of the first Predator back in 1987, The Predator is set in the present day and decades after the humans’ first encounter with the predator species. A predator’s space shuttle crashes in New Mexico, and U.S. sniper Quinn McKenna (Boyd Holbrook, Logan and Narcos) and his team investigate the crash site, only to be attacked by the alien pilot.

Quinn barely manages to escape, not before stealing some gear as an insurance policy against the U.S. government. He sends it to his ex-wife’s house but his son, Rory (Jacob Tremblay, Wonder), meddles with it and unknowingly sends a signal to the predators.

Together with a group of “loony” soldiers and Dr. Casey (Olivia Mun, X-Men), Quinn has to save his son and the world from the predators and Will Traeger (Sterling K. Brown), a government agent who cares more about opening the crashed shuttle from 1987 than the survival of his own species. 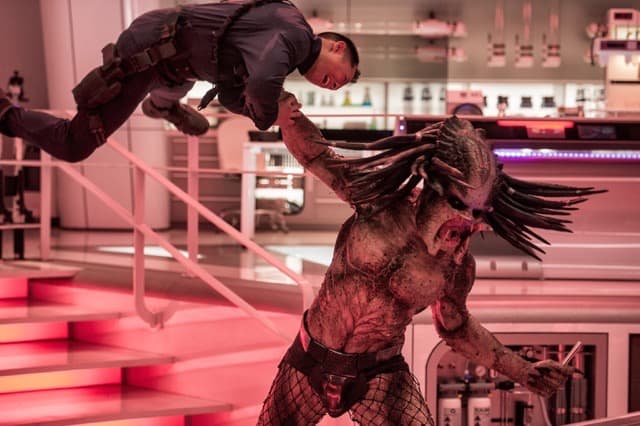 There are many other subplots, senseless backstories, and forced references in between, which makes it hard to pinpoint the main thread in the narrative. All we know is pretty much from the trailer: A stronger and deadlier species of predator is here on earth and it’s hunting humans.

The Predator suffers greatly from the exceptionally clunky third act. To be fair, director Shane Black had to go through reshoots for the ending sequences. The significant changes did the first two-thirds a huge disservice and affected the pacing of the last 30 minutes of the film. 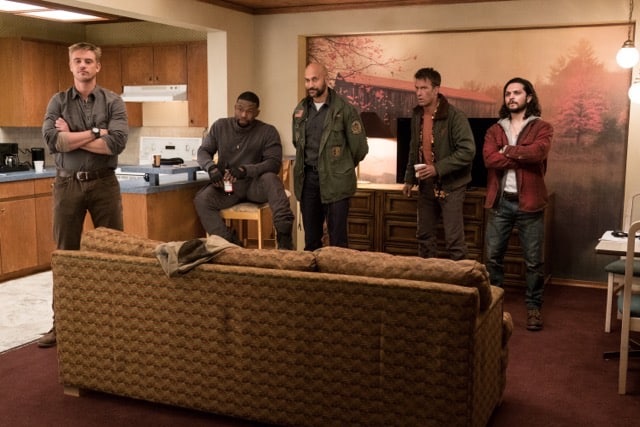 The main and supporting cast, though large, still have some memorable lines and jokes to play with and deliver convincing performances. In fact, the sub-characters that include Trevante Rhodes (Moonlight), Keegan-Michael Key (Hotel Transylvania), and Thomas Jane (The Mist), are more interesting than Boyd’s Quinn and Munn’s Dr Casey.

Where The Predator lacks in story and character departments, though, it makes up with the punchy action set pieces and impressive visual effects (apart from a few forgivable misses towards the end). The battle sequences alone — among and between the humans and predators — justify this addition to the franchise. 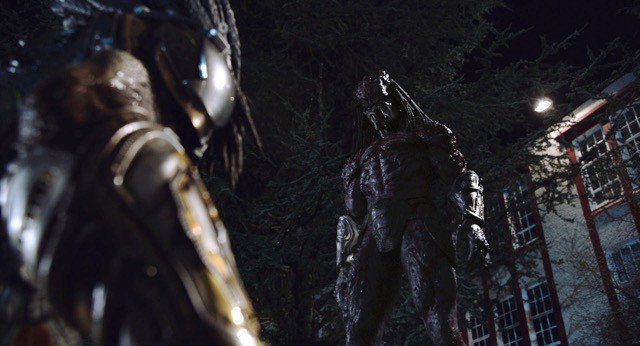 In a nutshell, The Predator satisfies every aspect of what makes the sci-fi horror genre so enjoyable — fans of the Predator franchise and even the Alien franchise will relish this film. It’d remind fans why so many games and movies were spun-off just based on the idea of space monsters killing humans with lots of gore.

Summary: The Predator suffers from a clunky third act but makes up with impressive action and visuals.