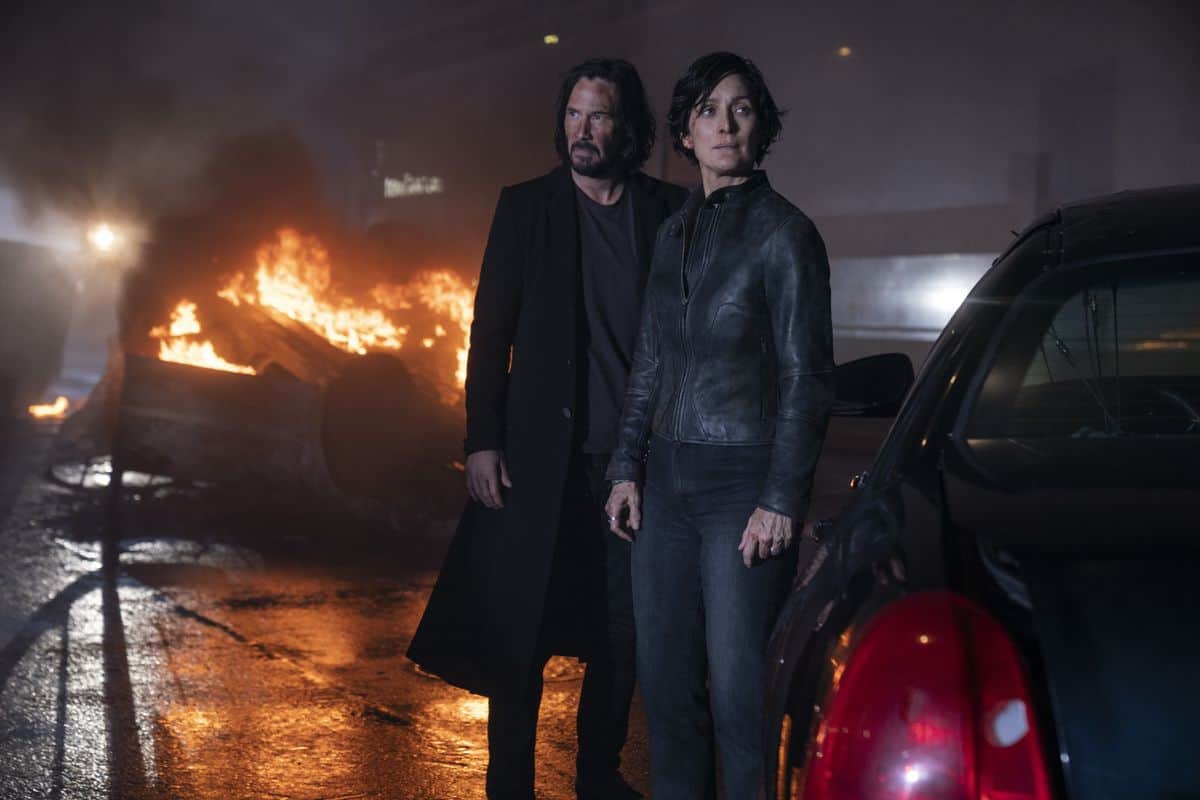 The Low-Down: In 1999, already a watershed year for Hollywood cinema, The Matrix changed the game. The film’s directors, the Wachowskis, vastly expanded the world of the Matrix with two theatrically released sequels in 2003, alongside an anthology of anime short films, a video game and various other media. While the two sequels received a far less enthusiastic reception than the first film, it was clear that the appetite for more Matrix was there. 18 years after Neo and Trinity were last seen on the big screen, we’re plugging back in. 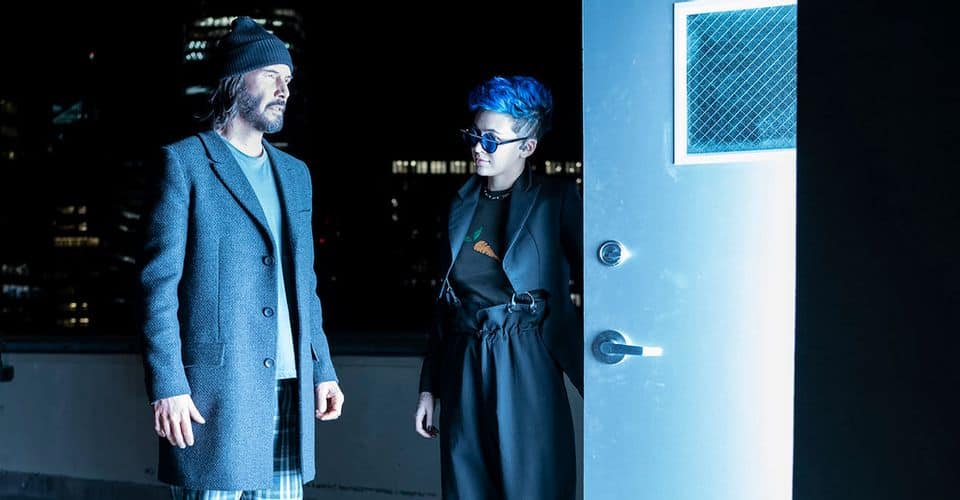 The Story: Thomas Anderson (Keanu Reeves) is a video game designer living in San Francisco. Coping with mental health issues, he sees a therapist known as the Analyst (Neil Patrick Harris), who prescribes him pills. At a coffee shop called Simulatte, Thomas sees a woman named Tiffany (Carrie-Anne Moss), whom he finds oddly familiar. It turns out that the world Thomas and Tiffany live in is a simulation called the Matrix, and that Thomas’ true identity is that of Neo. Bugs (Jessica Henwick), who bears a tattoo of a white rabbit, attempts to break Thomas out of the Matrix. At the end of The Matrix Revolutions, both Neo and Trinity – the true form of Tiffany – apparently died, but it seems like they are still alive. Now travelling with a new crew captained by Bugs, Neo must make sense of his reality as he seeks to rescue Trinity, as powerful forces stand in the way. 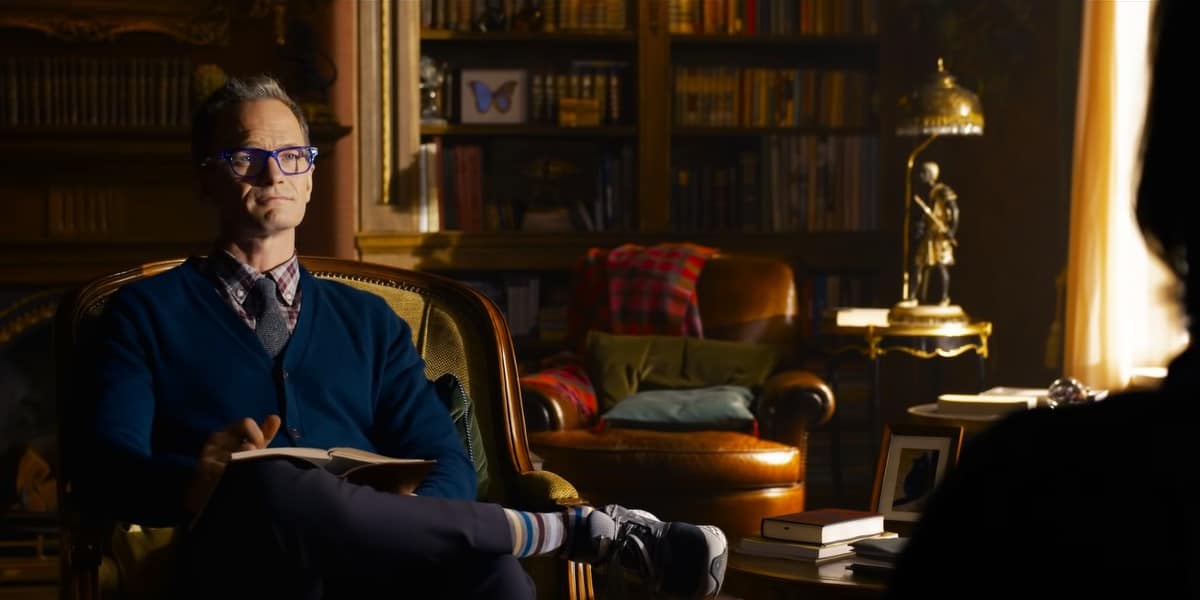 The Good: For anyone who feared The Matrix Resurrections would be a by-the-numbers retread or just a lazy nostalgia fest (we’ve gotten several of those to varying degrees of laziness this past year), fear not: it’s weird. It’s the kind of weird which another film without the brand name association wouldn’t be able to pull off. While Lilly Wachowski opted not to co-direct this film because of personal issues and general exhaustion, Lana takes audiences back into the labyrinthian mythology of the series. It’s a joy to see Keanu Reeves and Carrie-Anne Moss return, and to parse why some things remain the same and why others are different. There are several entertaining action sequences, even if nothing quite matches the inventiveness of the first film, and there was obviously a lot of thought put into how the franchise would continue, even if it doesn’t come together cohesively. It is ultimately rewarding especially for audiences who re-evaluated the Matrix sequels and came around on them. 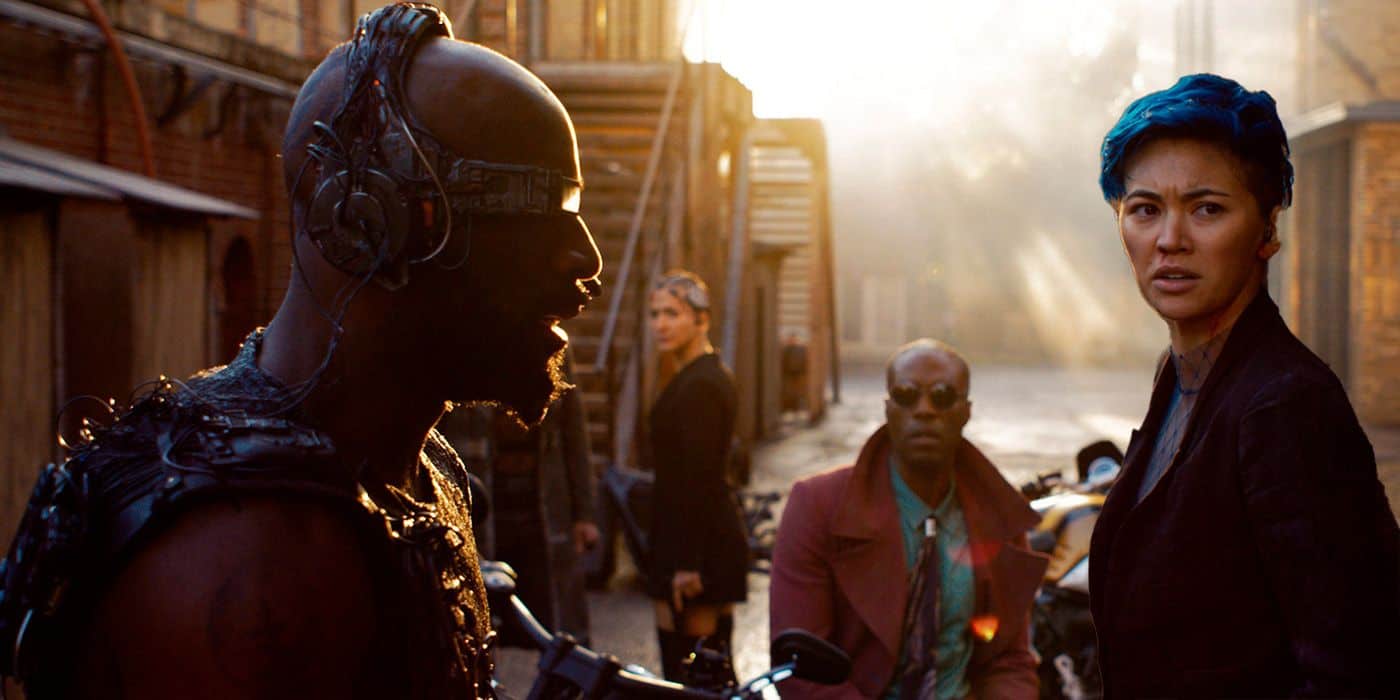 The Not-So-Good: When we say it doesn’t come together cohesively, we mean it. It’s fun to rewatch the original Matrix and realise how quaint, straightforward and easy to follow the narrative is compared to in the sequels. The Matrix Resurrections is confusing in such a way that some audiences will be intrigued and invested, and others will opt to tap out. At 148 minutes long, the movie is relatively light on action. There still is action, but there’s just much more exposition and world-building than there are set-pieces. The action is also shot and edited poorly and is often difficult to follow. Most of the movie unfolds in close-ups, so there aren’t quite enough opportunities to take a step back and take everything in. The new characters, apart from the possible exception of Bugs, receive little characterisation and mostly function to ferry Neo from place to place. Both the Smith and Morpheus characters return in some fashion, but are portrayed by different actors, thus sacrificing some of what made those characters so iconic. There’s probably a version of this that makes perfect sense, but it is not the version that made it to the screen.

Reprogrammed: One thing that’s fun is that this is a movie about the nature of franchise continuations. Thomas Anderson is forced to develop a new game in a series, after he thought that he had finished telling the story he had wanted to tell. Perhaps this reflects how Lilly referred to a potential Matrix sequel as “a particularly repelling idea in these times” during a 2015 interview. The Wachowskis’ work has always been marked by a certain earnestness and dorkiness, which Resurrections still has plenty of. However, there is at least a twinge of cynicism here. One line about the game studio’s parent company elicited especially raucous laughter. There is a post-credits scene, but a completely inconsequential one that almost feels like commentary on the trend of post-credits scenes. Resurrections is the most fun when it gets meta, but audiences will differ on whether this feels like astute commentary or if it takes one out of it.