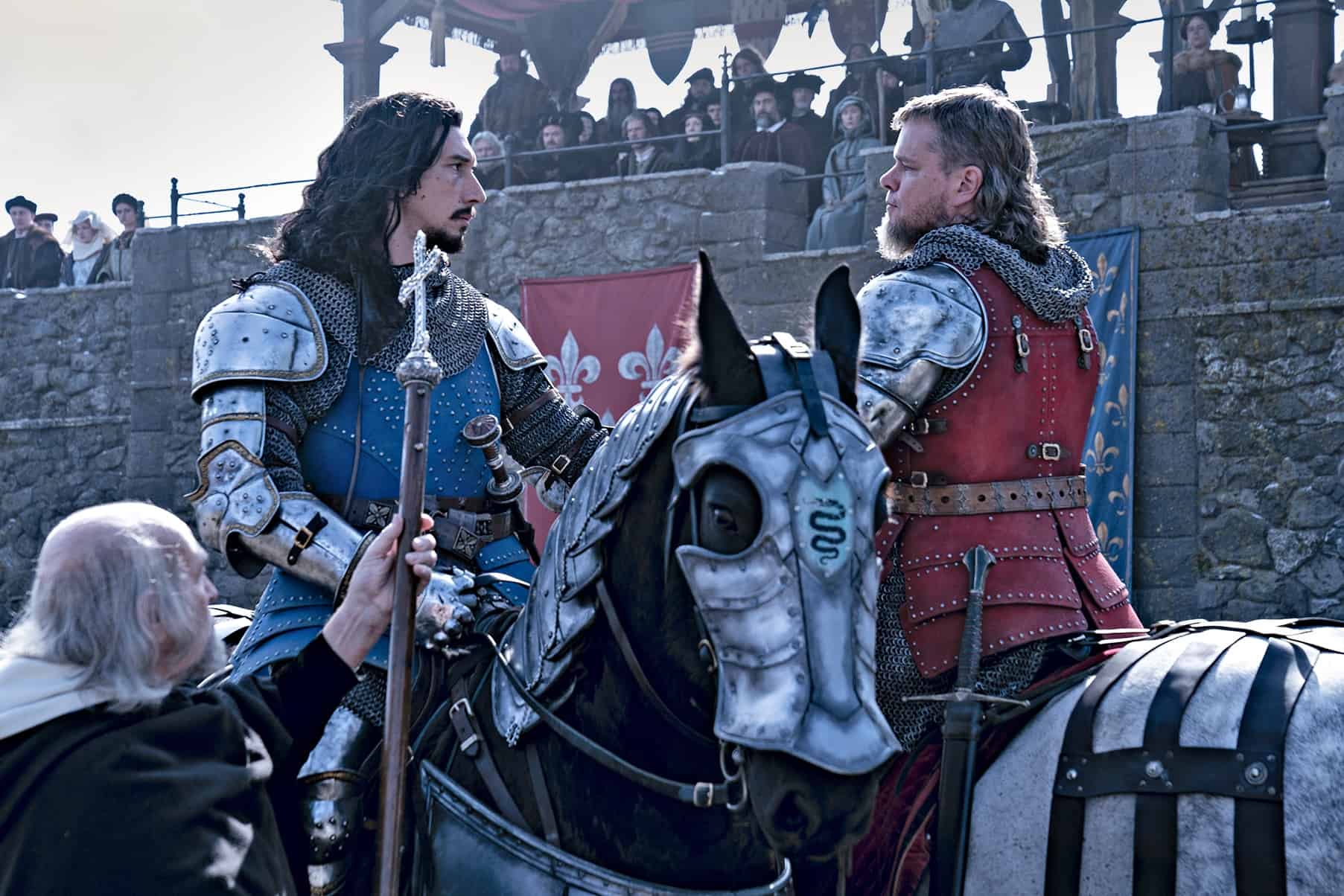 The Low-Down: In 1977, Ridley Scott made his feature film debut with The Duellists, set during the Napoleonic Wars. 44 years and 24 films later, Scott visits another era of French history with The Last Duel, set during the Hundred Years War and telling the story of the last trial by combat permitted by the Parliament of Paris. 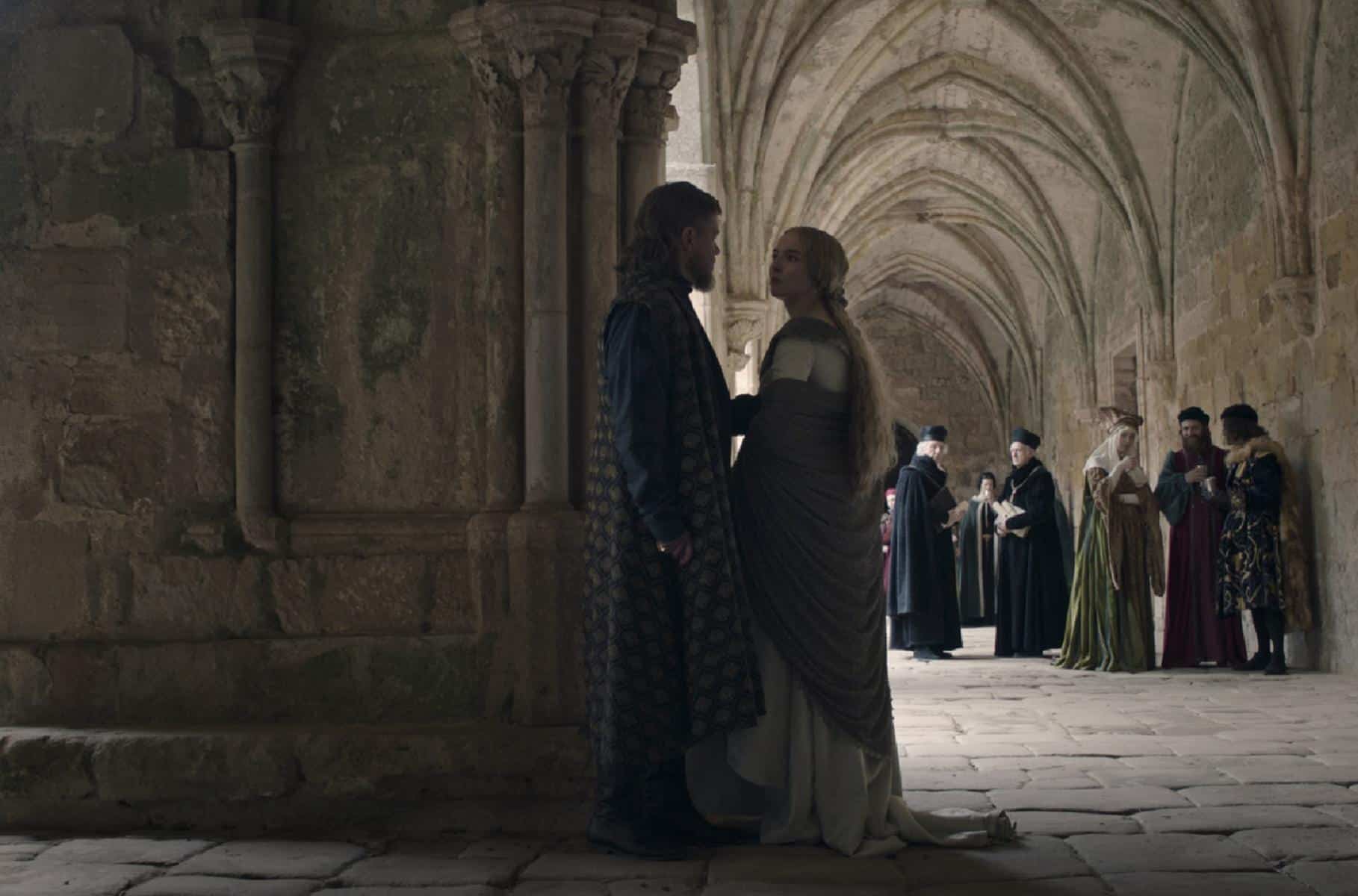 The Story: It is 1386. Knight Jean de Carrouges (Matt Damon) and squire Jacques Le Gris (Adam Driver) are former best friends. They have grown apart because Le Gris has earned the favour of the wealthy and powerful Count Pierre d’Alençon (Ben Affleck), who has a personal distaste for Carrouges. Carrouges, whose wife and son died in a plague, marries Marguerite (Jodie Comer), the daughter of disgraced Lord Robert de Thibouville (Nathaniel Parker). Marguerite claims that while Carrouges was away in battle, Le Gris raped her. Sanctioned by King Charles VI (Alex Lawther) and the Parliament of Paris, Carrouges challenges Le Gris to a duel to the death. If he wins, Carrouges’ name and honour – and that of his wife – remain intact. If he loses, then Le Gris will be proven innocent in the eyes of God, and Marguerite will be burned at the stake. 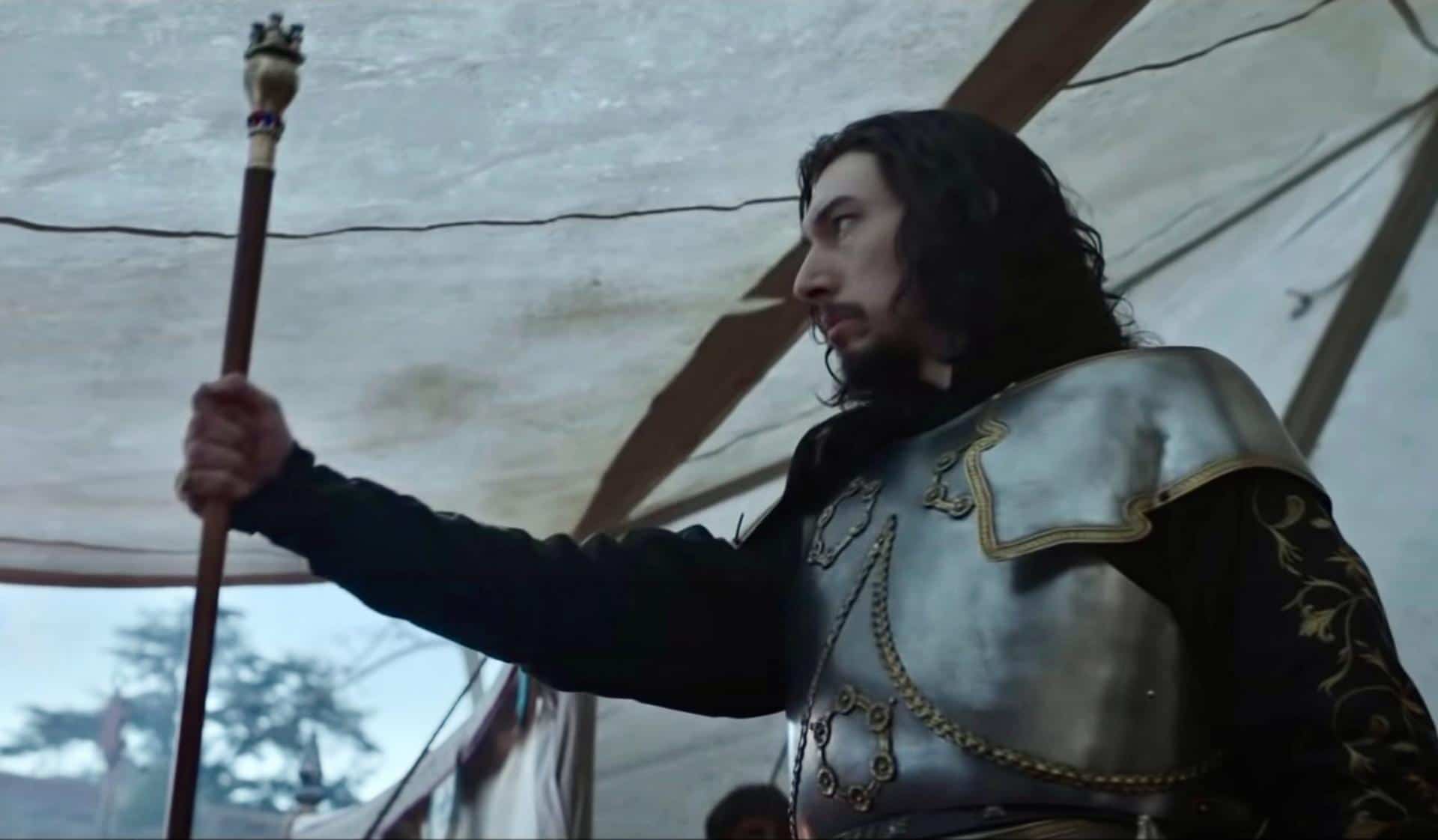 The Good: Scott is a seasoned veteran behind the camera. Not all his films wind up being great, but almost all of them are technically competent, and The Last Duel is no exception. At once grand and grimy, The Last Duel sees Scott in historical epic mode, bringing the likes of Gladiator and Kingdom of Heaven to mind. Alongside frequent collaborators like cinematographer Dariusz Wolski, production designer Arthur Max and costume designer Janty Yates, Scott assembles a serious, big-budget movie aimed squarely at grown-ups. Various historical locations in Ireland and France lend the movie its scale, even if experts are bound to find myriad inaccuracies in the costuming and other details. 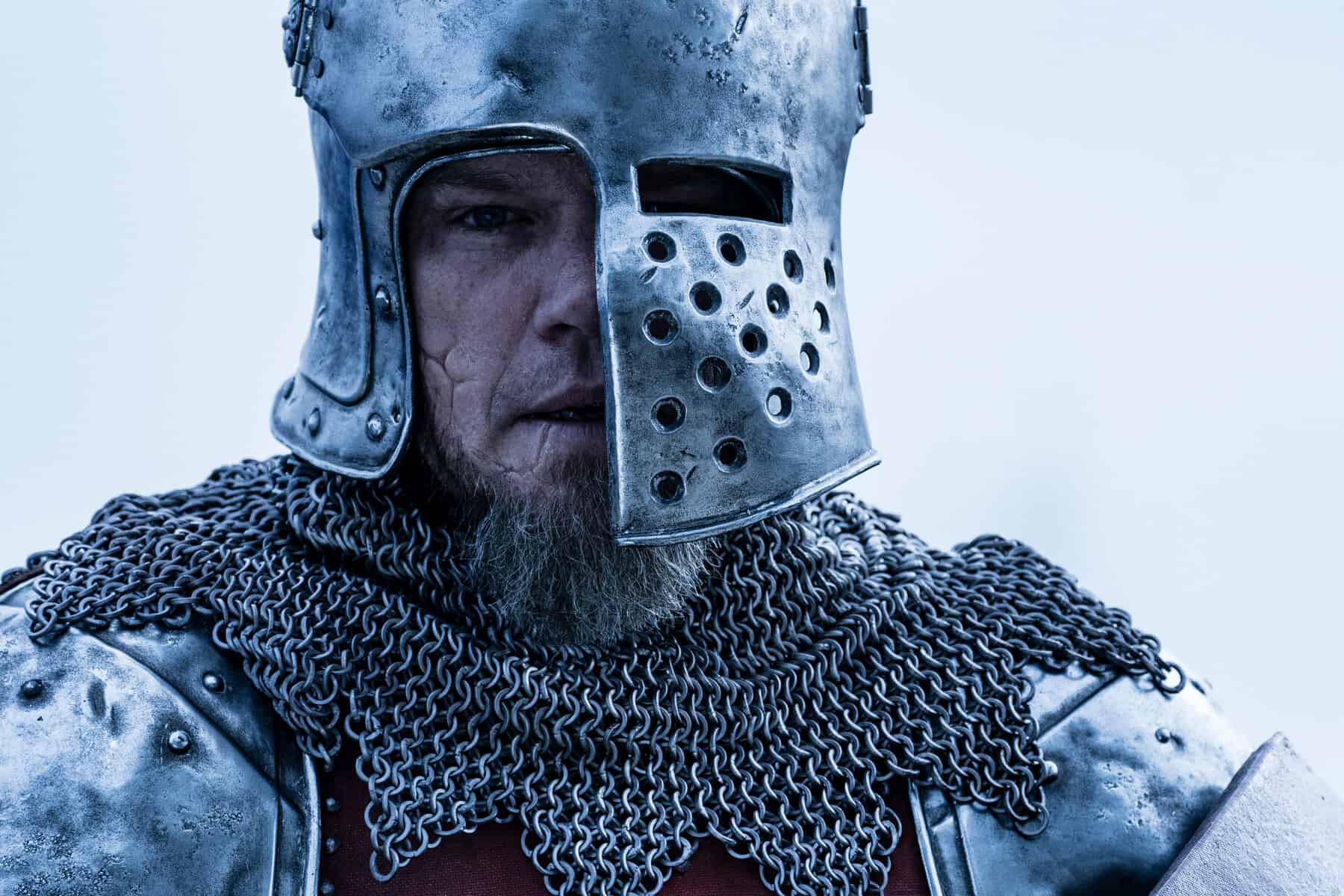 The story is a fascinating and important one, and even if the movie falls short in certain areas, there is a serious attempt to do the historical subject matter justice. The movie takes its time and is divided into three chapters before getting to the duel, telling the story from Carrouges’, Le Gris’ and Marguerite’s points of view, ensuring that we get to know each of the players well before the climactic, grisly and intense titular sequence. Adapted from The Last Duel: A True Story of Trial by Combat in Medieval France by medieval literature expert Eric Jager, the script is credited to Nicole Holofcener, Matt Damon and Ben Affleck. Damon and Affleck wrote the perspectives of the men, while Holofcener wrote the perspective of the woman.

The Not So Good: This is a movie about the repercussions in the wake of a woman’s sexual assault – more specifically, a woman who decides that in the wake of her sexual assault, she cannot stay silent. It must be noted that the film contains graphic depictions of sexual assault, and how necessary such depictions are in films specifically about the topic is something that’s often debated about. The tagline declares this is “the true story of the woman who defied a nation and made history”. However, the actress playing said woman is third-billed. While the movie certainly devotes time and attention to Marguerite and to her interiority, she mostly takes a backseat to Carrouges and Le Gris, and by the time we get to the section of the movie telling her side of the story, it is more than halfway into the 153-minute runtime. There is also a perhaps unavoidable silliness in a movie of this nature, in which haircuts and accents are inevitably distracting. Scott prevents the proceedings from ever getting too jarring, but there are moments which come off as stilted and unnatural. The downside of Scott’s professionalism is his movies sometimes feel dispassionate, and while there is an intensity to The Last Duel that draws viewers in, it also feels like he isn’t as personally invested in the material as he could be. 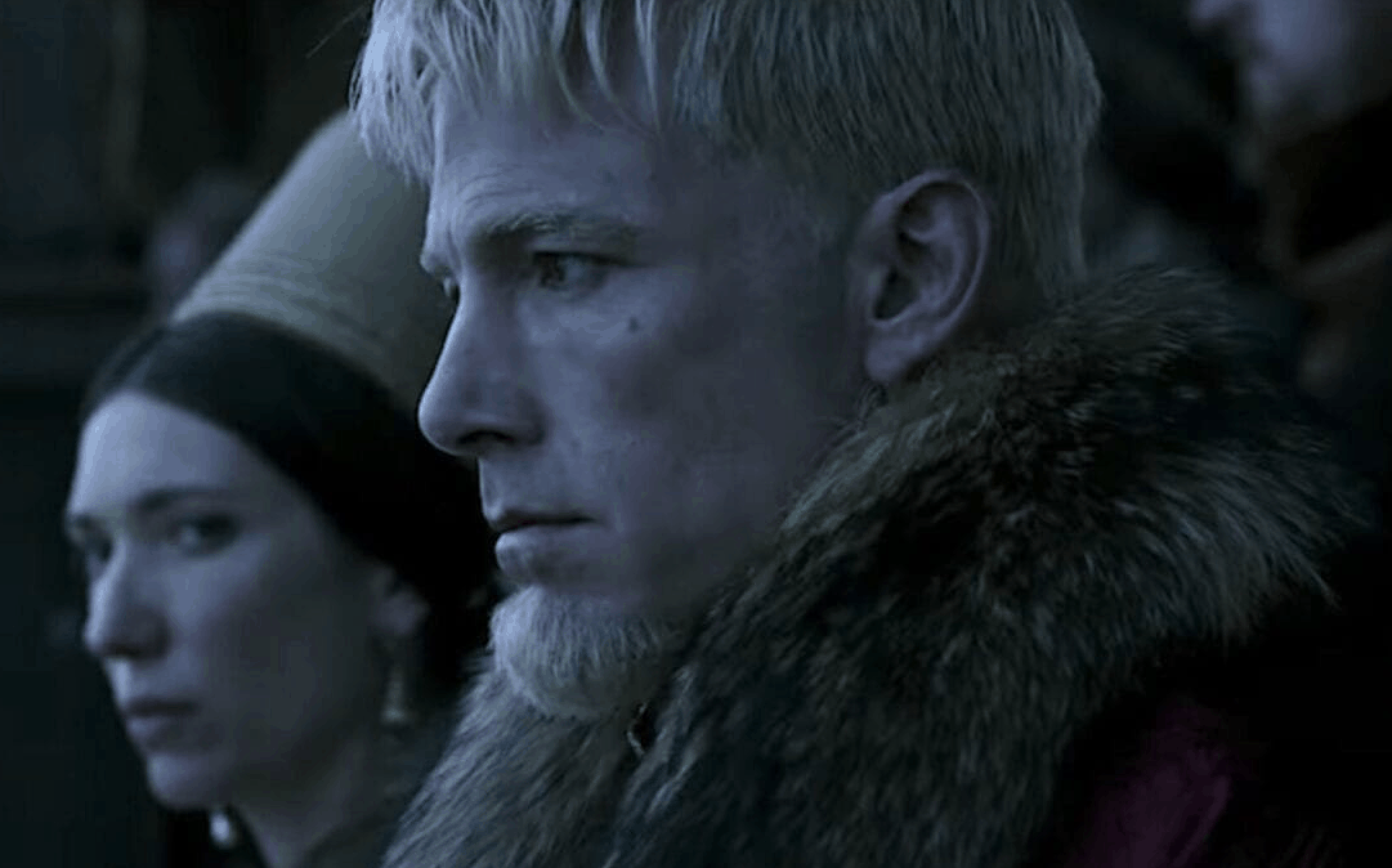 Good Will Jousting: Damon and Affleck are oft-collaborators and long-time friends. The last time they co-wrote a screenplay, it was for the Oscar-winning Good Will Hunting. As such, there was some anticipation over their first collaboration as writers in 24 years. Unfortunately, Damon comes off as miscast, often feeling like he doesn’t fit the period – especially in comparison to Adam Driver, who carries himself much better in the costumes and surroundings. Affleck’s character, essentially a rich, hard-partying frat boy, seems deliberately anachronistic and he is having fun with it. Their involvement in this film is simultaneously distracting and somewhat novel. While they cannot be directly blamed for it, it is worth remembering that Affleck and Damon owe much of Good Will Hunting’s success to producer Harvey Weinstein, so perhaps it is not a coincidence that they are making a film about a survivor of sexual assault, even if theirs are far from the most pertinent voices on the matter. 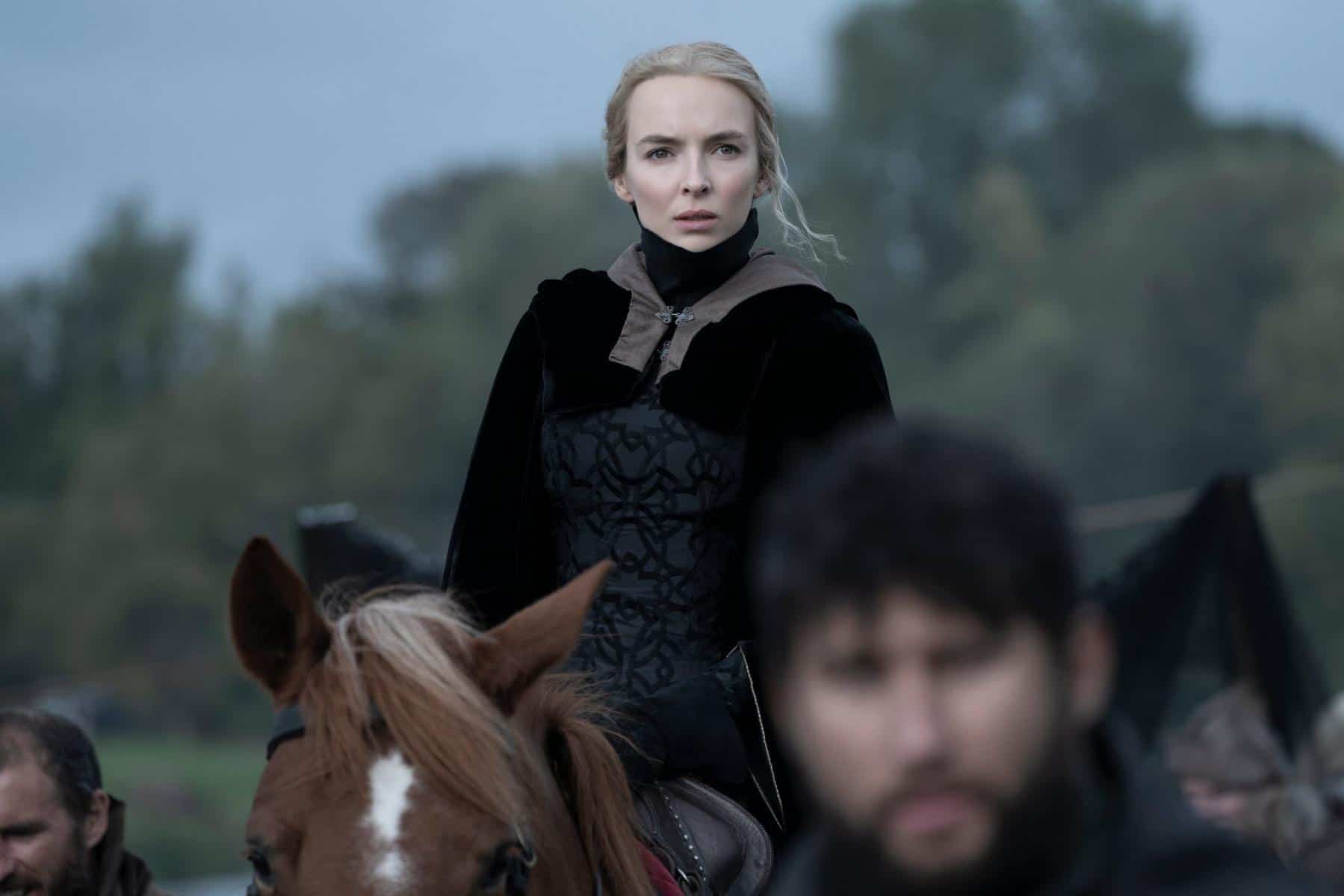 The woman in question: Jodie Comer is far and away the best part of the movie. With Free Guy and The Last Duel in the same year, Comer is poised for big screen superstardom. In the section scripted by Holofcener, Comer shines. Her Marguerite is an intelligent, hardworking person who challenges the conventions of the time. She deals with not just being raped, but also with the constant pressure of needing to bear her husband a son. In one particularly wrenching scene, Marguerite’s mother-in-law chastises her for speaking out about the rape, saying she herself was raped but stayed silent so as not to cause trouble. The Last Duel is the most effective when it highlights how much has changed, but depressingly, much has not.

Recommended? Yes. Often intense and thrilling even if it could use more nuance, The Last Duel tells a fascinating story in grand fashion.