Disney recently took us to a vividly-imagined concrete jungle with Zootopia. Now, it’s time for a sojourn to a jungle of a more traditional sort. Mowgli (Sethi) is a human boy, or ‘man-cub’, raised by a pack of wolves led by Raksha (Nyong’o) and Akela (Esposito). The panther Bagheera (Kingsley) brought Mowgli to them when the man cub was but an infant. The powerful, menacing tiger Shere Khan (Elba) is disgusted by the presence of man in the jungle, threatening Raksha and Akela. Mowgli voluntarily leaves his adoptive family, Bagheera guiding him back to a human village. Along the way, he befriends Baloo (Murray) the bear, and encounters less friendly creatures in the form of Kaa (Johansson) the python and King Louie (Walken) the Gigantopithecus. Mowgli must come to terms with his identity as Shere Khan stops at nothing in his bloodthirsty hunt for the man-cub. 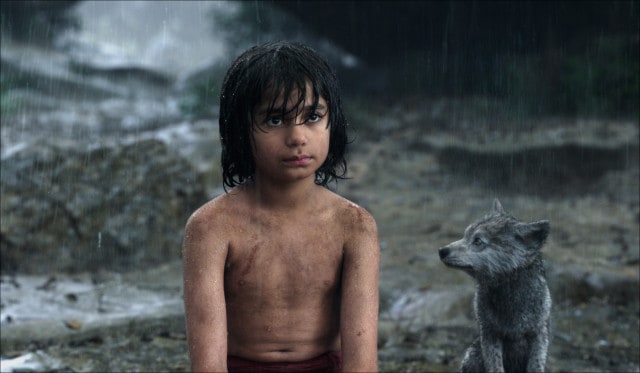 The Jungle Book is a remake of the classic 1967 animated film, which in turn was an adaptation of Rudyard Kipling’s collected stories. For those worried that this is yet another pointless grim and gritty remake, rest assured that The Jungle Book is plenty of fun. There are also stakes and a good deal of peril, but these are necessary ingredients in any riveting adventure. This might seem an odd thing to say, considering the countless times Kipling’s stories have been adapted, but there’s a certain freshness about this take on The Jungle Book. Justin Marks’ screenplay is focused and coherent, incorporating just the right amount of Kipling-isms. Director Jon Favreau manages to deliver just the right dose of nostalgia for those who hold the cartoon movie near and dear, while also delivering breath-taking scale and pulse-pounding action sequences that are awe-inspiring in 3D. 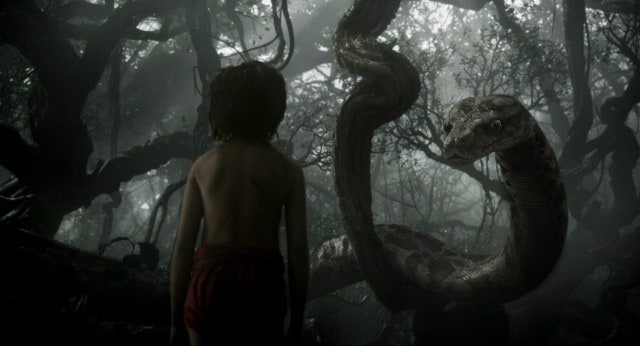 Not only are the animals fully computer-generated, the backgrounds are as well. This is an excellent example of new ground in filmmaking technology being broken not merely for the sake of it, but in service of a good story. The visual effects were primarily created by the Moving Picture Company and Weta Digital, with Avatar’s Robert Legato serving as one of the visual effects supervisors. Favreau made the choice to have the animal characters created via key-frame animation instead of relying on performance capture, in an effort to avoid the highly undesirable “uncanny valley” effect. The animal acting on display here rivals that seen in Rise and Dawn of the Planet of the Apes. There’s life and nuance; the characters becoming far more than a mere assemblage of soulless voxels. You’d think talking animals in a realistic setting might pull the viewer out of it, but The Jungle Book draws one in, and the viewer soon forgets that all of this was built in a computer. 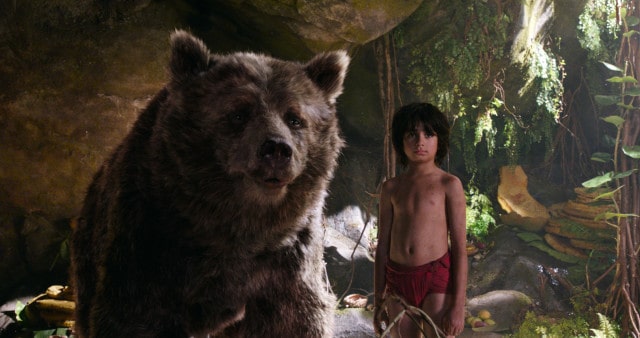 A great deal rests on newcomer Sethi’s slight shoulders; the child actor picked from over 2000 hopefuls in an “exhaustive worldwide search”. Quite a lot is demanded from Sethi, who is the sole human being onscreen for the bulk of the film. Jim Henson’s Creature Shop built life-sized animatronic animal puppets for Sethi to react to in order to aid his performance, so he wasn’t exactly “acting against nothing”, but that’s not to take away from the how challenging the role is. There are some spots where this reviewer found Sethi lacklustre, overshadowed by the dazzling imagery around him, but all things considered, it’s a commendable performance. 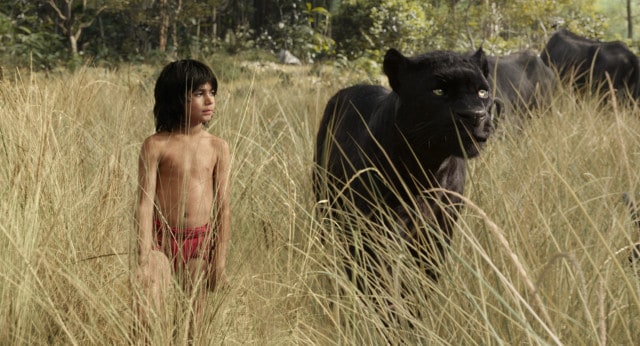 The star-studded voice ensemble Favreau has gathered may seem gimmicky, until one realises how perfect each actor is for their respective characters. Kingsley brings dignity and warmth to the watchful Bagheera, while Murray’s lackadaisical charm and casual friendliness ensures Baloo is as loveable as ever. It’s very easy to believe that Elba’s baritone would emanate from a fearsome tiger and his impactful turn as Shere Khan is terrifying yet restrained, making for a worthy villain. 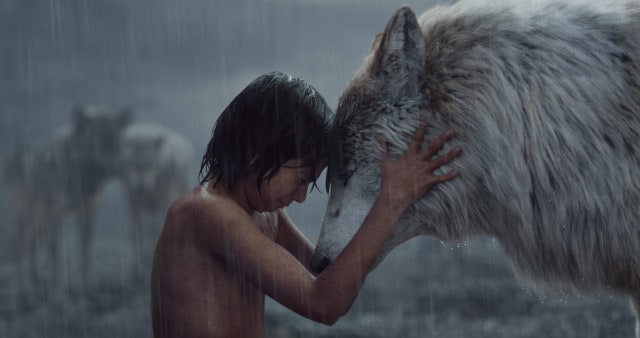 Nyong’o is a luminous presence onscreen, and just her voice has almost the same effect. Raksha’s bond with Mowgli provides some of the film’s most heartfelt moments; her kindness standing in contrast with Esposito’s sternness as Akela. Johansson gets just one scene, but she puts that husky femme fatale timbre to fantastic use. This film’s realisation of Kaa’s hypnotic gaze is also delightfully effective. King Louie is characterised like a mob kingpin; Walken supremely entertaining yet also subtly sinister as the orangutan-like Gigantopithecus. There’s also a great in-joke: right before meeting King Louie, Mowgli picks up a cowbell; a sly reference to Walken’s famous “needs more cowbell” sketch on Saturday Night Live. 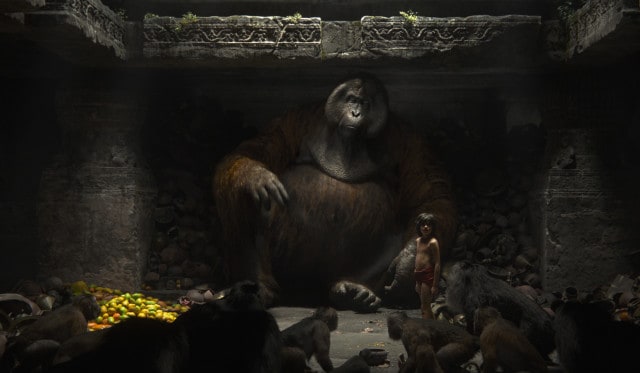 Any number of things could have gone horribly wrong with this version of The Jungle Book: the tone could’ve been too grave, the animals could’ve looked silly, the references to the cartoon could’ve been clumsy, the cast could’ve comprised big-name stars who weren’t great voice actors, this list goes on. Favreau has managed to avoid a large number of pitfalls and we’re sure many audiences will be extremely pleased that the iconic songs “The Bare Necessities” and “I Wanna Be Like You” weren’t excised; the latter featuring revised lyrics by Richard M. Sherman. This Jungle doesn’t merely rumble, it rocks. 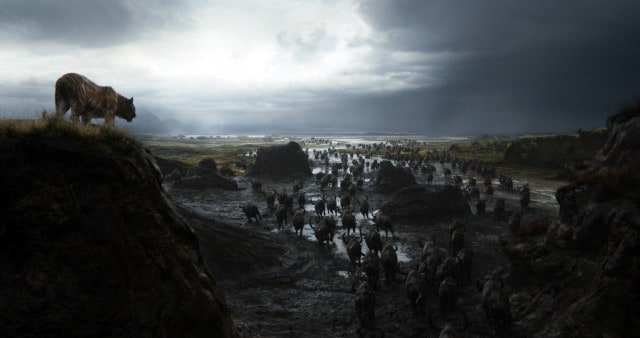