The Greatest Showman is director Michael Gracey and his crew’s shout-out to every misfit in the society to never hide from their true selves because that’s the only way they survive. We follow P.T. Barnum, the son of a tailor, supposedly a lowly job in late 19th century America, who grows up into a businessman and showman of a circus troupe.

After Hugh Jackman’s performance in Les Misérables, it’s hard to deny that he can sing, apart from wielding his signature claws as Wolverine. Despite his age, Jackman passes off pretty well as a thirty-something P.T. Barnum, an indicator of his health and fitness. His journey from rags to riches and back to rags is inspiring and scary because of how easily our emotions can make or break us.

Behind every reckless male character, there has to be a loving partner who acts as a moral compass. Michelle Williams is P.T.’s wife, Charity, who is born into a family of considerable wealth and falls in love with P.T. since childhood. Although she knows life will be hard, she’s always a supporting force for her man and Williams captures that intricately even with the little screen time she has. 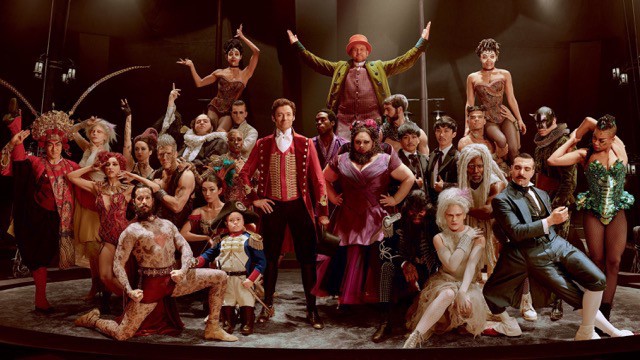 The Greatest Showman ranks pretty well among the other huge musicals in the songwriting department, especially the darker songs such as Never Enough and Tight Rope.

Speaking of Never Enough, vocals with compliments from The Voice Season 3’s finalist, Loren Allred, Rebecca Ferguson performs such a great job you would think she actually sang it herself. That said, Ferguson, who plays Jenny Lind, a whole-of-Europe famous opera singer, looks and is stunning in her role, upholding the character’s poise aptly and convincingly.

High-school musical star Zac Efron didn’t disappoint with his part as Philip, the son of an elite class family who constantly panders to his parents’ high expectations of him. What stands out the most, though, is his chemistry with Zendaya, the actress behind Anne, a trapeze performer in P. T.’s troupe. They performed trapeze stunts while singing Rewrite The Stars, a song dedicated to couples born from contrasting family backgrounds.

With the plethora of original soundtracks in The Greatest Showman, it’s hard to pick a favourite. However, if it’s one song that will appeal to all walks of life, it would be A Million Dreams. The lyrics of the song accompanied by the visuals on screen are easily relatable by anyone – the curiosity of adolescents and how full of dreams and hope they always are. This is a film for the family and all who love a heartwarming albeit predictable story.

Summary: A musical that will blow you away with its magical songs and brilliantly choreographed dances, it’s a simple story about accepting who we are is always better than pretending we’re more.