As children, many of us were taught that lying is bad – that, in any given situation, it’s always better to be honest. Of course, growing up has shown us that this childhood dictum doesn’t always hold true. As The Good Lie takes pains to explain, there are moments when a lie has positive consequences that outweigh the telling of it. In fact, there’s just such a lie embedded in the marketing campaign for Philippe Falardeau’s earnest if occasionally overwrought film: that Reese Witherspoon is the star and central character of the movie. Witherspoon’s name and pretty face on the poster will, of course, bring in audiences, but she’s really not the main attraction here. Instead, her top billing for the film will bring attention to the far worthier and more riveting story of the Lost Boys of Sudan, refugees to America from a land brutally torn apart by civil war. 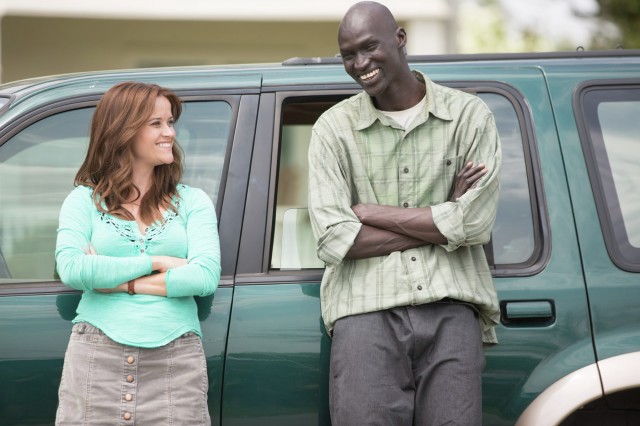 The lives of the children of Sudan are fraught with dangers and horrors – before the age of twelve, they endure war, famine, death and deprivation, with only the faint prospect of leaving their country to start afresh somewhere new. Mamere (Oceng), with his sister Abital (Wiel) and brothers-in-arms Jeremiah (Duany) and Paul (Jal), gets that chance – but only after losing too much of his innocence and blood to a battle he should never have had to fight. The promise of a new home and freedom, however, come neither freely nor easily. Mamere is helpless to prevent the bureaucracy of the system from taking his sister to another state in America, and culture shock lingers in every corner and around every turn.

It’s easy to see why Falardeau was asked to make his English-language debut with The Good Lie. His previous effort, the bittersweet Monsieur Lazhar, dealt impressively with issues of displacement, loss and identity, and won him an Oscar nomination for Best Foreign Language Film in the process. Falardeau displays the same sensitivity with the quartet at the heart of his latest film, giving each character a personality and heart beyond the labels and paperwork more easily affixed to them. He understands the irony facing these young men: the notion that they’ve lived through guns and hunger, only to be flummoxed by bureaucrats and capitalism. 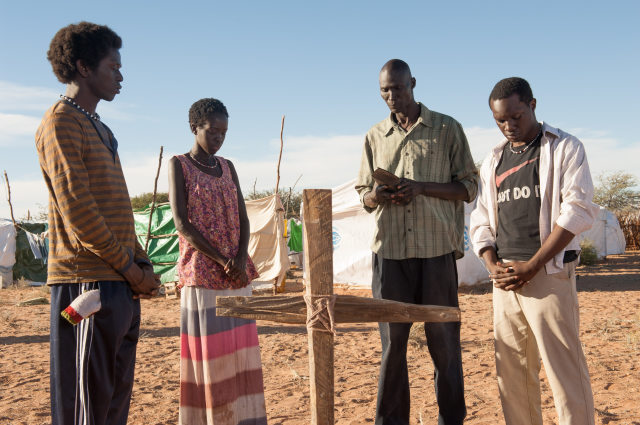 The film could easily have tipped over into a self-congratulatory farce, painting Carrie Davis (Witherspoon) – the boys’ employment agent – as the pretty white-girl saviour of these savages from the third world. But Falardeau instead teases out the myriad ways in which their new lives are better, but also possibly worse than, what they left behind. He finds these tragic contradictions in the wide-eyed manner in which they respond to their new homeland: the way Jeremiah revolts at the casual, easy wastage of produce in the supermarket where he stocks the shelves, and the manner in which these boys simply cannot believe that Carrie is genuinely taking care of herself with neither father, husband, brother nor son on hand.

Coupled with the very good work done by Falardeau’s young cast (especially Oceng and Wiel), it becomes almost easy to overlook The Good Lie‘s relatively predictable script by Margaret Nagle. There are a few hard-hitting moments, particularly when Mamere struggles beneath the weight of guilt that comes with being alive because others close to him have died, but no real surprises. It’s no doubt a film that deals with painful, difficult issues and politics, but it does so in such an earnest way that it winds up feeling safe and comfortable. There’s nothing wrong with that, per se, but it does mean that the fairly optimistic fiction of the film winds up being all too easily separated from the far gloomier facts of the matter. 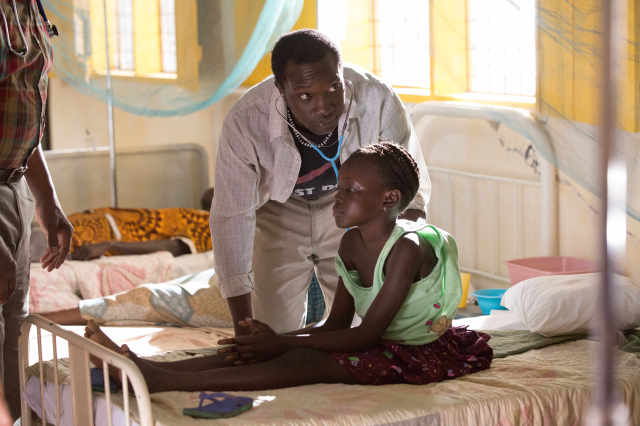 That being said, if what you’d prefer is a grittier, less starry-eyed version of events, there are documentaries – such as Lost Boys Of Sudan – which touch on the same issues and history with less of the Hollywood gloss and sparkle. Anyone watching The Good Lie should expect a sweeter, more predictable story, albeit one which also manages to find the sad, sobering truth to the prejudices and politics faced by these young men and women everyday.

Summary: A Hollywood twist on sobering real-life events, but one with enough depth to inform as well as entertain.