There’s really nothing like a nice little disaster to provide the wake-up calls we so desperately need. Take the 2008 financial crisis, for example. It took millions of foreclosures and defaulted mortgages for the world to finally realise how idiotic it had been to let the big boys of finance romp around unimpeded. Unfortunately, there’s also nothing quite like the human propensity to relapse in the absence of constant stimulation and reminders. Seven years after the cataclysmic collapse, people have moved on to be terrorised by fresher crises (hello ISIS) under the impression that the banking problem has been solved. Nope. That’s where films like The Big Short come in. Smart, humourous and sobering in equal proportion, The Big Short will reawaken in you a healthy suspicion of your investment banker, all the while still offering up that elusive brand of movie magic by the truckloads. This is literally Hollywood at its crusading best. 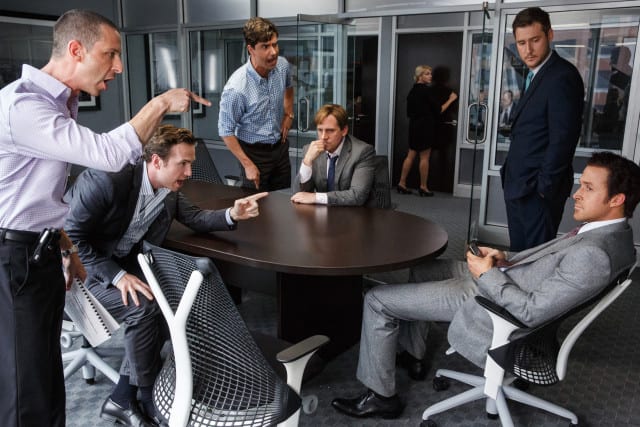 Based on Michael Lewis’ book of the same name, The Big Short chronicles the exploits of five doomsayers who anticipated the approaching apocalypse amidst a sea of derision and scorn: hedge fund managers Michael Burry (Christian Bale) and Mark Baum (Steve Carell), trader Jared Vennett (Ryan Gosling) and upstart investors Charlie Geller (John Magaro) and Jamie Shipley (Finn Wittrock). Everyone knows what the ending to this particular story is, but far fewer know what exactly perpetuated the most epic global meltdown in recent memory. Let The Big Short enlighten you, as the five men navigate a financial storm with only their wits, business acumen and millions of dollars of investment capital at their disposal. 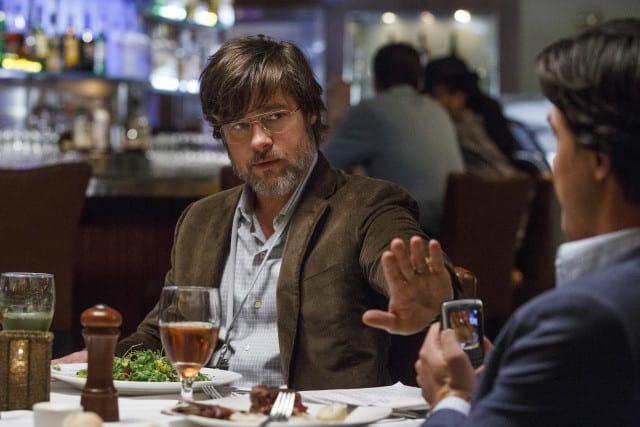 Don’t be expecting some Ocean’s Eleven­-like grand team-up, though, even if Brad Pitt does pop up in a supporting role, as The Big Short is comprised of several separate trajectories that only meet on the grounds of prescience and a common desire to profit from disaster. Even the most altruistic of the central quintet is far from a beatific saint, a fact which the film milks with ironic delight as it conflates its protagonists with the morally bankrupt (heh) bankers they are set up against. The cast does a uniformly brilliant job of playing out their characters, all of whom are based on real-life individuals, but the standout is definitely Steve Carell as the apoplectic Mark Baum. Baum’s frequent meltdowns and short fuse are the source of many of the film’s best comedic moments, yet Carell is able to scale back the histrionics when required to portray Baum’s vulnerabilities. It’s little wonder that the Golden Globes have seen fit to honour him with a nomination in the Best Actor in a Musical or Comedy category alongside cast-mate and perennial awards favourite Bale. 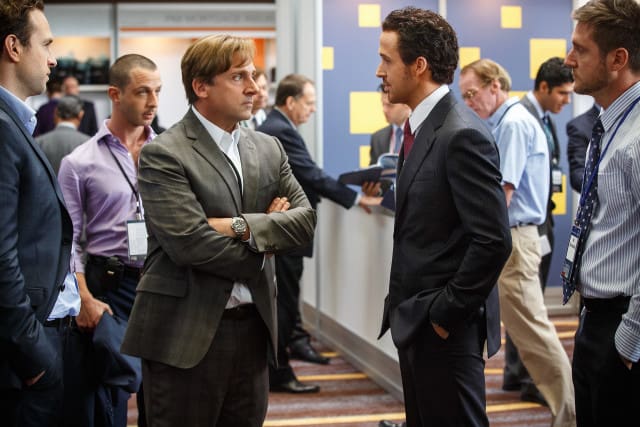 Having a big-name cast is one way to get people interested in a film depicting events they’d rather forget and discussing such choice terms as collateralised debt obligations and credit default swaps, but the film really does go to extraordinary lengths to break down the obscure financial lingo and reel in its audience. There is a palpable sense of purpose and advocacy, as if director-screenwriter Adam McKay has taken it upon himself to let ordinary people everywhere know exactly how they’ve been screwed over by the banks. This gives rise to a series of amusing vignettes where a bunch of celebrities are roped in to help demystify Wall Street jargon with tongue firmly in cheek. The film is replete with such audience-endearing gestures (though Ryan Gosling does not take his shirt off), making you all the more receptive towards the cautionary tale that McKay and company are spinning. 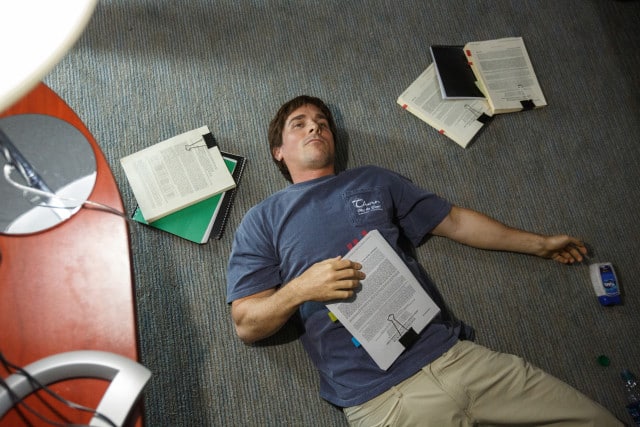 For at its heart, The Big Short is just that. It’s a cautionary tale warning against the perils of both unbridled greed and stupidity, as well as a scathing rebuke of the profligate finance industry. There’s just enough humour and light-heartedness to keep an audience engaged, but the film never forgets its subject matter. Even when you’re laughing at one of Mark Baum’s raging-bull episodes or one of the numerous self-referential wink-winks, the fallout is never very far away. Especial emphasis is given to the plight of the man and woman on the street, the ones whose only mistake was trusting their bankers and brokers, but who ended up paying the price anyway. You will laugh and coo at how disarmingly clever the film can be, but you will also be filled with a sense of horror at how easily the promise of wealth erodes basic human decency. The Big Short balances its comedy, theory and advocacy to utter perfection, and the end product is a film that even Goldilocks would have no choice but to christen ‘just right’.