Bryan Mills (Neeson) or, as we like to call him, “MC Millz with da Skillz”, is back for a third take. This time, he finds himself framed for the murder of his ex-wife Lenore (Janssen) and on the lam from Inspector Frank Dotzler (Whitaker) of the LAPD. It seems Stuart St. John (Scott), whom Lenore married after her divorce with Bryan, might have played a hand in her murder. In addition to evading capture by the authorities, Bryan has to protect his beloved daughter Kim (Grace) and luckily enough has his old pals from his CIA days on his side. 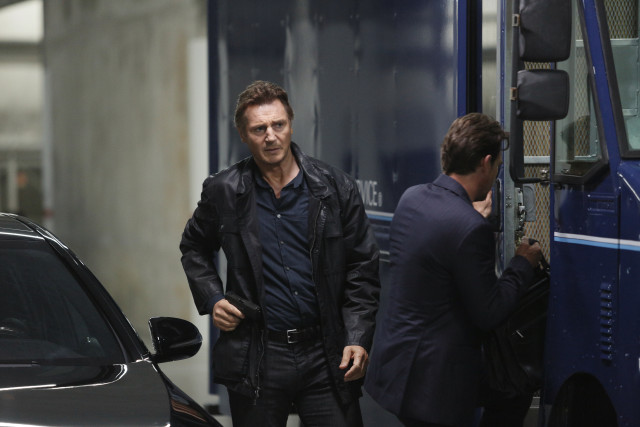 “It ends here”, the tagline on the poster proclaims. If this really is the conclusion to the Taken series, then it ends with a whimper rather than a bang. Taken 3 – or Tak3n, if you prefer – is a rote, derivative affair. This is essentially The Fugitive, with a pursued protagonist who has to prove to the determined cop in charge that he did not kill his wife. The first Taken film drew comparisons to the TV series 24, right down to the names of both protagonists’ daughters being “Kim”. The Los Angeles setting of Taken 3 does not help matters and even in its weaker seasons, the Kiefer Sutherland-starring show managed to be more exciting than this. At least the second film had the setting of Istanbul (following up from Paris in the first one) to set it apart from the action-thriller pack. Olivier Megaton, who helmed the second film and who is probably the most ho-hum director among all of Luc Besson’s disciples, ensures the action is as jumbled and incoherent as ever, packing in the shaky-cam and the whiplash editing. 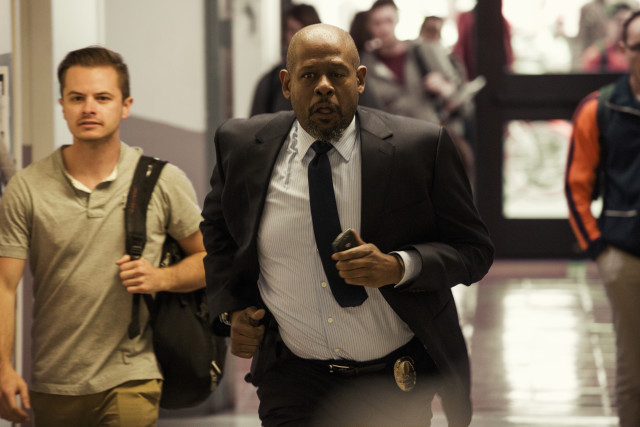 Taken 3’s greatest asset is its always-capable leading man. While Liam Neeson most likely agreed to this just for the paycheck, he looks nowhere near as disinterested and lackadaisical as, say, Bruce Willis in his later-period action films. He’s still believably tough and badass, and that’s got to count for something. Unfortunately, the novelty of seeing the Oscar-calibre actor punching and shooting his way through scores of bad guys has more or less worn off. Forest Whitaker is not good in this; apparently tics like fiddling with a chess piece and an elastic band are acceptable substitutes for any actual characterisation. His Inspector Dotzler is clearly meant to be in the same vein as Tommy Lee Jones’ Samuel Gerard from the afore-mentioned The Fugitive, but Whitaker fails to be even half as compelling. 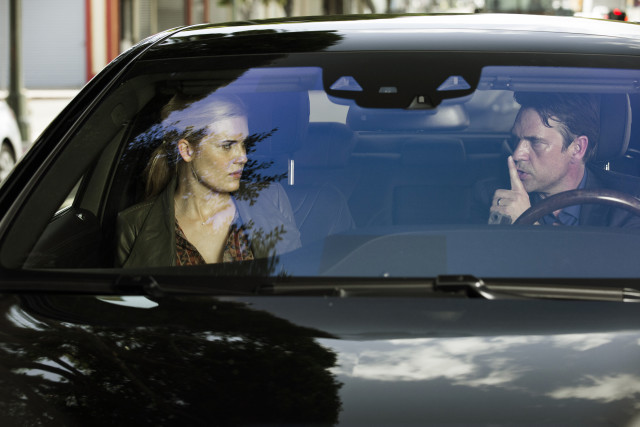 Oddly enough, Dougray Scott replaces Xander Berkeley as Lenore’s estranged husband Stuart – they look nothing alike and this reviewer had to double-check to make sure Stuart was in fact the same character as in the first film. While depicted as merely a milquetoast rich guy in Taken, Taken 3 sees Stuart turn into more of a badass, which is a head-scratch-inducing turn. Sam Spruell, who seems to have become the go-to guy when a Hollywood flick needs someone to play a real creep, is unconvincing as ex-Spetsnaz Russian mob boss Malankov. His lackeys in the film seem to have been found at the bottom of the “generic action movie villain” discount bin. 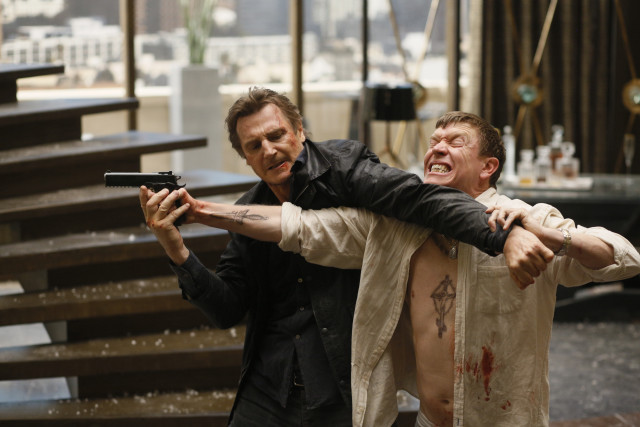 Something this reviewer wanted to see more of from the first two movies was the old CIA pals Bryan hung out at barbeques with. In this film, they do have a larger part to play in the plot, helping Bryan lie low as he is pursued by the long arm of the law. Alas, we don’t exactly get to see them kick ass alongside their former colleague in a “reliving the glory days” kind of team-up action sequence. Writers Luc Besson and Robert Mark Kamen also visibly struggle to figure out what to do with the Kim character. The action scenes are non-descript, it’s middling and uninspired and while it isn’t like the first Taken was some kind of masterpiece, it was at least exhilarating entertainment.

Summary: On the bright side, it looks like we won’t be getting T4ken after this dry re-tread of an action flick.