Tony Jaa has no more time for elephants, only time for consequences in this Hong Kong-Thai action thriller. Jaa plays Chai, a prison guard whose young daughter Sa is battling leukaemia. An unlikely new prisoner lands in the jail where Chai works: Hong Kong undercover cop Kit (Wu), who has had his cover blown while on the trail of organ trafficking kingpin Mr. Hung (Koo). Mr. Hung, himself terminally ill, is in Thailand for a heart transplant to save his life, forcing his younger brother (Jun Kung) to be the donor. Kit’s supervisor and uncle Wah (Yam) tracks his nephew down and travels to Thailand to retrieve him. It turns out that Kit is the only bone marrow match for Sa, so Kit and Chai must become unlikely partners to save their own lives and the life of little Sa as fists and bullets fly. 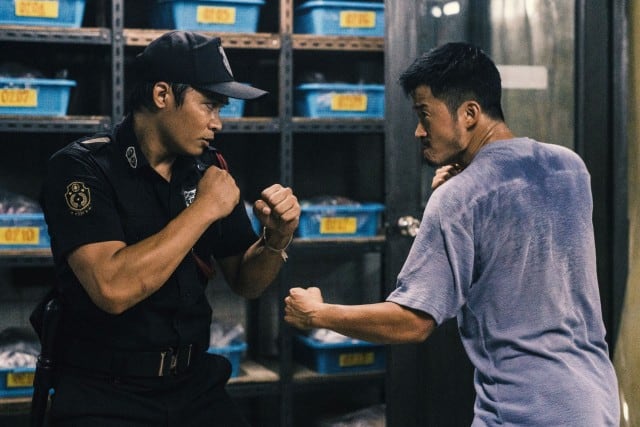 SPL 2 is rather confusingly named – it is almost completely unrelated to the 2005 film SPL, starring Donnie Yen and Sammo Hung, even though both Simon Yam and Wu Jing were in the earlier movie too. This is a ‘spiritual sequel’ i.e., some other script with the “SPL” name slapped onto it. The film’s grammatically-impaired English tagline is “Real action. Real fight.” There are fights aplenty and action director Li Chung Chi choreographs some intense battles, including a shootout at a ferry terminal and a stylish climactic showdown in a pristine high-end medical facility. It is also a boon that Jaa, Wu and Zhang Jin are all highly skilled martial artists in their own rights and are able to perform their own fights. Those looking purely for “real fight”, however, will probably come away slightly disappointed at the usage of stylised wirework for several of the sequences.

While it contains enough fisticuffs to satisfy action junkies, SPL 2 is burdened with an unexpectedly convoluted, labyrinthine story. A key plot device is that of a terminally ill little girl and the search for a bone marrow donor – this seems more at home in a soap opera than in a martial arts flick. The plot has to straddle both Hong Kong and Thailand and this is often done quite clumsily. It seems as if screenwriter Jill Leung Lai-yin was tasked with finding a way to work Jaa into the story and ended up spinning a far knottier yarn that was necessary. This is a film in which the two protagonists do not speak the same language, and have to communicate via smart phone translator app. If that doesn’t drive a wedge into the buddy chemistry, we have no idea what will. 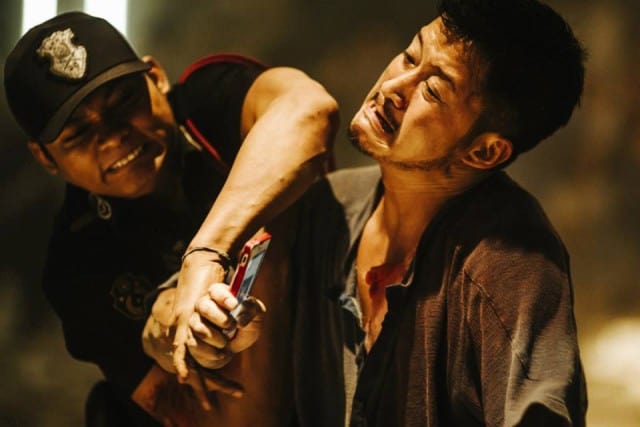 Jaa is very likeable as an action hero and is experiencing something of a career resurgence after completing his stint as a Buddhist monk, making inroads into Hollywood with Fast And Furious 7 and Dolph Lundgren-starrer Skin Trade. He has the earnestness and intensity down pat but, of course, it’s his impressive Muay Thai-trained athleticism that makes more of an impact than anything else. Wu comes from a different martial arts training background and they do complement each other, even though their partnership never feels complete because of the invisible cultural/language barrier that’s always there. Rocking a waistcoat, Zhang is slick and dangerous as the prison warden and main henchman to Mr. Hung. Koo puts aside his usual handsome, healthy appearance as the sickly master criminal; his portrayal is sinister but never wholly threatening. 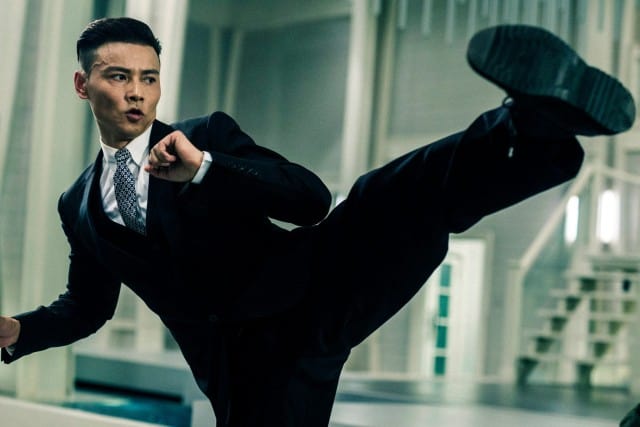 Instead of having a little fun and being truly inventive with the action sequences, SPL 2 takes itself far too seriously – the faux-portentous subtitle “A Time for Consequences” should have been indication enough. Instead of being gritty and hard-hitting, the film is often frustratingly maudlin, melodramatic and hard to follow. The clichéd use of very recognisable pieces of classical music in an attempt to elicit pathos, including Mozart’s Requiem and Vivaldi’s Four Seasons (Summer), further mires the film in unintentional hilarity. The filmmakers clearly had access to the resources and talent to make a truly entertaining, breath-taking martial arts extravaganza, but have instead tangled themselves up in too much plot.

Summary: Even though it contains a fair amount of neatly choreographed action, SPL 2 is slow, difficult to follow and fails to deliver a cohesive team-up between Thai action star Tony Jaa and Chinese action star Wu Jing.