Written and directed by Tzang, Faeryville is a coming-of-age film about a group of teenage misfits who, subjected to frequent bullying, must struggle to find themselves in an increasingly surreal, ambiguous and apathetic world. Set in a fictitious college, Faeryville is about identity and friendship, and explores how victims of bullying are pushed to extremes. 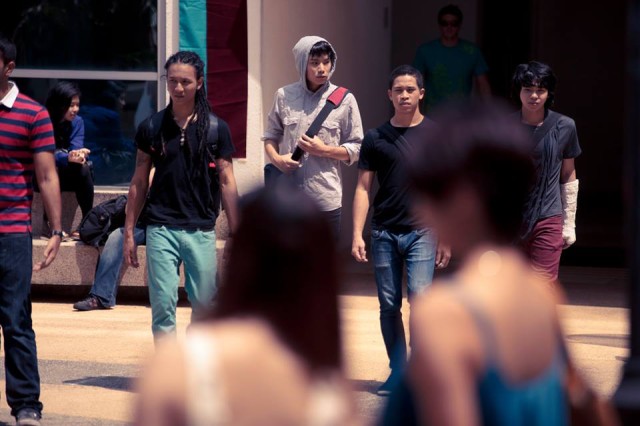 Eight years in the making, Faeryville is Tzang’s first feature film. It follows on the heels of his award-winning featurettes: e’Tzaintes (2003), A Wicked Tale (2005) and V1K1: A Techno Fairytale (2010). Tzang had to do battle with several elements – including budget constraints and inclement weather – to pull the film together.

“It has always been my vision to offer a different kind of imagination for Singapore film. Faeryville is a film set in an alternative universe. It’s a story of teenagers in a fictitious college, tired of trying to fit in, and choosing to prank their oppressors instead, to rebel and fight back – and later, realising how lost they are in their pursuit for meaning and identity,” said Tzang. 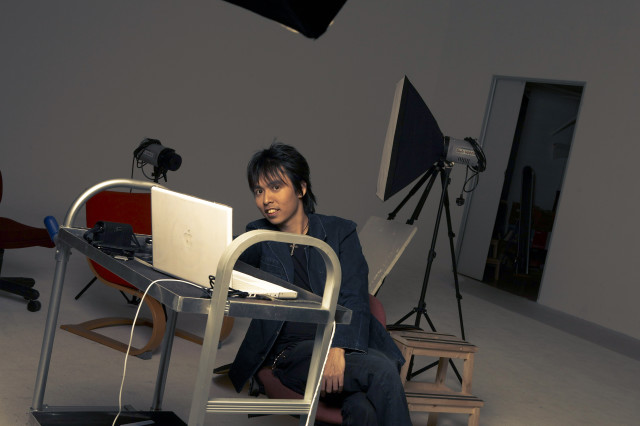 “I’ve known Tzang since 2005… He’s always been very different in his ideas of what film should be. Faeryville is off-the-wall, engaging and unconventional. We’re happy to support his  vision,” said Royston Loh, Editor of F*** Magazine.

Faeryville, a dystopian teen movie from INRI Studio, a local independent film studio, has been picked up for international sales by Eleven Arts, an American film production and distribution company based in Los Angles. The feature film will see its maiden screening at a Red Carpet World Premiere in LA, California, on January 15, 2015, in a yet-to-be-announced theatre, with support from Singapore-based publishing company Sterne & Lears Global Pte Ltd, the publisher of F*** Magazine.

Written and directed by award-winning independent filmmaker Tzang Merwyn Tong, Faeryville is a coming-of-age film about a group of teenage misfits who are often bullied, and how they struggle to find themselves in an increasingly surreal, ambiguous and apathetic world. Set in a fictitious college, Faeryville is about identity and friendship, and explores how victims of bullying are pushed to extremes.

Following the Los Angeles world premiere, Faeryville will kick start its world sales in Europe, at the Rotterdam Film Festival’s CineMart and the Berlin International Film Festival’s European Film Market, with Eleven Arts representing Faeryville as the international sales agent. Faeryville is already enjoying international attention, with offers for territorial rights being made even before the film is launched. INRI Studio is also in negotiations with US partners for possible theatrical release in the US.

The international film premiere of Faeryville, as well as the acquisition by international sales agent Eleven Arts, marks a milestone for filmmaker Tzang Merwyn Tong and his independent Singapore-based studio, INRI Studio. Tzang has made 3 award-winning featurettes: e’Tzaintes (2003), A Wicked Tale (2005), and V1K1: A Techno Fairytale (2010), with e’Tzaintes and A Wicked Tale getting a bit of an cult following in Berlin and Montreal when it was released in 2005 with underground screenings in clubs and indie art spaces. A Wicked Tale, which is a psychoerotic re-imagination of Red Riding Hood, premiered to critical acclaim at the Rotterdam International Film Festival; and was the Closing Night Film at the Montreal FanTasia Film Festival. Tzang is also the youngest Singaporean director to release a film commercially on DVD. 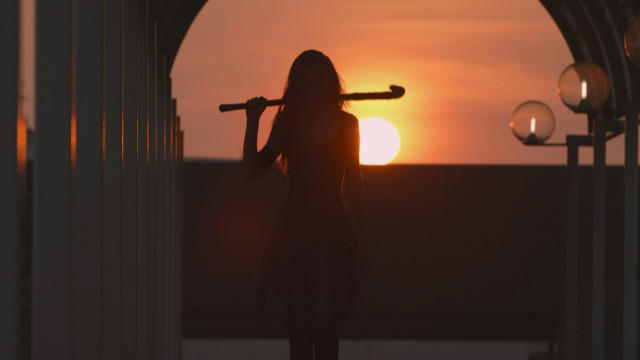 Eight years in the making, Faeryville was very much an underdog battle from pre-production to post-production. From budget constraints and a highly controversial story to a massive thunderstorm that killed the most expensive day of shooting, there were innumerable obstacles in the making of Faeryville. However, true to the underdog, rebel spirit of the film and INRI Studio, director Tzang Merwyn Tong kept going and remained faithful to his vision for Faeryville.

For now, Faeryville is primed and ready for its international debut, followed by world sales in the European film market, with an international sales representative on board. This marks an achievement not just for the filmmaker, but also for Singaporean independent cinema, proving that local independent films can punch above their weight class in the global arena, even without the might of a major international studio behind them.