As another presidential election rears its head, U.S.-Mexico border issues are as hot a topic as ever. The so-called “war on drugs” rages on in this thriller. Emily Blunt plays Kate Macer, an FBI agent from Phoenix, Arizona specialising in kidnap response. Kate is selected to join a task force cracking down on drug-cartel crime on the border. Department of Justice consultant Matt Graver (Brolin) leads the task force, aided by enigmatic mercenary Alejandro (Del Toro), a former prosecutor turned efficient hitman. Kate and her partner Reggie (Daniel Kaluuya) suspect that Matt and Alejandro are not being upfront with them from the start, and Kate soon finds herself dealing with far more than she bargained for as she wades into the murky waters of the escalating conflict on the border. 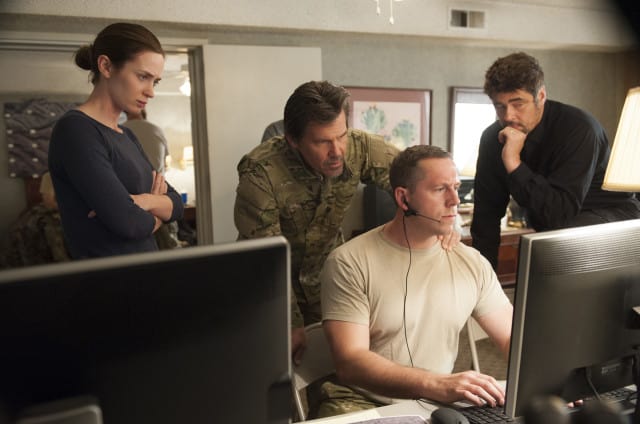 ‘Sicario’ is a slang term for ‘hitman’ that’s widely used in Mexico. The film is directed by Denis Villeneuve, who helmed the kidnapping drama Prisoners and is attached to the upcoming Blade Runner sequel. Sicario is a straight-ahead thriller and markedly different from his last directorial effort, the mind-bending psychological thriller Enemy. Villeneuve presides over the proceedings with an even hand, crafting an intense, slow-burning film. Favouring disquieting “calm before the storm” moments instead of flashy bursts of action, this detached approach means that the film always feels grounded instead of over the top. However, it also means that it might be difficult for some audiences to truly sink their teeth into the story, since, in avoiding heightened spectacle, Sicario is sometimes dull. 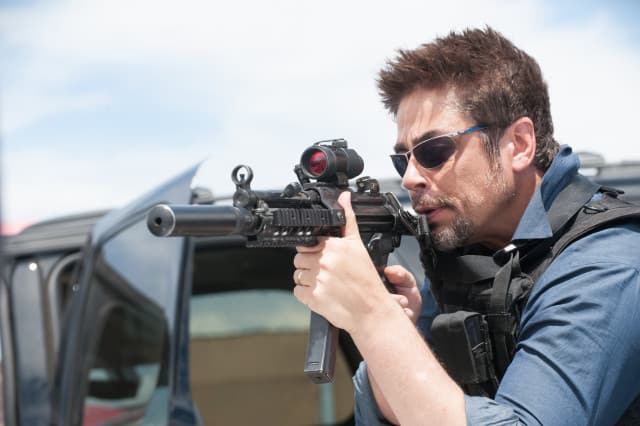 Action movies are a dime a dozen, but interestingly, there has been a dearth of truly serious action thrillers. Most contemporary Hollywood action flicks have a mere veneer of grimness and may be entertaining but are rarely really about anything. The violence here is uncompromising and ugly, never slick and glossy, with mutilated bodies hanging from bridges in full view. Screenwriter Taylor Sheridan consciously avoids over-simplifying the issues at the heart of Sicario. There is a subplot focusing on everyman Mexican cop Silvio (Maximiliano Hernández) and his family, which attempts to show the toll the war on drugs takes on average folk. Border politics and the nature of this particular conflict are anything but clean-cut and Sicario does a good job of reflecting that the concept of a black-and-white morality is an antiquated one and old-fashioned good guys just don’t really exist anymore. 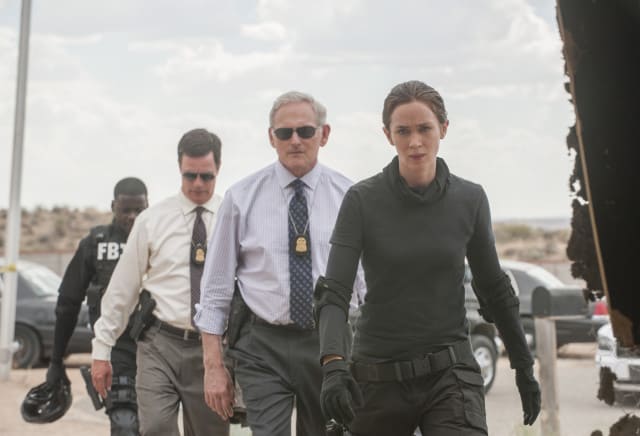 We see this through the eyes of Blunt’s Kate Macer, who goes through the familiar arc of the fresh-faced rookie whose idealism is swiftly eroded when she sees how things actually work. While it isn’t exactly untrodden territory, Blunt is excellent in the role, reminiscent of Jessica Chastain’s performance in Zero Dark Thirty. Kate is not afraid to question authority, although, as the story progresses, she starts to see less and less of a point in doing so. Blunt continues to showcase her versatility and there are several moments when Kate is brought to her knees that could have been overwrought in the hands of a lesser actress. 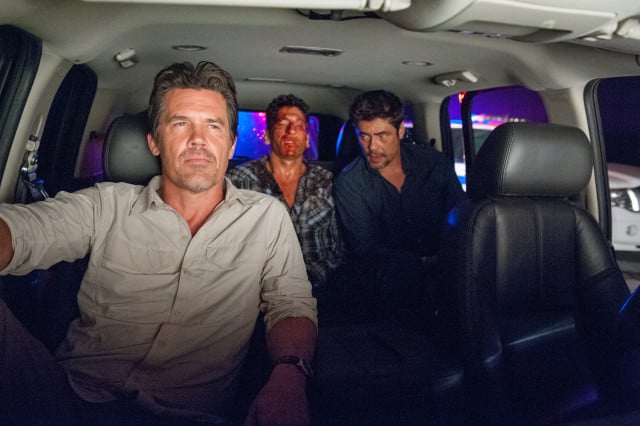 Brolin is right in his element, slyly entertaining as the lackadaisical Matt Graver. He wears flip-flops into serious meetings and doesn’t quite look to be in the best shape, but when he means business, he means business. Del Toro complements him well, his character methodical and deadly but with a vital unpredictable streak. It seems like Del Toro is contractually obligated to appear in almost every drug-trade thriller from Savages to Paradise Lost, but he doesn’t phone it in here. Del Toro brings an intriguing mixture of primal animalistic instinct and an underlying sadness and vulnerability to the part. However, the film does trip up on the age-old storytelling trap of establishing a character as unpredictable and mysterious, so we expect him to do the unexpected and it isn’t so much of a surprise when he does. 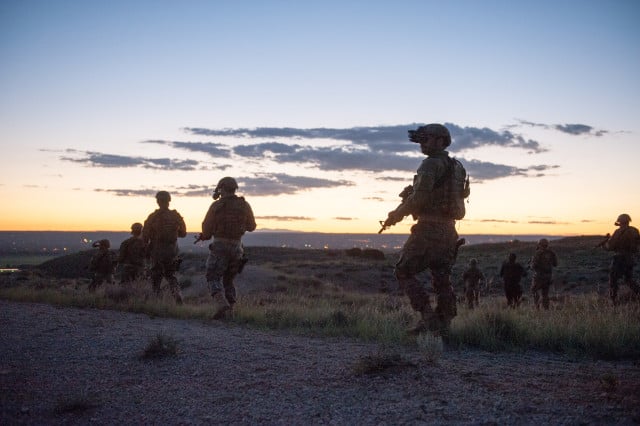 Cinematographer Roger Deakins and composer Jóhann Jóhannsson, who collaborated with Villeneuve on Prisoners, return here. It is not the aerial views of arid desert expanses that have the most impact, but strangely mesmerising shots of dust particles suspended in the air. Jóhannsson’s dissonant, droning score ups the queasiness provided by alternating thermal imaging and night-vision camera points of view. The twists and turns in the story are not as surprising as they could have been, but Sicario is a tough, riveting thriller featuring on-point performances and helmed by a very promising director.

Summary: This subdued, grim thriller is almost too restrained but it is well-acted and sufficiently haunting.