Bill Murray is out to get Afghanistan in the groove in this comedy-drama. Murray plays Richie Lanz, a washed-up rock manager whose glory days are far behind him. When he takes his remaining client Ronnie Smiler (Deschanel) to Afghanistan to perform for American troops, Ronnie abandons him, leaving Richie high and dry, stranded without money and a passport. A seasoned wheeler-dealer, Richie comes into contact with a variety of colourful personalities, including American prostitute Ms. Merci (Hudson), mercenary Bombay Brian (Willis) and cab driver Riza (Moayed). While staying the night as guests of Pashtun elder Tariq Khan (Fahim Fazli), Richie is struck by the remarkable singing voice of Tariq’s daughter Salima (Lubany). Richie makes it his mission to get Salima on the televised singing contest Afghan Star. However, an enormous uphill battle lies ahead of Salima and Richie, as it is forbidden for a Pashtun woman to sing, and doing so is life-threatening. 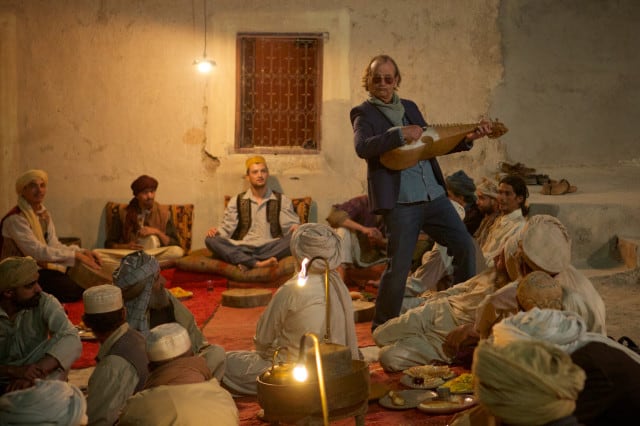 Rock The Kasbah takes its name from The Clash’s song, Rock The Casbah, though that song doesn’t feature in the film. Richie’s daughter informs him that he won’t find any Kasbahs in Afghanistan; the walled citadels are in North Africa. The premise is ripe for both comedy and drama, but the film’s execution does leave a fair amount to be desired. Director Barry Levinson, working from a screenplay by Mitch Glazer, attempts to gingerly balance the big belly-laugh moments with some serious, sensitive thematic elements, and it doesn’t always work. Afghanistan as depicted in Rock The Kasbah plays into all the stereotypes ingrained in Western popular culture: rubble is strewn through the streets, bombings are an everyday occurrence, warlords rock up to villages on horseback packing AK-47s, the whole works. At the same time, there are attempts to subvert said stereotypes and the film is dedicated to real-life Afghan Star contestant Setara Hussainzada, a woman who risked her life to pursue her musical dream.

Rock The Kasbah has something to say, but instead of finding a meaningful way to say it, the film frantically exclaims, “Look! Bill Murray!” in the hopes that audiences will be more forgiving of anything else because of the film’s star. Rock The Kasbah does play to all of Murray’s strengths as a comedic actor. Richie Lanz is an experienced huckster who claims to have discovered Madonna and is eager to regale anyone with tall tales about rubbing elbows with music’s biggest stars. It’s the “lovable scoundrel” archetype through and through. He mangles Deep Purple’s Smoke On The Water while strumming a rubab in front of unamused Pashtun tribal leaders and wakes up tied to the bed in a compromising position after a particularly wild night. Richie Lanz is the brash American abroad who thinks he can talk his way out of anything, and that’s right up Murray’s alley. 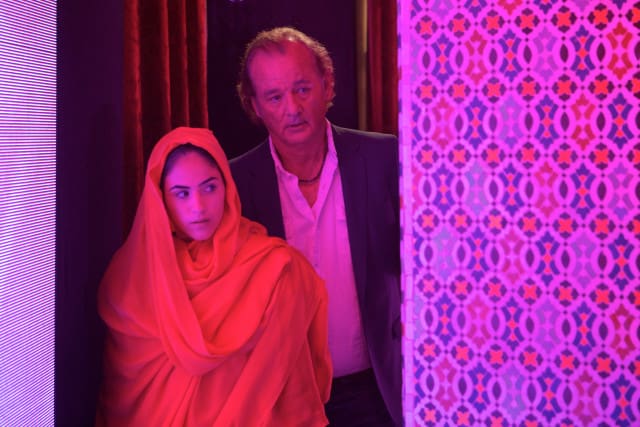 The thing is, this really shouldn’t be a story about Richie Lanz; it should be about Salima Khan, the aspiring songstress. Levinson wants to avoid the standard treacly “fight for your dreams!” angle, even though that story seems like one that can be meaningfully told. Salima is played with quiet dignity and understated vulnerability by Palestinian actress Lubany, who starred in the Oscar-nominated 2013 film Omar. She performs some very pleasant covers of Yusuf Islam (the artist formerly known as Cat Stevens) songs, including Peace Train (this is not a subtle movie), but the focus is never really on Salima’s journey; it’s about the wily American rock manager who helps her along. Naturally, there are other Afghan characters who are positively portrayed, namely Beejan Land’s charismatic and canny Afghan Star host Daoud Sididi and Arian Moayed’s friendly cab driver/translator Riza, but they all play second fiddle to the American characters.

Rock The Kasbah is a reasonably star-studded affair, with big(-ish) names brought in to play what essentially are caricatures. Deschanel’s long-suffering Ronnie Smiler is only in this as a plot catalyst, bailing out on Richie after being fed up with her lack of prospects under his management. Willis brings his comedic chops to bear, though we are disappointed that the movie doesn’t reference his blues singer alter ego, Bruno Radolini. Hudson seems miscast as the temptress “hooker with a heart of gold”, since she’s more sunny than sultry, but she is better here than in many of the sub-par romantic comedies she’s headlined. Rounding out the cast are Danny McBride and Scott Caan as a pair of con-men/arms dealers. They appear to have been inspired by the real-life stoners-turned-gunrunners who are the subjects of the book Arms And The Dudes. 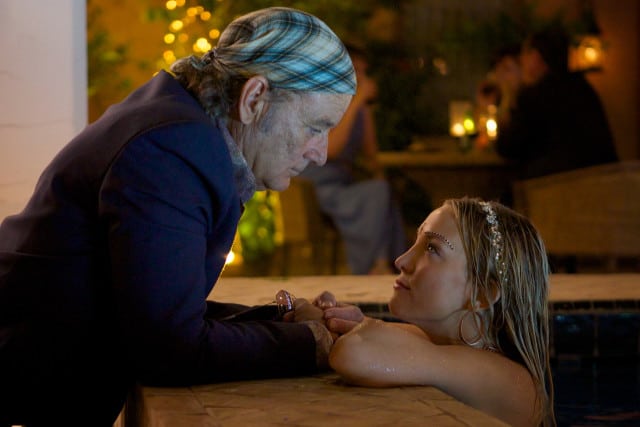 Entertaining and funny but occasionally misguided, Rock The Kasbah seems afraid to dive into the weighty material at hand in order to avoid alienating audiences, counting on Murray to make everything go down smoother. Rock The Kasbah touches on America’s involvement in Afghanistan and the way woman are treated in the Middle East, but coming at this from a humorous angle is about as tricky as it sounds.

Summary: Rock The Kasbah leans heavily on the comic presence of its leading man, sometimes at the expense of meaningfully digging into the themes it sets out to shed light on.