After an immensely successful Confidential Assignment 공조 last year with Hyun-bin (The Negotiation 협상, The Swindlers, Secret Garden), director Kim Seong-hoon and screenwriter Hwang Jo-yoon return with yet another action blockbuster — Rampant 창궐 (literal translation of its Korean title), opening with a phenomenal weekend in its home country, surpassing one million ticket sales.

From the way the bitten humans turn into zombies — cracking and twisting of bones and facial transformation — to their rabid dog-like behaviour, it’s no wonder Rampant is dubbed as the Joseon Dynasty version of Train To Busan. That said, director Kim adds his flair for action flicks to spin this period zombie film into a stunning spectacle of swordplay and gore. 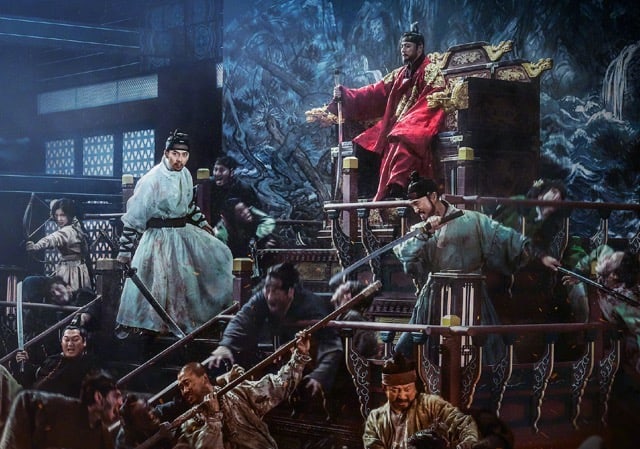 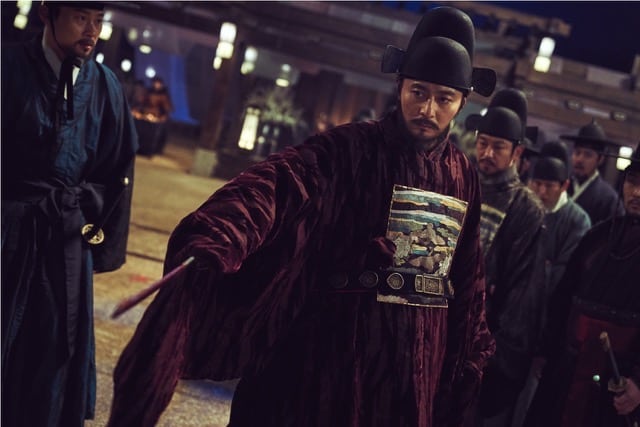 Jang’s performance here is chilling and director Kim gives him enough room to present a convincing adversary for Hyun-bin and sidekicks. He’s sometimes reduced to a caricature of political corruption, though. There’s little to say about Hyun-bin in Rampant, other than him fitting in his role like a glove. He’s best when playing an all-bark-no-bite character with one too many opportunities for funny one-liners and his on-screen charisma.

At some point, though, it felt like the movie is running longer than it should just to rack up the body count for Hyun-bin’s Ganglim to fulfil his mandatory hero’s arc while his companions either sacrifice their lives or watch in awe as he saves the day. 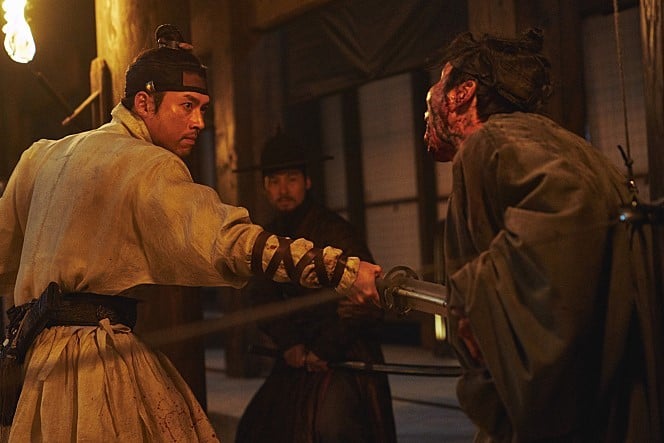 Nevertheless, fans of Hyun-bin and Jang or not, the action sequences and flashy set pieces in the last act make the slightly sluggish 129-minute runtime worth sitting through. Also, some scenes are genuinely horrific and suspenseful, mostly thanks to the fantastic makeup and cinematography by director Kim and his crew.

Above all, the movie doesn’t try too hard to be more than what it is marketed as — a zombie period film with suave, Hanbok-clad Oppas (or Hyungs) facing off each other and a world rampant with zombies. It’s a satisfying Halloween movie if you can forgive its derivativeness of Train To Busan and the more recent period creature film, Monstrum 물귀.