To call it a ‘crowd’ would be a gross understatement. On the evening of Thursday 22nd April, throngs of fans showed up to try to catch a glimpse or, better yet, a coveted selfie with or autograph from the stars of Captain America: Civil War. The Shoppes at Marina Bay Sands (MBS) were overrun with eager folks armed with homemade signs and cheering at the top of their lungs, some of whom had arrived as early as 10 hours before the scheduled start of the event. 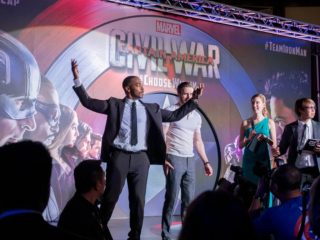 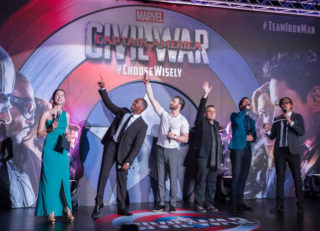 In what must have been a heart-breaking move for any DC fan, a black curtain was set up in front of the DC Super Heroes café that overlooked the Blue Carpet area, out of deference to Marvel. It is perhaps an apt metaphor for how Marvel is pummelling the Distinguished Competition at the Multiplex. 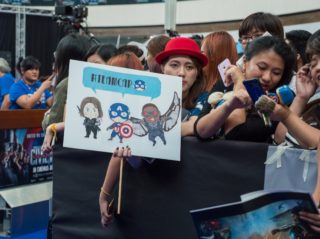 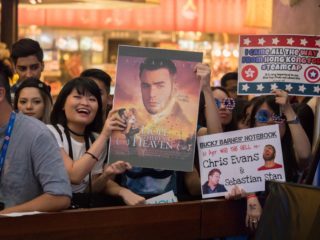 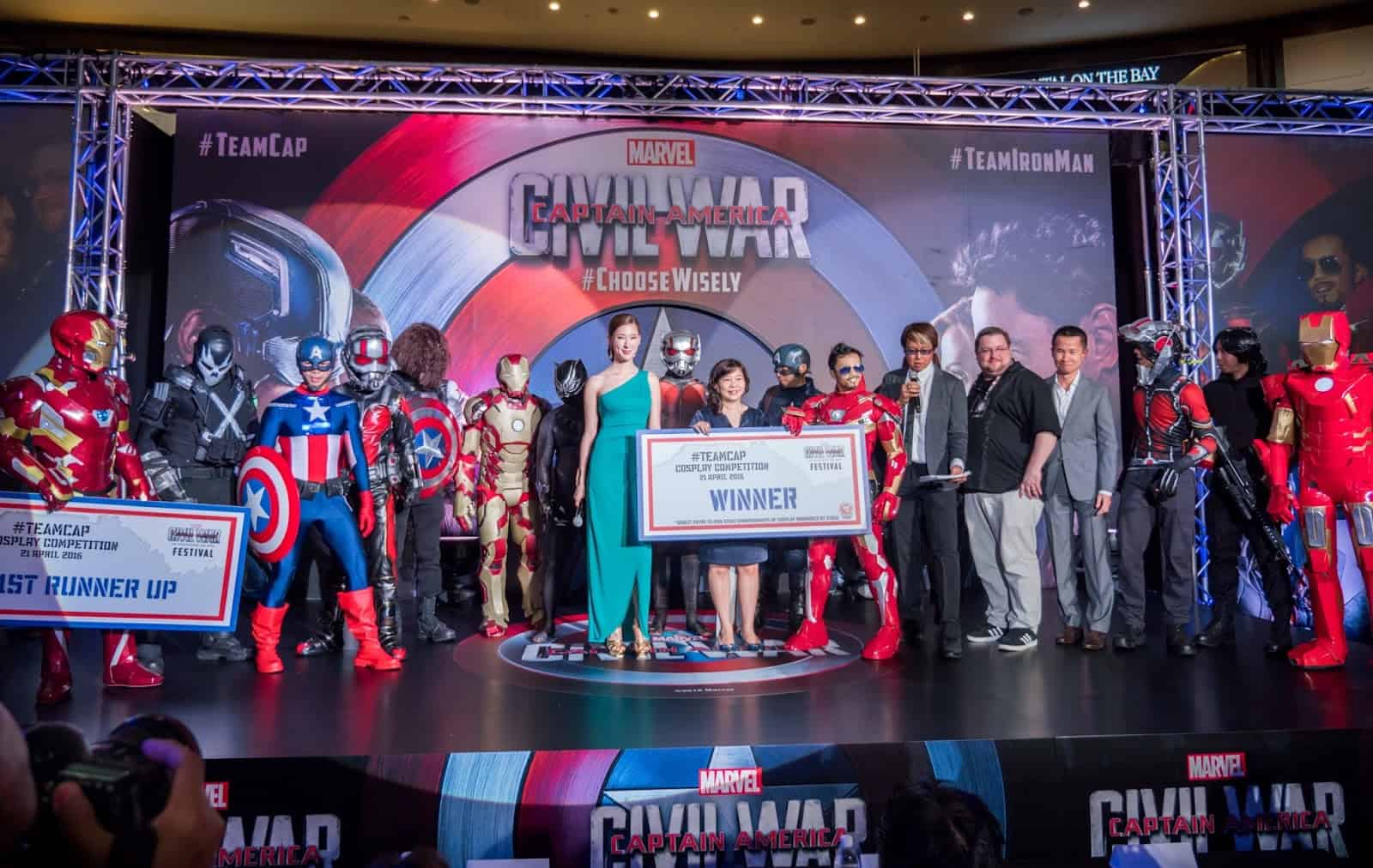 Stan looked more comfortable than he did at the press conference that morning, rocking a striking turquoise suit, with Mackie going for a more classic option. Evans looked like he rolled out of bed, wearing the same shirt and trousers he wore to the press conference – but one could stand to be a little sloppy if one possessed even a fraction of Evans’ pulchritude. 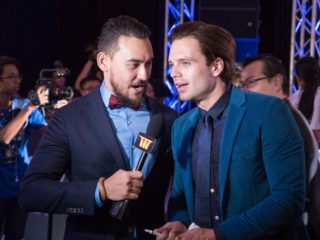 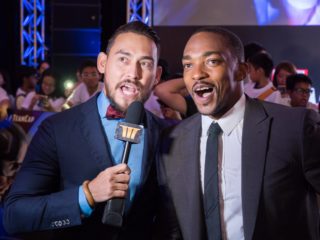 The sale of packages priced at $688 and $1288, including access to the Blue Carpet, had become the talk of the town. It was later clarified that the majority of Blue Carpet passes were being distributed to invited children and teenagers as part of Disney and MBS’ corporate social responsibility initiatives; these children would be invited on stage later. Other recipients included contest winners and VIPs. A limited number of Blue Carpet passes were then bundled together with products like collectible t-shirts, figurines and a one-night stay at the MBS hotel. 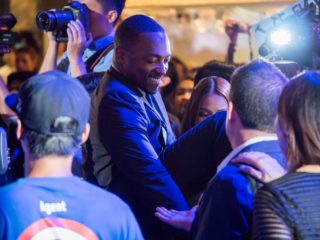 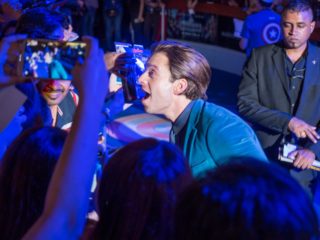 A considerable number of lucky fans who had arrived early enough to stake out a good spot lining the Blue Carpet were able to get the attention of the stars, who made every effort to sign as many autographs and take as many selfies as time would allow. Mackie even leapt over the barricades to reach fans standing several rows back, with Russo following suit. Even though the measures to prevent the average fan from attending weren’t as extreme as previously thought, the layout of the Blue Carpet did make it difficult for those who weren’t journalists or pass-holders to get very close to the stars. 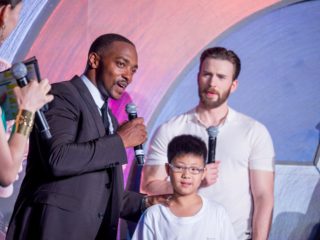 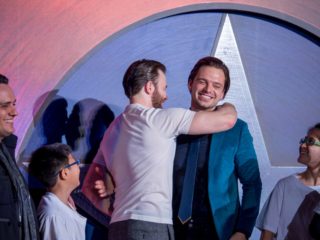 The under-privileged children who were beneficiaries of MBS’ social outreach programs were welcomed onstage, and some got to ask the stars and director their questions. It’s difficult not to be a cynic in the face of such a blithely manipulative display on the part of a big corporation, but the children did seem to be genuinely enjoying themselves and a boy was overwhelmed with joy when Stan carried him up and swung him around. 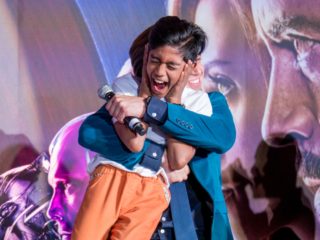 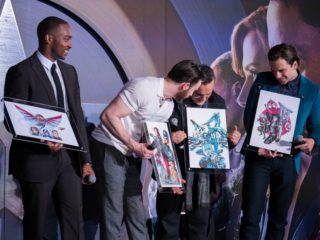 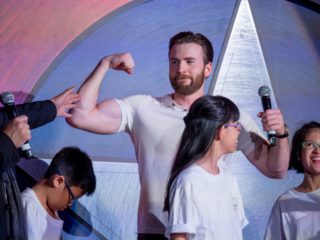 The Team Cap festivities culminate on the night of 22nd April, which will see MBS lit up in red, white and blue, with an accompanying fireworks display as an act of one-upmanship aimed at Team Iron Man, who set a tough act to follow by lighting up the Eiffel Tower in red and gold with glowing blue ‘eye’s during their Paris tour.