The Low-Down: Marvel Cinematic Universe stars Tom Holland and Chris Pratt take a detour into another fantastical realm in this animated adventure comedy from Pixar.

The Story: Holland and Pratt voice elf brothers Ian and Barley Lightfoot respectively. They live with their mother Laurel (Julia Louis-Dreyfus), their father having passed away when Barley was very young and before Ian had any memory of him. On the day of Ian’s 16th birthday, he is gifted a magical staff and an accompanying scroll – inscribed upon it is a spell that could bring their father back to life for just one day. Unfortunately, there’s a hitch and only their father’s legs materialise. Ian and Barley must go on a quest in search of the Phoenix gem to bring all of their father back before the 24-hour window expires.

The Good: Onward uses its lead voice actors to great effect, with Holland and Pratt both playing to type – Holland’s Ian is the awkward reserved young man who’s coming of age, while Pratt’s Barley is enthusiastic and boisterous if irresponsible. The movie hinges upon Ian and Barley’s relationship as siblings and does a good job of showing how even though they fight and disagree, they ultimately love each other and must be there for each other especially since they have lost their father.

This being Pixar, the animation is superb, even if the film is not quite as remarkable design-wise as some of the studio’s other efforts. There isn’t much in the way of elaborate set-pieces, save for a big climactic battle sequence. There’s still a great attention to detail and there is amusement to be derived from the film’s milieu of a modern world populated by magical creatures. There are several inspired gags that are set up and paid off nicely, as well as a good amount of physical comedy – the film gets a lot of mileage out of the floppy “dummy” that stands in for the missing upper body of Ian and Barley’s father.

Octavia Spencer voices Corey, a Manticore who runs a tavern and whose glory days are somewhat behind her. The film includes a subplot in which Laurel seeks Corey’s help to find her missing sons and ensure their safety. Corey makes for a fun side character. 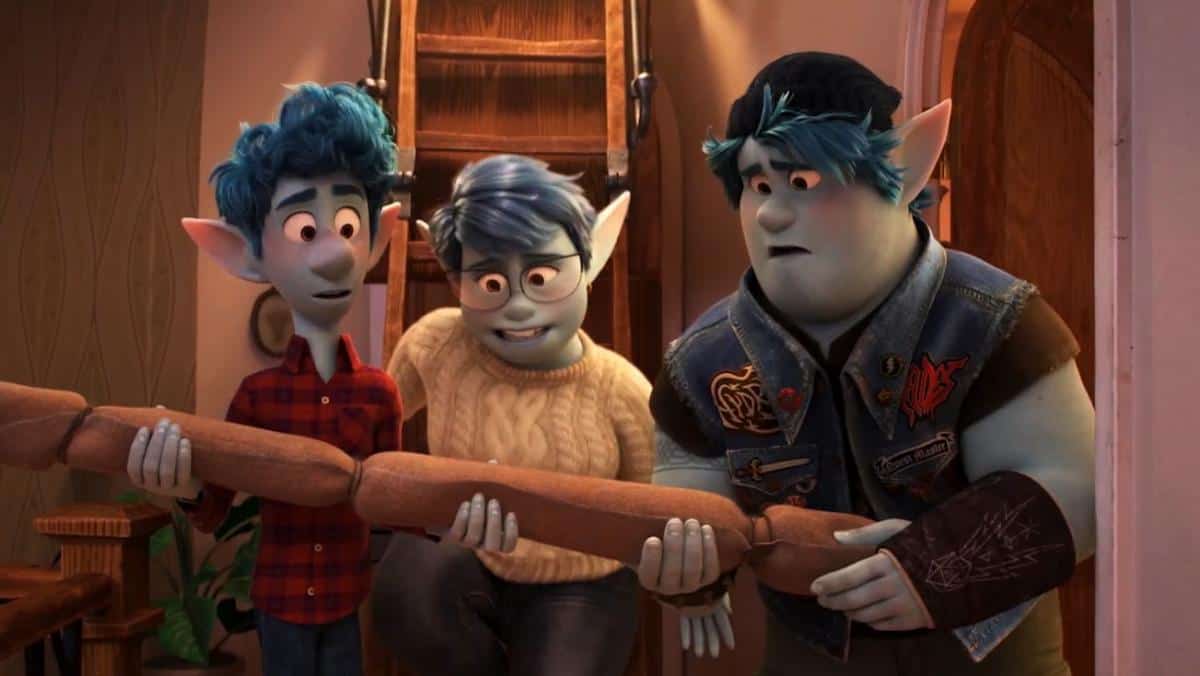 The Not-So-Good: While Onward has the novelty of being Pixar’s first real foray into the high fantasy genre, its plot is extremely generic – it’s a chosen one hero’s journey, right down to the rite of passage that takes place on a significant birthday. It feels like the movie has bursts of inspiration, with serviceable story beats in between. Almost all of Pixar’s movies can be classified as road trip stories in some form or another, and Onward is no exception. We know our heroes will meet colourful characters and get into scrapes along the way, but it feels like Onward falls just a bit short of its full imaginative potential. It lacks the poignancy and the considered observations of other Pixar films – it is effectively emotional and moving, but also often in danger of coming off as emotionally manipulative.

Choose your own adventure: The filmmakers demonstrate a palpable affection for Dungeons & Dragons, Magic: The Gathering and tabletop/card games of their ilk. The film even includes two actual D&D monsters, which appear courtesy of Wizards of the Coast. Once the target of the 80s “Satanic panic”, Onward is yet another sign of how D&D has entered the mainstream pop culture consciousness.

For dad: A big part of what makes the movie work is that there is a personal component for director and co-writer Dan Scanlon, who also helmed Monster’s University for Pixar. Scanlon’s father passed away when he was one and his brother was three, leaving behind a tape recording of him simply saying “hi” and “bye”. The film’s palpable emotional resonance is a result of Scanlon bringing this personal history to the table.

Recommended? Yes – this is not quite Pixar’s best, but it’s still going to find a devoted audience.