The Low-Down: Jordan Peele has quickly established himself as a modern-day master of horror filmmaking, having won an Academy Award for Best Original Screenplay for Get Out, and following it up with Us. All eyes were on Peele to see where he would go next, and with Nope, Peele has our eyes pointed skywards. 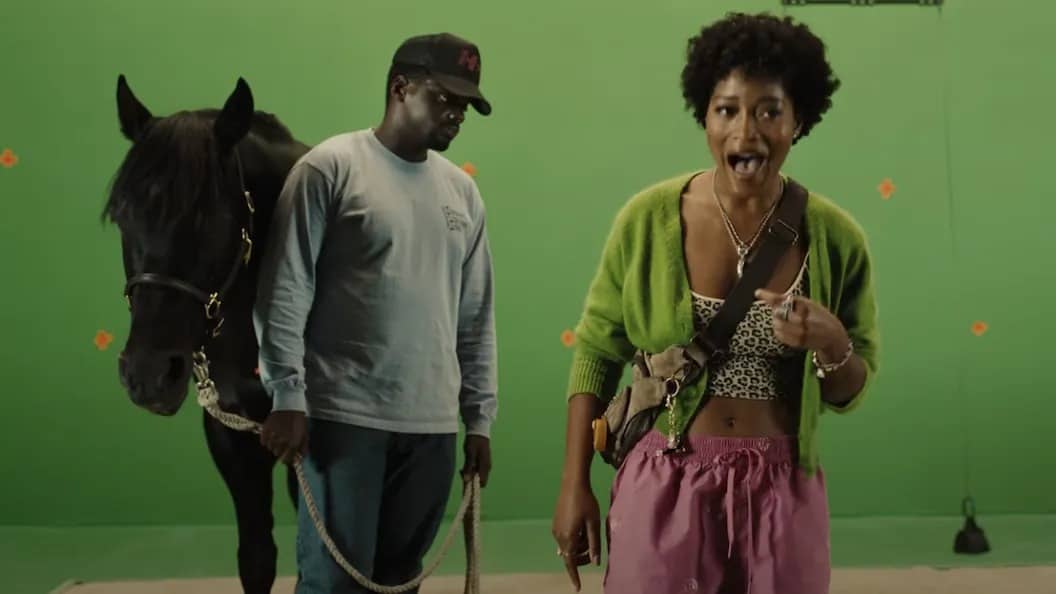 The Story: Otis Jr. “OJ” Haywood (Daniel Kaluuya) and Emerald “Em” Haywood (Keke Palmer) are the children of Otis Haywood Sr. (Keith David). The family business is Haywood’s Hollywood Horses, based in Agua Dulce, California and supplying horses for film and TV productions. The family is descended from the jockey featured in one of the very first motion pictures, depicting a galloping horse. The business has fallen on hard times, and after Otis Sr. dies in a freak accident, OJ sells several of the horses to Ricky “Jupe” Park (Steven Yeun), the proprietor of the Western-themed Jupiter’s Claim theme park. 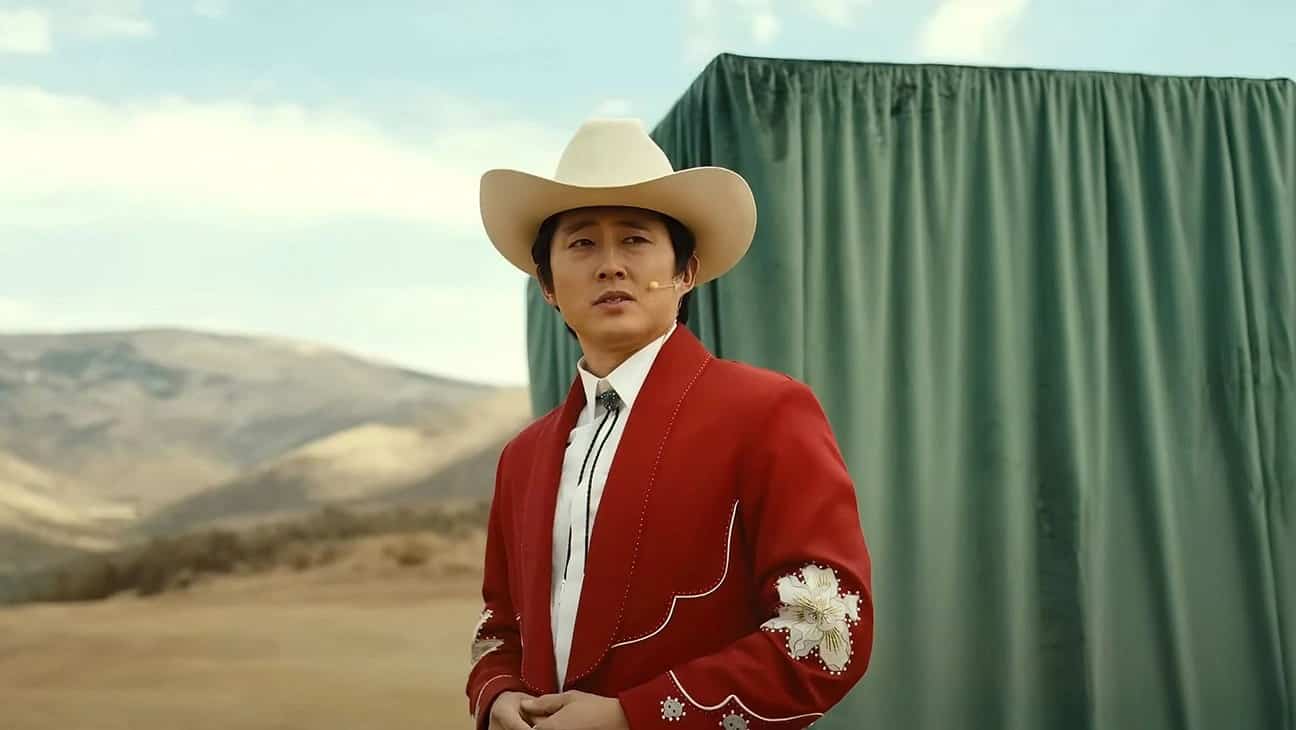 As mysterious activity takes place in the skies, OJ and Em decide they want to document the unidentified phenomena, producing irrefutable evidence of extra-terrestrial beings that will then make them rich and famous. Angel (Brandon Perea), a salesman at Fry’s Electronics, and Antlers Holst (Michael Wincott), a legendary cinematographer, get roped in to OJ and Em’s scheme. Meanwhile, Jupe plans an ambitious new show for his carnival called the Star Lasso Experience, one with the potential to go horribly awry. As the true nature of what is hiding behind the clouds is revealed, our heroes get more than they bargained for.

The Good: Given the increasingly corporate nature of big-budget filmmaking, it is rare to see directors get to make original movies on a grand scale. Peele’s prior successes have granted him “blank check” status, and it’s clear that he’s always motivated by a desire to explore certain ideas, instead of just making movies because that’s what’s expected of him. Peele’s knowledge of film history and love for the medium inform his work, leading to a textured, affectionately made result. This is Peele declaring how much he loves movies, while also laying out some of his frustrations with the current state of the industry. The actors are all charming, especially Keke Palmer, whose Em is neither damsel in distress nor gun-toting Ripley-esque heroine, feeling remarkably like a real person in a genre where characters are often very archetypical.

There are genuinely unsettling moments in Nope and some set-pieces that overflow with tension and dread, but for this reviewer, the best parts of the movie have nothing to do with the main UFO plot – or least, seem to have nothing to do with it at first. Much of the conversation about the movie surrounds a horrific flashback sequence detailing a supporting character’s tragic backstory. The movie works best if one knows as little about this as possible and has grim but insightful things to say about the monetisation of trauma. 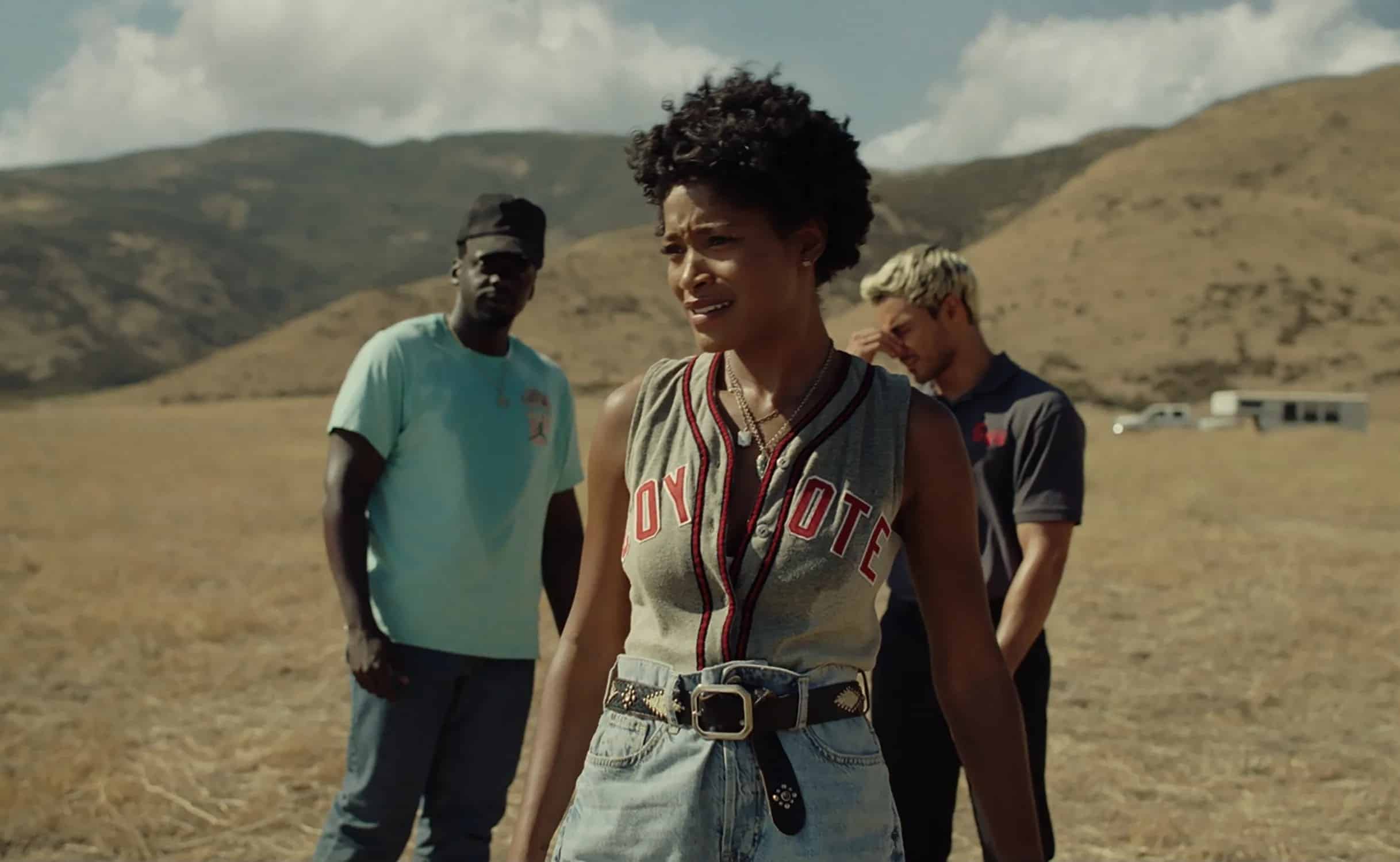 The Not-So-Good: Part of what made both Get Out and Us spine-tinglingly effective were the elaborate conspiracies Peele had constructed that provided the backdrop for both movies. By contrast, when we are given the explanation as to what is really going on with the strange object hiding in the cloud, it doesn’t feel quite as satisfying. It makes sense within the framework of the movie and given the prior set-up, but there isn’t that feeling of everything clicking into place, of horrifying realisation, that some viewers might be hoping for from Nope. There is a lot of set-up, and several scenes of OJ and Em hanging out with Angel might seem a little pointless. Peele’s movies are at the centre of the ongoing debate about “elevated horror” and if attempts at making highbrow genre movies are worthy or pretentious. For audiences who have already dismissed Peele as high-falutin’, Nope is unlikely to change their minds. 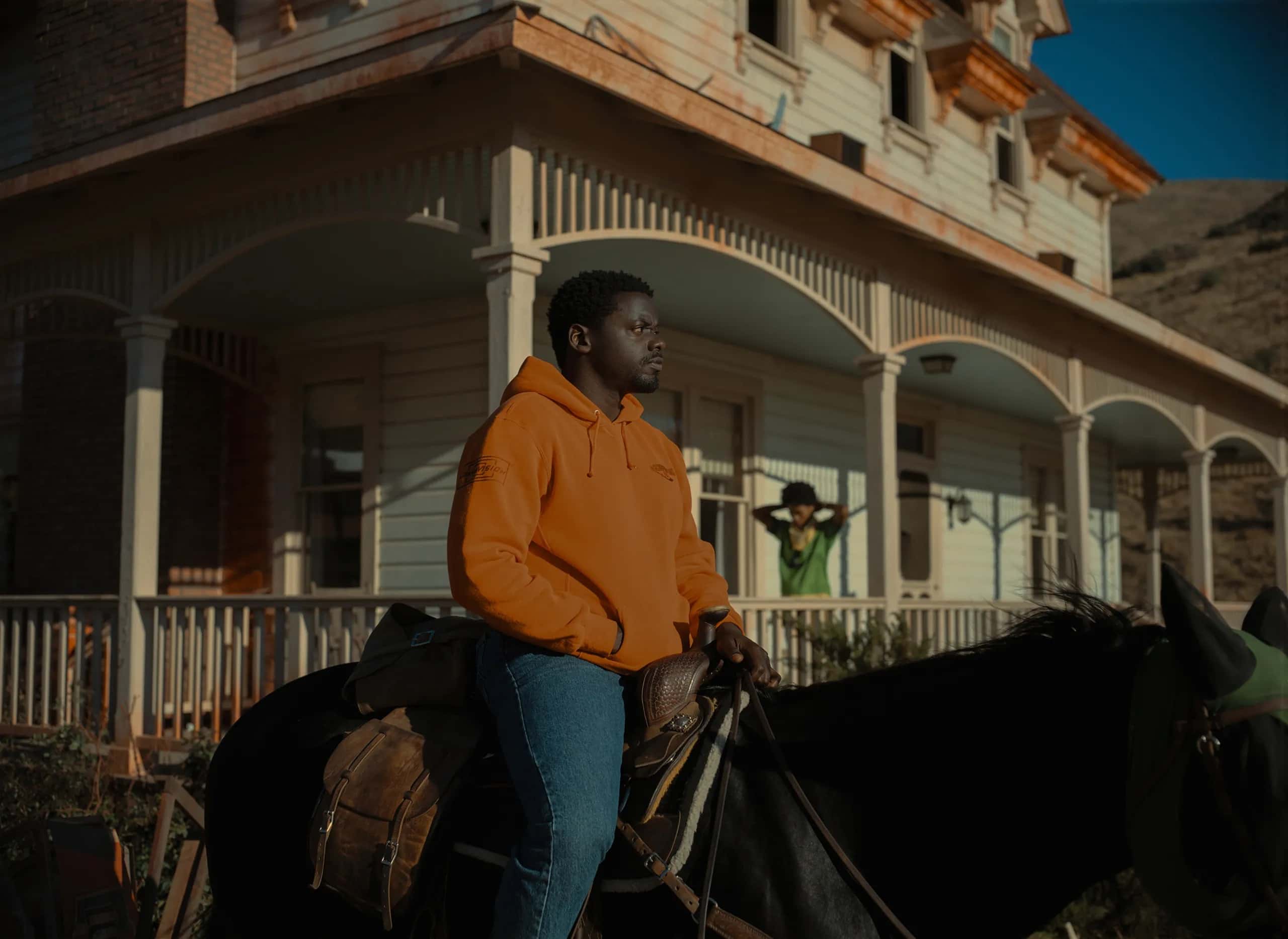 Behind the spectacle: Nope is Peele’s commentary on spectacle, on the role of spectacle in movies and audiences’ relationship to it. Inspired in part by Spielberg movies like Jaws and Close Encounters of the Third Kind, Nope attempts to interrogate our love affair with big, glossy crowd-pleasers, while trying to be one of those movies itself. The movie’s cinematographer is Hoyte Van Hoytema, who has collaborated with Christopher Nolan on Interstellar, Dunkirk, Tenet and the upcoming Oppenheimer. Nope lays claim to being the first horror movie filmed in IMAX. There are some truly impressive shots in the movie, and it is unlike the production line spectacle moviegoers have become accustomed to. Given the news of overworked visual effects artists driven to their breaking point making the Marvel Cinematic Universe movies, the nature of cinematic spectacle is something worth thinking over. Nope also has things to say about the ethics of the use of animals in entertainment, the cycle of exploitation in the name of profit, and how that relates to mankind’s presumed supremacy over nature and other forces.