From Mr. and Mrs. Smith and Gigli to Killers and Please Kill Mr. Know-It-All, ‘hitman screwball comedies’ could be a subgenre unto its own, albeit one that hasn’t exactly yielded works of outstanding quality. The latest entry in this quirky bunch is Mr. Right, starring Sam Rockwell as the title character. Mr. Right is a loopy but scarily efficient contract killer, who, abiding by a twisted morality, has decided to turn the tables on those who hire him by killing them instead of the intended targets. He runs into Martha (Kendrick), a young woman still hurting after a bad breakup with her cheating boyfriend. The duo develop a fondness for each other and Mr. Right is ready to give up his unsavoury career to be with her. Unfortunately, his mentor-turned-nemesis Hopper (Roth) is on his tail, and Mr. Right also finds himself embroiled in a gang power struggle between brothers Richie (Mount) and Von (Ransone). Martha must ask herself this: “is it a deal-breaker if people are constantly shooting at my boyfriend, and that he’s shooting back?” 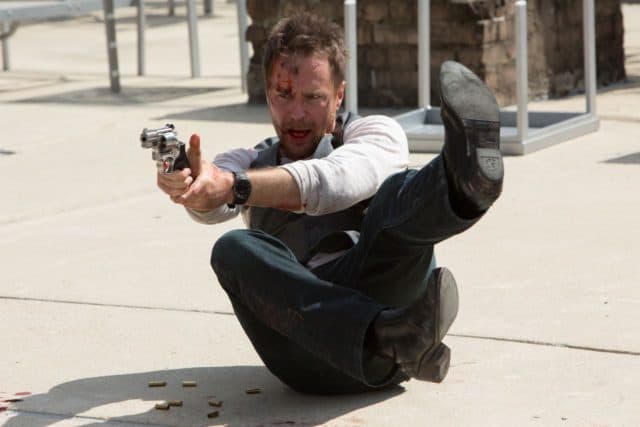 Mr. Right is directed by Paco Cabezas, from a screenplay by Max Landis. Landis has quickly become one of the hottest screenwriters in Hollywood, with his scripts for Chronicle, American Ultra and Victor Frankenstein getting produced in quick succession with several more high-profile projects to follow. More jaded industry watchers (i.e. most of them) will attribute Landis’ success to the fact that his father is director John Landis. The younger Landis has displayed a markedly unlikeable attitude in interviews and social media interactions, so it’s no surprise that Mr. Right is glib and smug the whole way through. The action-romantic-comedy is aiming to be edgy and subversive, but is bogged down by clichés from both the action and the rom-com genres from the get-go: we counted at least three pop songs in the opening 10 minutes. There’s a nervous energy and some of the jokes do land, but the complete lack of sincerity makes it hard to connect to. 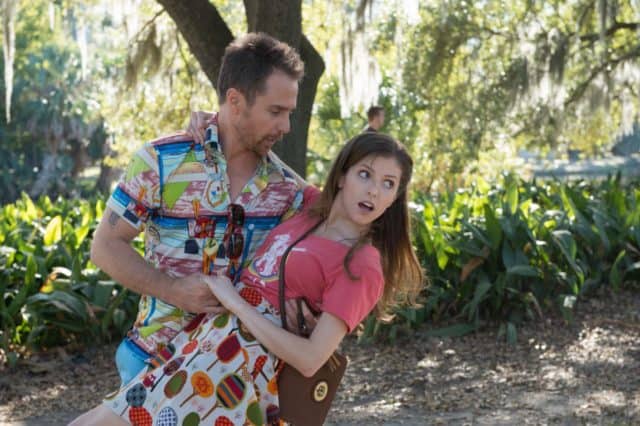 Both Rockwell and Kendrick are immensely watchable actors and on the surface, it would seem Mr. Right plays to both their respective strengths and yet, it isn’t the best use of their talents. The set-up of a relatively normal gal falling for an enigmatic, dangerous assassin doesn’t take hold because both Martha and Mr. Right come off as over-the-top caricatures. Kendrick turns the adorkable hyperactive cutie thing up to 11, which is overwhelming rather than endearing. Rockwell has the unique ability to be simultaneously slimy and charming, but at the end of the day, we’re supposed to root for the couple to be together, instead of merely cocking our heads at their off-kilter chemistry. The aim is apparently for a less abusive Joker-and-Harley-Quinn-esque relationship to blossom, and while it’s obvious that the filmmakers want to steer clear of a standard rom-com progression, Martha and Mr. Right’s romance still unfolds in a predictable general pattern. 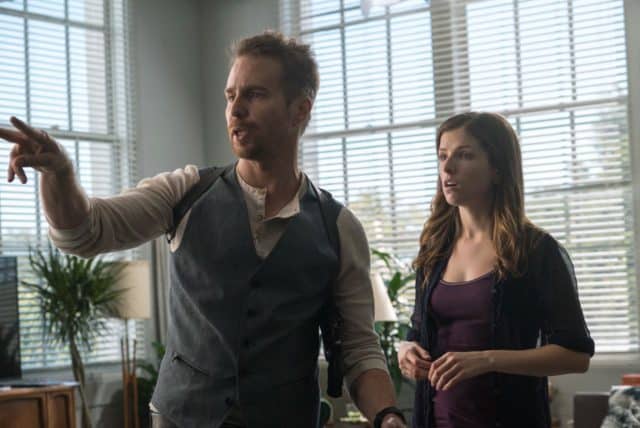 As the main antagonist, Roth is pretty entertaining, putting on a goofy Alabama accent when his character is in disguise as an FBI agent. There’s meant to be an extensive personal history between Hopper and Mr. Right and to the film’s credit, there isn’t a lengthy exposition scene where said history is spelled out to the audience. However, their contentious relationship over the years doesn’t get satisfactorily fleshed out; their big confrontation nowhere near as explosive as it should be. The mobsters, with their Jersey drawls, slicked-back hair and patent leather jackets, are generally too goofy to be truly threatening. The big surprise here is RZA as beleaguered hitman Steve, who finds himself stuck with a rickety old shotgun while the other guys get automatic weapons. RZA is one of those rappers who also fancies himself an actor, the results thus far ranging from dull to laughable. He actually has considerable charisma here. 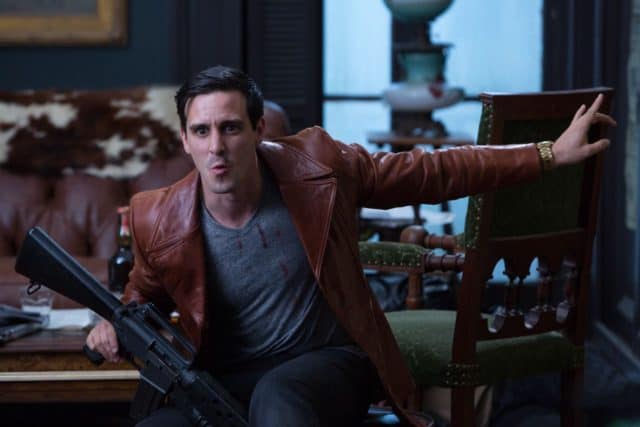 Mr. Right has its moments when the cynical humour and slick action click into place, but for the most part, it is stuck feeling firmly like the work of people who are way too pleased with themselves for their own good. Because of its undercurrent of flippancy, which often mutates into an overcurrent, there’s not very much to grab onto. The in-your-face silliness might be viewed as some to an antidote for the po-faced action thrillers that are the norm now, but Mr. Right doesn’t earn our suspension of disbelief. Those in search of a satisfying, sure-footed action-comedy won’t find their match in Mr. Right.